She Didn't Read the Fine Print, and Now Her Photo is Being Used in Ads All Over the World 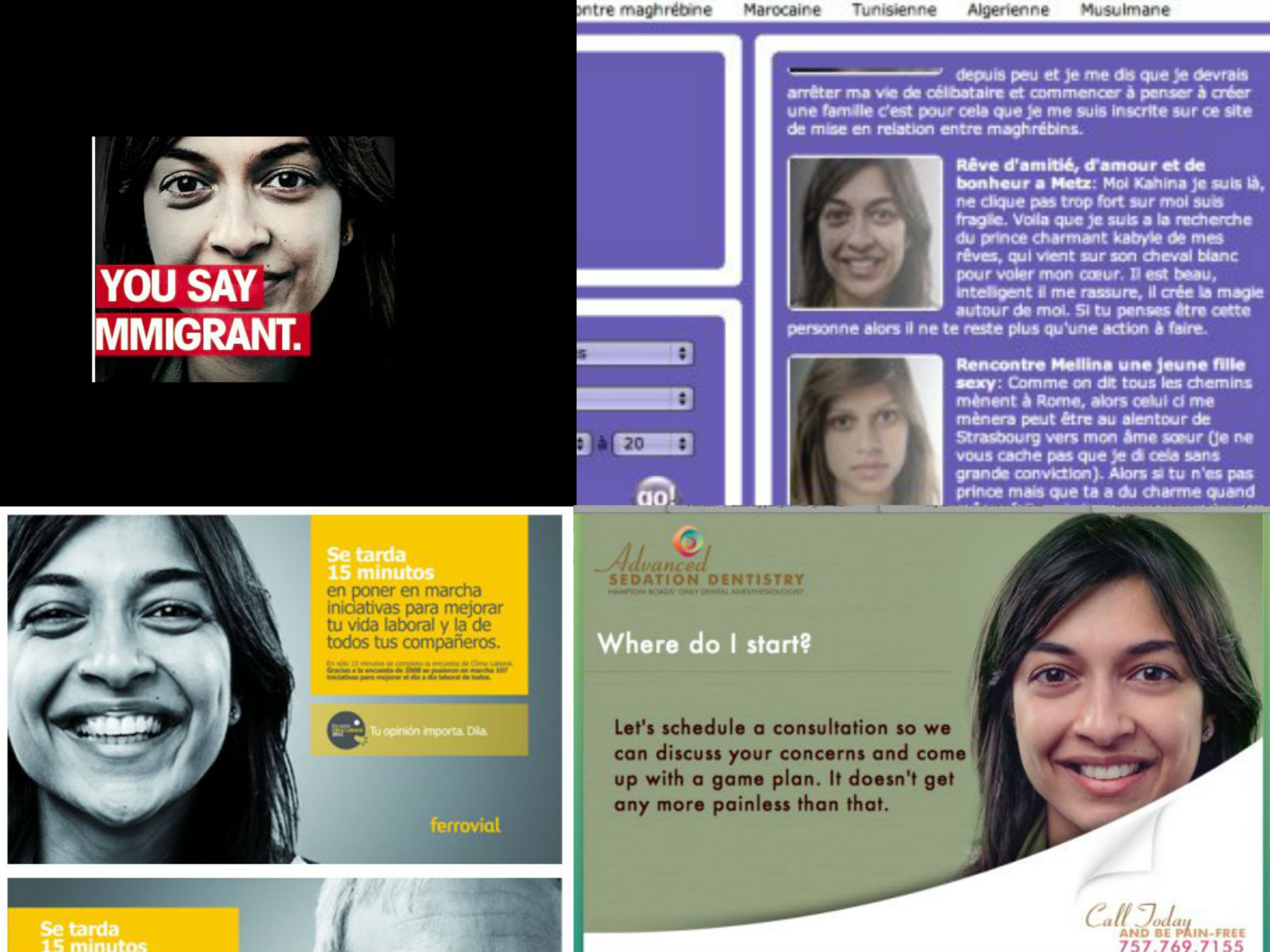 Shubnum Khan, an author and artist from South Africa, posed for a free photo shoot with a photographer many years ago.

She and the friend that did the photo shoot with her didn't think much about it at the time, and neglected to read the fine print when they signed the model release forms.

Then, about six years ago, a friend of Shubnum's noticed an advertisement for immigration halfway around the world in Canada. The woman in the advertisement looked a lot like Shubnum.

So today I'm going to tell you the story of How I Ended Up with my Face On a McDonald's Advert in China - A Cautionary Tale. Six or so years ago, a friend in Canada posted a pic on my FB wall to say she found an advert of me promoting immigration in a Canadian newspaper. pic.twitter.com/QJ0nWpYNmQ

As it turns out, the woman was Shubnum.

Imagine her surprise when she realized her face was being used for the ad.

She had no idea what the campaign was for, nor had she been involved in the immigration fight in Canada.

Then it dawned on her...

Her friend reminded her of the time years before that they posed for the free portraits with the photographer.

It feels like I sell everything! If I'm not welcoming immigrants to Canada, I'm selling carpets in NYC, leading treks in Cambodia, or looking for love in France.

Let's start with something light: here I'm the face for dental sedation in Virginia Beach. Innocent enough, you say, pic.twitter.com/KScqqLCoLx

As it turned out, the small print that Shubnum and her friend neglected to read gave permission to the photographer to sell the headshots to stock photo agencies.

Not only that, the fine print stipulated that the photographer needn't give any credit, ask for further consent, or provide any sort of financial compensation to Shubnum, her friend, or anyone else that was photographed.

And then suddenly all this facial work has you getting attention and you're Dina M, with a baby and post pregnancy melasma until Dermolyte comes to the rescue and gives you photoshopped finished skin. pic.twitter.com/uC0BXZfiwU

At first, Shubnum looked on the bright side and laughed about the notion that her face was being used in advertisements all over the world.

But then she discovered that the images of her were being used in false testimonials. So, she started sharing them on Twitter to bring attention to the issue.

I can also take on new identities. The most shocking of these are adverts to teach & care for kids - so who is actually with the kids? When I asked the photographer abt this, he says I signed away rights to 'distortion of character including false names'. pic.twitter.com/2MzIZPAfi5

From dating sites to skin cream ads to promotional materials for McDonald's, Shubnum's photo is being used to promote products that she's never used before.

And on one website, her photo is used in conjunction with the name Phoebe Lopez, a campaign manager from San Francisco that clearly doesn't actually exist. Other sites have promoted alter egos of Shubnum as being a tour guide, a tutor, and a foster care worker.

Part of the fine print she didn't read included the statement that her images could be used for "distortion of character including false names." Thus, all the testimonials and outright lies about who the person in the picture actually is.

If you're wondering how Shubnum discovered all of these advertisements and testimonials that used her photo, it has been through diligent work with Google's reverse image search.

She's since found images of her not just in ads and testimonials, but on magazine and book covers as well.

If you've ever participated in a free photo shoot, you might want to follow her lead and see if photos of you are floating around the internet.

How I became a stock shot…Shubnum Khan had no idea her face was being used in ads and campaigns across the world, from immigration in Canada to a dating agency in France - #Impact on @BBCWorld News pic.twitter.com/pfBDbd7hNL

Though she fully understands that it's her fault for not reading the fine print, Shubnum still wants her experience to be a warning to others.

“So, if anything use my story as a cautionary tale," she writes. "Don’t sign up for free photoshoots, read what you sign and also don’t believe most of the things you read on the internet.”

On the bright side, after talking with the photographer, he agreed to remove Shubnum's photos from his website, though he did note that everything he did was perfectly legal.