These NASA Photos of Earth Will Blow Your Mind 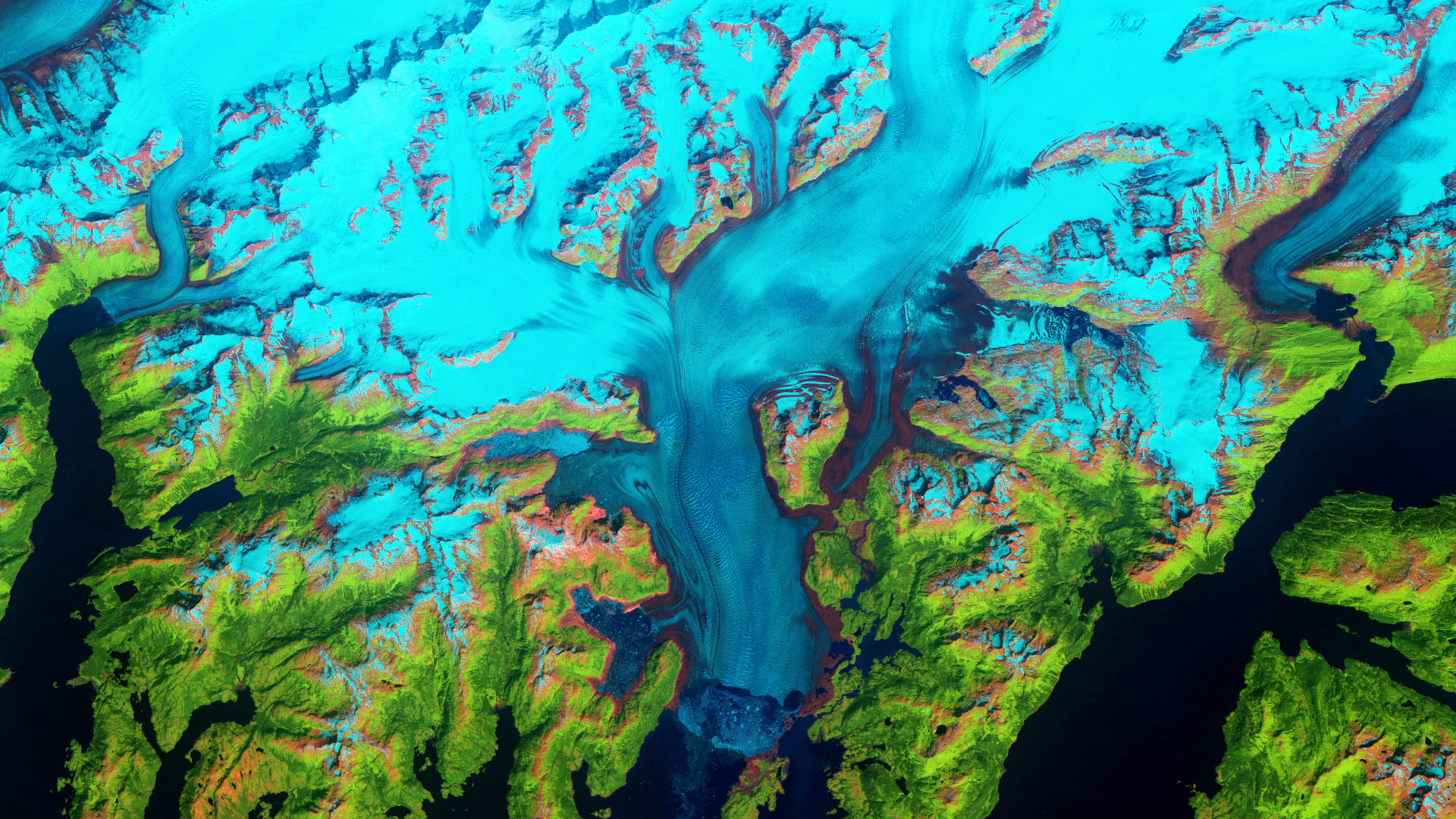 It's no secret that Earth is really freaking beautiful.

It's also no secret that NASA has some big, fancy cameras flying around in space that take some impressive photos of our little planet.

But despite knowing these things, it's still difficult not to be completely blown away by some of NASA's latest images of Earth.

Unfortunately, some of these NASA photos of Earth aren't just for show - they're to highlight how the planet is changing, and it's not changing for the better. 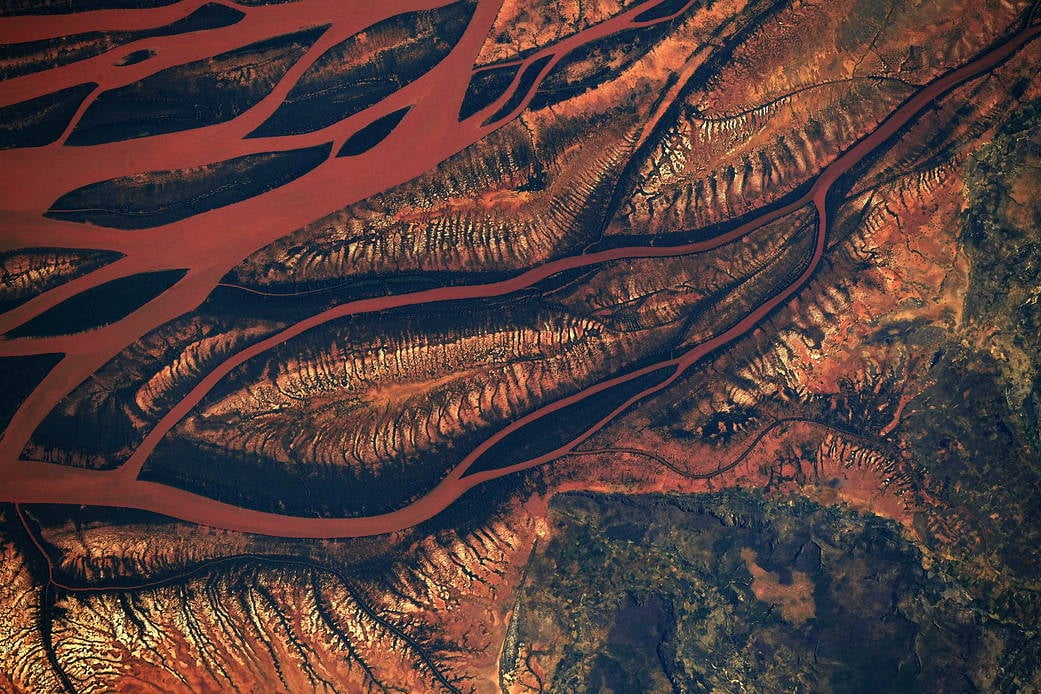 Take this photo of Madagascar as a perfect example.

Though the deep red fingers of rivers flowing through the Betsiboka Estuary are quite beautiful, they highlight how the rainforests and coastal mangroves upstream have been completely decimated, allowing floodwaters to descend more quickly downstream causing increased erosion.

Editor's Tip: Taking a photography trip is one of the best ways to see the world and learn new skills. See why photographing the Alps should be on your short list of things to do this year. 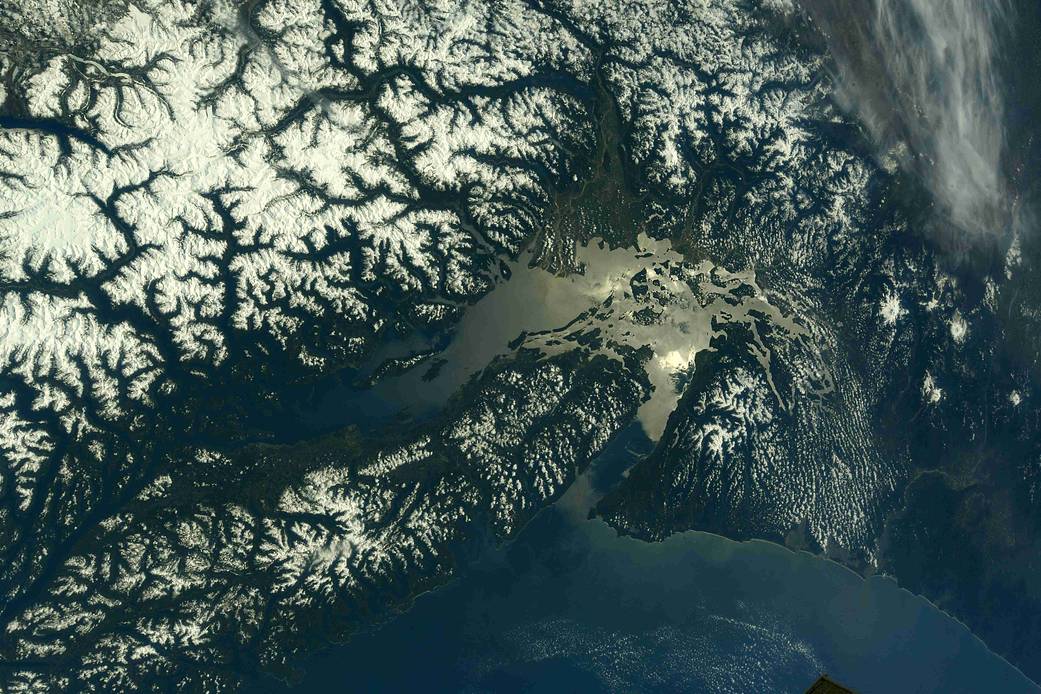 To show off the beauty of our national parks, earlier this year, NASA astronaut Ricky Arnold took this photo of Mount Rainier National Park from 17,500 miles above it on the International Space Station.

What's interesting about this image is that it was a perfectly clear day below with a full view of the mountain that's often shrouded in clouds.

In what I think is one of the most breathtaking NASA photos of Earth in recent years, this false color image of the Columbia Glacier in Alaska was captured by NASA's Landsat satellites using Thematic Mappers, Enhances Thematic Mapper Plus, and Operational Land Imagers on four different satellites.

Editor's Tip: You can't take great photos if you don't know how to work your lens. Learn how to read the markings on your camera lens.

With that mixture of wavelengths of light, snow and ice turns into a bright cyan color. Vegetation, on the other hand, is bright green, clouds appear as white or orange, and the open water of the sea is a dark blue.

The brown areas of the photo are exposed bedrock and the gray areas on the glacier's surface is rocky debris.

Over the past 30 years, the glacier has retreated a whopping 12 miles and lost half its thickness and volume, processes that scientists believe are due to global warming. 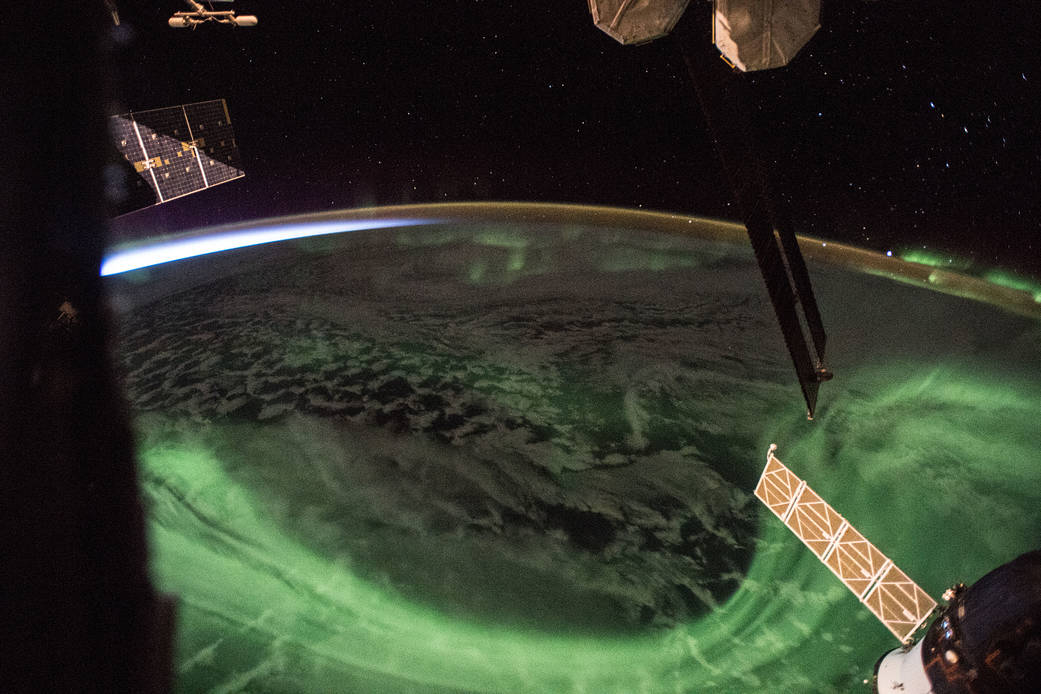 This photo of the auroras at sunrise was captured by Ricky Arnold from the International Space Station.

In this instance, the auroras - which result from energy particles from the sun entering Earth's atmosphere - occurred over the southern hemisphere.

After about three days of travel through space, the solar particles hit Earth's magnetic field, which causes the release of particles already trapped near the planet.

In turn, this triggers reactions in the atmosphere in which nitrogen and oxygen molecules release photos of light.

Not a bad show, right? 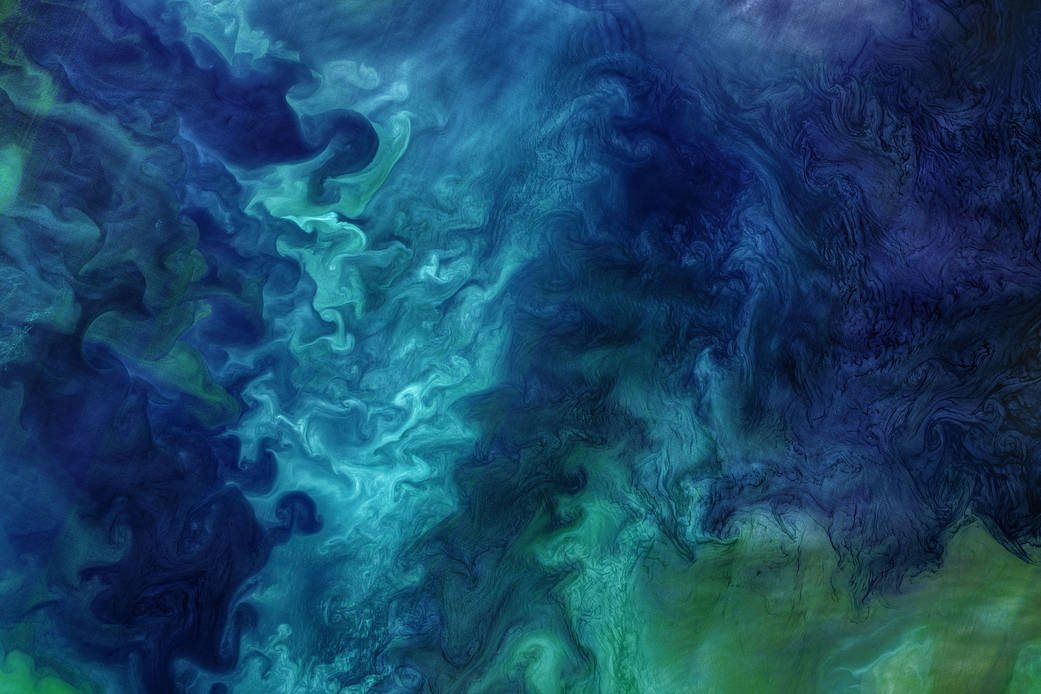 This image of the Chukchi Sea off the Alaskan coast shows blooms of phytoplankton coming to life in the spring.

As you can see, the blooms create incredible patterns in the water, ranging from light blue to dark blue, light green to dark green.

This photo, which was taken in June 2018 by the Operational Land Imager on NASA's Landsat 8 satellite, captures a common occurrence in the waters off the Alaskan coast each spring.

And that, my friends, is a good thing, because I could look at photos like this all day long!