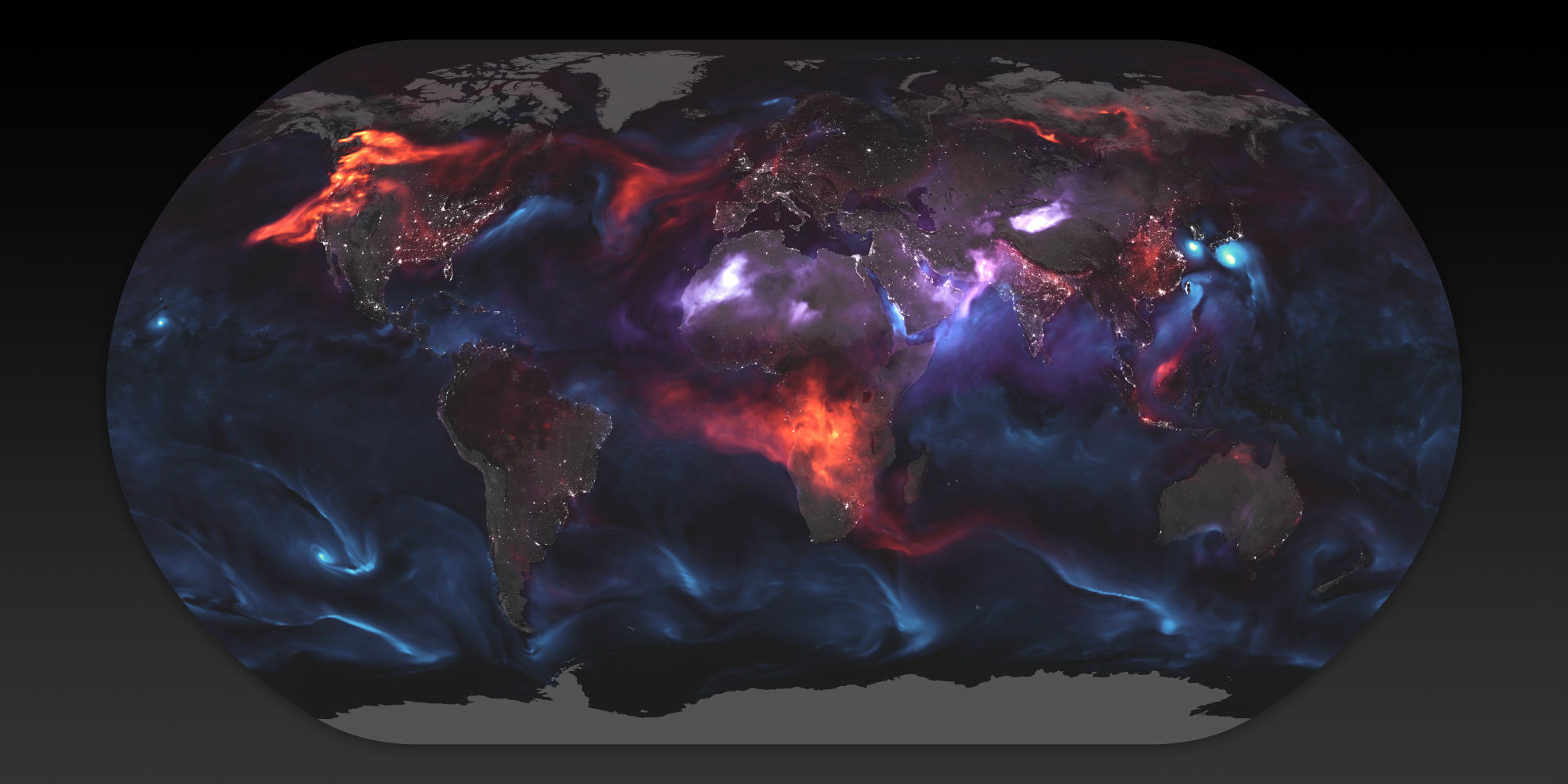 There's nothing like taking a big breath of fresh air.

But even if the air you breathe looks and feels perfectly clean, it's not.

That's because tiny liquid droplets and solid particles known as aerosols populate the air we breathe on planet earth.

But when you take a world view of all the aerosols in the air, as NASA has done in the images above and below, all those aerosols turn into something that's actually quite beautiful. 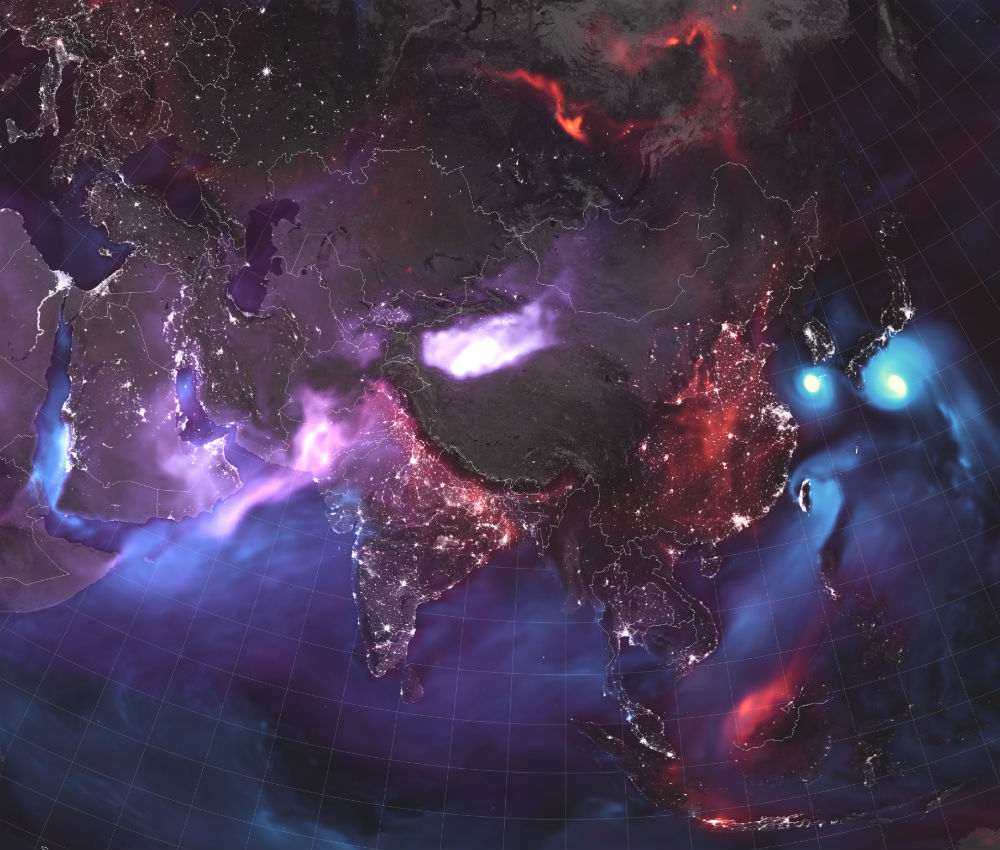 The breathtaking photo of earth above, for example, shows how the earth's atmosphere looked on August 23, 2018.

Obviously, these aerosols aren't actually colored blue, red, and purple, but using false color imaging like this helps NASA figure out what's going on down here on the earth's surface.

There's no less than hundreds of wildfires, one hurricane, two typhoons, and a few dust storms showing us earthlings what they're made of.

And while some of these elements are incredibly dangerous and have unfortunately taken lives and caused immense damage, from up above and with NASA's false color magic, earth's tumultuous weather sure does have an elegant and beautiful look to it.

To learn more about how NASA obtained these images, visit the NASA Earth Observatory website.

Via NASA Earth Observatory and KFOR