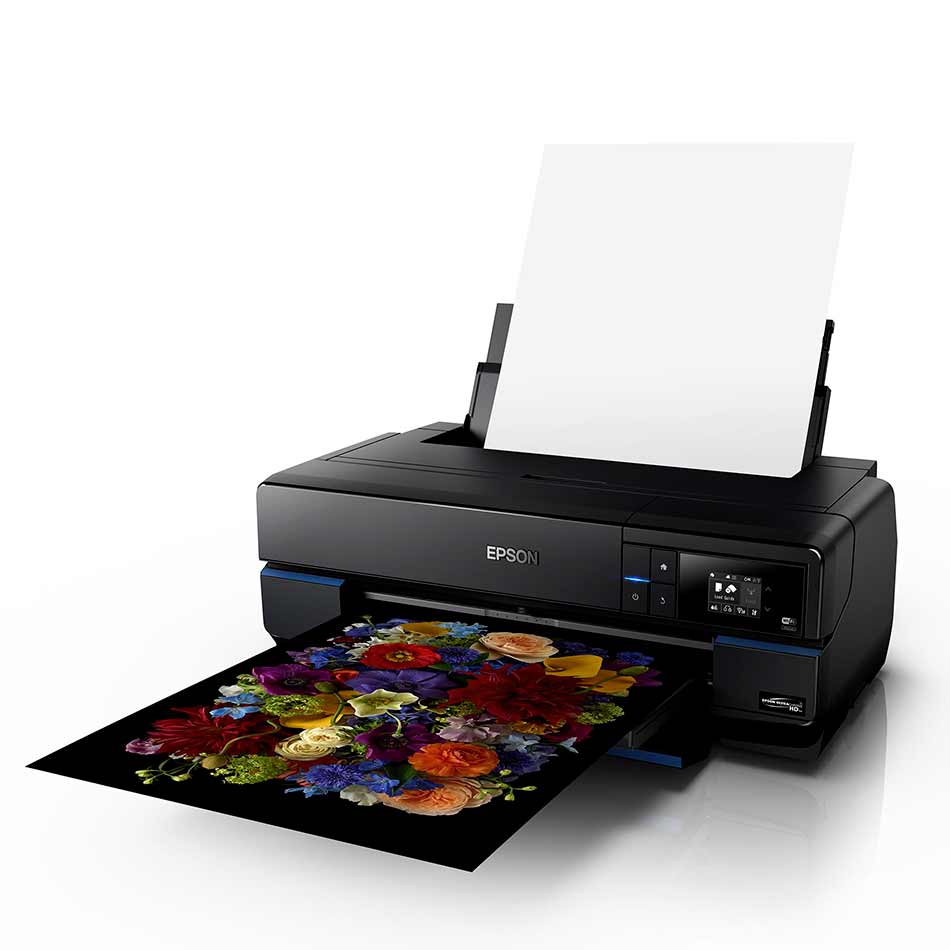 Let's call things as they are...

The various Canons that I've had over the years have more or less served me well, but the last one I had was getting long in the tooth. More importantly, it was a little lackluster when it came to performance.

So, when I decided to upgrade my printer, I decided that a change was needed. I chose the Epson SureColor P800, and after having it for a few weeks, I'm ready to say that it was a great decision on my part! 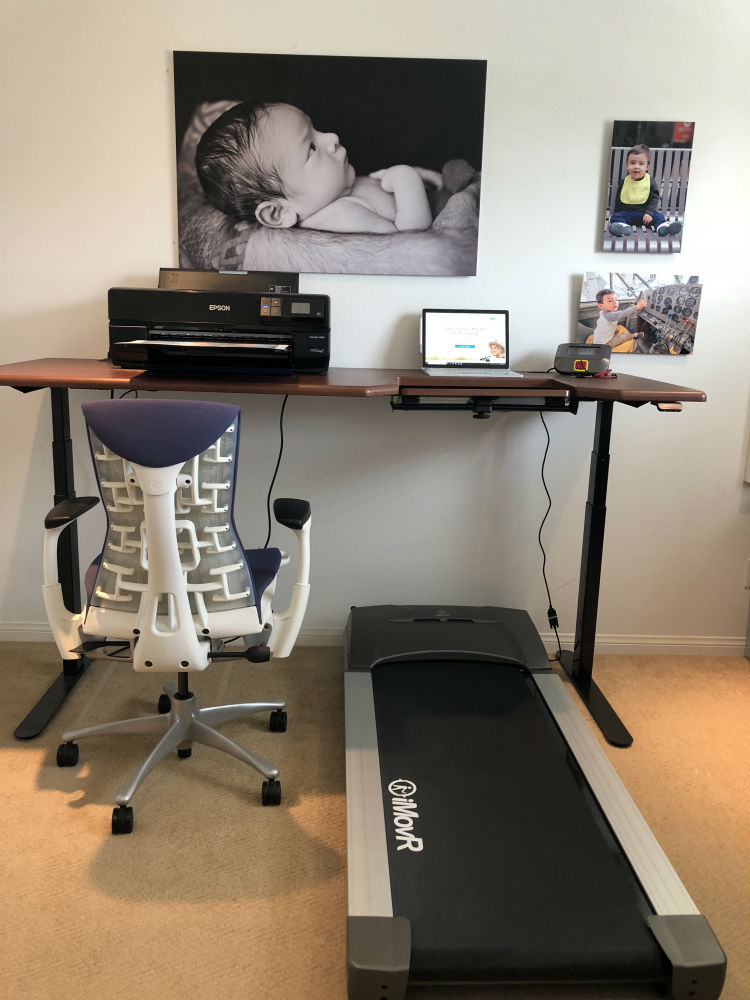 First things first - the color created by this printer is absolutely astounding.

I mean, I thought my Canon printers did a good job, but compared to the Epson, there's no competition whatsoever.

Using the Epson UltraChrome HD ink cartridges that came with the printer, I've created some pretty awesome prints - even large format ones given that the printer can handle paper and other media up to 17-inches wide.

What's more, I can make borderless prints for a clean, gallery look for my images. And I can make a lot of prints given that the ink cartridges hold 80ml of ink. That's production capacity, my friend!

That's not to mention the incredible quality you get from printing black and white photos - there's a richness to the blacks and a brightness to the whites that goes well above and beyond anything I could get with my old printers. 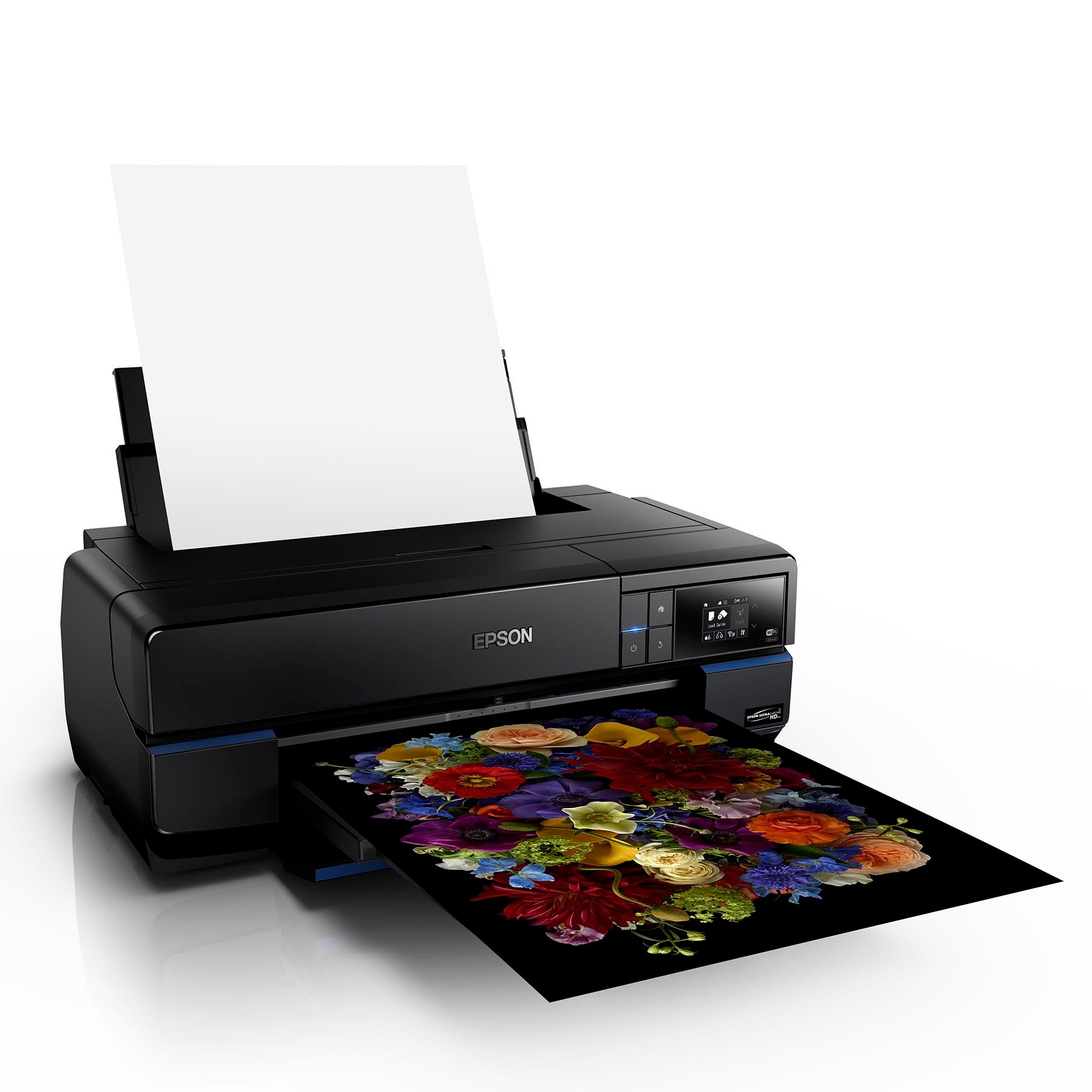 Another feature I have to point out is the size of this printer.

Now, you probably can't describe a printer capable of using 17-inch-wide media as being small, but considering that this thing puts out professional-quality gallery prints and sits on top of my desk is pretty impressive.

Sure, it takes up more space than my old Canon printer, but hey, it's worth giving up a few inches of real estate on my desk for prints like this.

In addition to packing a lot of punch in a desktop package, this printer is incredibly easy to use.

It's compatible with Apple AirPrint and Google Cloud Print, and you can connect to it via USB 2.0, 100MB ethernet, or Wi-Fi, so no matter how you need to print your photos, this Epson has you covered. 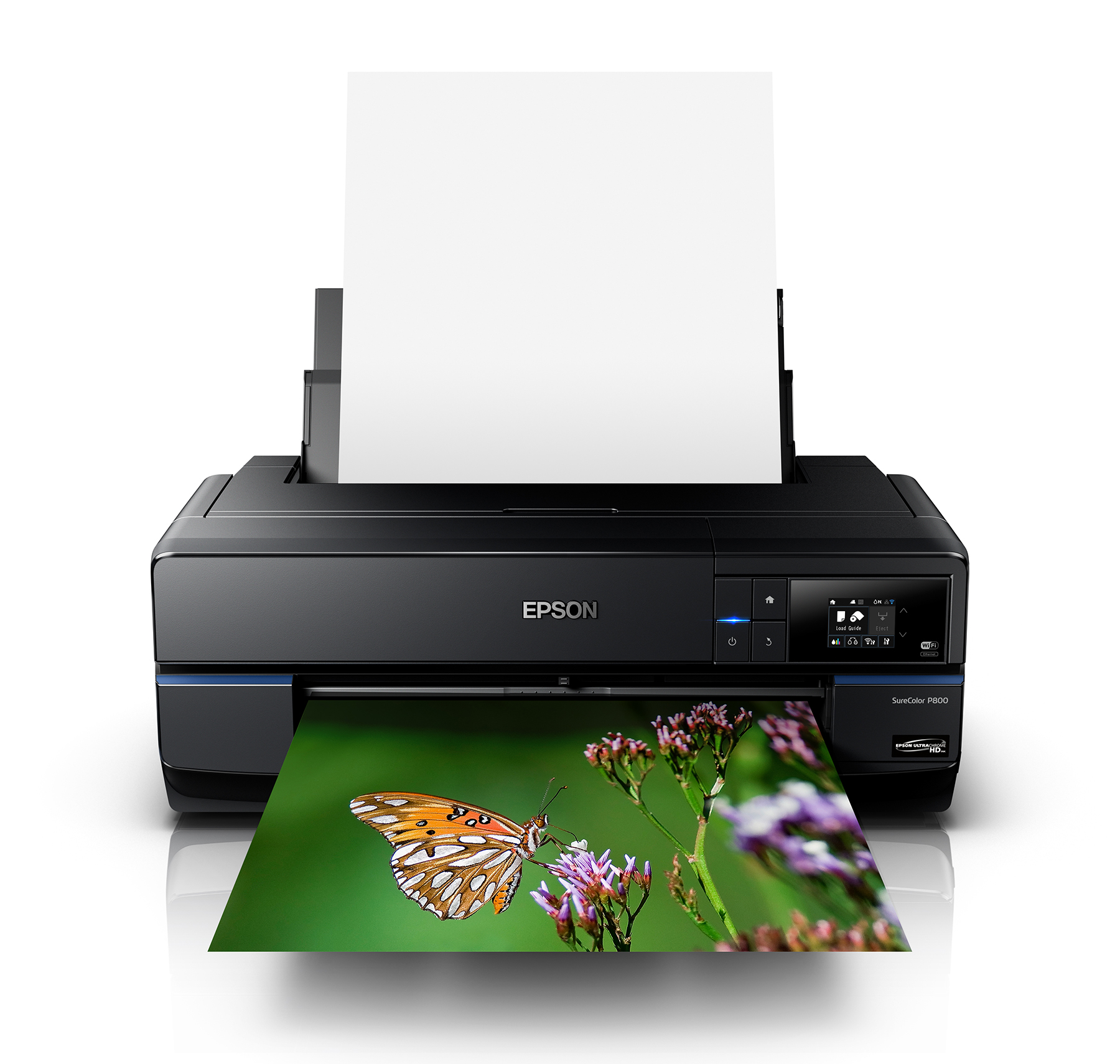 Speaking of ease of use, I've especially enjoyed the intuitive interface that Epson has built into this printer.

The large 2.7-inch touchscreen is easy to read, especially because it tilts for easier viewing. The color LCD is bright, and the printer's menu system sports a simplified workflow that anyone can master.

This printer also features Epson’s Print Layout utility, which is a standalone application for both Windows and Mac. Print Layout gives you a step-by-step selection of frequently used printing options, including color settings, layout, and printer selection that makes printing quick and easy.

Add to that the fact that this printer is built like a tank. When someone mentions "inkjet" printers, it's not uncommon to conjure up images of cheap plastic printers that you buy your kid when they go to college.

But in this case, the Epson SureColor P800 is a fine example of what an inkjet printer can and should be. In fact, I'd say it's more like professional Epson printers in terms of its build quality than anything else.

I've only had it for a few weeks, but I can already tell that this thing is going to be a workhorse for me... 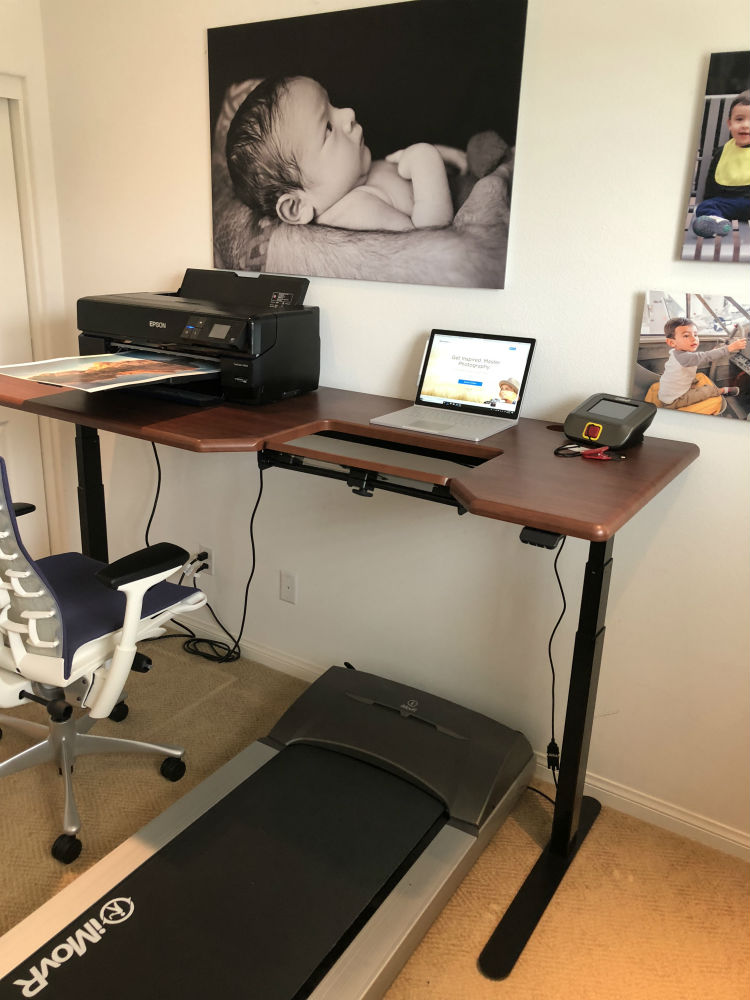 A final experience I've had with this printer that I'd like to point out is the ease with which I was able to set it up and start printing.

Like most printers, the longest part of the process was simply unboxing it and removing all the security tape.

But, honestly, after about 15 minutes I had this rig up and rolling on my desk and was able to print my first image.

My first test print was at 1440dpi at high speed, so I wasn't expecting too much regarding print quality. I was wrong.

That's not a print quality or speed I'd use to create a gallery print, but, man, was it impressive to look at just the same!

I know I've been gushing over this printer, and that's something I try not to do when writing reviews.

But I'm honestly so excited to have this printer and have the ability to print better images from my home office.

Don't take my word for it though...take a tour of this incredible printer in the video above.