Bad Weather? No Problem. This Guy Has Perfected the Art of Chasing (and Photographing) Storms 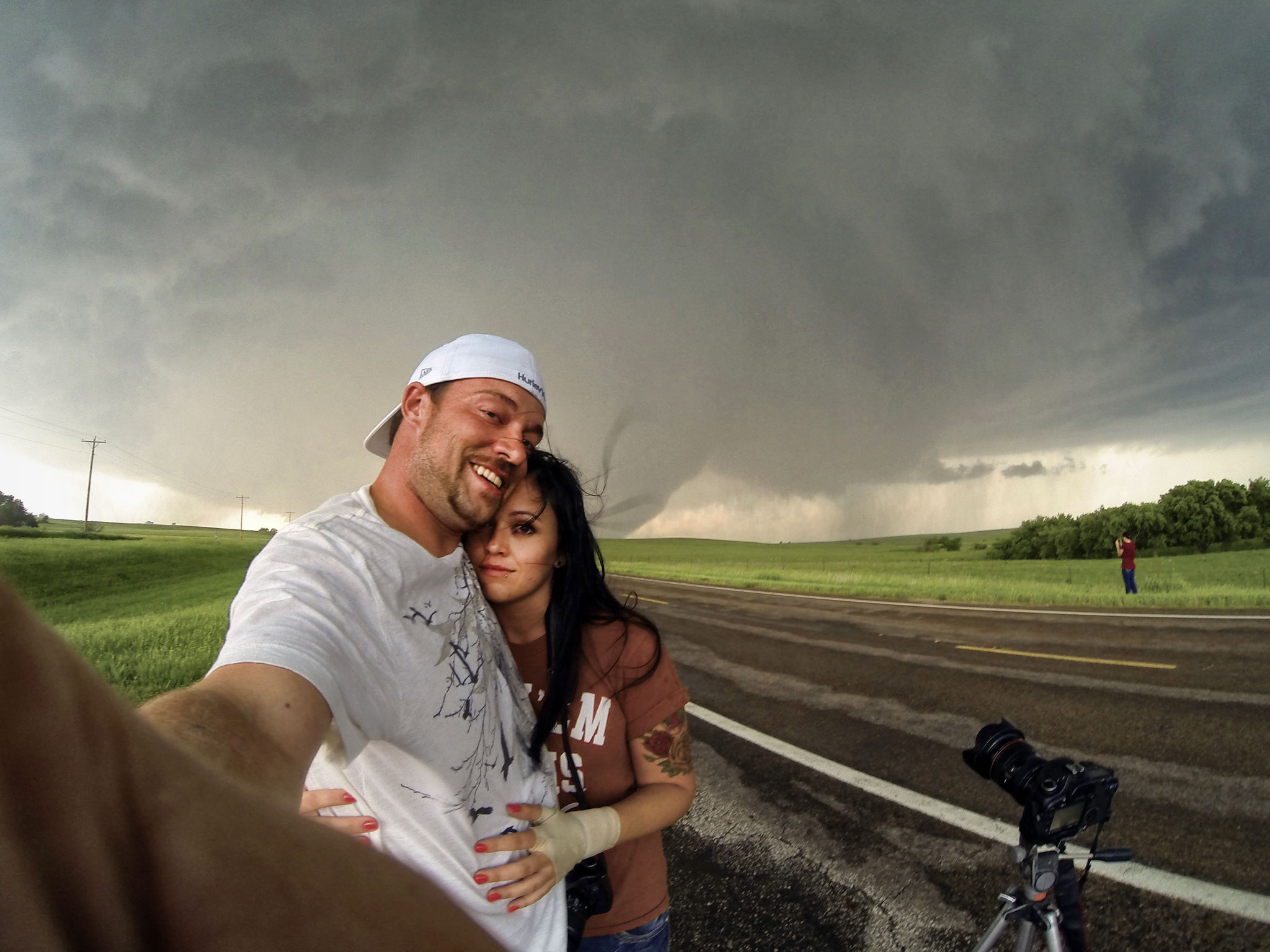 Living in Southern California as I do, I don't get to see supercell thunderstorms and tornadoes.

And maybe that makes me appreciate that kind of weather even more, but whatever the case, I love a great photo of lighting, ominous skies, and other weather events.

Jason Weingart does too, which is a good thing because he's from Texas - where turbulent weather is often on display - and he's a damn good storm chasing photographer, too. 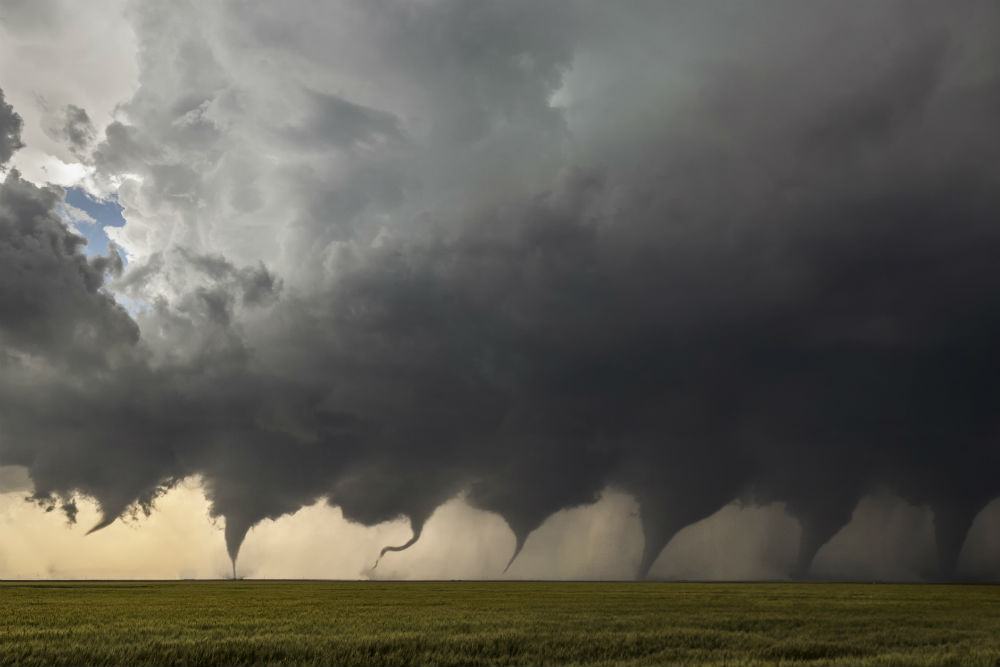 Though he's gotten a lot of attention in the last year or two for the photo above - a composite of the birth of a tornado that won the Jury's Choice Award at the 2017 Science Wiki Competition (and was mistaken for a single image of multiple tornadoes dancing across the prairie at the same time) - his portfolio of storm images is far, far deeper.

I had the chance to chat with Jason earlier today and pick his brain about storm chasing, photography, and a few other topics.

Aside from being a truly great guy, it's obvious from his work that he's both incredibly dedicated to his craft and oozing with talent, too. 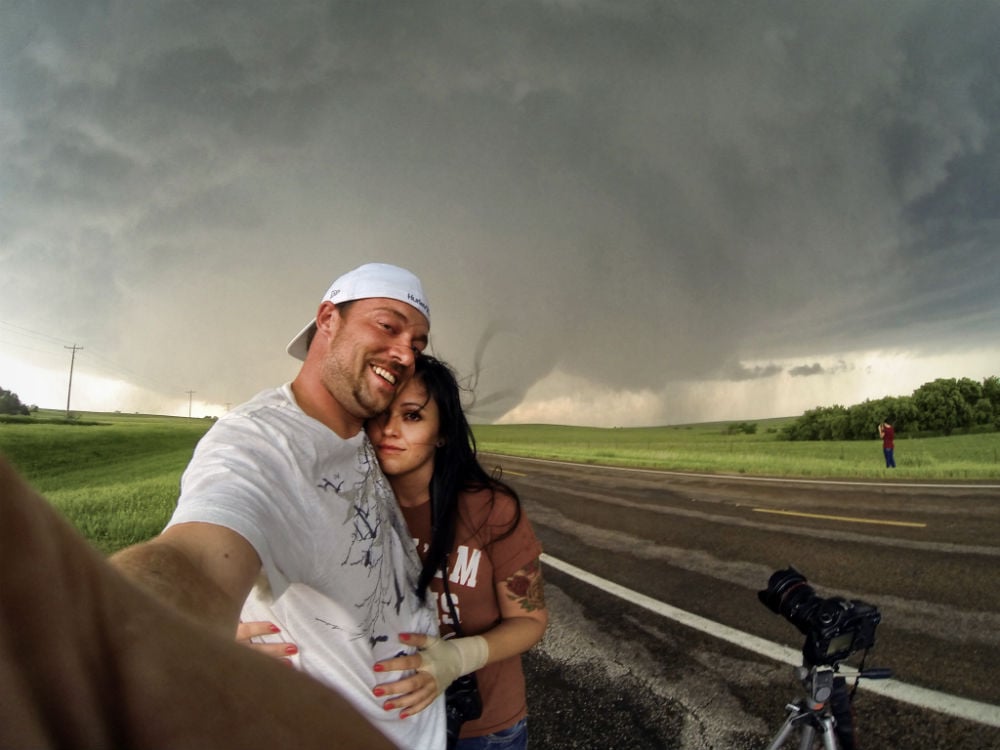 His first tornado encounter was on May 28, 2013 in Bennington, Kansas, an event that was immortalized in the photo above.

The shot - which is Jason's favorite tornado photo he's taken - shows he and his wife Savannah in front of a massive funnel.

The photo was taken with a GoPro 2 - which just goes to show you don't need a big, fancy camera to get a good shot. 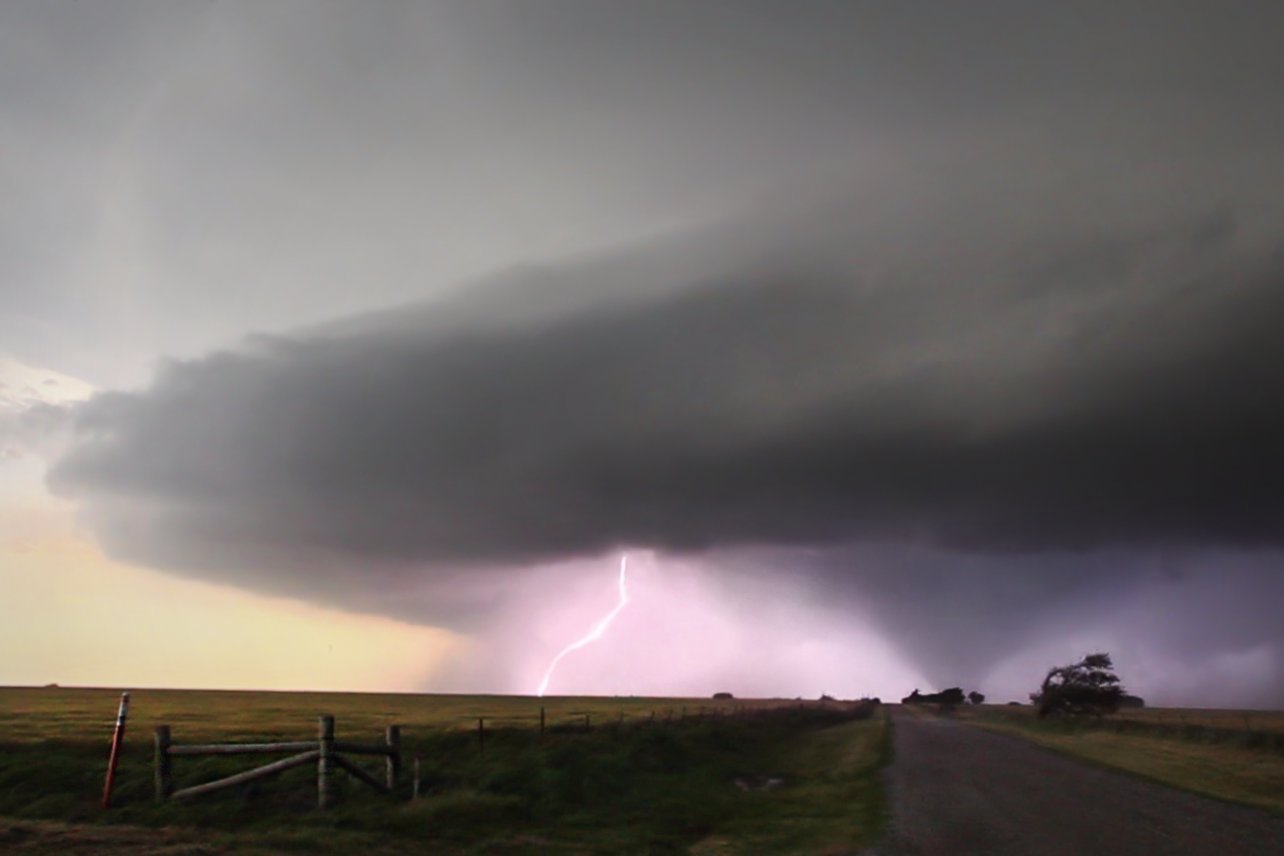 Little did Jason know that his first foray into storm chasing photography would lead to so much excitement - and so many incredible photos.

Just three days after seeing his first tornado up close and personal, Jason captured the photo above of the May 31, 2013, El Reno, Oklahoma tornado that turned out to be the largest in U.S. history with a damage path that was a whopping 2.6-miles wide. 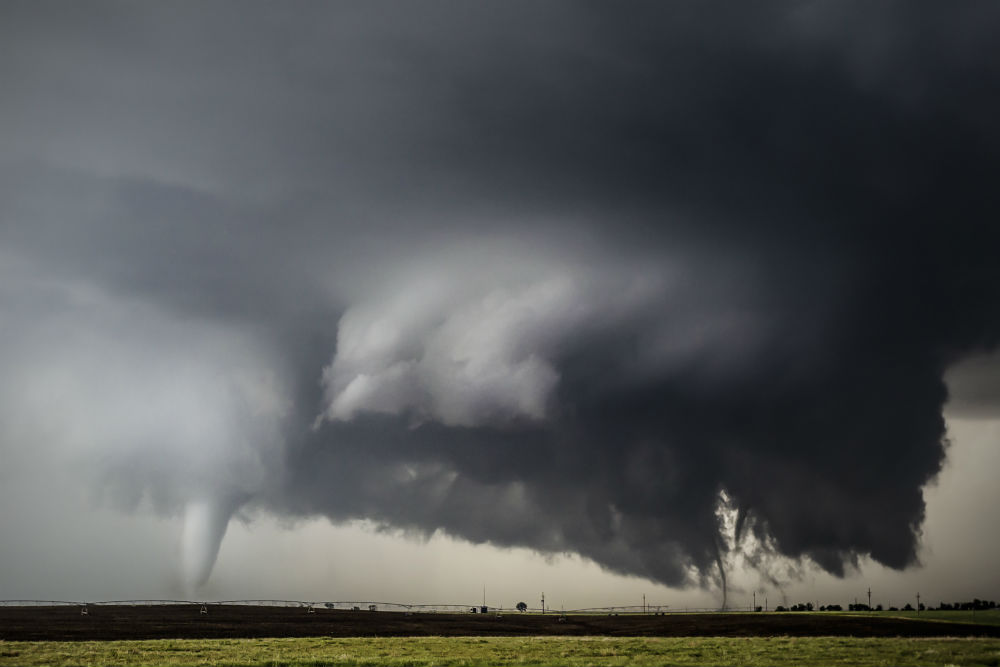 Then, on May 24, 2016, he witnessed more than a dozen tornadoes in a single day as he was chasing a tornadic cyclic supercell around Dodge City, Kansas. 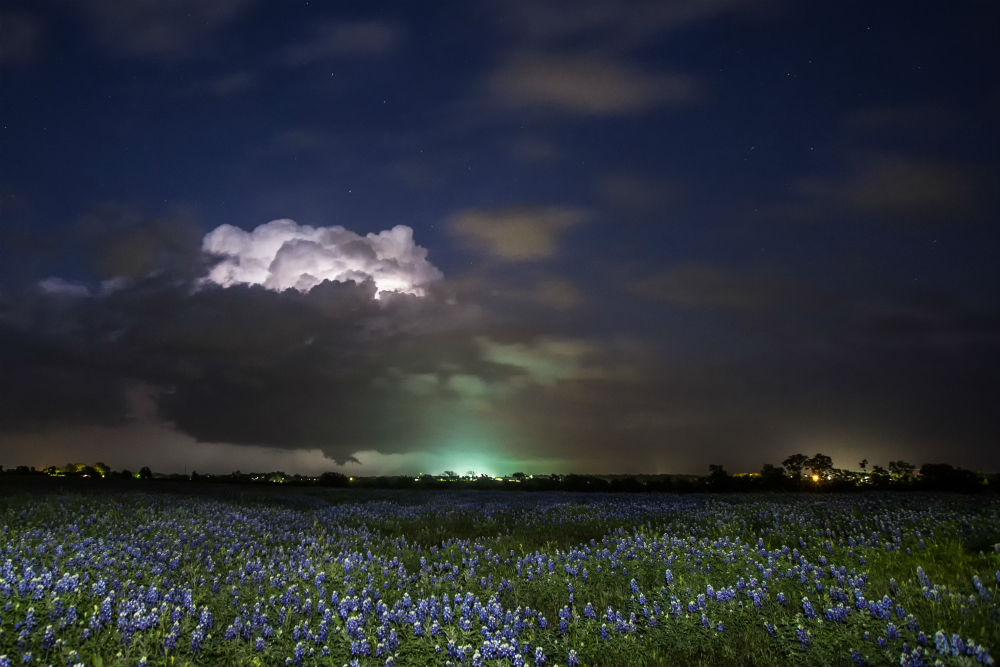 In 2017 while chasing near Brenham, Texas, Jason took this incredible shot of a supercell and wall cloud. 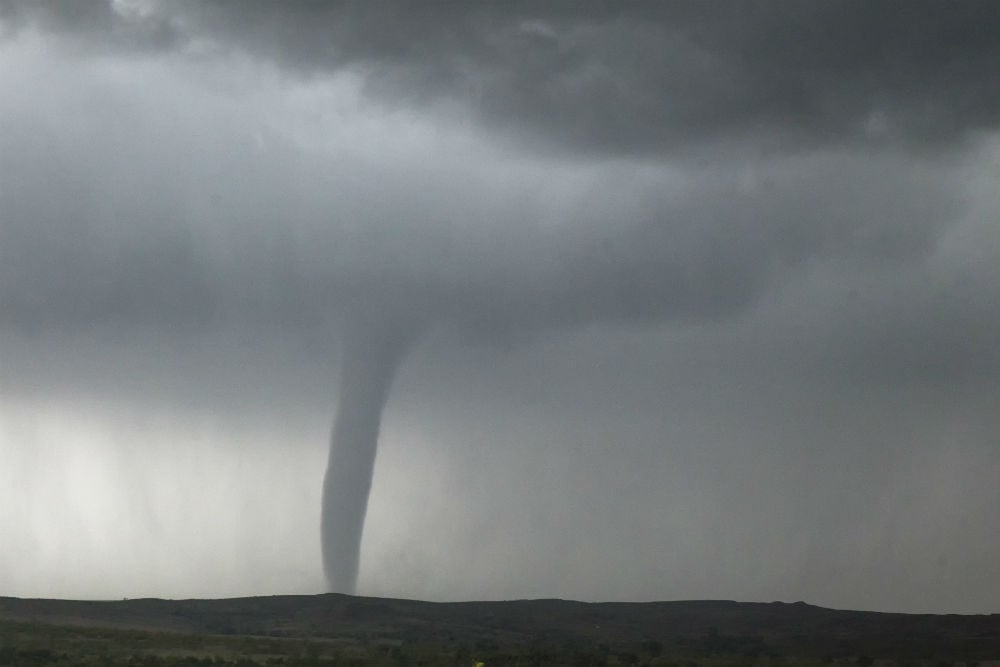 Later that same year near McLean, Texas, Jason captured the shot above of an "elephant trunk" tornado.

So, the dude is pretty savvy behind the lens and with being in the right place at the right time, too.

To be an effective storm chasing photographer, you have to be a master planner.

Jason is just that.

The best time of year to find storms is May and June, at least in the Plains, though, as Jason noted, "Volatile tornado-producing setups can happen any time of year."

To get the best view, a good location to scout is an open field, that way there's an unobstructed view of the tornado as it spins across the plains. Having a solid network of roads for chasing (and escaping, if need be) is critical as well. That makes Kansas an ideal spot for Jason to chase and photograph tornadoes. 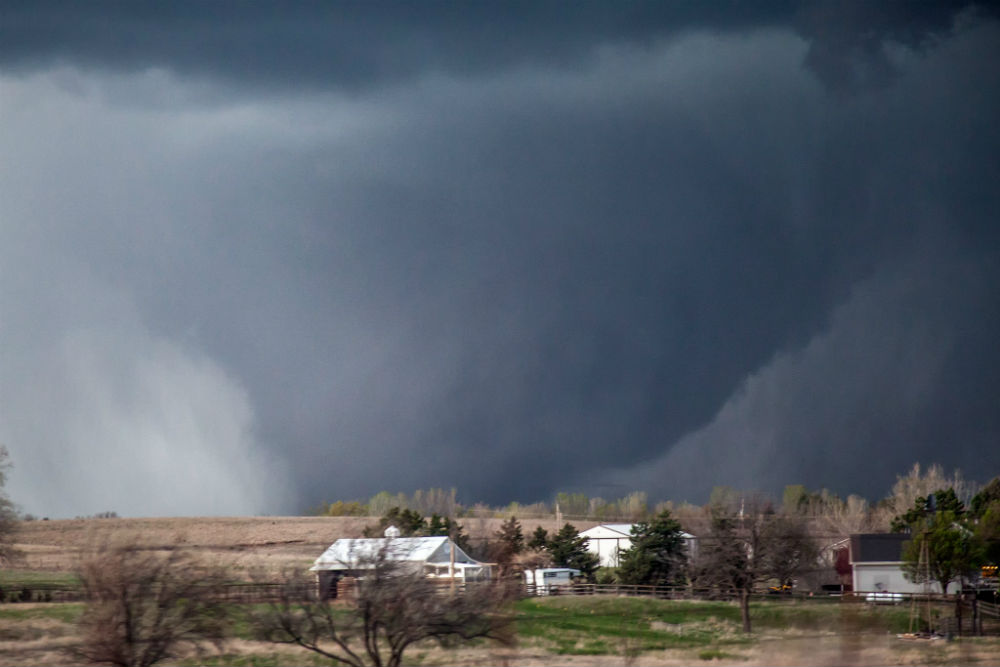 For tracking storms like the May 1, 2018, Tescott, Kansas storm pictured above, Jason recommends using Radarscope, a smartphone app that gives you accurate and up-to-date radar information on storms in the area.

As for photography gear, Jason's go-to setup is a Canon 6D with a 16-35mm lens for wide shots and a 24-105mm lens for tighter framing.

Shooting handheld isn't really an option, so Jason highly recommends "a sturdy tripod because it is often windy around tornadoes!" 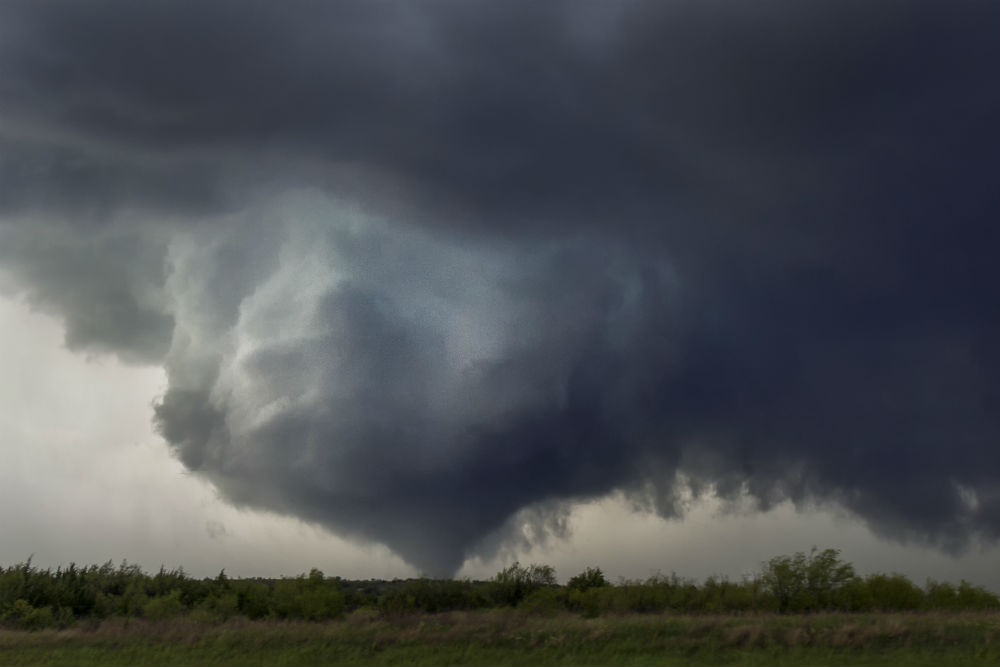 I asked Jason what advice he'd give to a photographer that wants to chase storms, and his answer is telling with regard to the incredible dangers he faces:

"Go with someone who has experience. It is really easy to get yourself into a bad situation without good knowledge of severe weather and instincts. Furthermore, it is really hard to be in the right place to get good pictures if you don't have a solid understanding of severe weather."

The pull to chase and photograph tornadoes is certainly understandable, though, even for someone like me that's never seen one in real life.

"The tornado itself is incredibly mesmerizing," Jason says. "The speed the clouds rotate, the shapes and textures they create. Every single tornado is different and all of the ingredients have to come together just right for one to form." 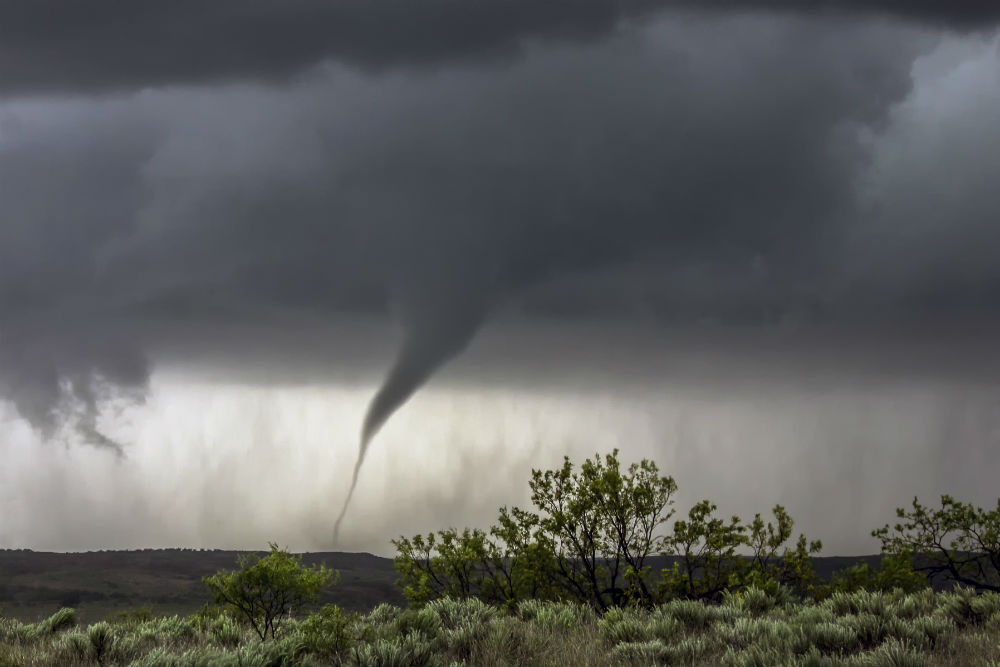 "I enjoy the challenge of finding and documenting [tornadoes]," he continues. That love of storm chasing came, in part, from the classic 1996 movie Twister.

"[Twister] definitely had a huge impact on my career path," Jason notes. "We make sure to visit the Twister Museum in Wakita, Oklahoma (one of the primary locations featured in the film) every chance we get."

As for his viral tornado photo, Jason says that it was a special storm, for sure.

He and his team targeted the area around Dodge City the night before and were in place when the first cumulus clouds started building the next day.

"You never know how long a storm will take to produce a tornado, if it does at all," he says.

But in this case, "the updraft was spinning rapidly and pulling in everything around it. I started timelapsing at 16mm, the point where the timelapse zoom in is when I knew for sure this storm was going to produce a tornado."

Describing the action we see in the timelapse, Jason explains that "there were multiple areas of rotation that interfered with each other briefly, and the tornado lifted shortly after forming."

He continues, "Then the storm got itself organized and produced the large stovepipe tornado at the end of the sequence." 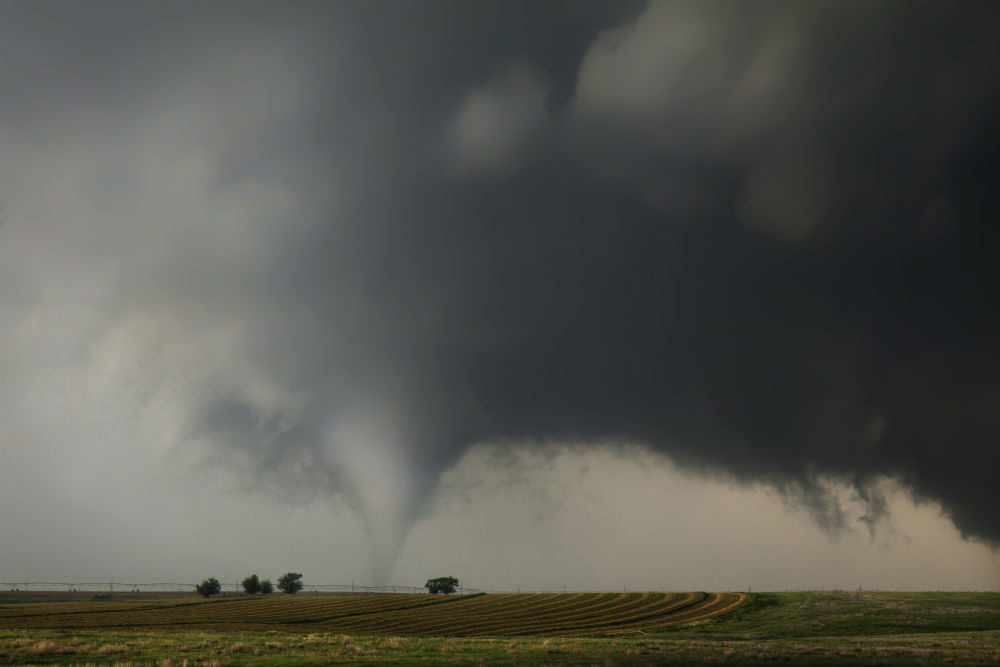 I think I can speak for us all when I say that Jason's hard work, dedication, time, effort, and skill are more than appreciated.

His photos are a beautiful reminder that Mother Nature is the best subject for photography, and that capturing gorgeous photos like these aren't a matter of luck, but a matter of incredible patience and skill.

All images by Jason Weingart and used with permission.