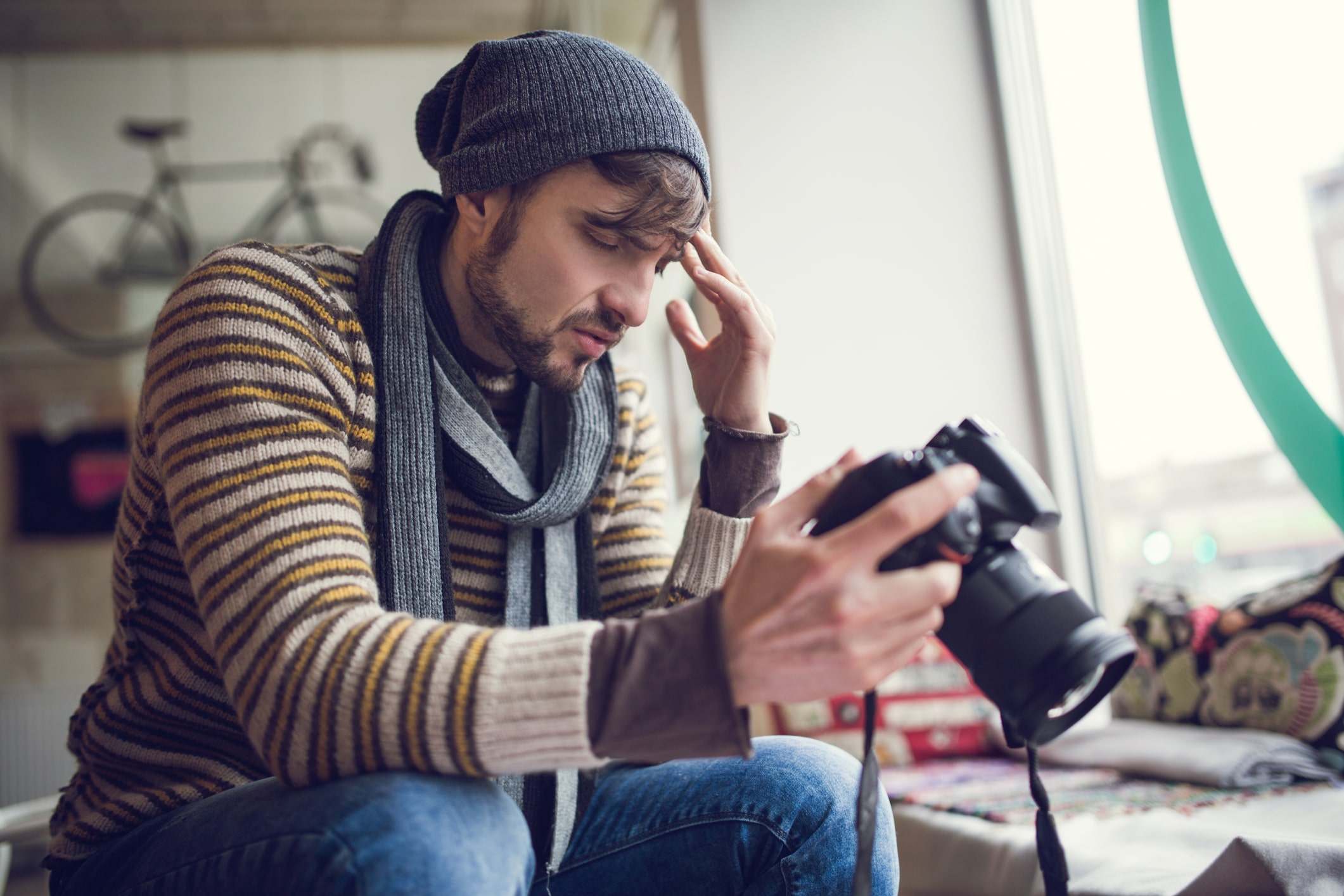 There's no doubt about it - photography is a fun and rewarding hobby.

But it isn't all sunshine and roses all the time...

Us photographers have lots of problems to overcome, from lusting after new gear to having way too many photos to having an impossibly unorganized Lightroom library, there's some trials and tribulations that can set us back.

Since I'm such a genius (wink, wink), I've solved all of photography's greatest problems.

Okay, well, maybe not all of them, but I've come up with solutions to five really big ones...

Photography Problem #1: Too Many Prints 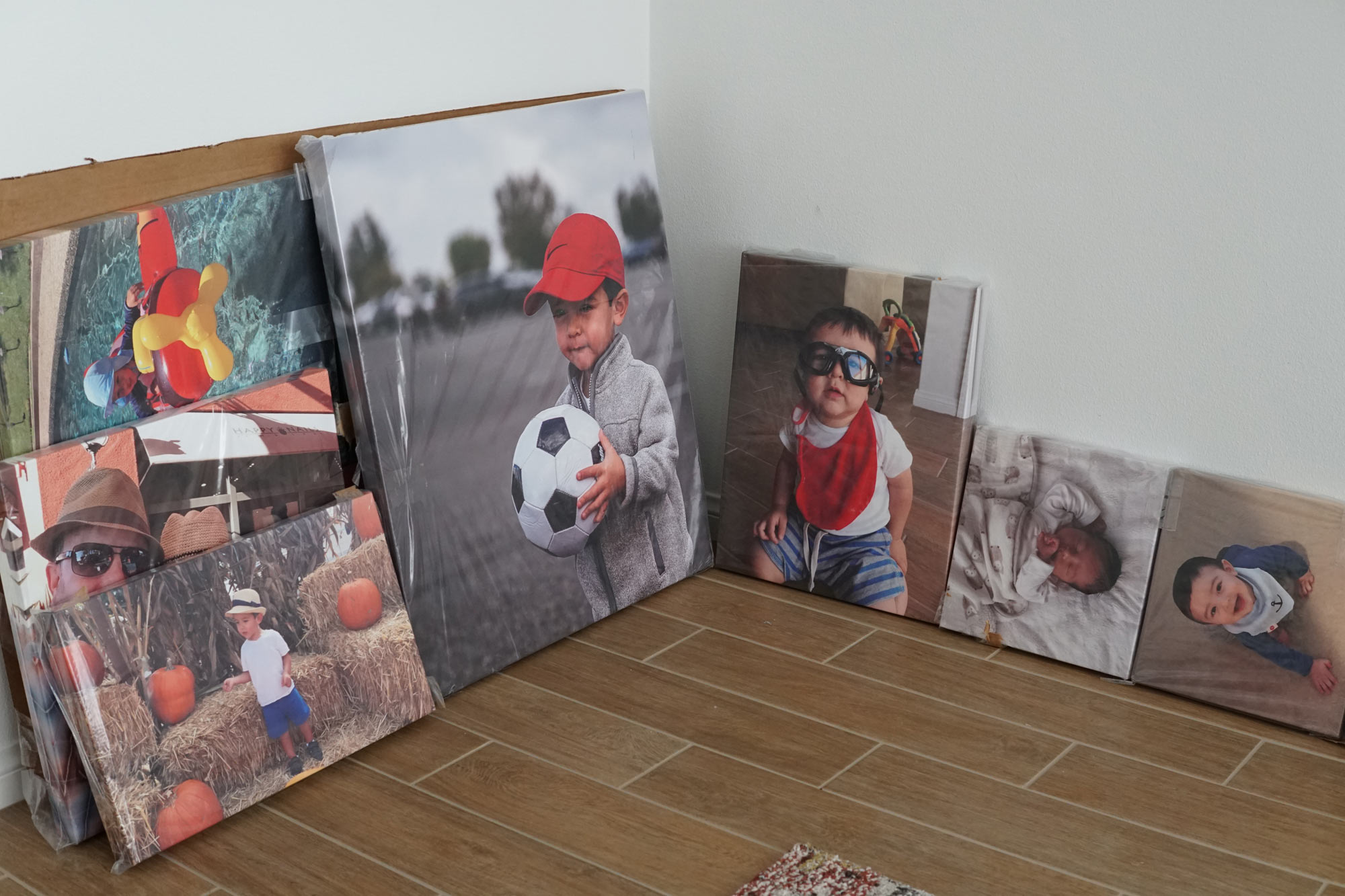 As photographers, it's natural to want to turn our best work into beautiful prints to hang on the wall.

And since I became a father, that's only become a bigger problem because my house is now overrun with canvas prints of my little guy.

My son is only three-and-a-half years old, though, so the fact that I have dozens and dozens of prints of him already in my house means I don't have room left to hang photos that document the rest of his life, or even the rest of his childhood!

Others have suggested that I simply take older prints down and replace them with new ones. Though that frees up wall space, it's not like I have an unlimited amount of storage space for my old prints (I have my wife's giant shoe collection to thank for that...).

So, that got me thinking, and I have to say that my idea for solving this problem is brilliant (college is finally paying off! LOL). 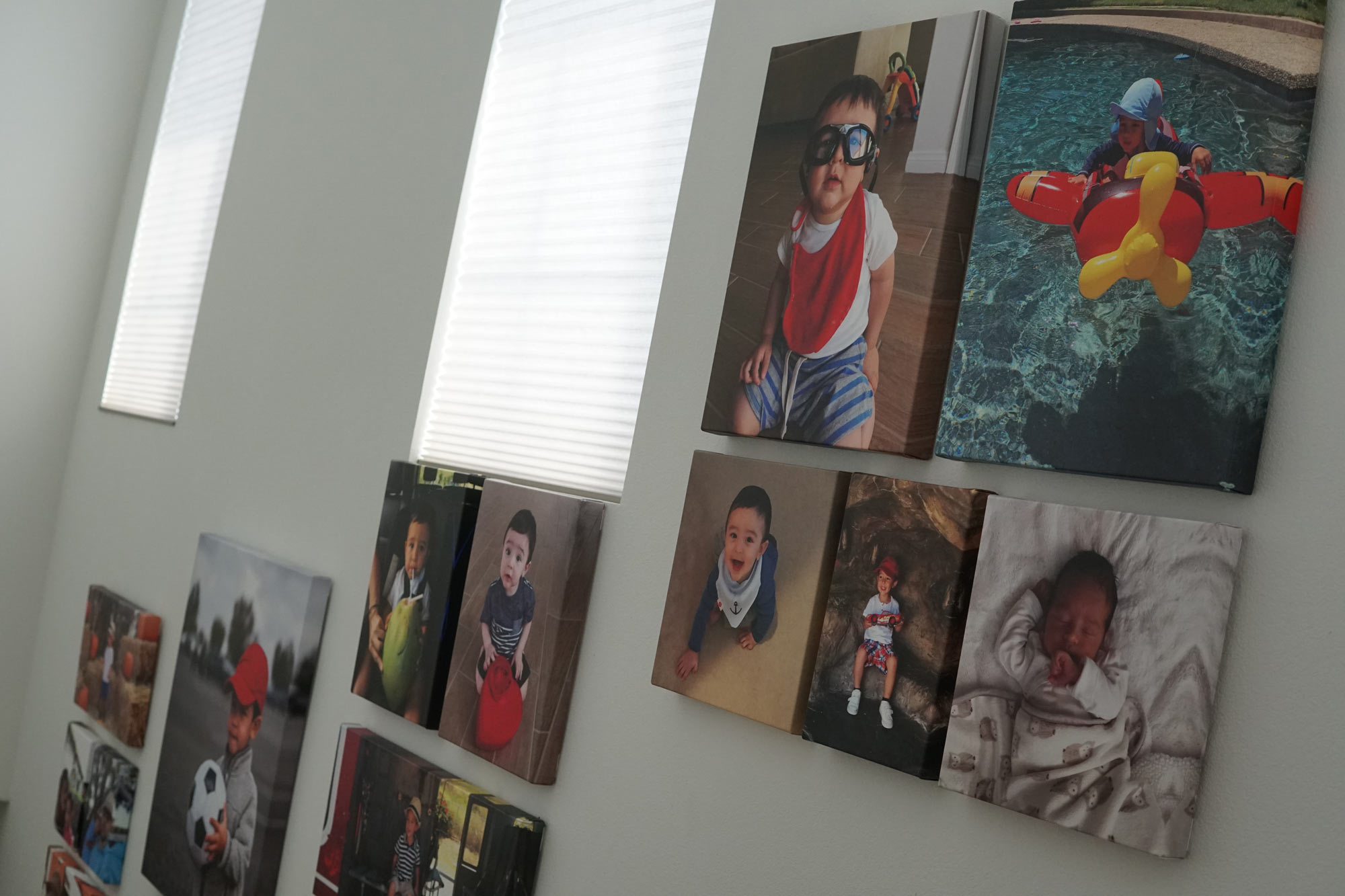 My master plan is simple - whenever I order a new print, I use it to replace an old one on the wall.

THEN, I package up the old print and send it to a friend or family member as a gift.

Now, this isn't regifting as far as I'm concerned because I only get the best canvas prints.

These things are beautifully made with high-quality materials, they're backed with a 100 percent satisfaction guarantee, and they ship quickly, so it's really the best of all worlds!

If you haven't tried them out, you need to! Order a small print and you'll see for yourself why so many professionals (myself included, obviously...) give them such high marks. 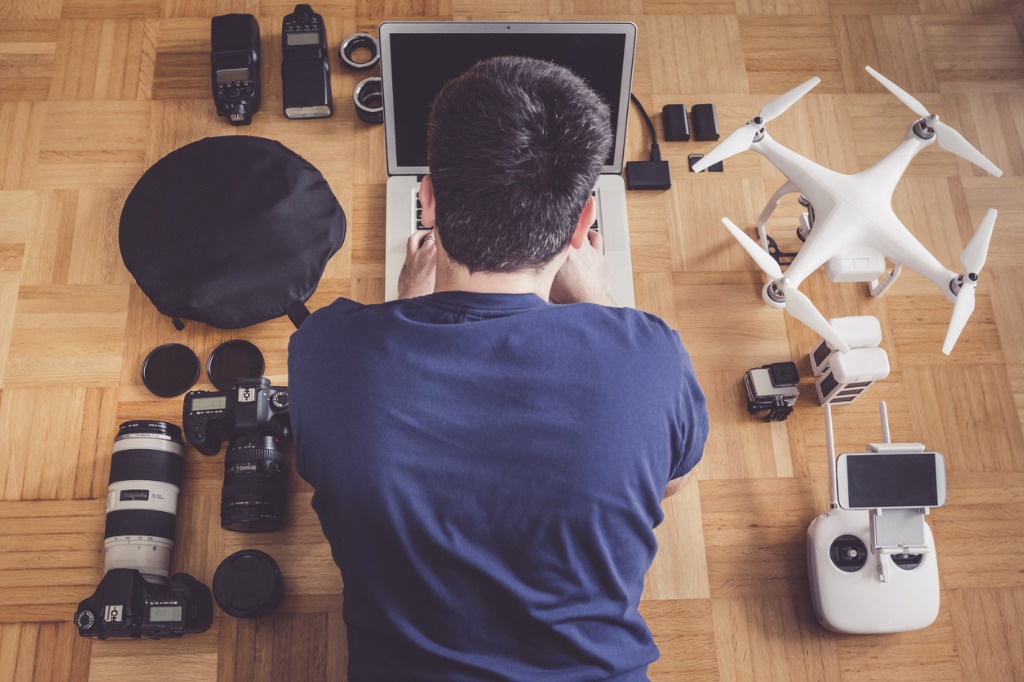 I'll just come right out and say it - any photographer that tells you that they don't have GAS is a giant liar...

We're constantly tempted to get newer gear because camera manufacturers are putting out more and more awesome stuff each year.

I shoot with a Nikon D850, which is an excellent camera and one of the best that Nikon has ever made, in my opinion.

But of course Nikon had to get us all hot and heavy with the recent introduction of their gorgeous and feature-rich Z6 and Z7 full frame mirrorless cameras.

Do I want one? HELL YES.

Heck, even the Canon EOS R looks fantastic, and that's coming from a Nikon guy through and through! 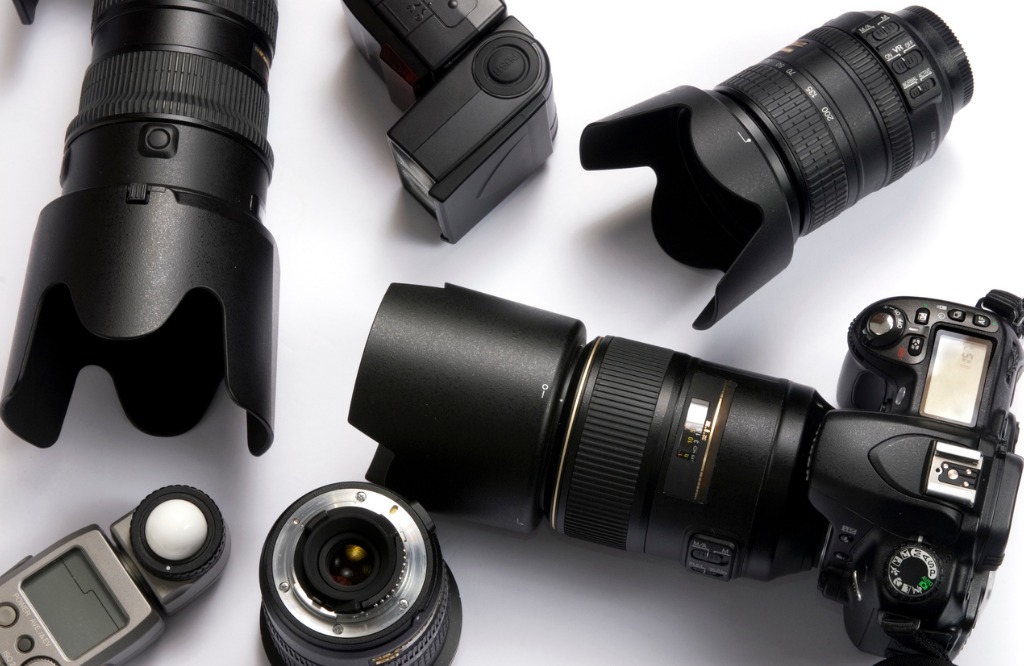 And it's not just cameras that we lust after, is it?

No...if you take a little time to reflect, you'll find that deep down you have an affinity for new lenses, too.

That new f/1.2 prime you see is something you have to have, right? And that 24-70mm zoom with image stabilization? OH YES.

Now, you could take the solution from my first example and just give away your current cameras and lenses, but that would be a little stupid, don't you think?

I mean, I love my family, but I'm not going to give them free swag just because I can't control myself when it comes to new gear. 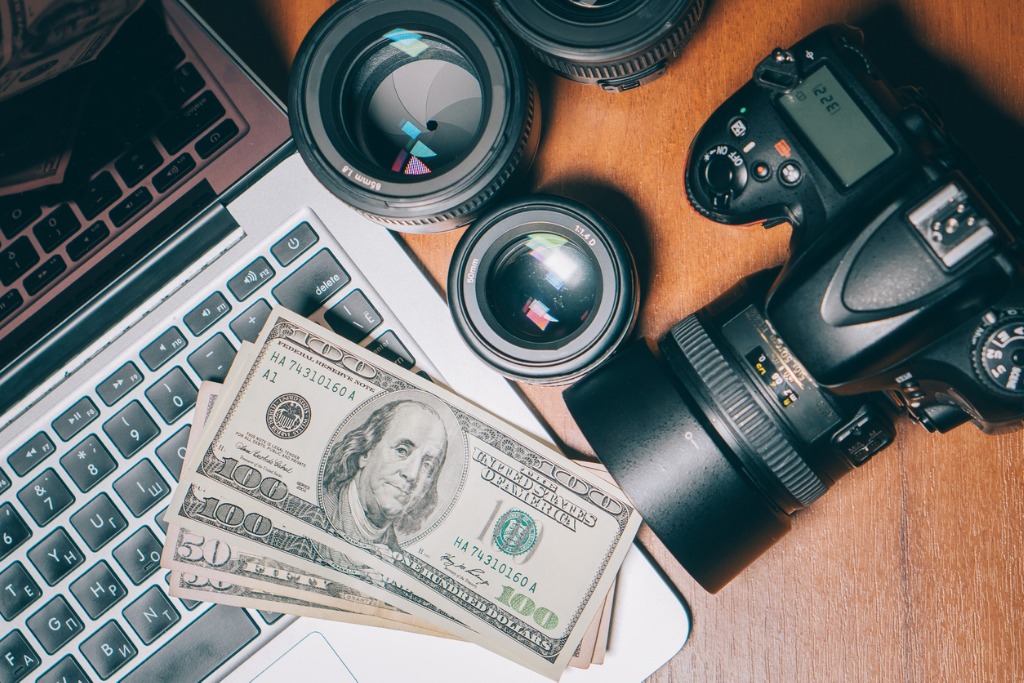 Instead, the ideal solution is to make a little cash off your old stuff.

If you're sick of your old camera, trade that sucker in and use the proceeds to fund a new one. Or even better, head over to a place like MPB and buy a pre-owned camera to spare yourself the embarrassment of having to squeeze every last penny out of your debit card.

Don't let your old camera go to waste. Trade it in so you can trade up to something new!

Likewise, if your GAS has given you way too many lenses, sell the ones you don't use all that often to clear out the clutter.

I've listed a bunch of lenses for sale over at Lensfinder, and it's been a quick, easy, and simple process to do so. Heck, I've bought a couple of used lenses over there, too!

I guess the point here is that if you can't stop GAS, you might as well make it cost a little less by buying used!

Find the lens your camera's always dreamed of.

Photography Problem #3: You Get the "Are You Kidding Me?" Look When You Want to Take a Photo

We're photographers, so of course we want to take a lot of photos.

Unfortunately, that means dealing with the "Are you kidding me?" look from our significant others from time to time.

You know, this look:

What am I talking about?

Imagine you're driving along during Golden Hour and you're having a great conversation with your significant other.

Amidst this deep and meaningful conversation, you see it out of the driver's side window - the beginnings of an epic sunset.

You keep driving, trying desperately to maintain attention on the road (and on what your significant other is saying), but you find yourself mesmerized.

Before you know it, you're in an internal deathmatch, trying to decide if you fake the need for a potty break so you can then say "Oh hey, while we're stopped I should take a photo..." or if you're just going to go for it, pull over, set up your gear, and face the wrath of a displeased loved one later on. 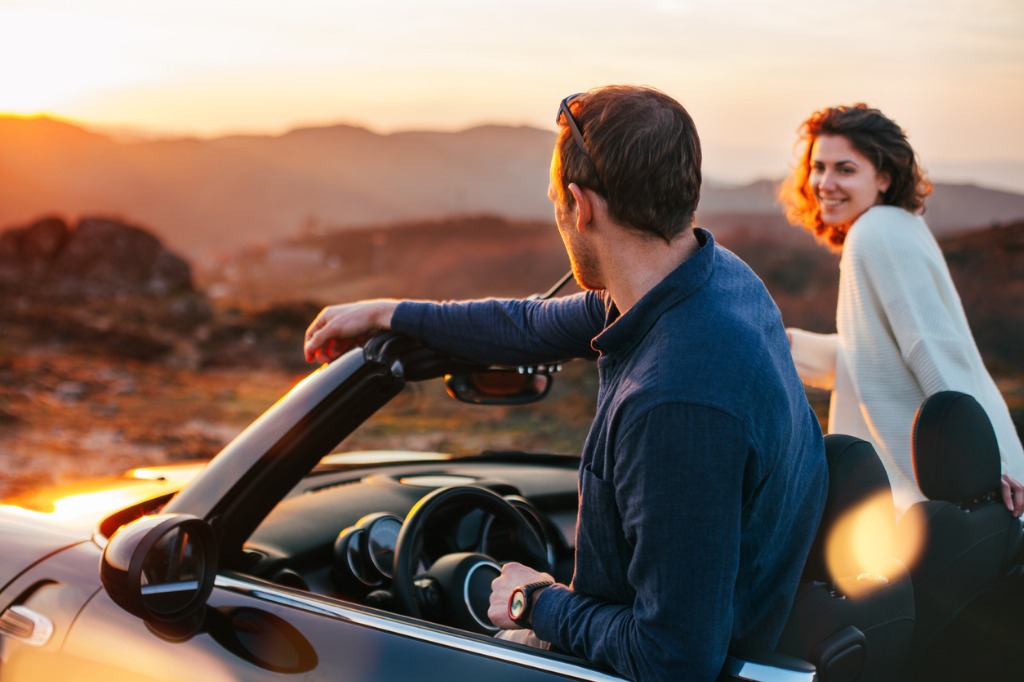 No matter which approach you take, the outcome won't be good.

You'll get "the look," your significant other will feel like photography is more important again, and you'll be sleeping on the couch.

That is, unless you make your beautiful sunset photo opportunity about them.

Sure, it's sneaky, but hey, if you tell your loved one that the perfect sunset you're sharing in the car would make an even more perfect background for a photo of them, you can kill two birds with one stone!

You can get that shot of the sunset you want and avoid a big fight about why you love photography more than your loved one. Not bad, right? 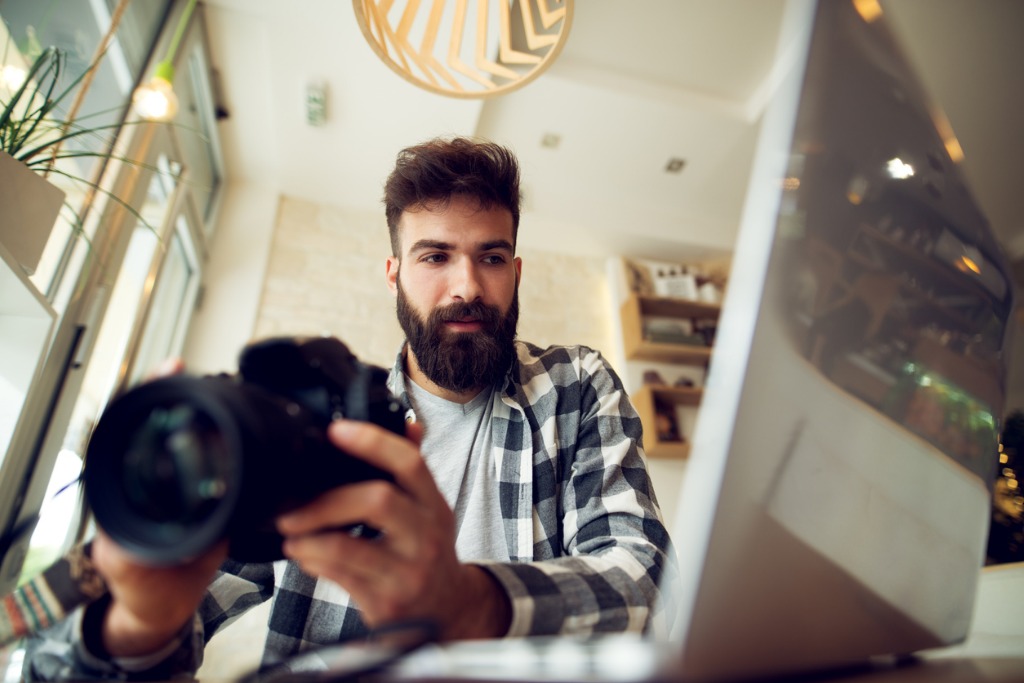 In the old days, photographer packed away rolls and rolls of film, slides, and prints.

Today, photographers like me come home from a great shoot, download about 9 billion photos into Lightroom, and walk away.

And don't act like you don't know what I'm talking about! LOL.

Who has the time to sit and catalog and keyword all those photos? I know I don't...

The solution to this problem is easier than you think.

Just recently I came across a program called Excire Search Pro that does some absolutely mind-blowing things with your Lightroom catalog.

A group of doctors, engineers, and other super smart folks over in Germany created a program that can "read" your photos and identify common features like "mountain," "motorcycle," and so forth.

Then, the program organizes all those images you've downloaded by keyword, that way you can search your library for photos that match specific criteria.

That means that you don't have to sit there for days on end keywording your images - Excire Search Pro does it for you!

And here's the exciting part - I see tons of software come across my desk. Some is awful, some is so-so, and some is outstanding.

Excire Search Pro isn't 100 percent awesome yet (it's damn close, though), but despite that, it's already in the outstanding category!

Clean up your act in Lightroom with Excire Search Pro.

Photography Problem #5: Carrying Too Much Gear 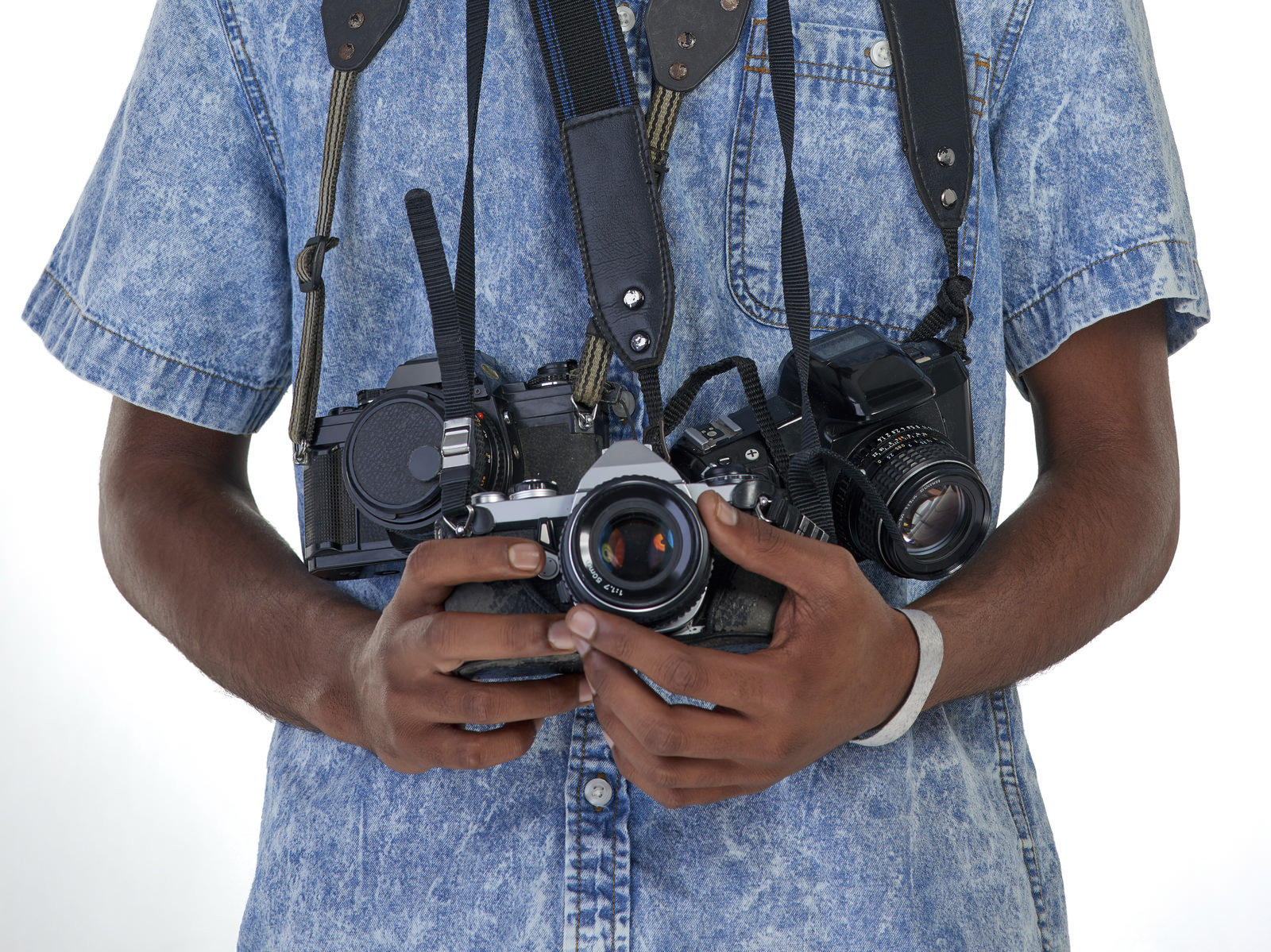 All that gear means a couple of things. First, you're weighed down by a crap ton of gear that you don't need, and second, your hands are constantly full with a different camera body, lens, and so forth.

And I know what you're thinking - Alex, that's what camera straps are for!

But not all camera straps are made alike. In fact, most of them are trash.

Even when I manage to shoot lean and mean with just one camera body and one (or maybe two) lenses, it's still important to have a strap that's comfortable and functional, too.

I have two go-to straps for those occasions that couldn't be more opposite.

On the one hand, I love my Peak Design strap because it's rugged and priced well.

On the other hand, I also love my new Holdfast MoneyMaker Solo. 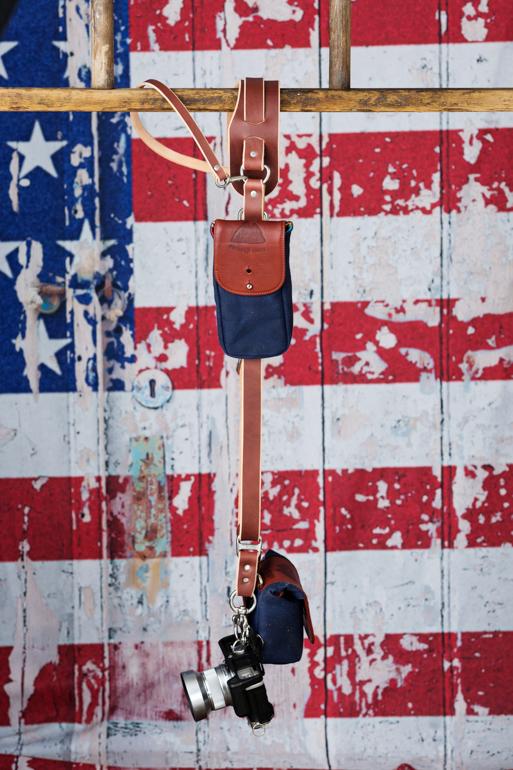 This thing was introduced by my friends over at Holdfast just a couple of months ago, and I was so impressed when they told me about it that I immediately ordered one (it was a GAS moment, okay?!) in American Bison Leather.

Talk about a great purchase...

The Holdfast MoneyMaker Solo is impeccably designed, perfectly functional, and incredibly comfortable. I look damn good in it too.

In all seriousness, though, it's tough to take great photos when all you're doing is swapping out cameras and lenses and have your hands full with the gear your taking on and off.

This little strap solves that problem because it forces you to streamline the way you work.

You get one camera and lens, and with an added lens pouch, you can bring along a second lens for the ride. In many cases, that's all the gear you need to take great photos!

Feel the freedom of carrying your gear in comfort and style. Check out Holdfast now!

And with that, you have the solutions to five common photography problems!