Lion Steals Photographer's Camera, Gives It to Her Cubs as a Toy 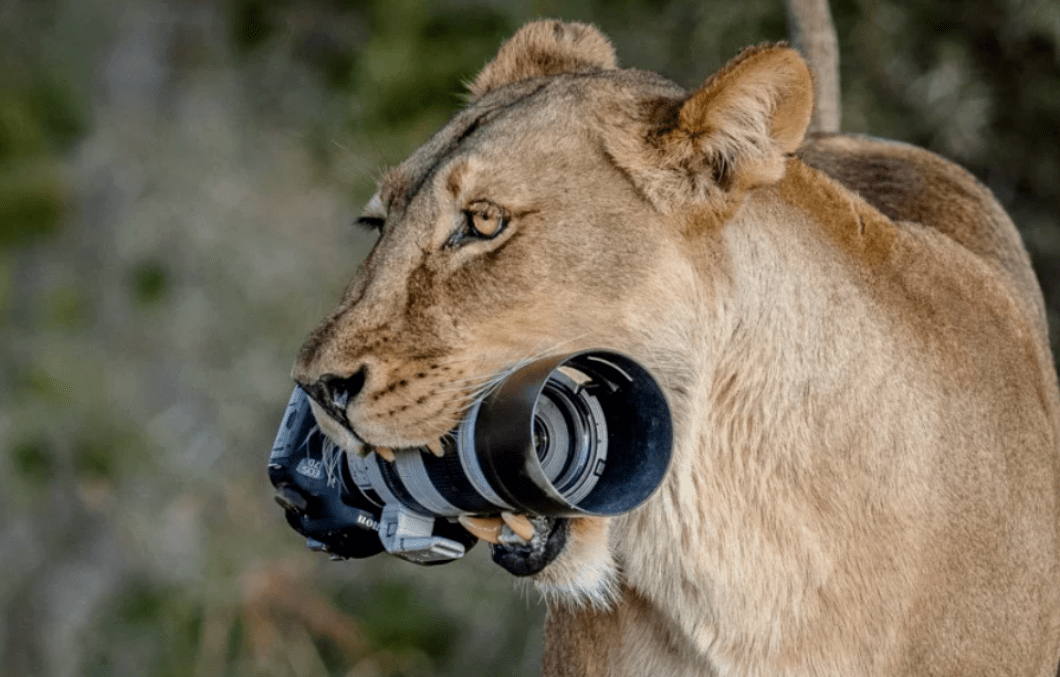 Well, this isn't something you see every day...

Back in July, Barbara Jensen Vorster, a wildlife photographer that was photographing lions in Botswana, had the unusual experience of having her camera and lens stolen by a lioness.

Taking photos at the Mashatu Game Reserve, Vorster was armed with a Canon 7D and a 100-400mm lens.

She accidentally dropped the camera, which made a loud thud when it hit the ground.

Naturally, the curious lioness was intrigued by the sound, and helped herself to investigating the cause.

#africaforever #canon #canonphotography #mashatu #c4 #janetkleyn #shemcompion #lions What happens if you have to many gadgets and you drop your Canon 7D with 100-400 on the ground at a lion sighting. There were cubs and she was not impressed with us. She approached and we had to reverse. She gently flipped the camera over and picked it up. She carried it for quite a way and the dropped it for the cubs to play with. We could retrieve the camera it is very dirty but appears to still work. It wrapped it in a Maasai shuka & will take it to Canon .... priceless experience

Vorster and her colleagues were shooting from a safari vehicle, so as the lioness approached, the party retreated to a safer distance.

It was from that vantage point that Vorster, who thankfully had another camera with her, documented the strange theft of her other camera and lens.

As Vorster recalled later, "The camera fell with the lens looking up." She continued, "[the lioness] gently flipped the camera on its side and picked it up by the barrel of the lens."

What happens when one has too many gadgets and try to multitask 🙄. I was taking photos on my Canon 7DMKII with a 100-400 lens. Then decided I also want some video footage - put my iPhone X on a small gorilla tripod and continue to take photos whilst the video was being made. Out of the corner of my eye I saw the IPhone becoming unstable. I put the camera on my lap to remove my phone. The camera fell on the ground. Normally this would not even make the lions to look up but there were small cubs and the lioness reacted immediately. We had to reverse, leaving the camera there. She gently picked it up, carried it for some while and the dropped it for the cubs to play with. We could later retrieve the camera. It was in perfect working order - just very dirty. I now have two huge teeth marks on the focus rings of the lens and small teeth marks on the plastic lens hood. The video was shot by Janet Kleyn from Photo Mashatu while I continue to take photos on my Canon 5DMKIV. #lion #lions #lionstakingselfies #especiallyafrica #africanamazing #mashatu #mashatugamereserve #bigfive #natgeowildlife #instanature #instagood #photo_mashatu #instavideo #natgeo #natgeowild #wildlifephotography #wildlifeplanet #canon #canonphotography #iphonex #iphonexvideo #botswanatourism #c4photosafaris

At that point, the lioness carried it around, eventually dropping it on the ground near her cubs, who delighted in their newfound toy.

The cubs chewed on the lens hood and dragged the expensive camera and lens through the dirt, but eventually they lost interest. 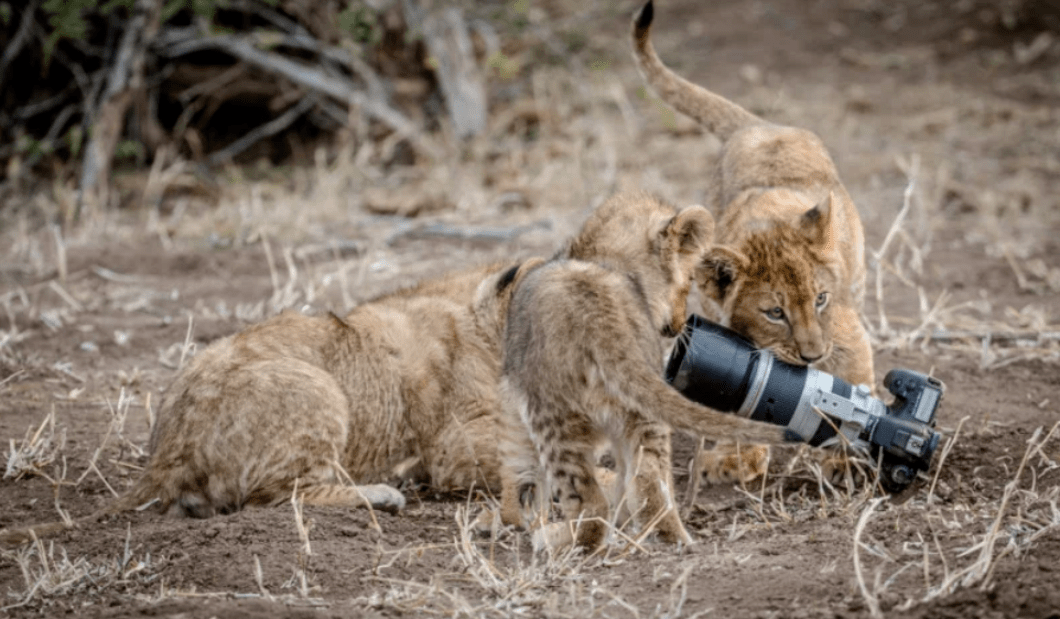 Later, Vorster was able to retrieve the emperiled camera and lens, which to her delight was still fully functional despite having a few teeth marks.

She spent a little over $260 having her camera and lens fixed, but if you ask me, that's a small price tag for the incredible story - and the amazing images - that resulted from the event.

After all, as Vorster notes, "What photographer can boast that their lens had been in a lion's mouth?"

All images are by Barbara Jensen Vorster and are used with permission.