The Best Cameras Ever Made 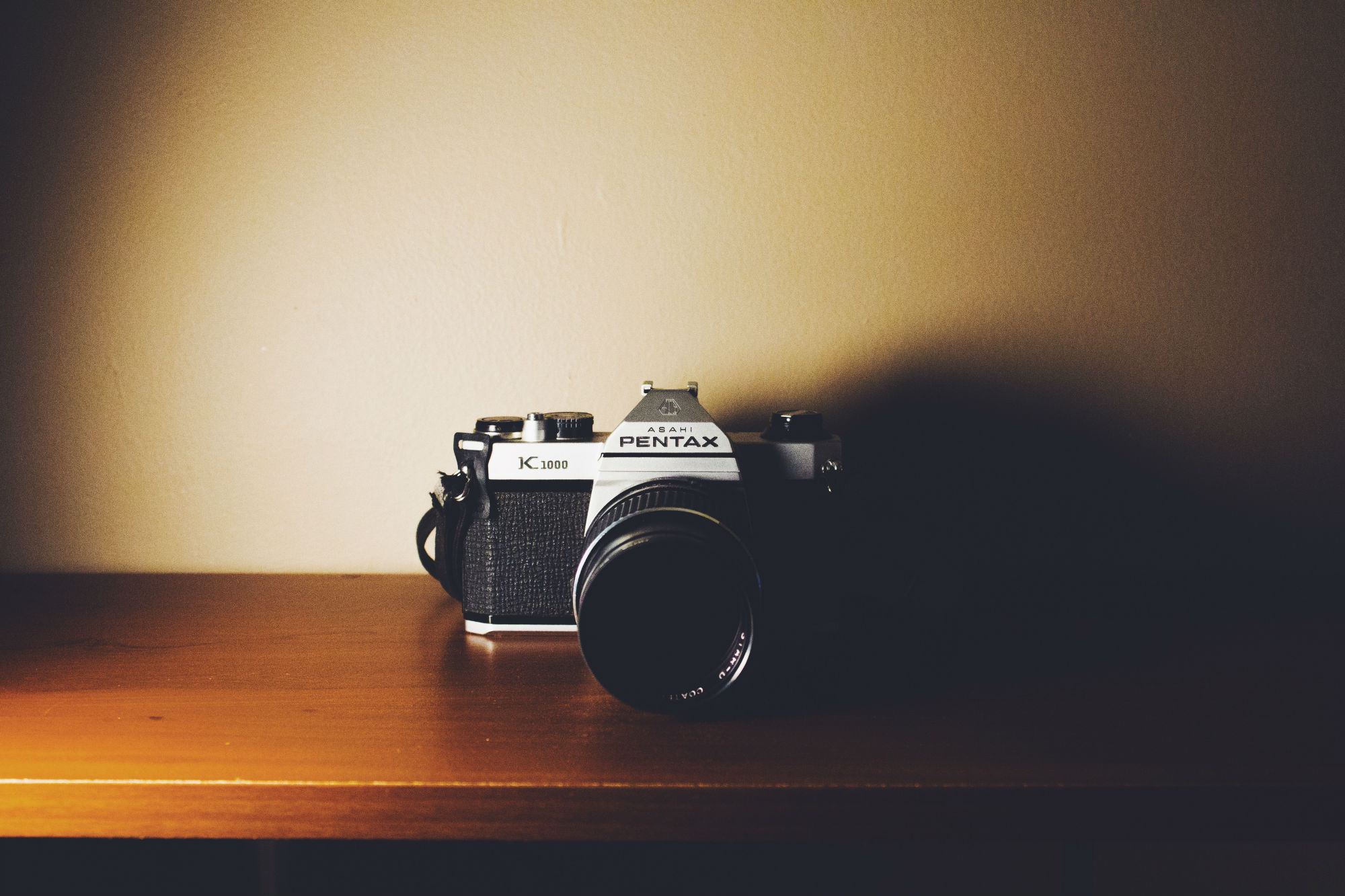 Photo by Noah Silliman on Unsplash

If you had to sit down and list the 22 best cameras ever made, what would be on your list?

Would you have the Leica I on there? What about the Kodak Brownie? Would the Nikon D850 make the list?

Curating lists like this requires a little bit of knowledge about photography history, but personal preference surely comes into the mix as well.

That being the case, my list of the best cameras ever made heavily relies on a camera's meaning to photography - whether it a game-changer - but my own personal biases and opinions certainly come through.

That being said, bear in mind that this list is just an opinion and not the definitive guide on every single groundbreaking camera ever made.

Let's get started with a few great film cameras, and then explore some awesome digital cameras (in no particular order). 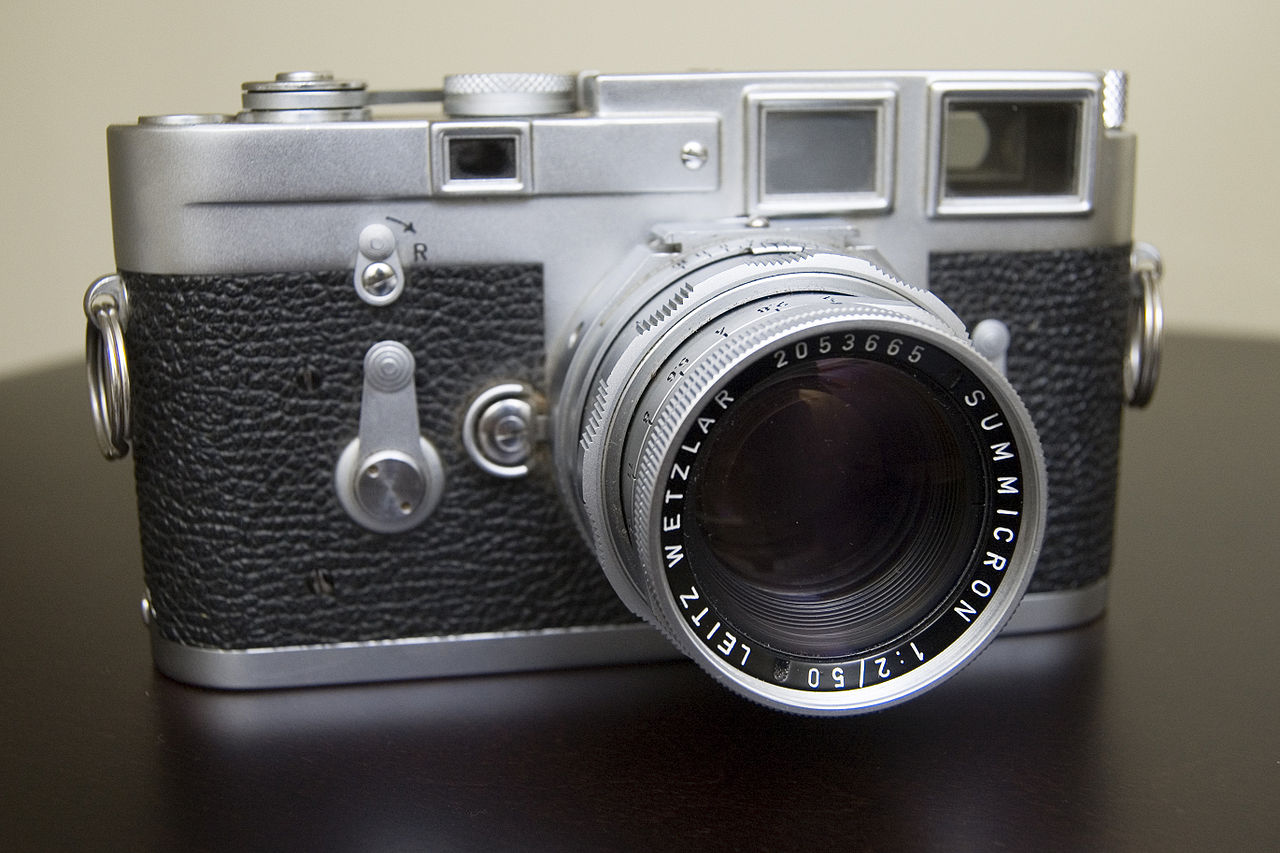 For photographers that lust after the ultimate film experience, the Leica M-3 is a top choice.

What I appreciate about this camera is that when it was released in 1954, it was a technological marvel.

Its 0.9x rangefinder/viewfinder offered a beautiful view of the subject and had auto-indexing framelines for many different lenses, from 50mm to 135mm.

The integrated hinge on the back made cleaning the camera easier while it's super quiet operation was a top attribute.

This thing is just a beautiful camera, too! 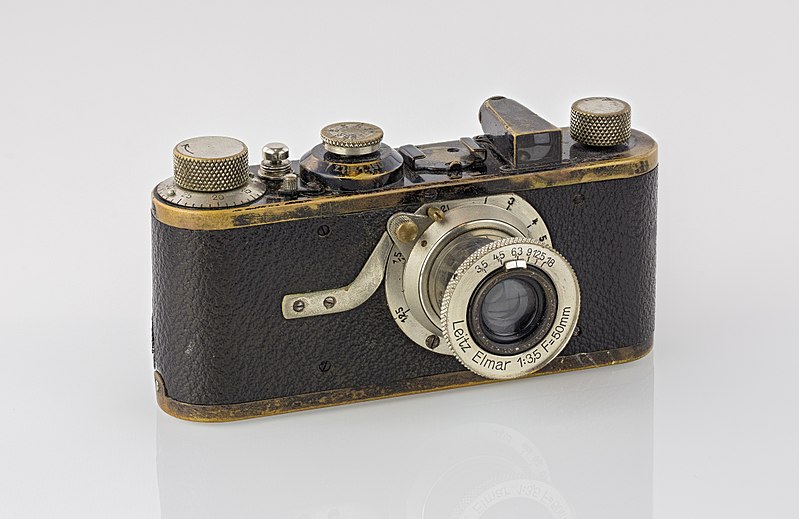 Perhaps more than any other camera, the Leica I, which was released in 1925, made 35mm photography the gold standard.

Additionally, the size and shape of the camera established what 35mm cameras would look and feel like for decades to come.

The self-capping focal plane shutter offered sped from 1/20 seconds to 1/500 seconds. Combined with a revolutionary feature that prevented double exposures and blank frames, this camera was truly revolutionary for 1925.

Editor's Tip: Have an old camera of your own that you want to upgrade? Sell your old gear or trade it in for a newer camera. 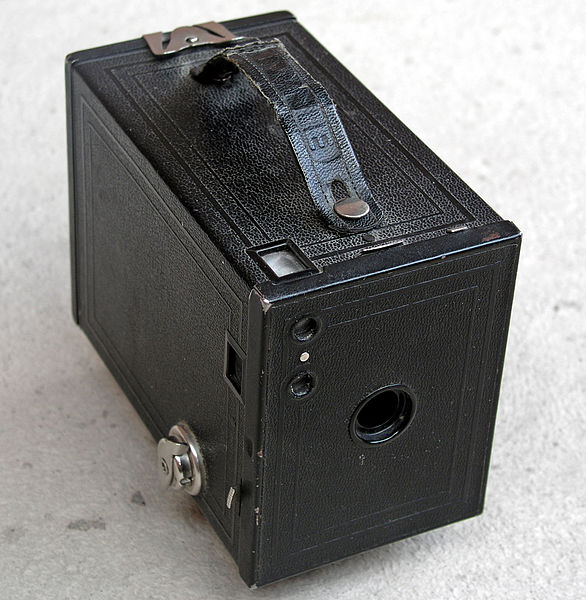 The Kodak Brownie isn't just one camera but a long series of cameras that was originally introduced in 1900.

The Brownie's claim to fame is that it allowed anyone that could afford its $1 price tag to experience the joy of taking photos.

The camera was essentially a cardboard box with a meniscus lens that captured small, square photos on 117 roll film.

More than 150,000 Brownies were shipped in 1900, and millions of versions of later installments of the camera - which was last produced in Brazil in 1986 - were sold worldwide. 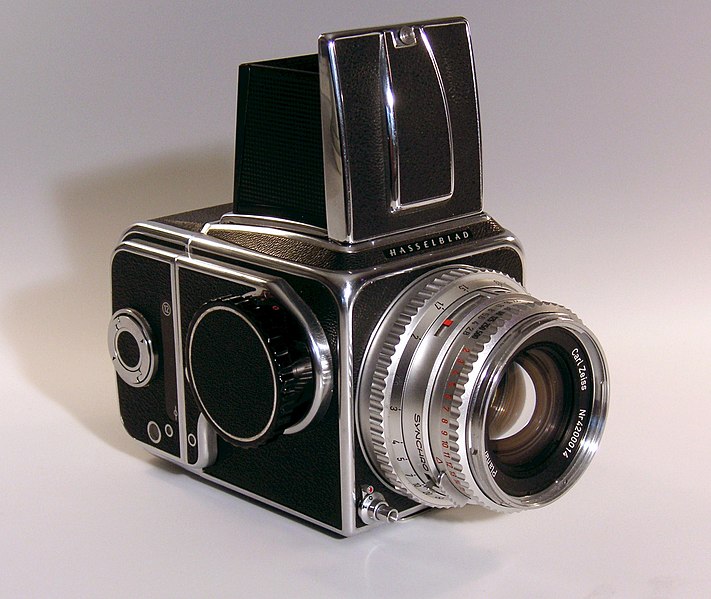 When it was released in 1957, the Hasselblad 500C was the first camera by Hasselblad to use a leaf shutter in its interchangeable lenses rather than the metal shutters found in its predecessors.

Hasselblad made the change for one primary reason - they wanted to provide full flash sync at any shutter speed. This change was particularly beneficial for studio photographers, who, at the time, were the company's primary customer.

And, like the Leica cameras discussed earlier, this camera is simply a beautiful piece of machinery! 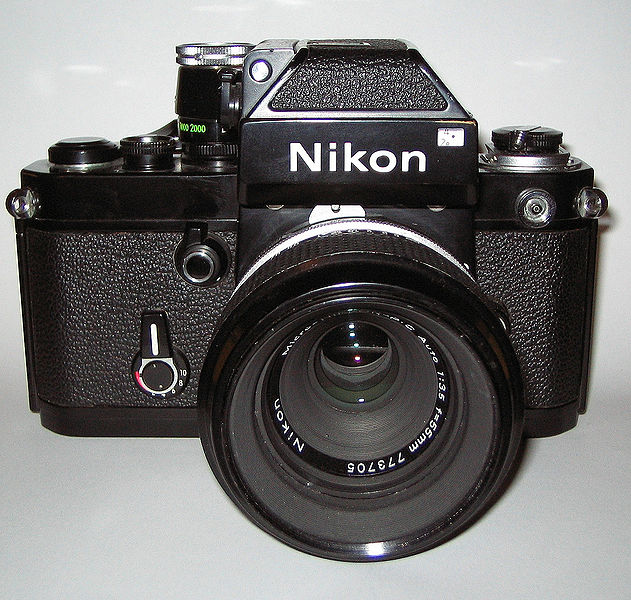 Many photographers would put the Nikon F on their list of the best cameras of all time, but I think the Nikon F2 is a better camera, primarily because it was so much more reliable than its predecessor.

In addition to excellent reliability, the F2, which was released in 1971, was durable, had a maximum shutter speed of 1/2000 seconds, and a giant reflex mirror that minimized vignetting.

It had a large swing back that made loading film quickly an easier task, an excellent mounting system, a detachable motor drive, and excellent ergonomics.

Like many of the other cameras on this list, it was gorgeously designed, and truly a work of art as well! 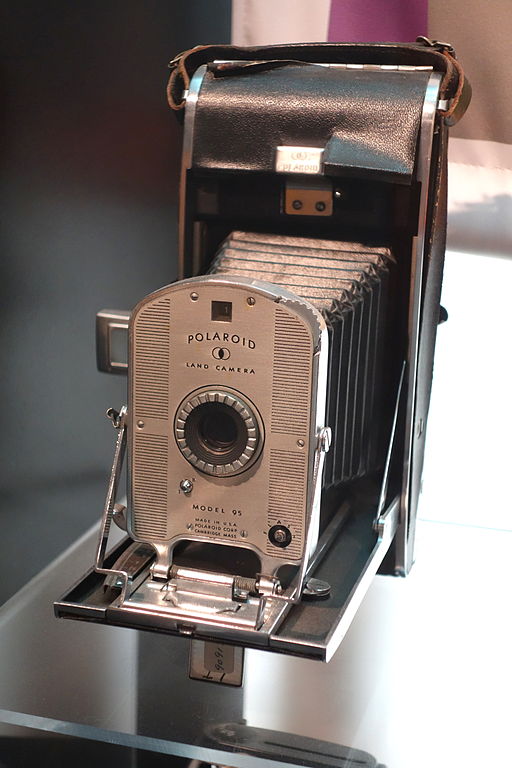 An instant hit when it came out in 1948, the Polaroid Land Camera is certainly one of the most influential cameras of all time.

The fact that anyone could take a photo and see the results in a minute's time fascinated the world and caused the Land Camera to fly off the shelves.

It wasn't just a commercial success, though.

The diffusion transfer process used to create the instant images was a technological marvel, and the design of the camera - a large, bag-like leather case - was striking.

The camera was so successful that it remained relatively unchanged until 1961. 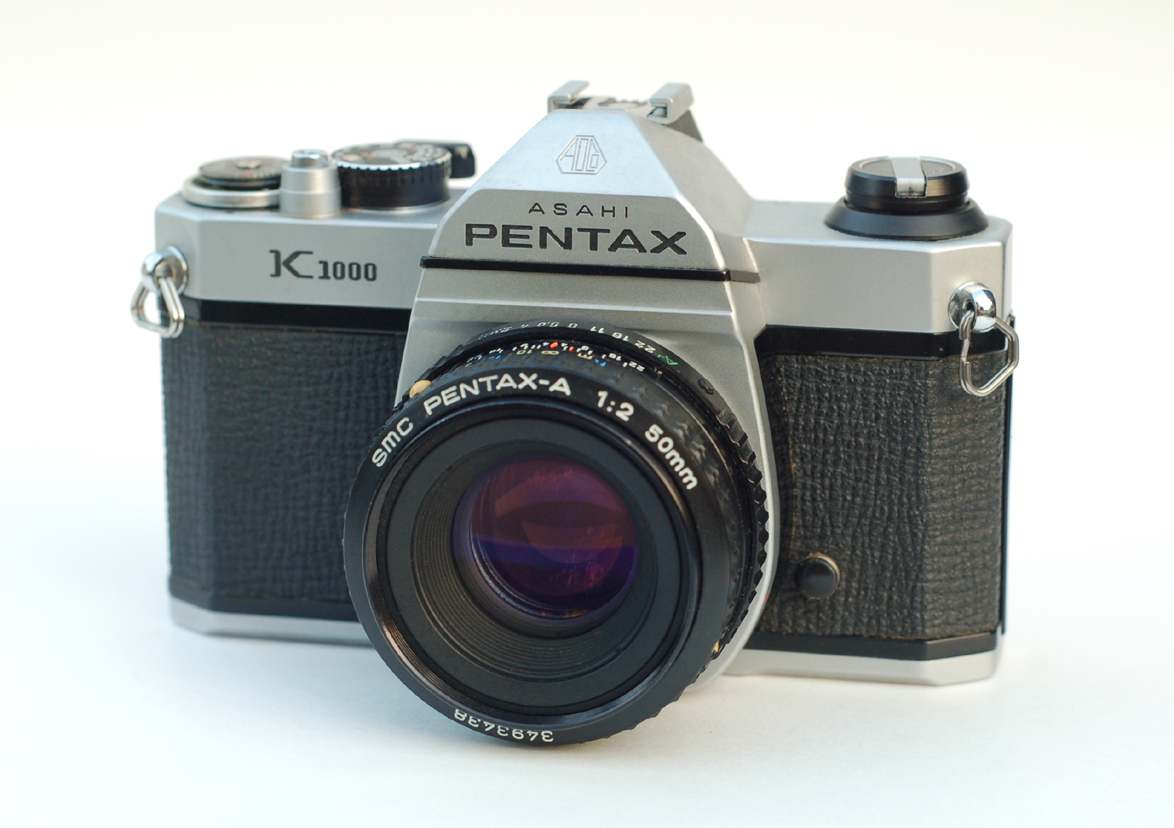 By far one of the most accomplished entry-level film cameras of all time, the Pentax K1000 was a no frills camera that offered excellent performance.

Introduced in 1977, the K1000 quickly became one of the most numerous cameras on the planet, opening doors for many people to learn photography throughout the late 70s, the 1980s, and early 1990s.

The single stroke film lever made a glorious sound while the fixed eye level pentaprism offered an excellent view of the subject.

There are still plenty of K1000's floating around today, and many film enthusiasts still use it.

Editor's Tip: Ready to upgrade your kit but don't want to pay full price? Check out these deals on pre-owned cameras.

At more than seven inches tall and weighing in at a whopping 3.6-pounds for just the body, it wasn't exactly an easy camera to lug around, either.

But for all intents and purposes, the NC2000 AP was the first professional-grade DSLR, and was instrumental in setting the digital photography revolution in motion.

The camera was among the first to utilize removable memory cards - a feature that its target audience of photojournalists marveled about.

The image quality wasn't great, especially when shooting at high ISOs, but the fact that you could take images and have instant turnaround outweighed all of this camera's faults.

Get an in-depth look at this camera in the video above by TheCameraStoreTV. 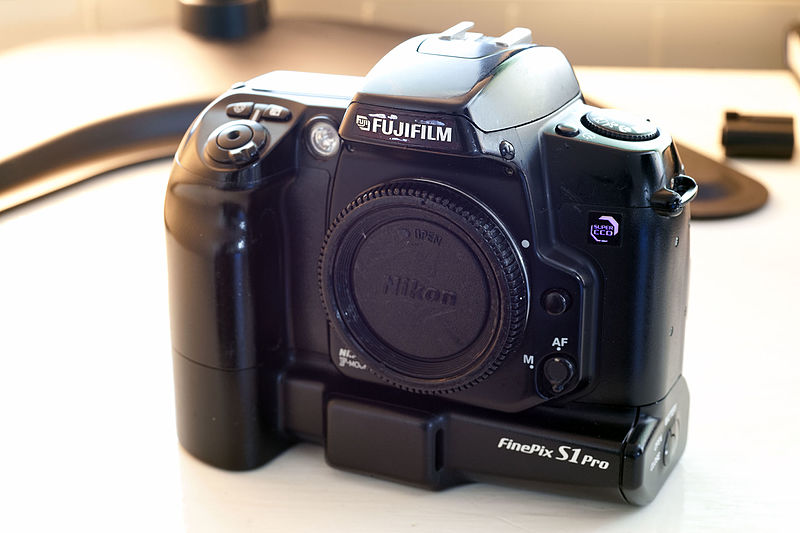 The S1 Pro's claim to fame is that it is one of the first consumer-grade DSLRs. As a result, it helped normal, everyday people get into digital photography at a time when it was prohibitively expensive for many.

It sported a 3.1-megapixel APS-C sensor that had its photodiodes in a diamond-shaped pattern. This arrangement made it possible to create images with a resolution of over 6-megapixels, something that was unheard of at the time.

Additionally, since it was equipped with a Nikon F-mount lens system, many Nikkor lenses could be used with the camera. 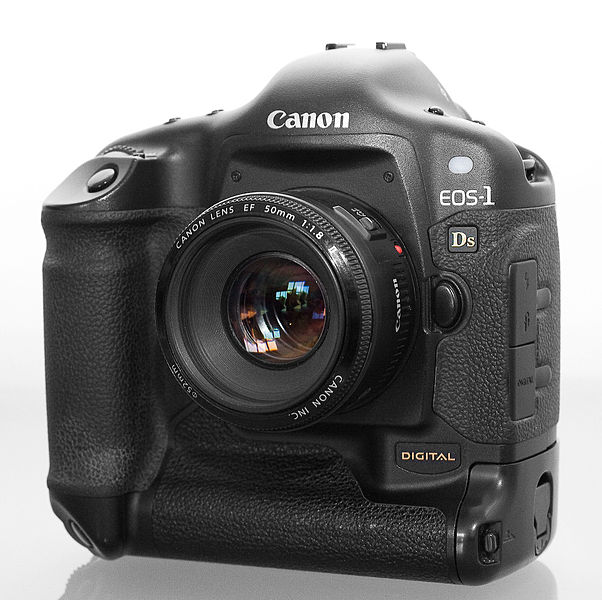 In 2002, Canon released the EOS-1Ds to much fanfare, thanks in large part to its 11.1-megapixel full frame sensor, which at the time was shockingly resolute.

It also had a 45-point autofocus system, an electronically controlled shutter with speed up to 1/8000 seconds, and a two-inch LCD with 120k dots of resolution.

The camera body was made of magnesium alloy to reduce weight and full weather sealing was added to ensure the camera could be used and abused in less-than-ideal conditions and keep on shooting.

At the time, no camera offered the same level of image quality, and it made the EOS-1Ds an instant hit with professionals. 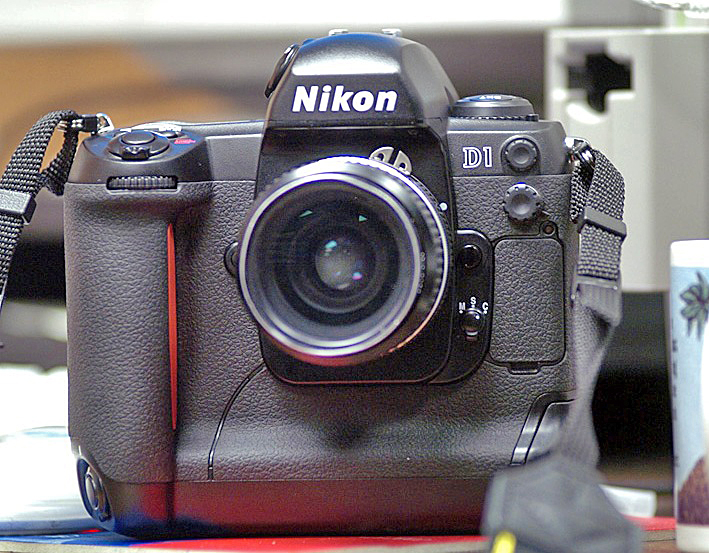 Released in 1999, the Nikon D1 represented the first real challenge to Kodak's position at the top of the professional DSLR market.

It had a 2.7-megapixel imaging sensor, a maximum burst rate of 4.5fps, and utilized Nikon's existing F-mount lenses, which meant photographers didn't have to shell out tons of money for new glass.

What's more, the layout of the controls and the size and ergonomics of the camera were highly similar to the Nikon F5, so film photographers could make a relatively easy transition to digital.

Like the Kodak Brownie before it, the EOS Digital Rebel made photography affordable to a whole new segment of the population by making DSLRs something that normal, everyday people could purchase.

Its design set the standard for Canon prosumer DSLRs that is still evident today with controls on the top and back of the body as well as a large LCD.

The camera featured multiple metering modes, a 7-zone autofocus system, a burst shooting speed of 2.5fps, and shutter speeds that ranged from 30 seconds to 1/4000 seconds.

Though it didn't have the same bells and whistles as the Canon EOS-1Ds, it was nevertheless an integral part of making digital photography accessible to the masses.

Editor's Tip: A great way to save money is to buy pre-owned gear. Search for the ideal lens for your camera. 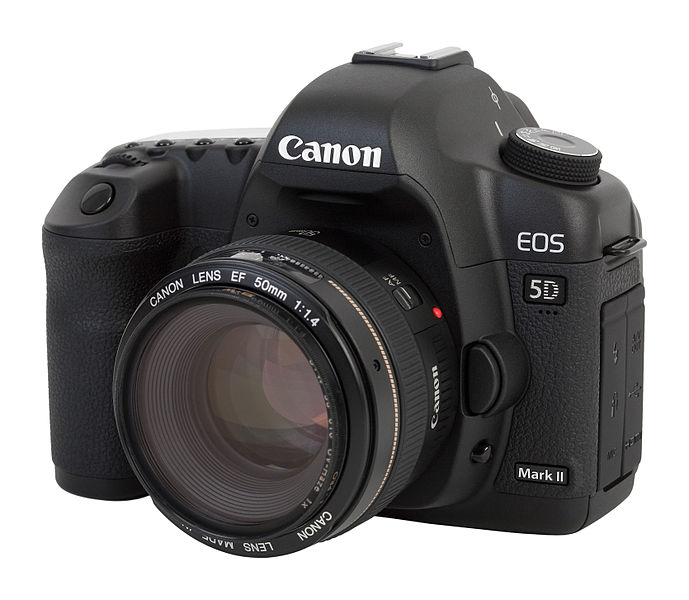 By 2008, DSLRs had come a long way in terms of their features and capabilities, and the 5D Mark II was one of the best examples of that progress.

It included a 21.1-megapixel full frame sensor with a 15-zone autofocus system, an ISO range that expanded to 25600, and 35-zone metering system.

But the biggest reason why the 5D Mark II is one of the best cameras of all time is that it was the first from Canon to include full HD video recording at 1080p and 30fps.

Given the importance of video recording in today's market, the 5D Mark II can be viewed as helping to usher in the era of still photography and videography sharing space in digital cameras.

Besides, the EOS 5D line of cameras is perhaps one of the best ever created. 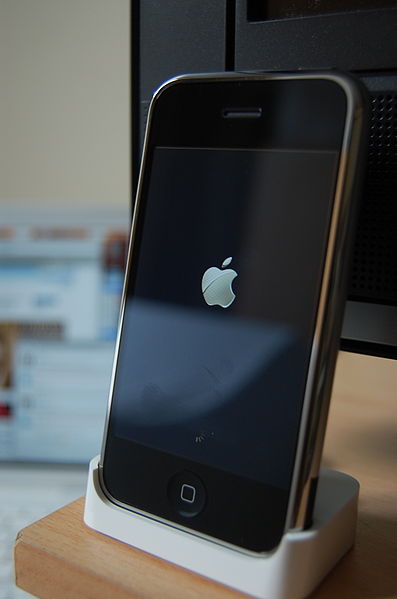 Love them or hate them, iPhones completely revolutionized photography and made photography more accessible to more people than any other camera in history.

What's more, it ushered in the era of smartphones and paved the way for people to utilize their phones as legitimate cameras for still photos and videos alike.

The first iPhone - released in 2007 - completely changed how people took photos, viewed photos, and shared photos, for that matter.

And as the iPhone and its competitors have advanced their technologies over the years, smartphones have truly become the only camera that most people need.

If that doesn't get the iPhone a spot on your list of the best cameras of all time, I don't know what will!