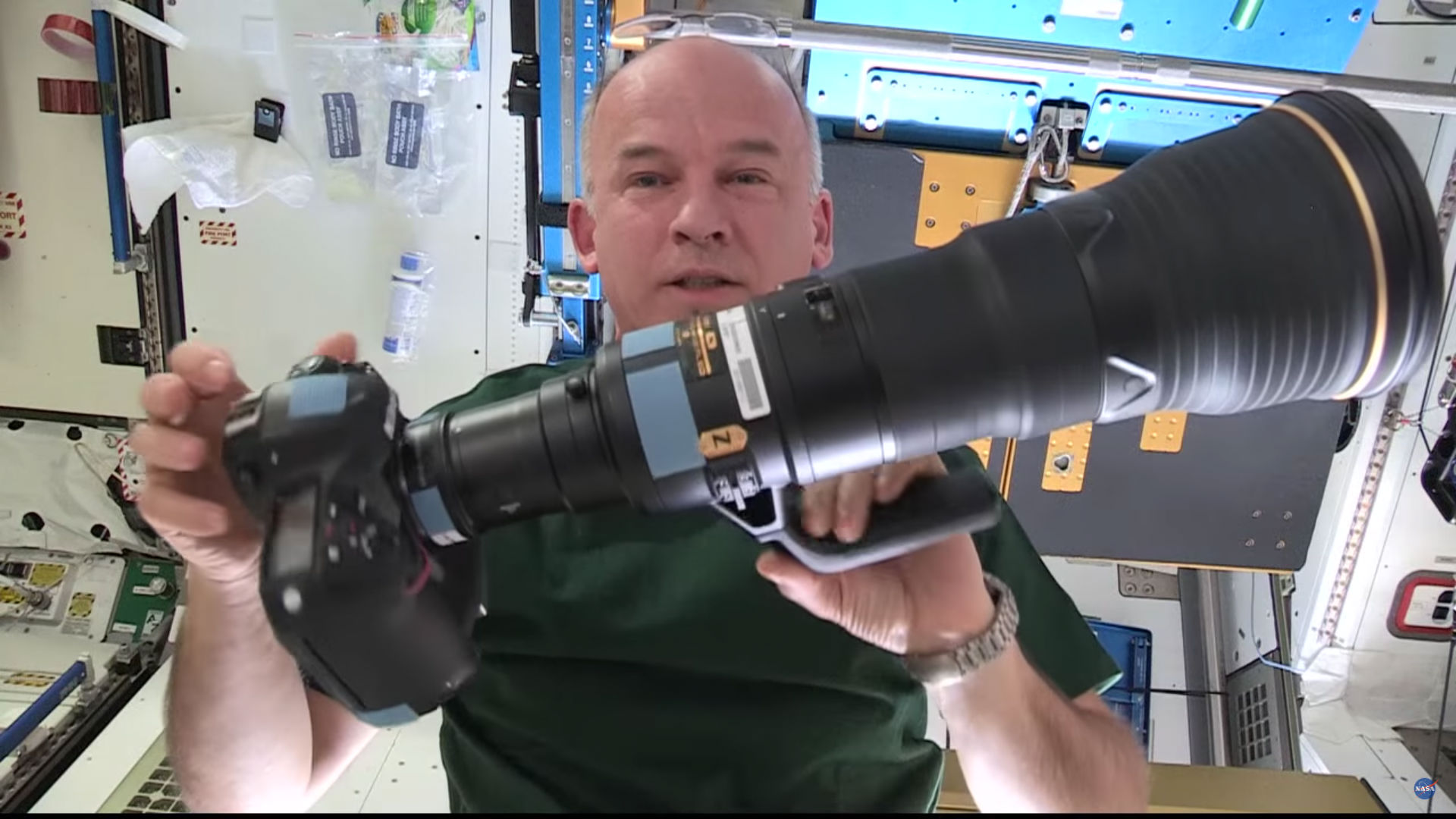 Astronauts aboard the International Space Station enjoy great views of Earth, and we often get to enjoy those views secondhand via the photos they take.

And it's not like they're up there with smartphones, either.

There's plenty of awesome lenses for their cameras, too.

That includes the Nikon 800mm f/5.6E with a 1.4x teleconverter you see attached to the D5 in the image above.

A Redditor by the name of ultrahello pointed out recently that it costs $10,000 per pound to make deliveries to the ISS.

This all came to light this past weekend because German ESA astronaut Alexander Gerst Tweeted out a couple of photos of him giving his Russian cosmonaut pal Sergey Prokopyev a haircut.

The haircut went down in the Zvezda Service Module, which is where the astronauts' camera gear is stored on the walls.

For a look at some of the gear that NASA's astronauts use to take photos, have a look at the video above, captured from a live stream done a couple of years ago.

As a photographer, it's cool to think that in addition to all the astronaut things these guys and gals have to train for, that they also learn how to use camera gear in order to take awesome photos of Earth.

If we think photography is hard to master down here, just imagine what it's like way up there!