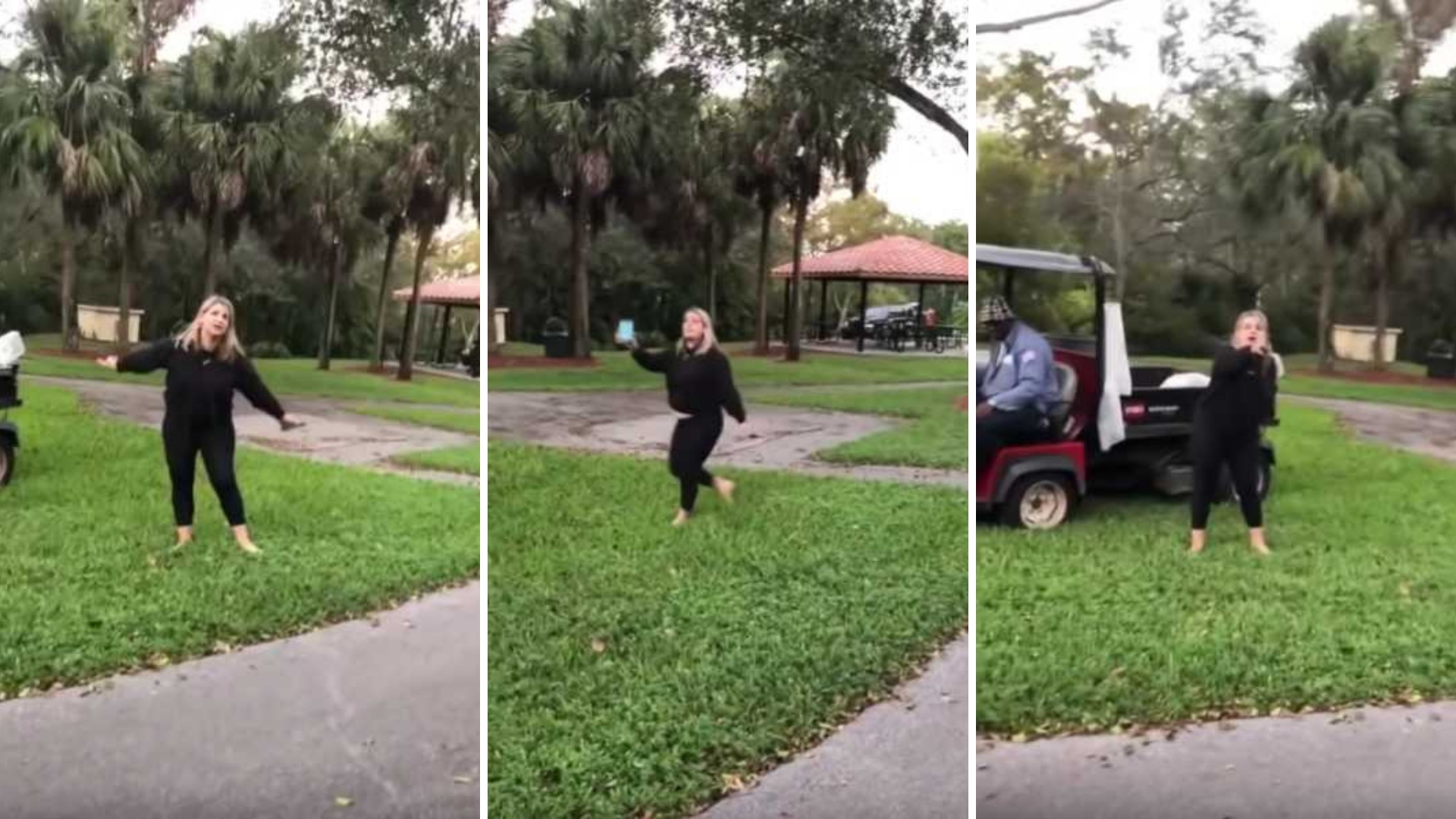 Calling all internet activists: we need a new name for the latest lady who threatened to call the cops on an innocent family in a public space.

In the video below captured in Florida, a woman screamed at a photographer taking Christmas photos of her friend’s children in a public park. The woman’s house, according to Coral Springs Talk, backs up to the park.

Nickolette Mottola, a professional photographer who volunteered to take the photos, and her boyfriend, Angel Ruiz, carried a small Christmas tree, along with a crate and blanket, to their local park on a Sunday in order to help out a dear friend. As soon as they started wrapping up the photo shoot, Mottola said, a woman emerged from her home and began screaming.

The woman’s tirade, which contained too many obscenities to quote here, ended with her threatening to call the cops (for absolutely no wrongdoing, according to the director of parks and recreation in the city).

Editor's Tip: Need a new lens but aren't sure what focal length to get? Learn why every photographer needs a 35mm lens.

The woman, Debbi DeCaro, repeated her message multiple times; she said she was worried about the children in the park and wanted the photographer to “get a studio.”

However, she immediately made one of the children with Mottola, and a child nearby, start bawling with her loud, and cruel, objections. Obviously, the irony was lost on her.

After the photographer captured video of the woman, she decided to leave the park. On her way out she saw DeCaro yelling a similar message to an extremely pregnant woman who was posing for her maternity shoot, Mottola said.

This is not the first time DeCaro has harassed women in the park behind her house, according to Mottola. After Ruiz posted the video to Facebook, another city resident reached out to inform the couple she got sprayed with a pressure washer through the fence of DeCaro’s house the previous week.

Mottola took it all in stride, simply requesting DeCaro is more understanding and kind to future amateur photographers.

Via Coral Springs Talk and PetaPixel