The age old argument over whether a DSLR is really worth it in the age of the smartphone was answered by Samsung this week.

Supporters of DSLR cameras came out on top as Samsung was caught pawning off a Serbian photographer’s photo as their own. The photographer, Dunja Djudjic, says she received an email that someone had purchased the rights to her photograph for $250 off of EyeEm, a stock marketplace.

She then did a reverse image search and located the photograph on the Facebook page of Samsung Malaysia. Samsung claimed the photo was taken with a Samsung Galaxy smartphone. Or at the very least, they didn’t mention that the photo was purchased from a stock website.

On top of the sketchy marketing, they also Photoshopped Djudjic’s DSLR photo to show the “before” and “after” effects of the Galaxy’s portrait mode, according to DIY Photography. 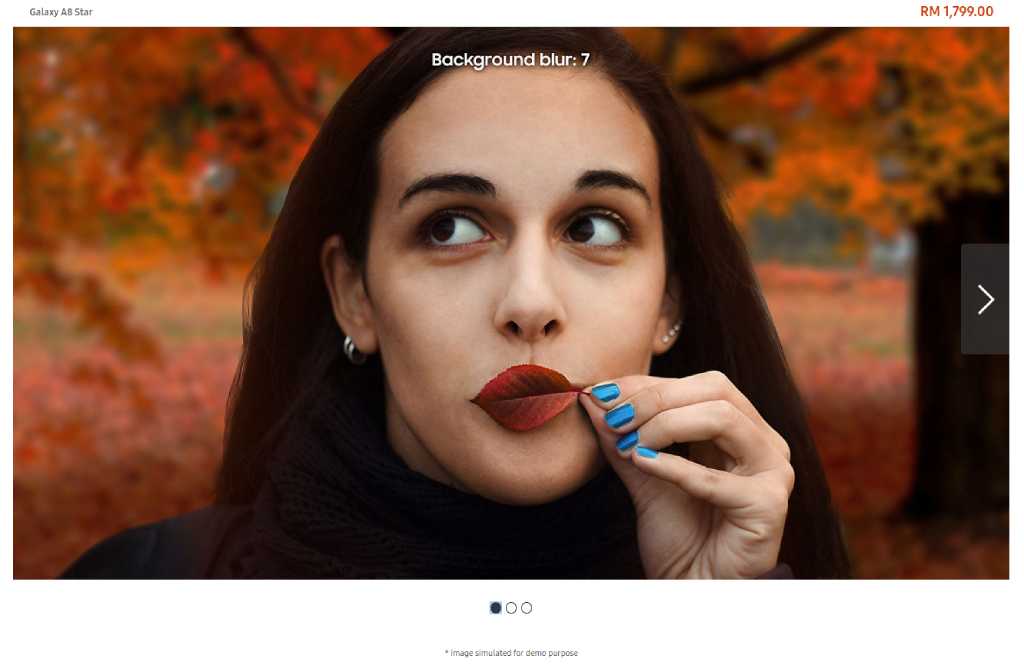 The original photo, a picture of Djudjic pulling on her bright red lips with some forestry in the background, was pasted onto a different, crisper background (supposedly to show off the blur effect of the Galaxy). Someone at Samsung then color corrected her face to match, and also happened to remove all of the blood vessels in her eyes, Djudjic says.

This is the second time this year that Samsung was busted using stock photos in their advertising. The last time was in Brazil, where workers pulled images off Getty photos. Photographers were none too happy the last time around, either.

Editor's Tip: Ready to take the quality of your photos to the next level? Try Luminar 2018 for free.

Whether you take this as proof that you made the right decision paying hundreds of dollars for a DSLR, or a warning against false marketing, you can bet that all eyes in the photography world will be on Samsung in the coming weeks.

If you go to the Malaysian Samsung Facebook page now, you will see a small disclaimer on the photos.

As for Djudjic, she just hopes this convinces people to be more careful with their money, and to not believe any advertising for smartphones.

Via PetaPixel, DIY Photography, and Gadgets360