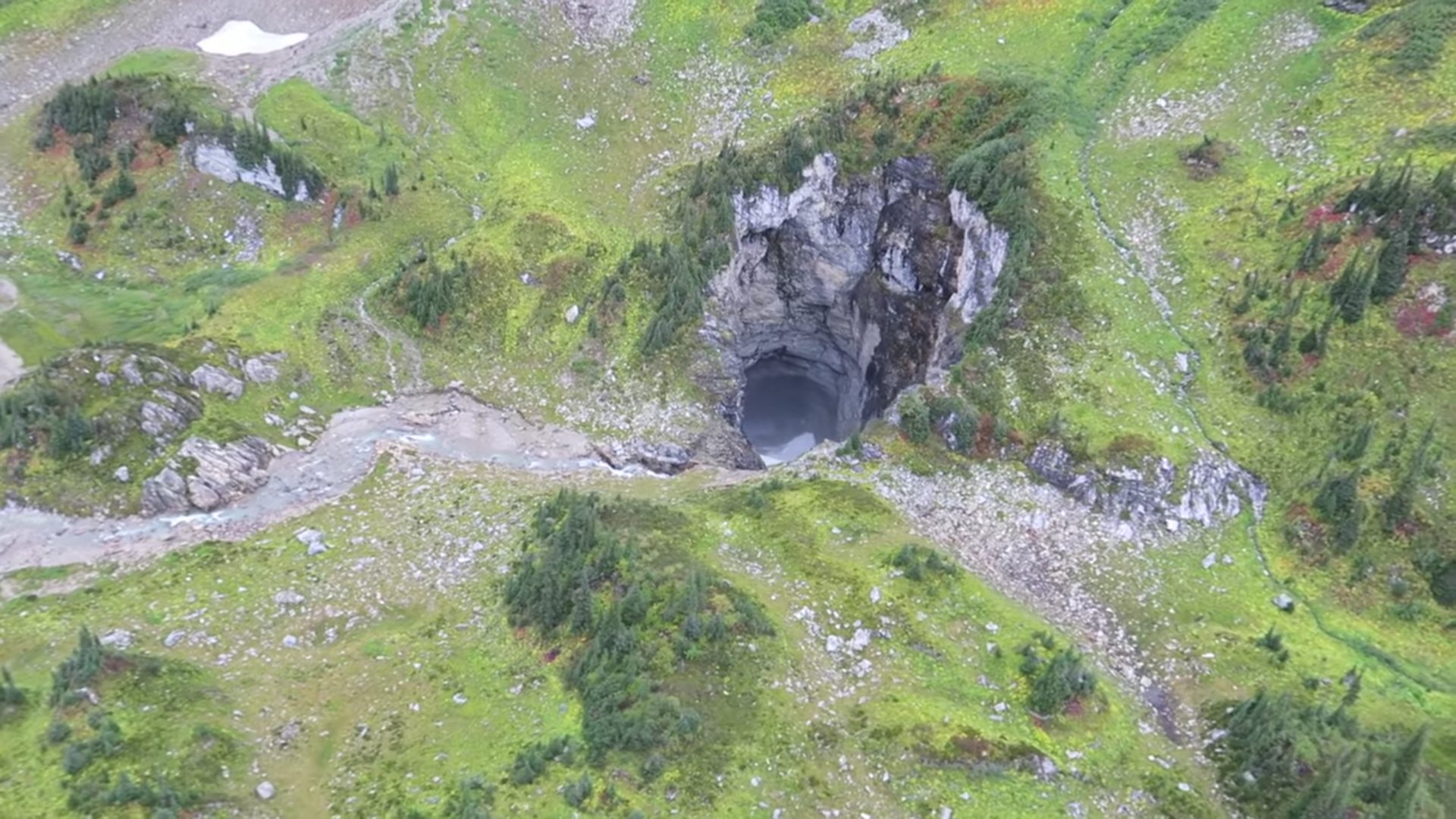 The most epic crossover in history is happening in British Columbia… Star Wars fans and Instagram photographers are both sharing their excitement over a newly discovered cave big enough to fit the Statue of Liberty.

The cave, which was discovered earlier this year in British Columbia, is appropriately known as “Sarlacc’s Pit,” thanks to how much it resembles the Star Wars desert animal. The existence of the cave, and a mighty river running underneath it, wasn’t announced until last week.

A five-person team of researchers discovered the cave in the spring while they circled a park outside of Clearwater, Canada in a helicopter. The team originally meant to count caribou in the area, until they noticed a black hole in a snow-covered hill, according to an article by the New York Times.

Understanding the importance of the discovery, the helicopter pilot got Dr. Catherine Hickson involved. Hickson is a geologist who conducted her Ph.D. research in Wells Gray Provincial Park, the park where the cave was discovered.

Hickson then secretly put a new research team together to survey and take amazing photographs of the cave. The team encountered one issue on their research mission - they needed to wait until the snow had melted.

Now that the cave’s existence has been announced, the Royal Canadian Geographical Society, alongside the Ministry of Environment and Climate Change Strategy, is keeping the exact location as secret as possible.

The groups, the researchers, and the discovery team are worried that Instagram tourists might ruin the remote, rugged natural wonder before they put a plan in place to protect it.

Officials from the Ministry of Environment and Climate Change Strategy are currently in talks with the Indigenous populations from the area to discuss next steps.

Via PetaPixel and The New York Times