Photobucket: From Rise of Fame to Breaking Billions of Photos to Present Day 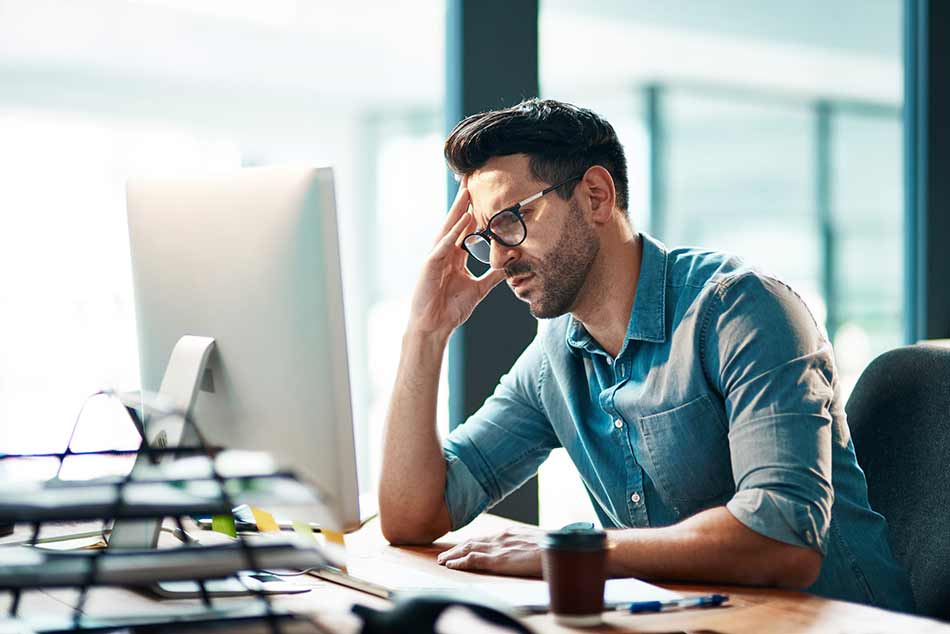 There was a time when Photobucket was the go-to place for photographers of all kinds to store their photos.

It came in hot on the tech scene in 2003, offering free image hosting on their servers. Quickly - perhaps too quickly - photographers from around the world realized what a great deal it was to have free image hosting and started uploading their images by the millions.

Fast forward to 2017, and Photobucket boasted about 100 million users worldwide that had uploaded over 10 billion photos. That's when Photobucket decided to do away with free image hosting.

It was a quick fall from grace, and today the company is basically a shell of its former self.

Here's a short retrospective of what used to be one of the biggest photography platforms on the web.

According to Wikipedia, Photobucket was founded in Denver in 2003 by Alex Welch and Darren Crystal with financial backing from Trinity Ventures.

The pair steadily grew the company, and its popularity got it on the radar of Fox Interactive Media, which acquired Photobucket in 2007. Two years later, News Corp, Fox's parent company, sold Photobucket to Ontela, a Seattle-based mobile imaging company.

Photobucket's About Us Page notes that the company had an audience of more than 23 million unique monthly users in the United States alone in 2010, and that at that time, over 4 million images and videos were uploaded to Photobucket's servers each day.

In 2011, the company became the default photo-sharing platform for Twitter - a lucrative pairing given that at that time, well over 2 million images were shared each day on Twitter.

Many users joined Photobucket to host their images for use in forums, on blogs, and for e-commerce purposes. All of this helped Photobucket become the world's largest image hosting service.

The company continued to fly high for six more years until June 28, 2017, when it quite literally broke the internet.

Editor's Tip: Take your photo editing capabilities to the next level with Luminar 3 with Libraries. Explore the next generation of photo editors now. 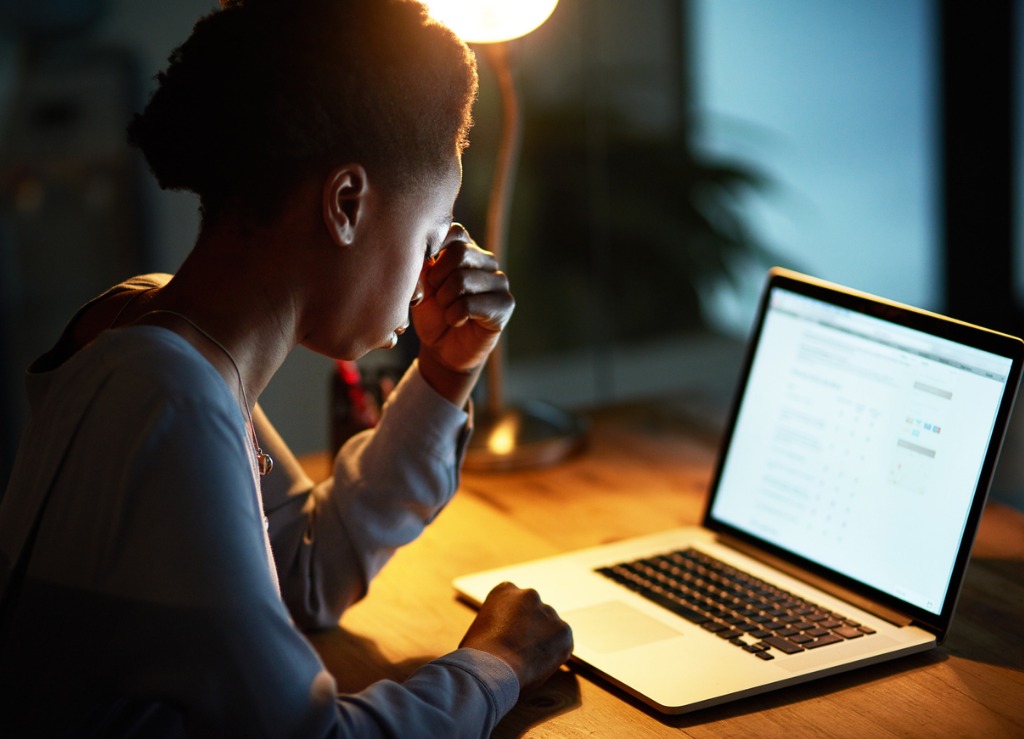 The tides of fortune turned on Photobucket when the company decided to update its Terms of Service.

The new terms eliminated the free image hosting that its users had enjoyed for 14 years and replaced it with paid plans.

While it's understandable that Photobucket needed to change their fee structure - at the time, approximately 75 percent of the company's costs went to covering the free image hosting - the manner in which they went about it caused a furor, to say the least.

you are a DISGUSTING company @photobucket this is 100% blackmail. I have years of blog content on your platform, now forcing to pay 400/year

For starters, the price hike was as much as $400 per month - an astronomical increase, especially from the starting point of being free.

Secondly, Photobucket users weren't informed of the new pricing structure until just 30 days before it went into effect. Many Photobucket users reported at the time that they never received an email explaining the change.

Then, when the new Terms of Service were released, you had to read 500 words into the document before finding the first mention of the price hike.

Now, in defense of Photobucket, they did provide details about the change of terms via many different means.

However, the manner in which they revealed the Terms of Service changes seemed a little too quiet - like burying the changes in the fine print. But as Jared Polin points out in the video above, free image hosting is a thing of the past, anyway.

All that aside, the biggest controversy with the Terms of Service occurred when Photobucket basically held 10 billion images hostage.

When the changes to the terms took effect, everything from how-to blogs to listings on Amazon and eBay suddenly had no photos.

Instead, in their place was a banner that simply said: "Please update your account to enable third party hosting." 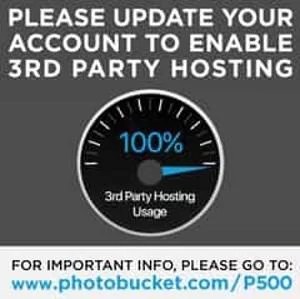 The panic that induced was a sight to behold.

Tens of millions of users simultaneously realized that their images were no longer accessible.

Suddenly, platforms like Flickr - which remained free - became much more attractive. Photobucket users wanted out, and out now.

Special congrats to @photobucket for killing their own site. No more 3rd party image hosting unless I pay $400/year? I'll go elsewhere, ty.

There was a problem, though...

While all the images were still available on Photobucket, users were only allowed to transfer them one at a time. That's not a problem if you have a couple dozen photos. But for users with hundreds, if not thousands of photos, that simply was not an option.

The only other option was to pay the new fee to have the images released. Needless to say, that had many people crying foul, saying that Photobucket was holding billions of photos hostage. Who could blame them for feeling like that?

Photo by Andrew Neel on Unsplash

Earlier this year, the $400 per year plan was nixed. The CEO of the company that spearheaded the price increase was let go too.

In fact, to try to appease its angry users, in May of 2018, Photobucket slashed its prices and began offering a spate of new plans:

Additionally, there is a $2.49 per month add-on price for the ability to enable third-party image hosting.

Clearly, these prices are a far cry from those the company tried to implement last year.

Photobucket also restored millions of photos in the hopes that it would pacify some of the tens of millions of customers it angered.

Has this new, friendlier strategy worked?

It's tough to say.

There aren't any hard numbers of how many users Photobucket still has.

But one look at the changes within the company tells you that it's a shell of what it used to be.

Gone are the big downtown Denver headquarters near the Rockies' ballpark. Instead, the company is in smaller offices to the north in the RiNo neighborhood.

Also gone are most of its employees - it's down to just 10 after peaking at 120.

Nevertheless, with new leadership and new prices, Photobucket is hoping to turn things around and become the go-to image storage site once again.

But when so much damage is done, it's hard to recover. Only time will tell if they can make a comeback.

Via Denver Business Journal, The Denver Post, and PetaPixel