Picture of the Farthest Reaches of the Universe Released by NASA 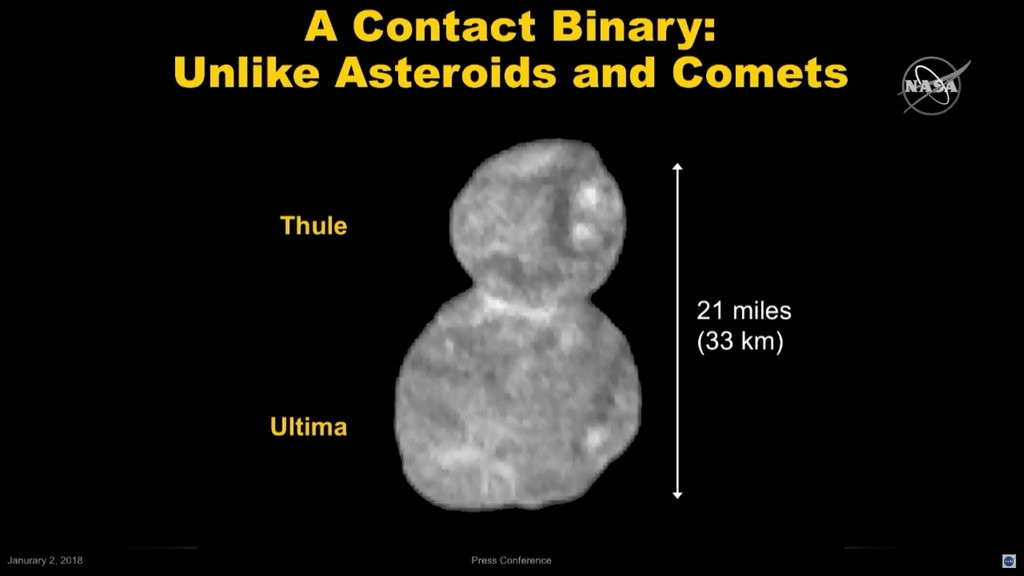 Ultima Thule, an icy object 4 billion miles from the sun, was caught on camera by NASA’s New Horizons spacecraft on New Year’s Day.

Ultima Thule is a planetesimal, or the building blocks of a planet, NASA scientists explained. It looks like a snowman.

The New Horizons flyby took place half a million miles from Ultima, which is why the picture is quite blurry. From this flyby, scientists now know Ultimate Thule is 21 miles long from top to bottom.

The planetesimal got its name from a combination of the names of each object, Ultima is the larger one and Thule is the smaller one.

In order to capture the photo, Stern explained the object is, “only really (the) size of something like Washington, D.C., and it’s about as reflective as garden variety dirt.”

The chase was worth it. While the colored image is extremely faint, the black-and-white camera allowed scientists to understand more about a deserted ice land 4 billion miles away from us.