"Home is Where You Dig It," and Other Heartbreaking Pictures From the Vietnam War 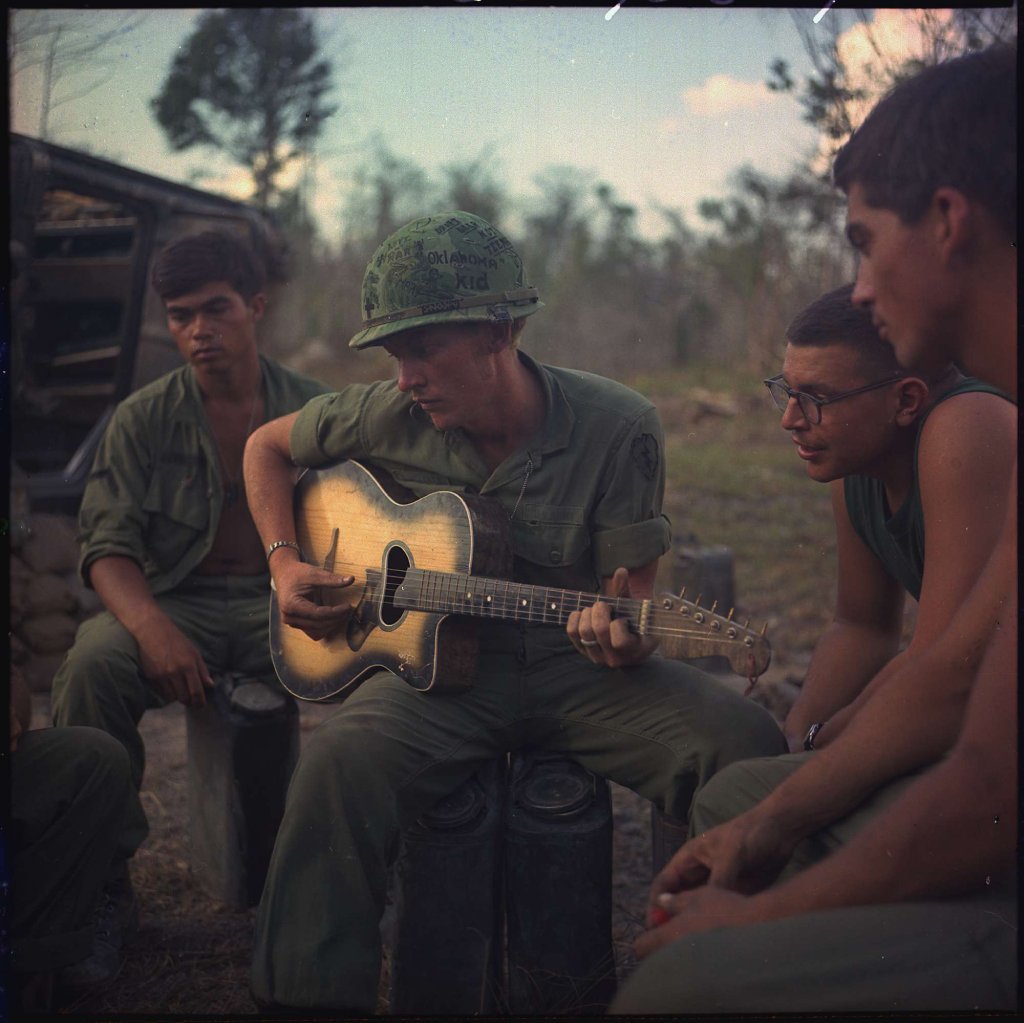 The Patriots Point Naval & Maritime Museum is hosting a photography exhibit all about the Vietnam War, with photos taken by Vietnam vets.

The event features "unsanitized and uncensored" photos showcasing the country's collective memory of the war.

The event made me (not the best history buff) curious about the types of photos taken during the war that aren't famous, the photos that otherwise may have quietly faded into the background instead of staying with us in our collective conscious. 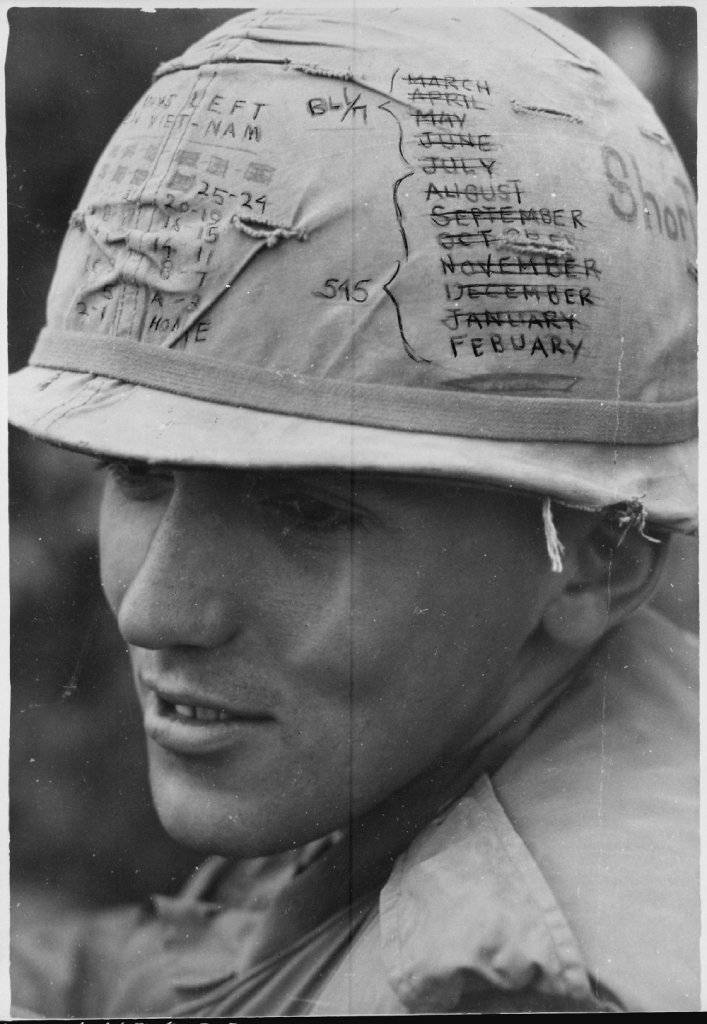 All of these photos were pulled from the National Archives. The one above features a soldier who used his helmet to count down the months until he could go back home. 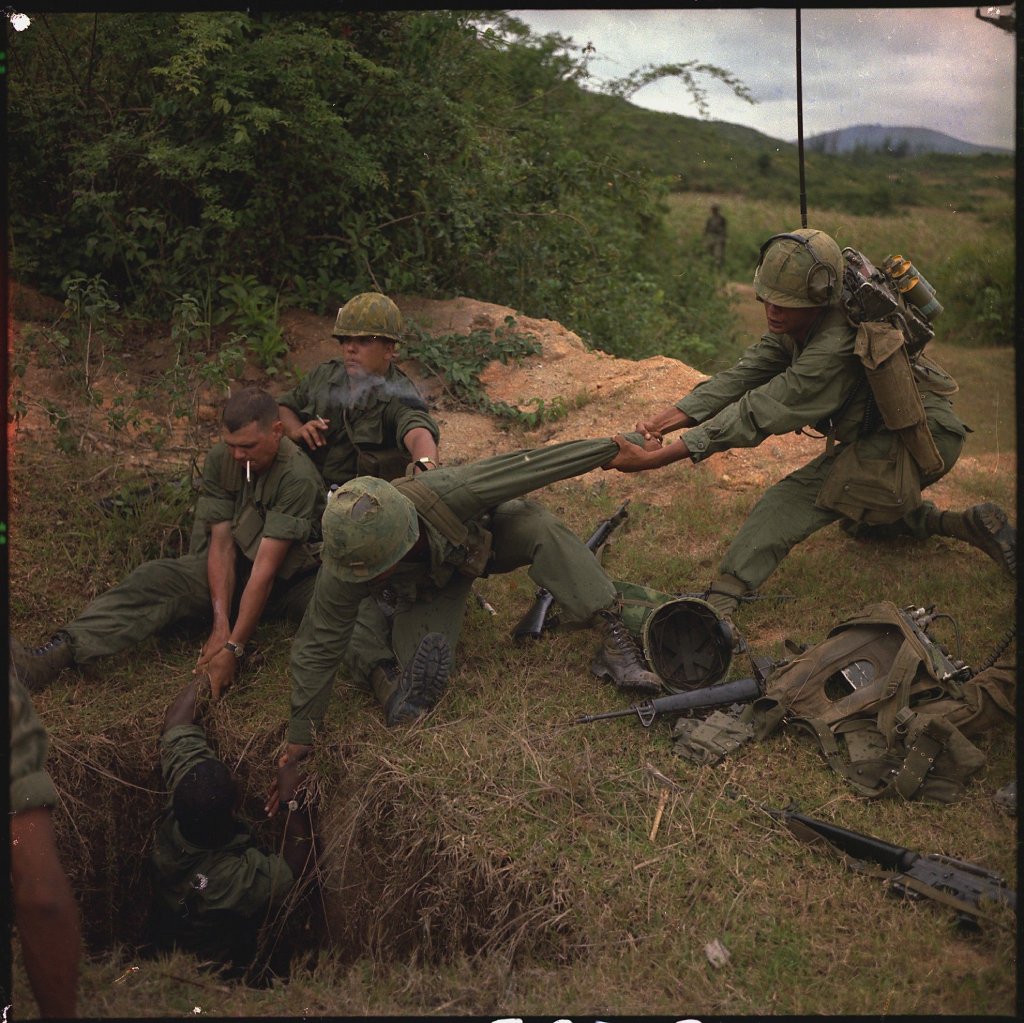 Here soldiers lower a fellow infantryman down into tunnels during Operation Oregon, a search and destroy mission. 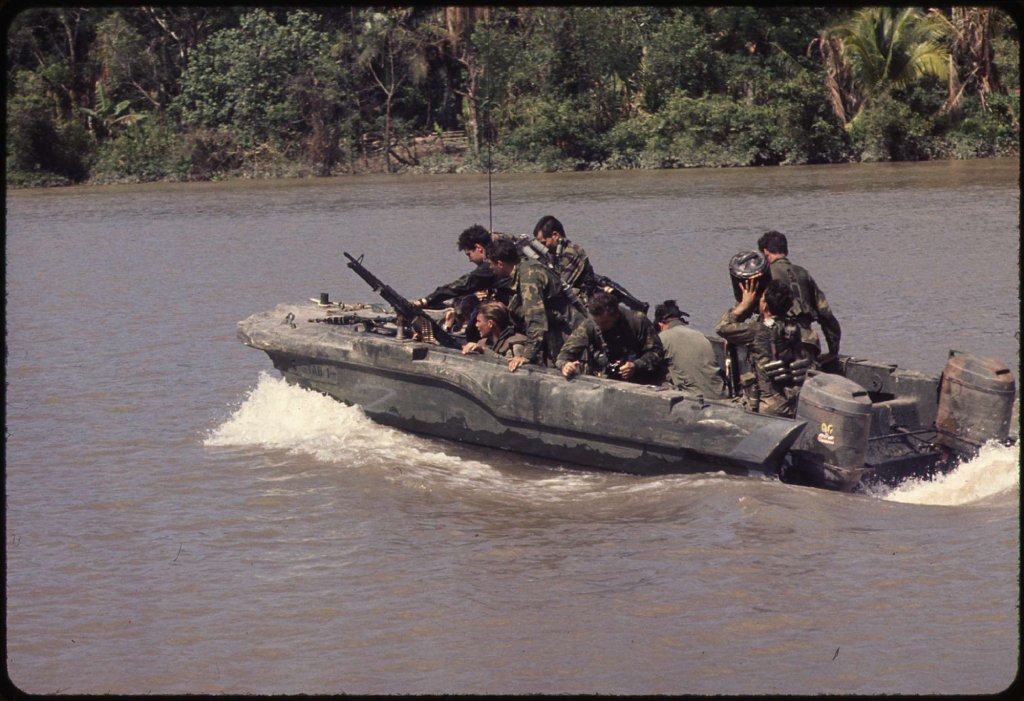 It's impossible to talk about the Vietnam War without also talking about the sticky, muddy, humid conditions the soldiers worked in. This river south of Saigon became photographic evidence of these hardships. 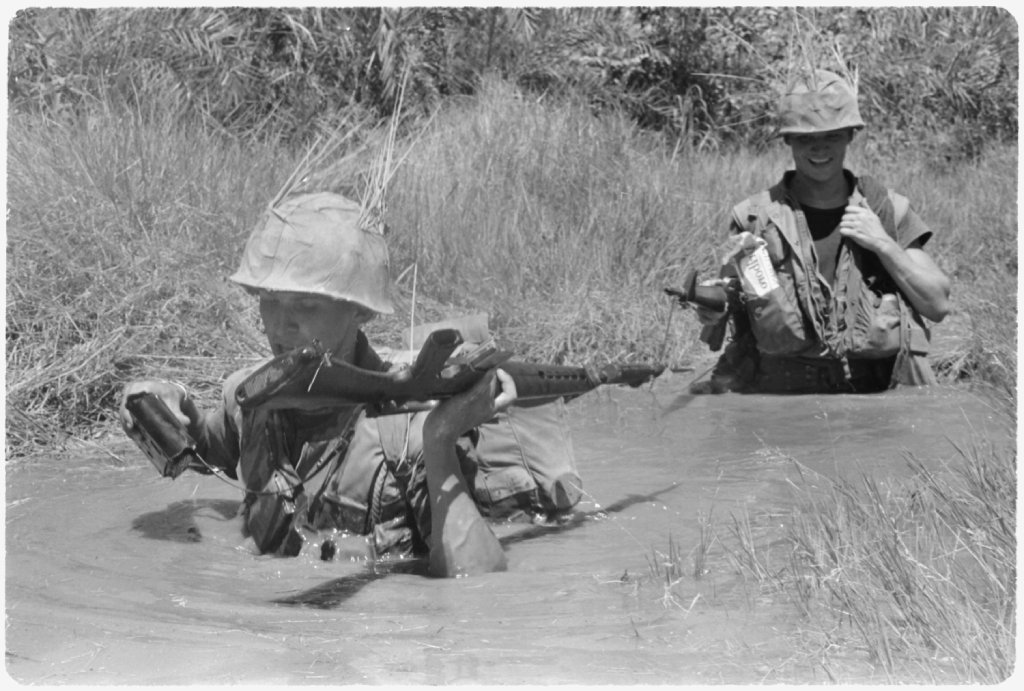 Above, a soldier attempts to keep a battery pack dry while wading through yet another swamp. 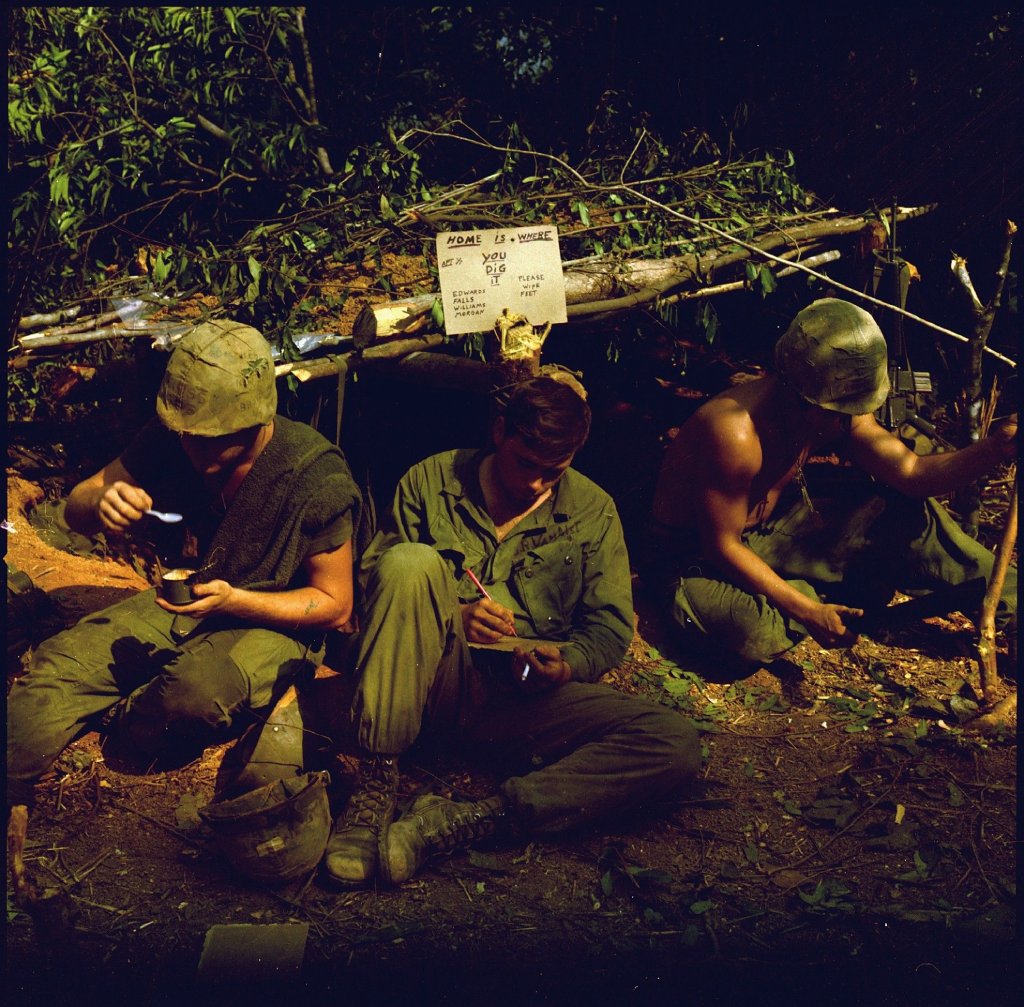 "Home is where you dig it," reads the sign over these soldiers heads. This photograph serves as a stark reminder of how difficult living conditions were for soldiers on the front lines. 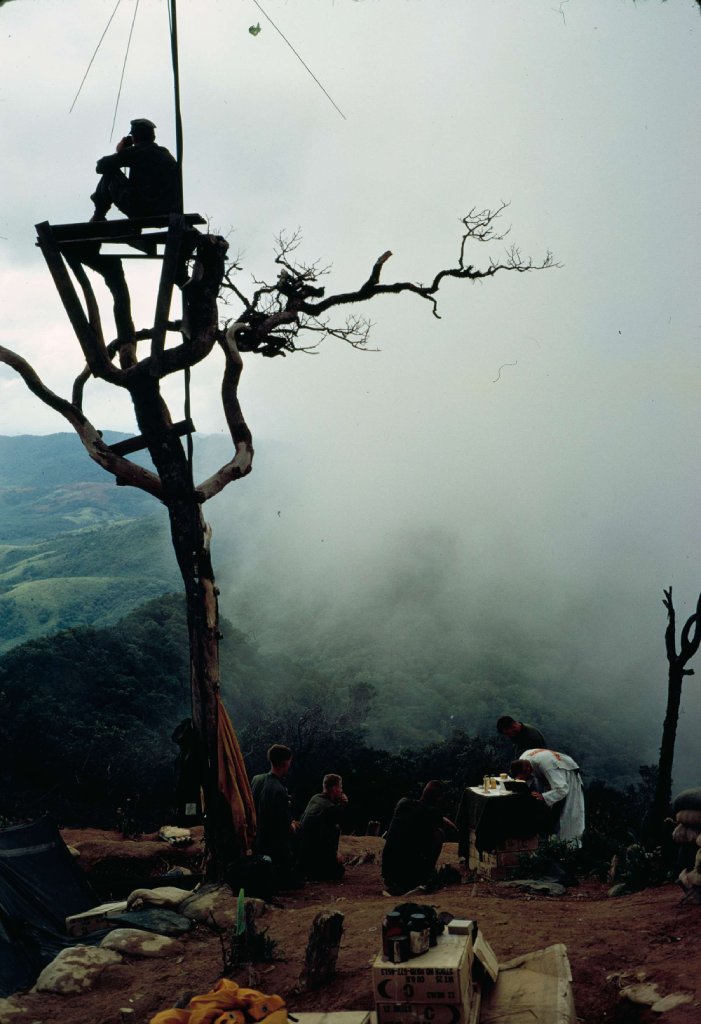 This photograph showcasing a marine on an outlook post over the rest of his team is a personal favorite. The raw, unpenetrated beauty of the Vietnamese mountains almost doesn't fit the scene the photographer is capturing, men on rest from a bloody, brutal war. 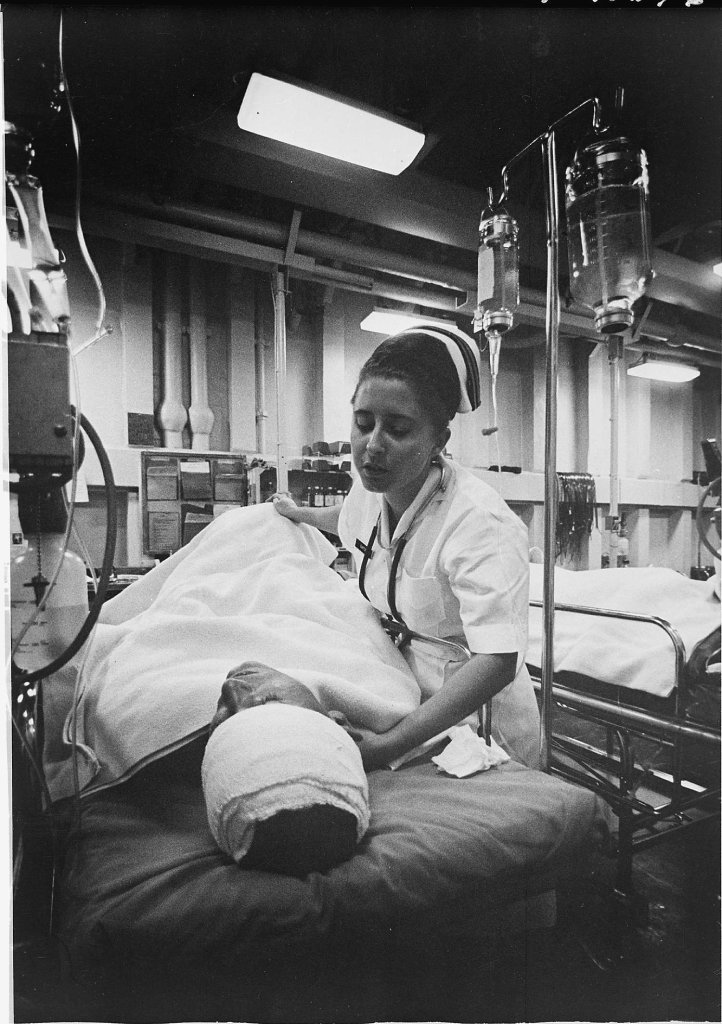 Wartime hospital photos are usually gruesome, but this one is especially so. The one thing this photograph doesn't capture is the one thing it should have, this hospital is operating on a ship sailing the South China Sea. If emergency head trauma surgeries are hard at home, I wouldn't want to be the doctor doing it while also suffering from seasickness. 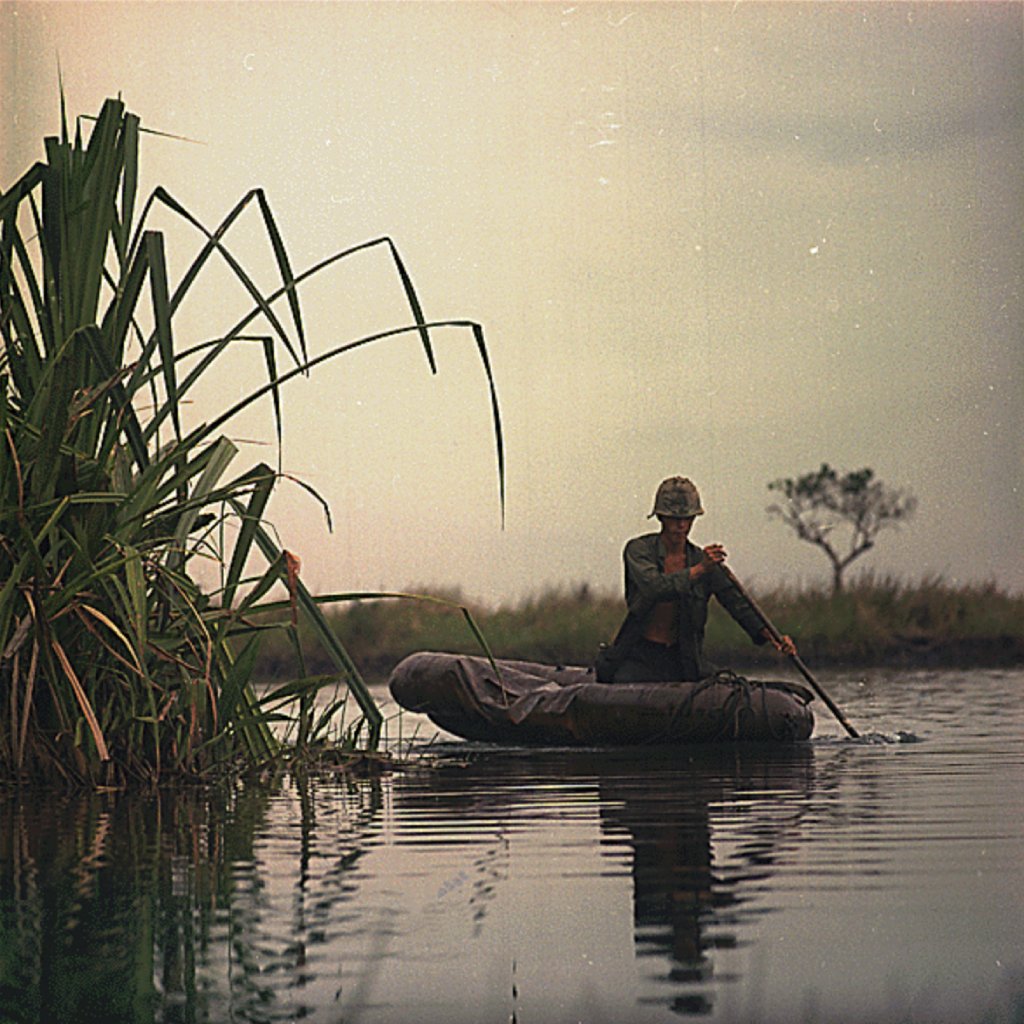 I don't know that I've ever seen a photo from the Vietnam War which so perfectly exuded a creeping sense of loneliness. 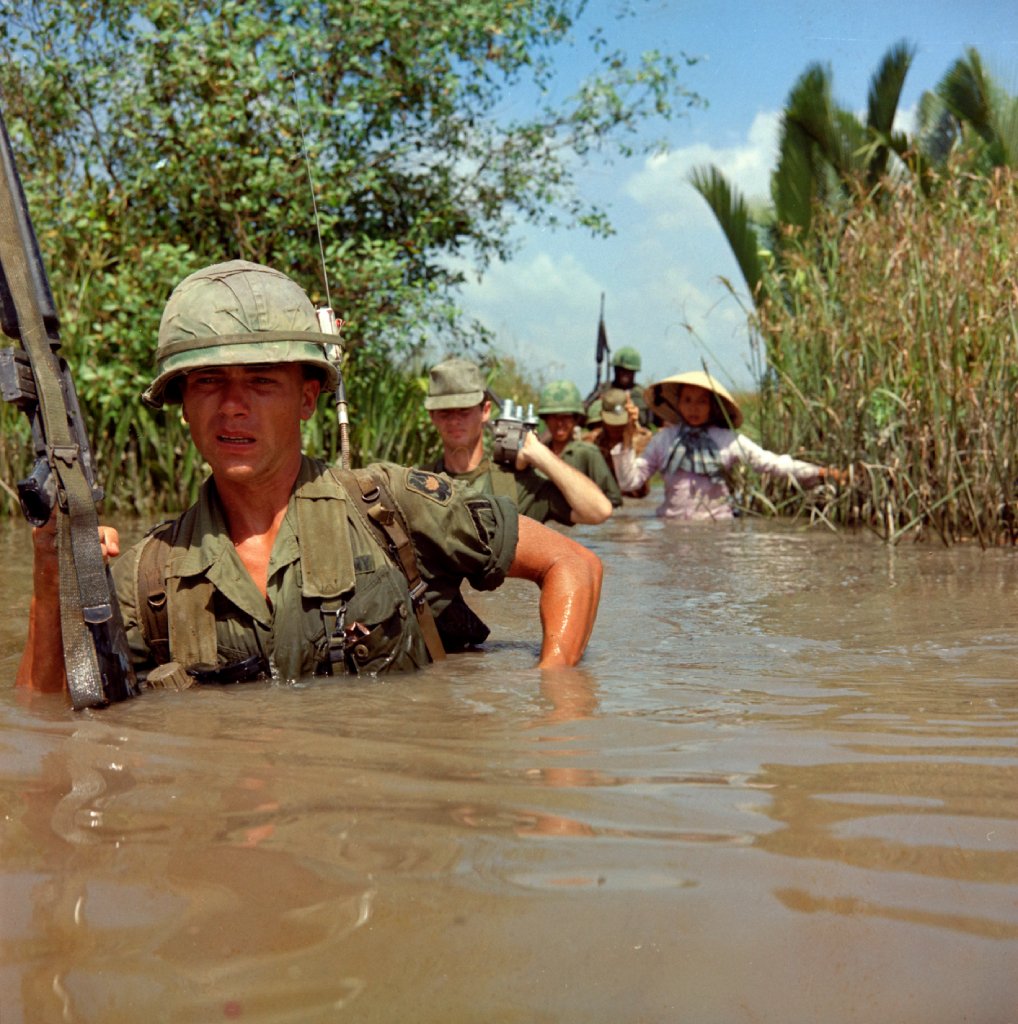 The agony on this soldier's face, paired with the uncomfortable knowledge that the woman standing behind him is the exact type of person this war hurt the most, makes this photo one you can't take your eyes off of.

What types of photos from the Vietnam War do you remember as having the biggest emotional influence on you?

All photographs via the National Archives.