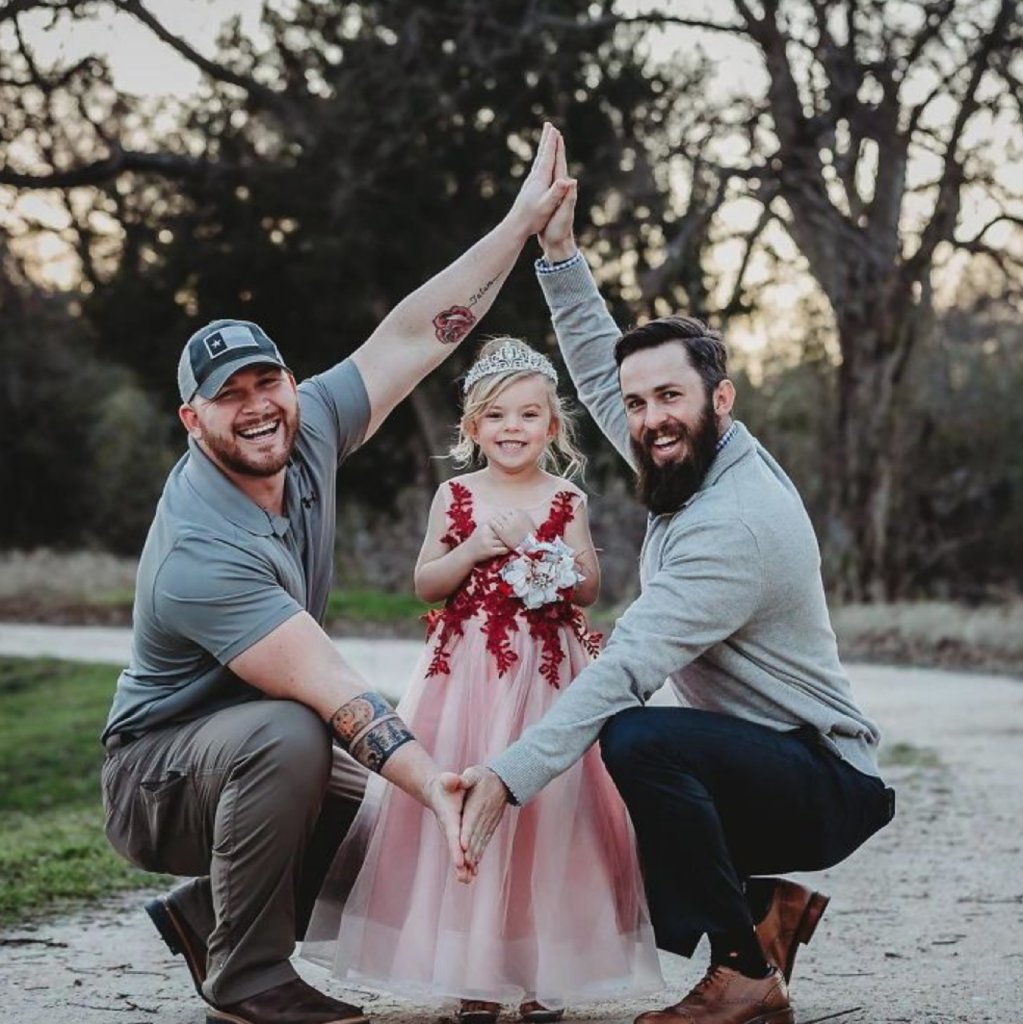 It's always refreshing to see lighthearted stories in the news, especially when it comes to this precious girl and her 2 dads.

Although it may seem like these 2 dads are a same-sex couple, the photographs taken by Willie + Rose Photography in Texas actually feature a young girl, her biological father, and her stepfather.

Blended families are becoming more and more common nowadays, but that doesn't mean it always works out easily.

"Bonus dad," the man with the tattoos and trucker hat who also goes by Dylan, posted on Facebook a few weeks ago describing the impromptu photo opportunity (making it evident that these photos were not staged just for a camera).

In the post (which has been shared nearly 150,000 times), Dylan says that the two gentlemen are not a same-sex couple, but they do share a daughter.

"Not only did I gain a daughter, I gained a brother and a best friend," the post reads.

Dylan also seems like a pretty good wingman because at the bottom of the post he says that David, the biological father, is SINGLE (in all caps).

The photos were taken on the way to a daddy-daughter dance, not just for the benefit of the likes on Facebook. It seems the dads switch off every year because Dylan also mentions that David took their daughter this time around.

Do you have this type of a relationship with your partner's exes?