Even after more than 27 years in space, the Hubble Space Telescope can still take one heck of a photo.

The image above was taken earlier this year and shows two galaxies merging into one.

Described by the European Space Agency and NASA as a "twisted cosmic knot" in the constellation Cancer, it's about 250 million light-years from earth.

The new galaxy, called NGC 2623, has the unique knot shape because of a collision between two previously distinct galaxies.

Naturally, galaxies colliding is an incredibly violent event. It causes gases to compress and mix together, which, in turn, starts the formation of a star.

There are also blue clusters evident in the gas and dust trails that extend out from NGC 2623.

These trails, called tidal tails, are about 50,000 light-years long.

Just to give you some context, one light-year is about 5.88 trillion miles, so those tidal tails are really long...

And just a head's up - our home, the Milky Way, will eventually collide with our neighboring galaxy, Andromeda, and when that happens, it will look something similar to what you see in this image.

We've got time to plan, though. That collision isn't scheduled to take place for about 4 billion years. 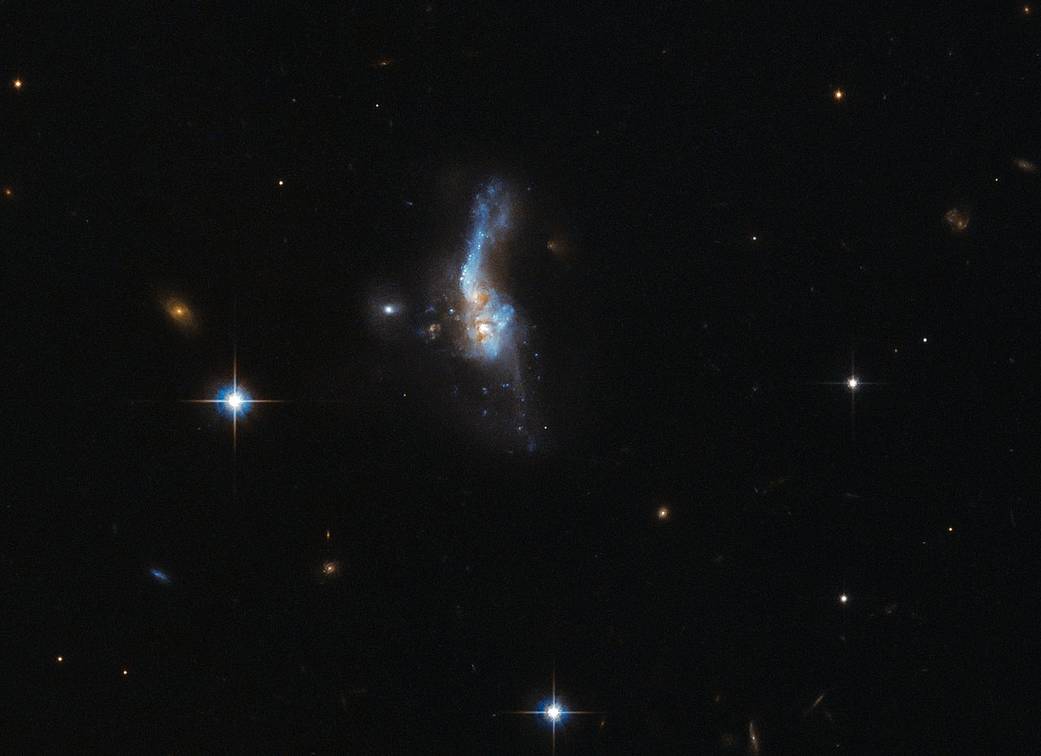 In another image of a different galaxy collision, you can see how beautiful these events can be.

The subject of this photo is IRAS 14348-1447, which is about one billion light years away from earth.

This galaxy collision is so bright and colorful because it's a combination of two highly gas-rich spiral galaxies.

All of that gas makes it an ultraluminous infrared galaxy, which means it shines incredibly brightly in the infrared spectrum.

The gas also makes the galaxy whirl around, giving it the ethereal appearance you see in the photo above.

I'm not ready for the Milky Way and Andromeda to collide, but in the meantime, I sure do enjoy these photos of other galaxies colliding.