How to Compose a Killer Shot of the Night Sky 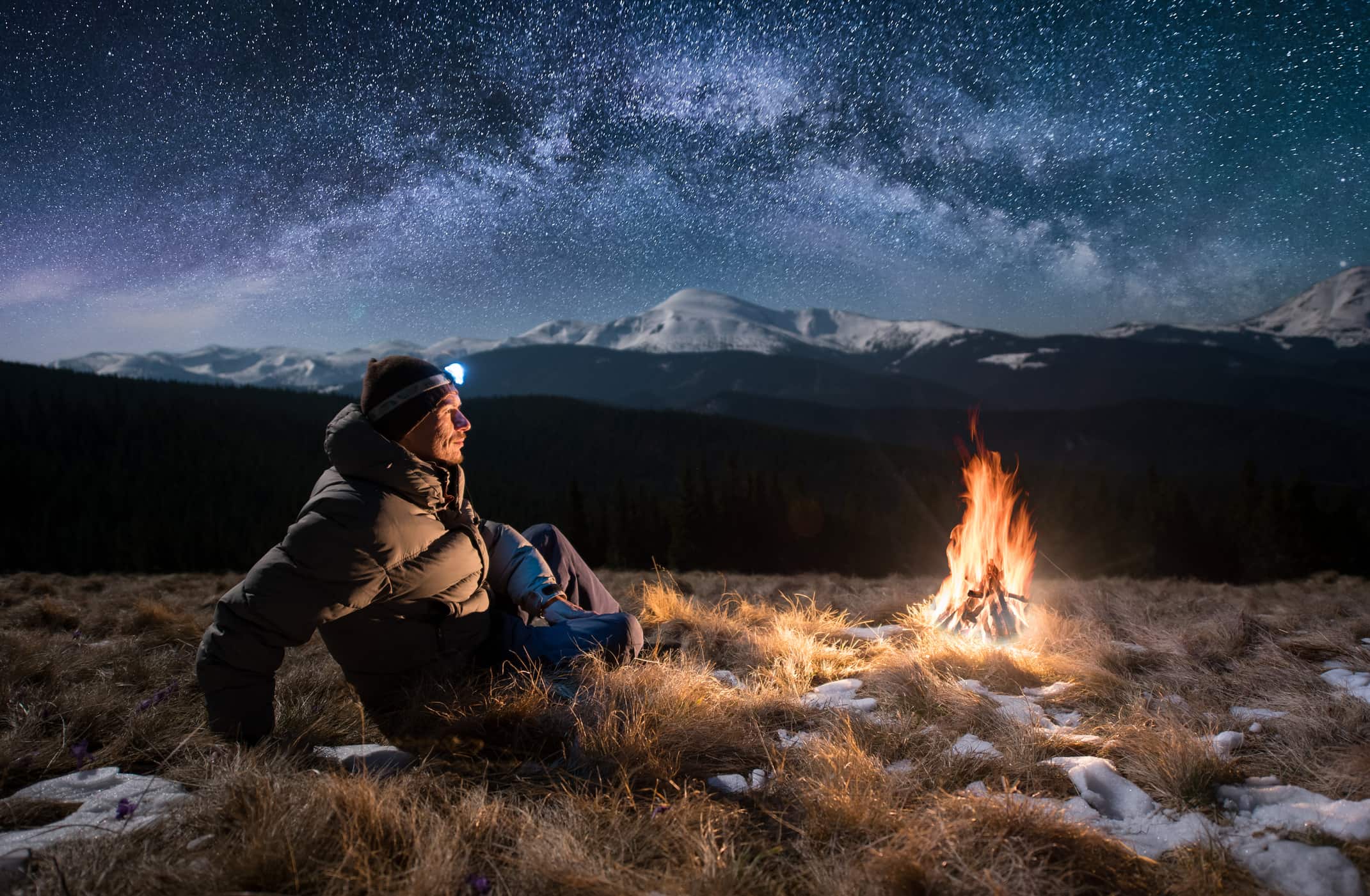 I don't think it's any secret that astrophotography can be a challenge.

I mean, on the one hand, it's a little more technical than traditional photography. But challenging yourself once in awhile is a good thing!

On the other hand, astrophotography can be challenging simply because it's hard not to be so enamored with what you see in the night sky that you forget to double-check things like camera settings, focus, and composition to ensure you get the best possible shot.

In this guideline, I'd like to offer up a few basic composition tips that will help you create better images of the night sky.

Editor's Note: Whether you're new to astrophotography or a seasoned veteran, if you need gear, MrStarGuy is the place to go. From telescopes to binoculars, astrophotography mounts to tripods, MrStarGuy has everything you need to capture the beauty of the night sky in stunning detail. Their competitive prices and commitment to customer service mean you get the gear you need without breaking the bank and with the peace of mind that you'll be supported after the purchase. Check out their complete line of products at MrStarGuy.com. 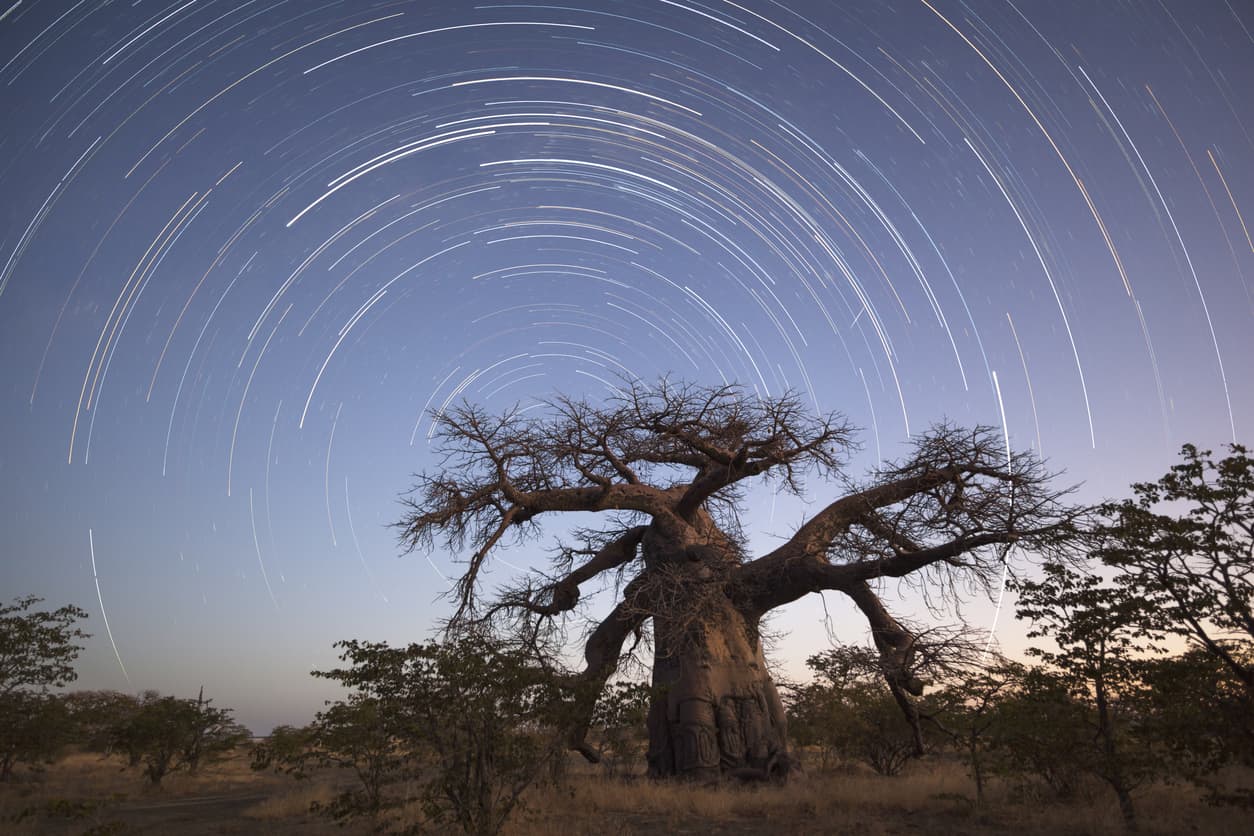 Our eyes naturally follow lines, so it follows that if you include lines in your photos of the night sky, that the viewer's eyes will follow them.

It's a great way to direct the viewer's attention where you want their eyes to go. It also helps you create images that have a greater feeling of depth.

For example, the tree in the image above is an ideal leading line because it immediately grabs your attention and points your eyes toward the sky where they can gaze upon the star trails.

But the use of leading lines needn't be so obvious, either. 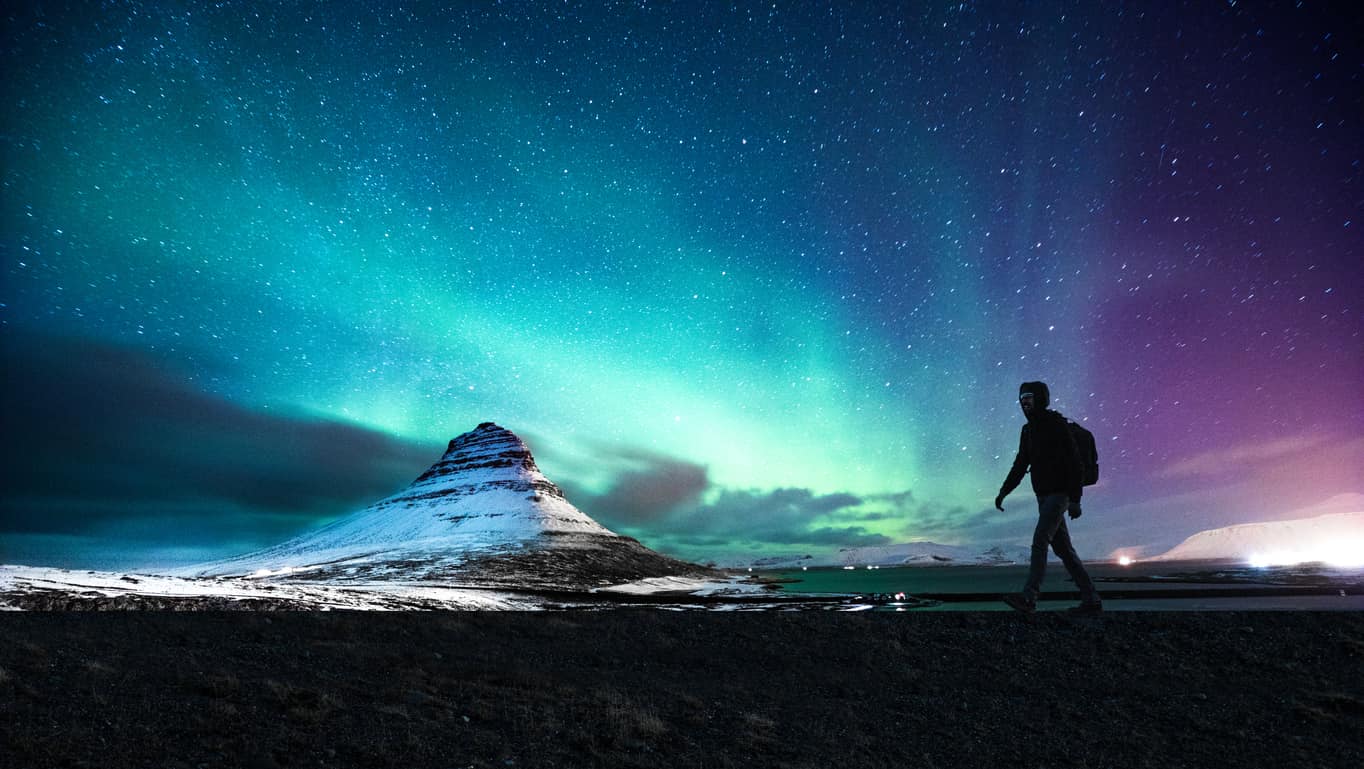 In this image, there's two leading lines that are much more subtle than in the previous photo.

One is the mountain, with its peak pointing toward the colors of the Northern Lights.

The other leading line is the man walking through the frame. Again, the verticality of his silhouette helps drive the eye upward toward the light show in the sky.

Remember the Rule of Thirds 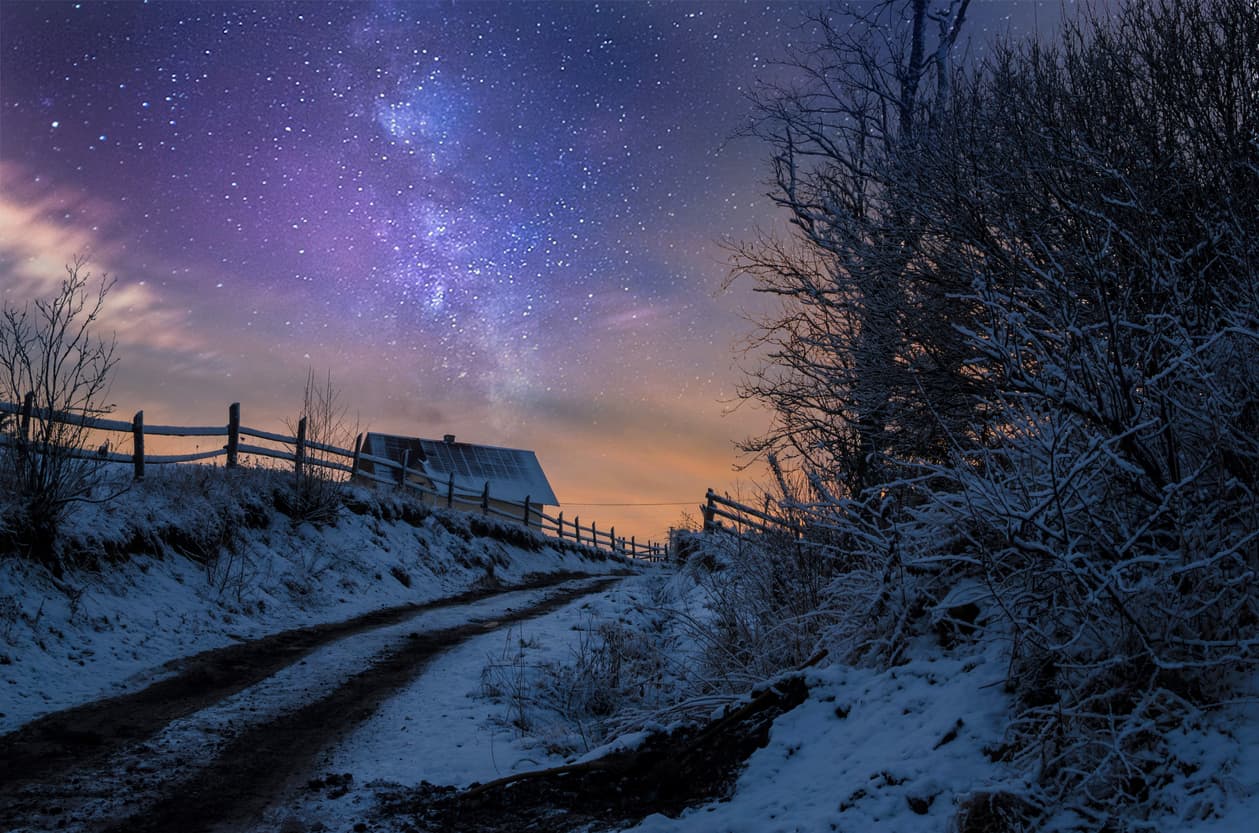 The rule of thirds is probably the most well-known photography rule.

Yet, it's surprising to see so many photos of the night sky with the featured element smack dab in the middle of the frame, precisely where the rule of thirds says not to put the subject.

Now, there's something to be said about bending or breaking photography rules now and again, but more often than not, the rule of thirds will help you create a more dynamic and balanced shot.

In the image above, notice how the Milky Way is shifted to the left of center to more closely align with the rule of thirds. That helps balance out the visual weight of the trees on the right side of the shot. 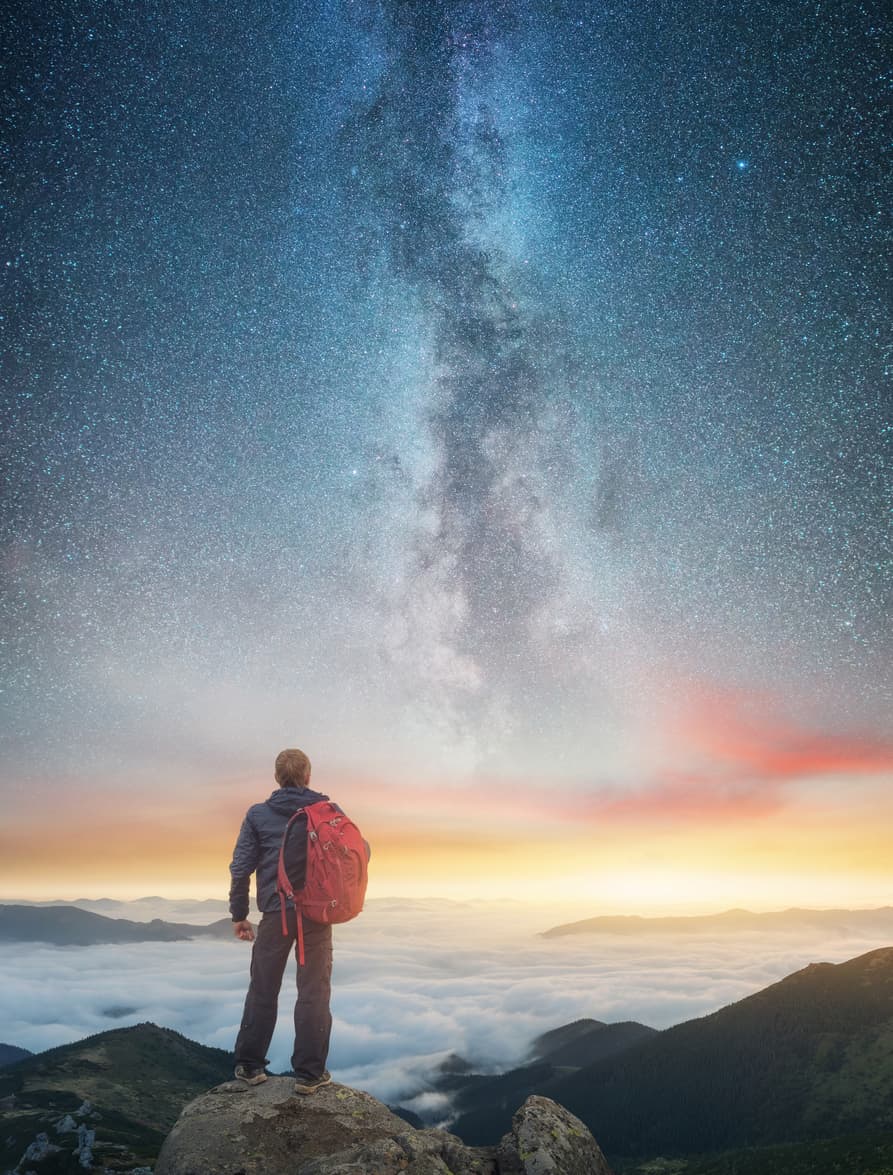 In this image, the Milky Way is positioned in the middle of the frame.

However, because the man commands so much attention in the shot, it was more important to shift him off-center.

The result is an image that feels incredibly balanced and has a lot of depth - you almost feel like you're standing there behind the man gazing at the Milky Way in the distance.

Editor's Tip: One instance in which you might not adhere to the rule of thirds is when you fill the frame with a subject. This is sometimes the case when conducting deep sky astrophotography with a telescope, like a Newtonian Reflector Telescope. In the video above, you can see some examples of deep sky astrophotography that place the subject more in the middle of the frame. Because these objects have such incredible colors and textures, filling the frame with them still results in an eye-catching photo. Click here for more details about telescopes for astrophotography. 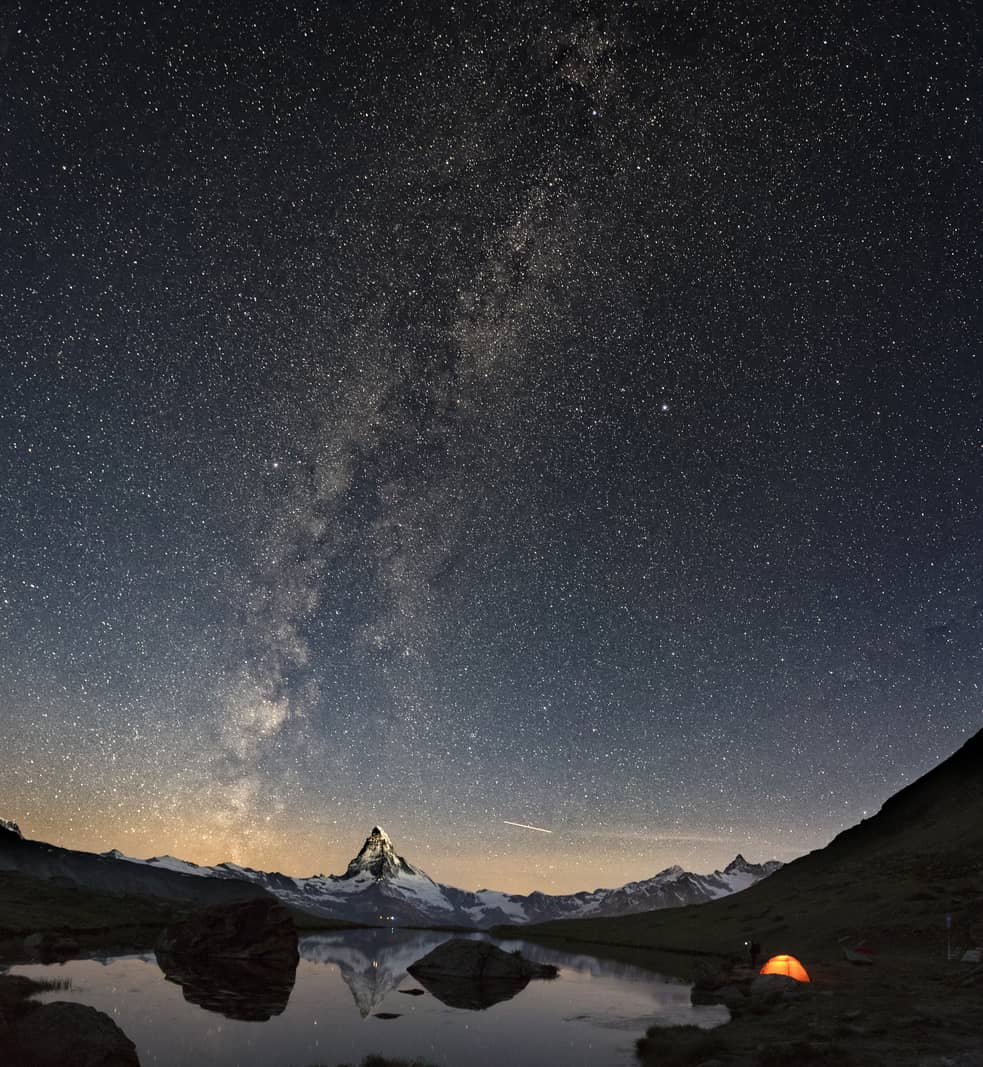 When taking photos of things like the moon or the Milky Way, it's important to include foreground interest in the shot.

First, including foreground elements helps give the image some context. In the image above, for example, having the illuminated tent in the foreground sets the stage for the vastness of space above it. 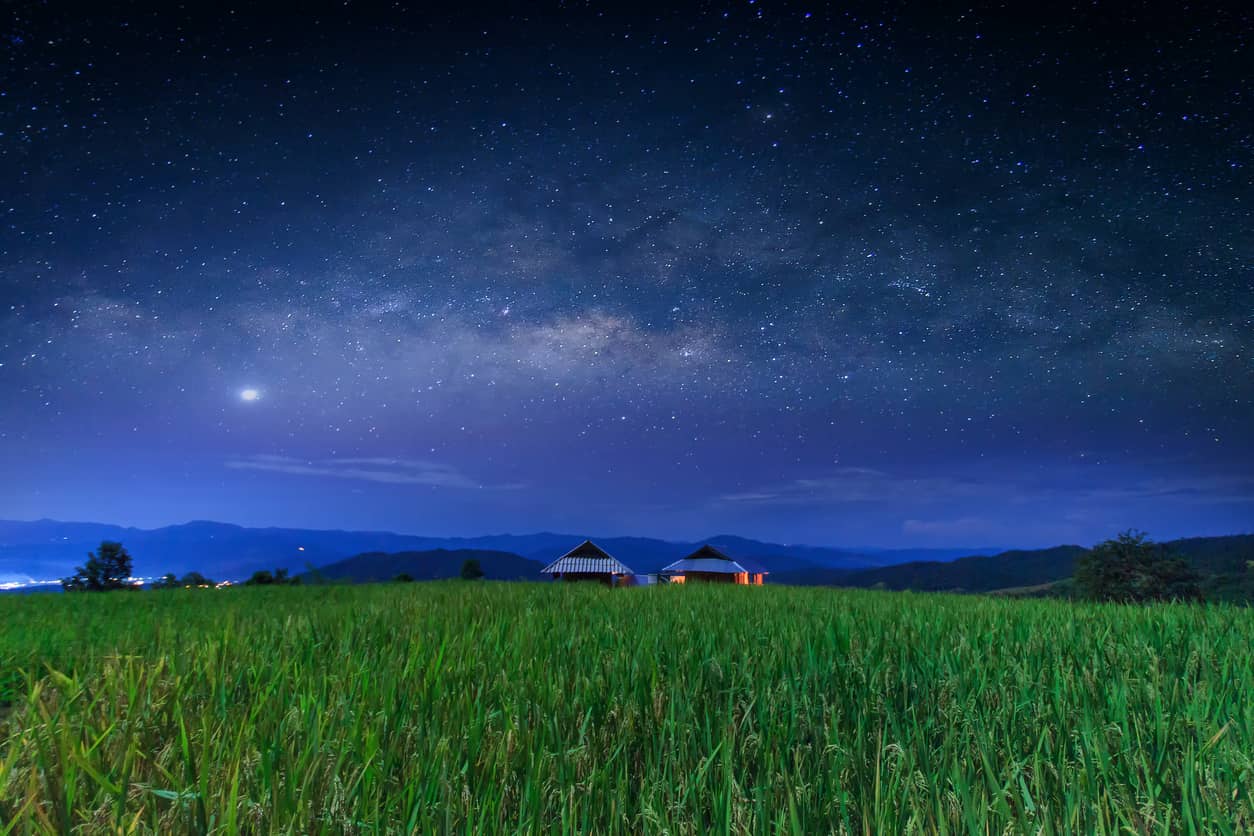 Second, elements like grass, the buildings, and the distant mountains in this shot add more interest to the photo.

This isn't to say that the stars in the sky are a boring subject; it's just that their beauty is enhanced by having other elements in the shot.

In that regard, each of these compositional tips is meant to ensure that you compose the most compelling image.

Great photos aren't great simply because they're of a beautiful subject.

Instead, you need to pay attention to the composition and framing of the shot so that you create a photo that represents that beauty to its fullest.