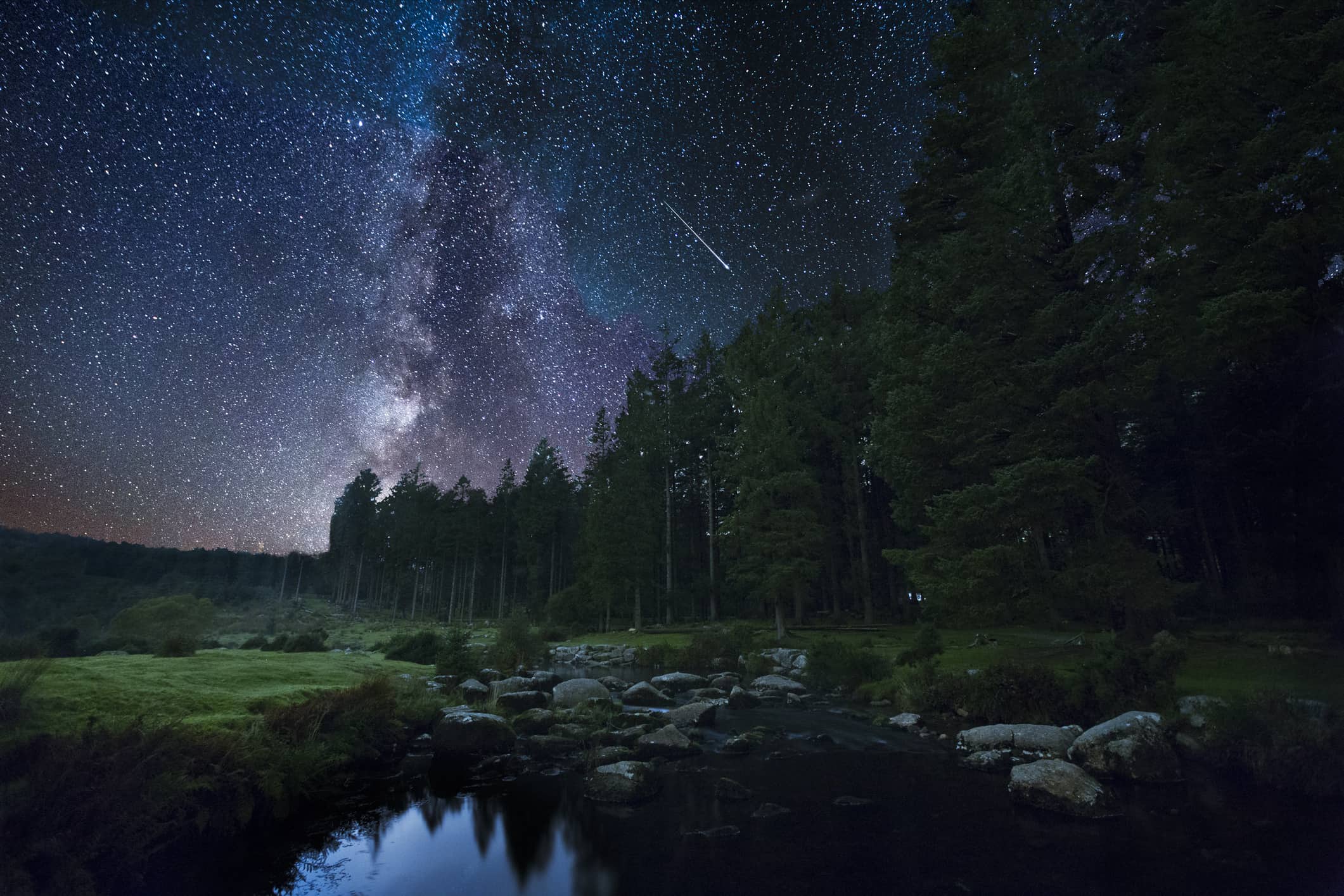 When you grab your gear and head out at night to photograph the Milky Way, you're probably thinking about photography stuff...

You know, composition, framing, camera settings, and so forth.

But have you ever stopped to think about your subject and how incredible it is?

The next time you've got a Milky Way photo shoot planned, think about the following intriguing facts about our home galaxy.

The black hole at the center of our galaxy isn't just big, it's supermassive.

Called Sagittarius A, it's so big that it weighs about 4 million times more than the sun.

It's never been seen before because it's shrouded in a thick cloud of gas and dust, but astronomers are working on a way to get the first glimpse of this black hole.

Most galaxies have black holes at their cores, so the Milky Way isn't unique in that regard. But the sheer size of Sagittarius A is a little unusual.

Get a look at the center of our galaxy in the video above by the Chandra X-Ray Observatory.

A Shroud of Dark Matter Engulfs the Milky Way 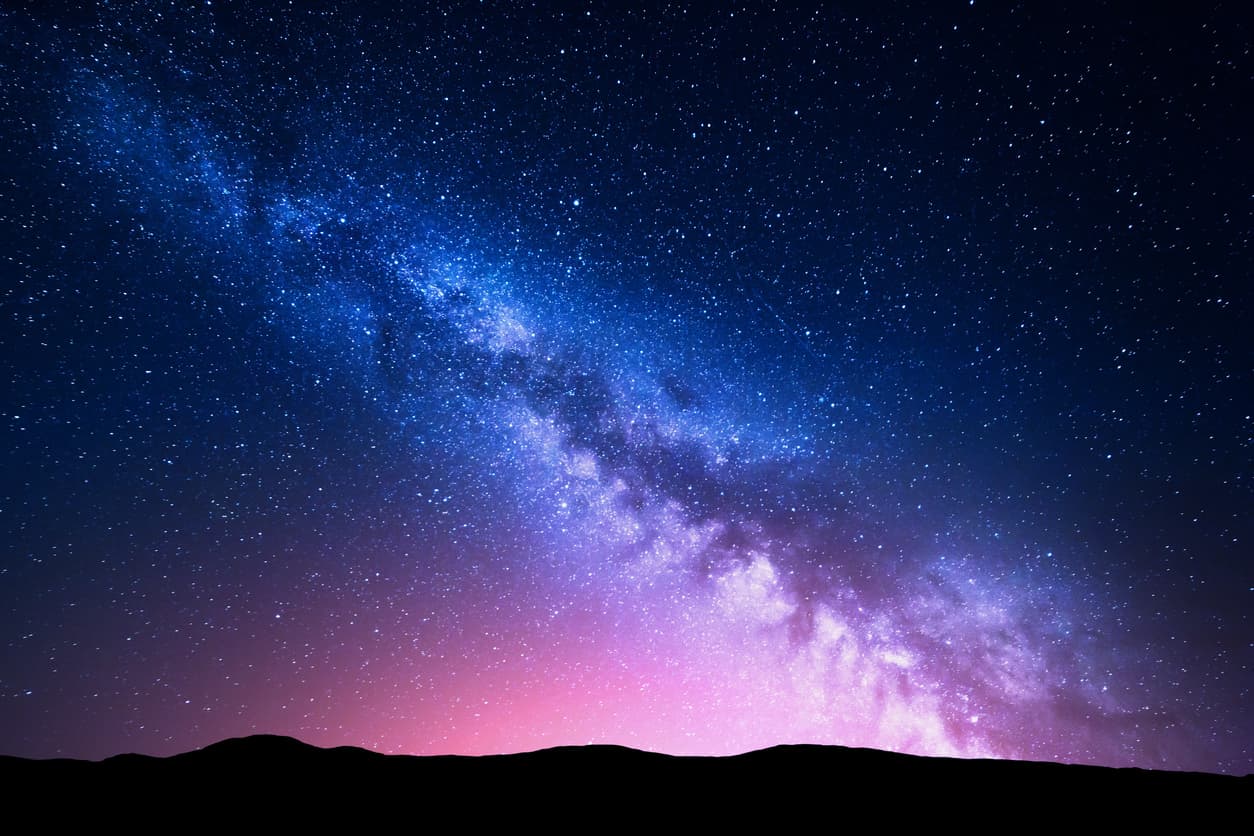 The dark matter that surrounds our galactic home is much, much larger than the galaxy itself.

It's more than a mysterious cloud, though.

Since stars in the galaxy rotate around the galaxy's center at such incredible speeds, without something there to hold them in place, the stars would simply fly outward.

Shaped like a halo, this dark matter actually prevents that from happening, keeping the galaxy together.

The Milky Way Consumes Nearby Galaxies 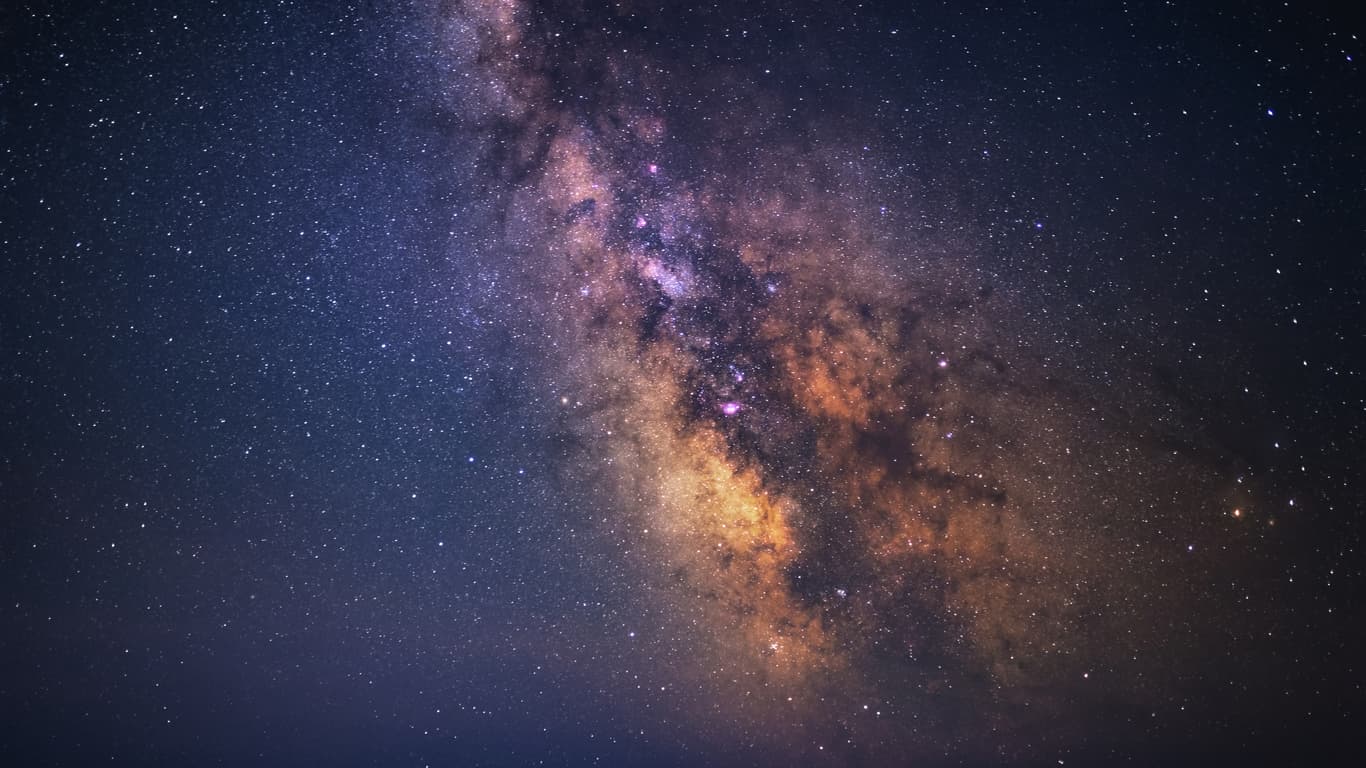 The Milky Way seems to have an appetite...

How do we know?

Decades of scientific study have revealed about 24 remnants of stars on the edges of the Milky Way.

These leftover stars are parts of galaxies that once existed, but got too close to the Milky Way.

The Milky Way was able to gobble these galaxies up because its gravitational forces were much stronger than those smaller galaxies. 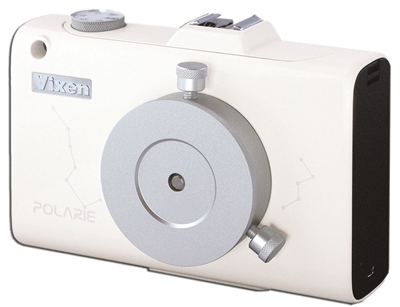 Editor's Tip: Maximize your ability to get beautiful, clear, and sharp images of the Milky Way by using the Vixen Polarie Star Tracker from MrStarGuy. This device attaches to a normal tripod and accommodates cameras that weigh up to seven pounds. Using the built-in compass or North Star Alignment Window, you can orient the Polarie to face north, and once set, it will track the motion of the stars as they move across the sky. This eliminates star trails and results in tack-sharp images of the Milky Way. Visit MrStarGuy to learn more.

Our Galaxy is Mostly Flat 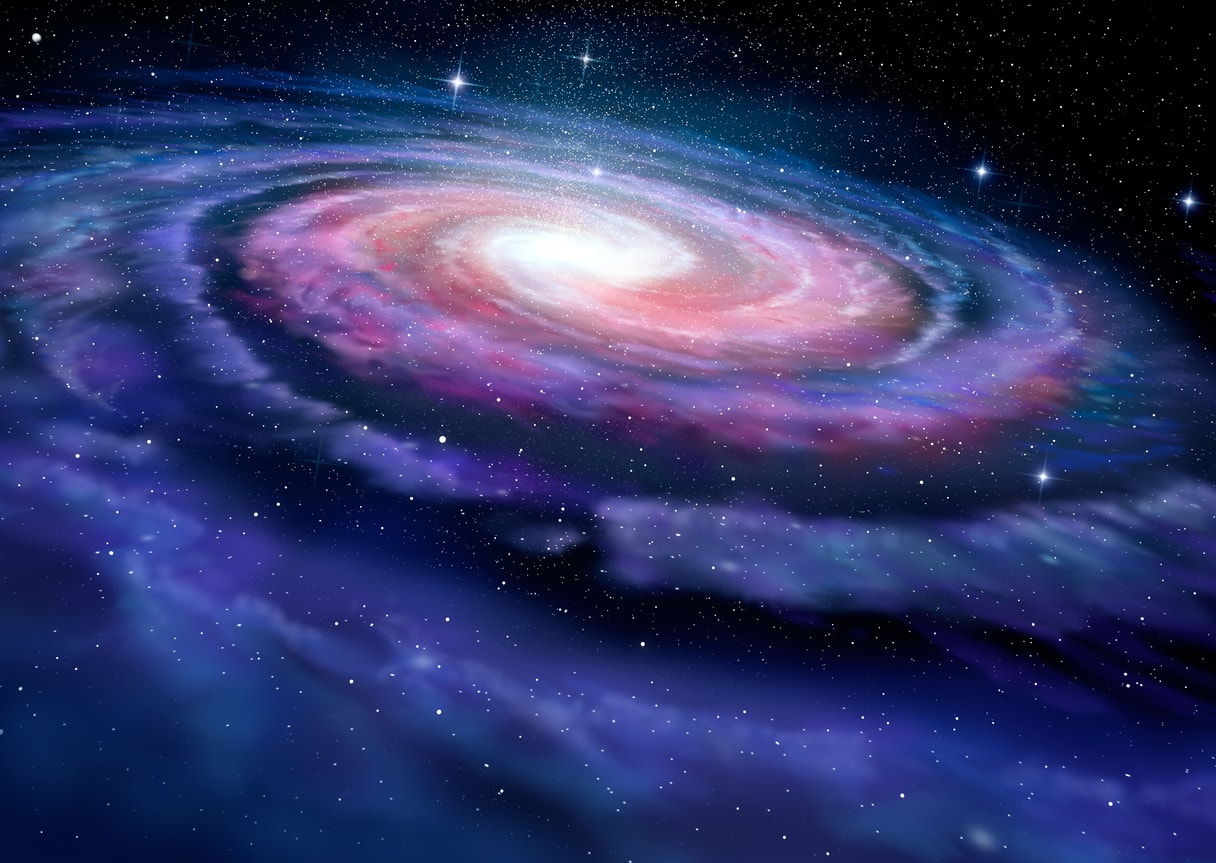 Earth might be round, but the Milky Way is virtually flat.

We're located in one of the galaxy's "arms," roughly 26,000 light-years away from the core of the Milky Way. At the core is a huge collection of stars and dust.

When you look at the Milky Way, you can clearly see it streaming across the sky like a ribbon.

But that ribbon of stars is just part of the Milky Way. In fact, every single star you see when you look up at the sky is in the Milky Way.

If you find a spot that's dark enough, you can actually see the clouds of dust and gas in deep space that prevent some of the light from stars from reaching earth.

In the video above by daveachuck, you can take a simulated tour of our galaxy, beyond the dust and gas that prevent us from seeing further into space.

The video uses images taken by the Spitzer Space Telescope's infrared view of the sky.

The Milky Way is Dying 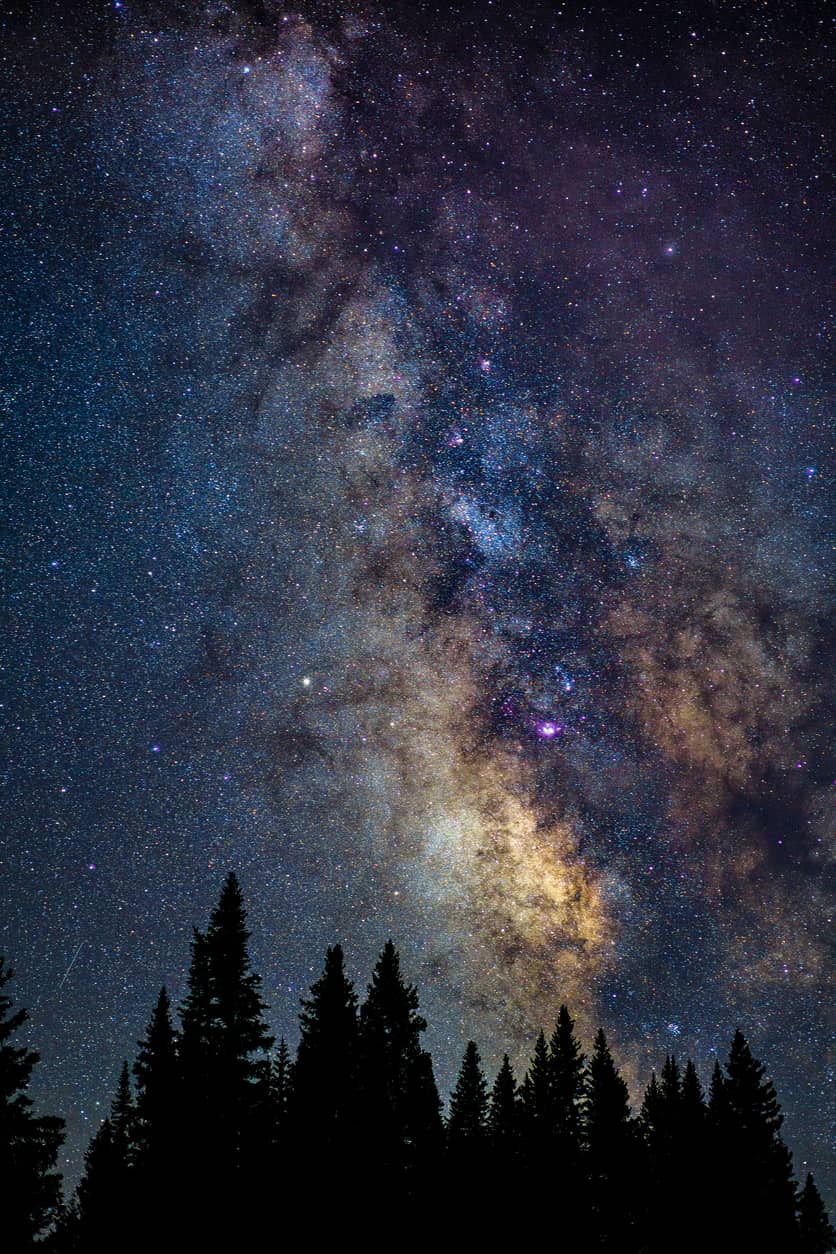 The Milky Way's nearest neighbor, the Andromeda Galaxy, is getting nearer and nearer.

At some point, likely around 4 billion years from now, the two spiral galaxies will collide.

And though that sounds like something that would likely destroy everything in the two galaxies, scientists don't think that will happen.

Instead, the theory is that the two galaxies will combine, with very little damage being done to the stars and planets in either galaxy.

In fact, scientists believe that Earth will survive, and that the newly combined galaxy will provide an even more incredible show in the sky than we already see today.