The Best Cameras for Beginner Astrophotographers 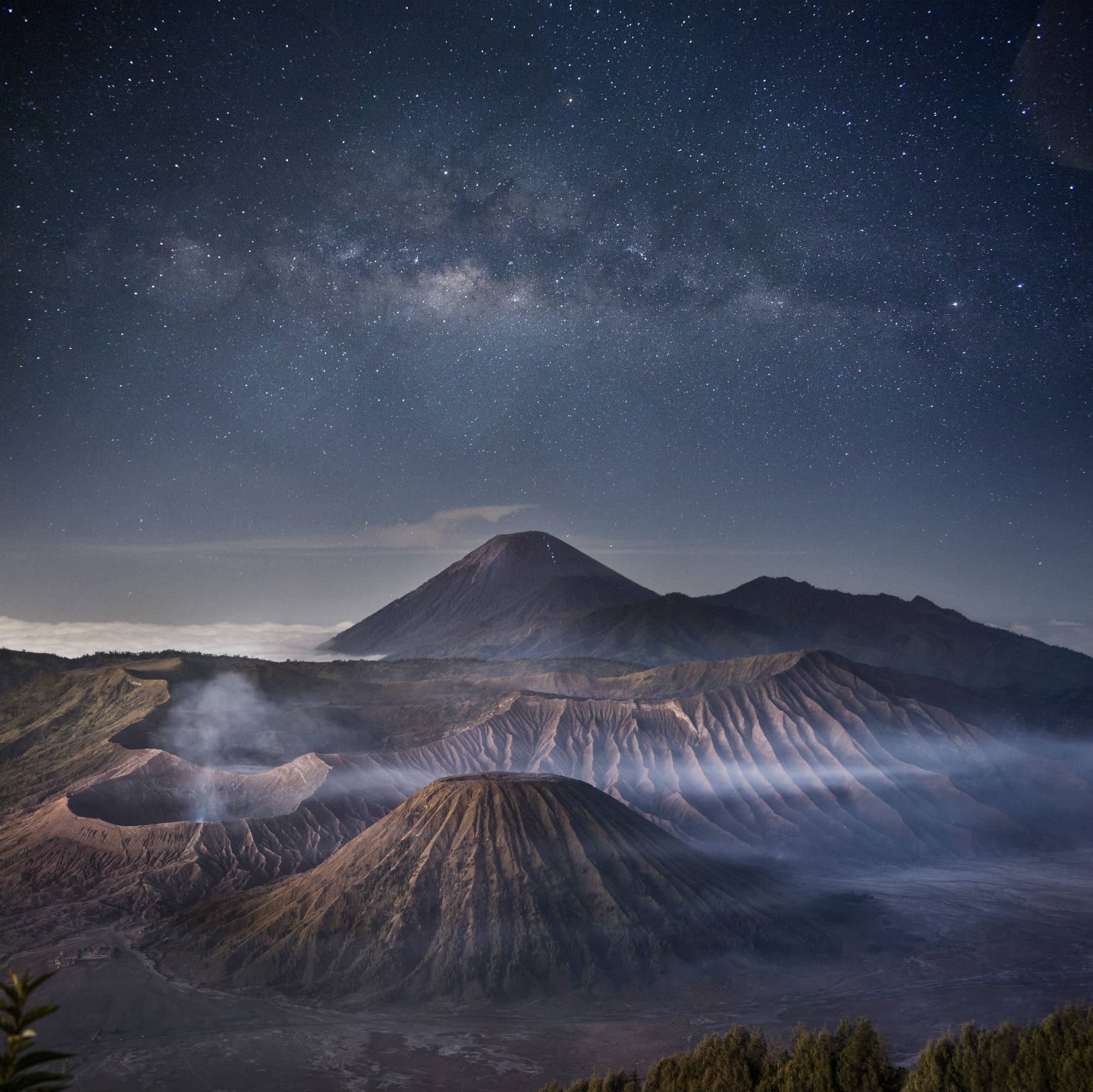 When getting outfitted with a camera for astrophotography, some beginners look at things like price above all else.

And while your budget is certainly an important consideration, so too are the features the camera offers for maximizing your ability to get high-quality nighttime shots.

With that in mind, I've put together this quick overview of some of the features to look for as well as a short list of the best cameras for beginner astrophotographers. 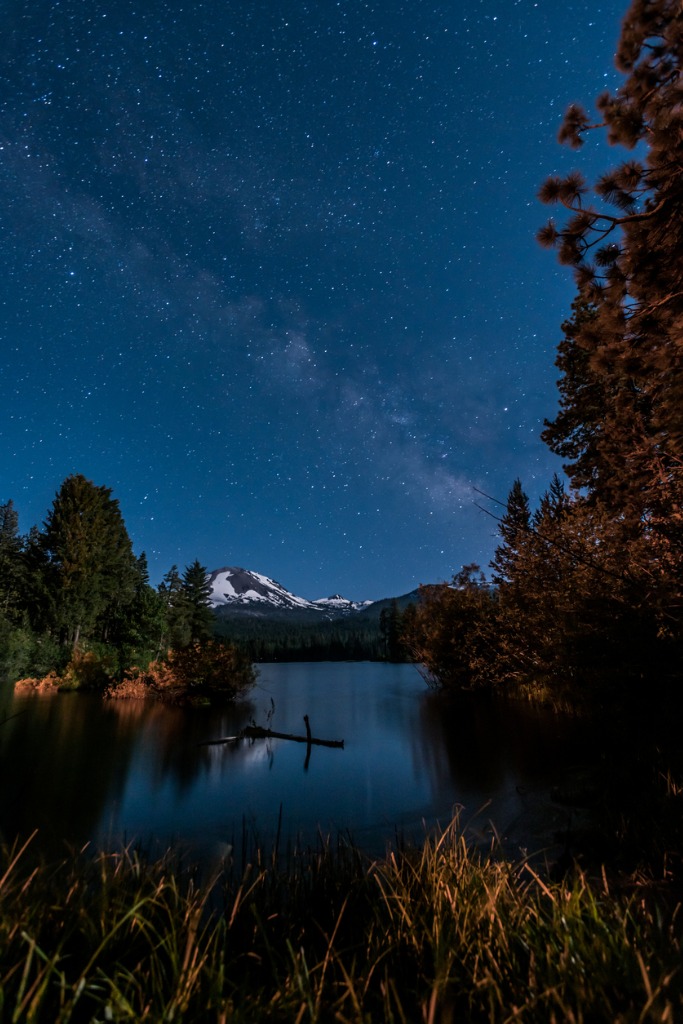 A good astrophotography camera needs to have certain functionalities in order to get you the results you want.

Primary among them is good ISO performance, which needs to be considered on two different points.

First, the camera needs to have a high ISO range, that way you can increase the sensitivity of the sensor in the absence of light.

But it's important not to get caught up in just the ISO range that's available.

Instead, you need a camera that performs well at high ISOs too. That is, the camera should be able to create images at higher ISOs with minimal noise.

The less noise the camera produces, the cleaner the images will be. What's more, a camera with noise reduction further allows you to get cleaner shots even at higher ISOs. 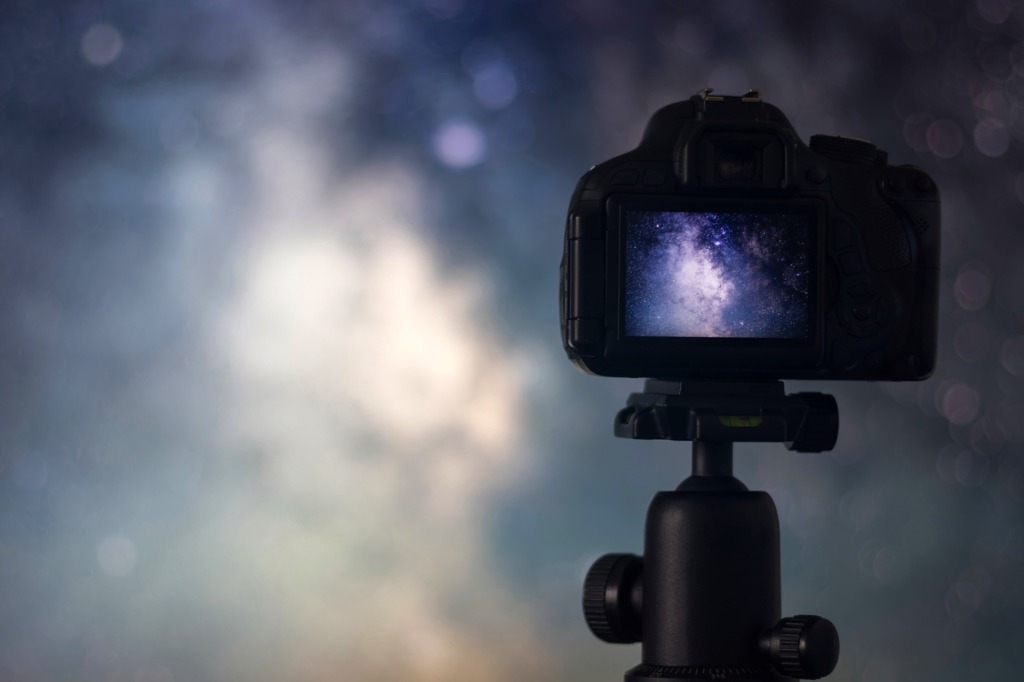 An additional feature to look for in an astrophotography camera is battery life.

Though Sony puts out some excellent mirrorless camera bodies, their battery life is notoriously short, so they aren't ideal for astrophotography.

Likewise, mirror vibration control is a handy feature to have to ensure sharper images. An articulating LCD is another feature to consider, as it enables you to more easily check your framing and composition, even when the camera is positioned at a steep angle towards the sky.

Editor's Tip: A crucial accessory for astrophotography is a solid tripod to give your camera a stable base. Shop for high-quality astrophotography tripods and other accessories at MrStarGuy. 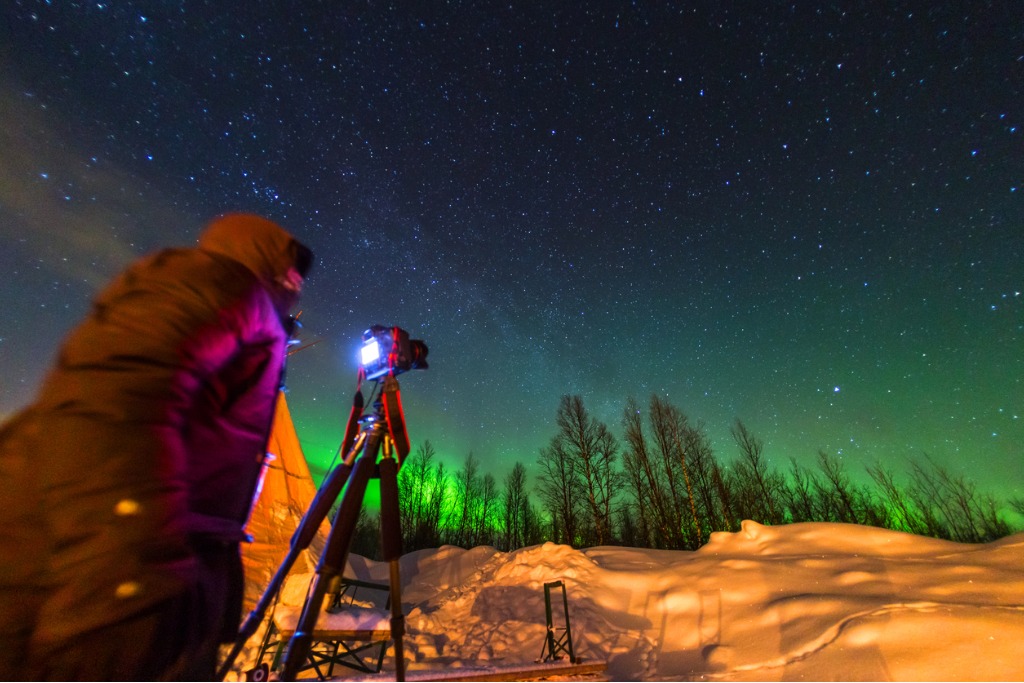 The build quality of the camera is another factor that you must consider.

First, you don't want to spend hundreds and hundreds of dollars on a camera that isn't built to last. Granted, your camera won't be with you forever, but you want it to be constructed such that you get five or more years of good use out of it.

Second, since astrophotography is a night pursuit and requires you to be outdoors for long periods of time, you want a camera that can stand up to cold temperatures and inclement weather like rain or snow.

That means looking for a camera body that's weather-sealed to protect it against the elements.

There is a long, long list of cameras that are well-suited for photography out of the box, or are good candidates for astrophotography.

However, I've narrowed the list down to three models, each at a different price point. All three offer good ISO performance, low noise for long exposures, great battery life, and good build quality. 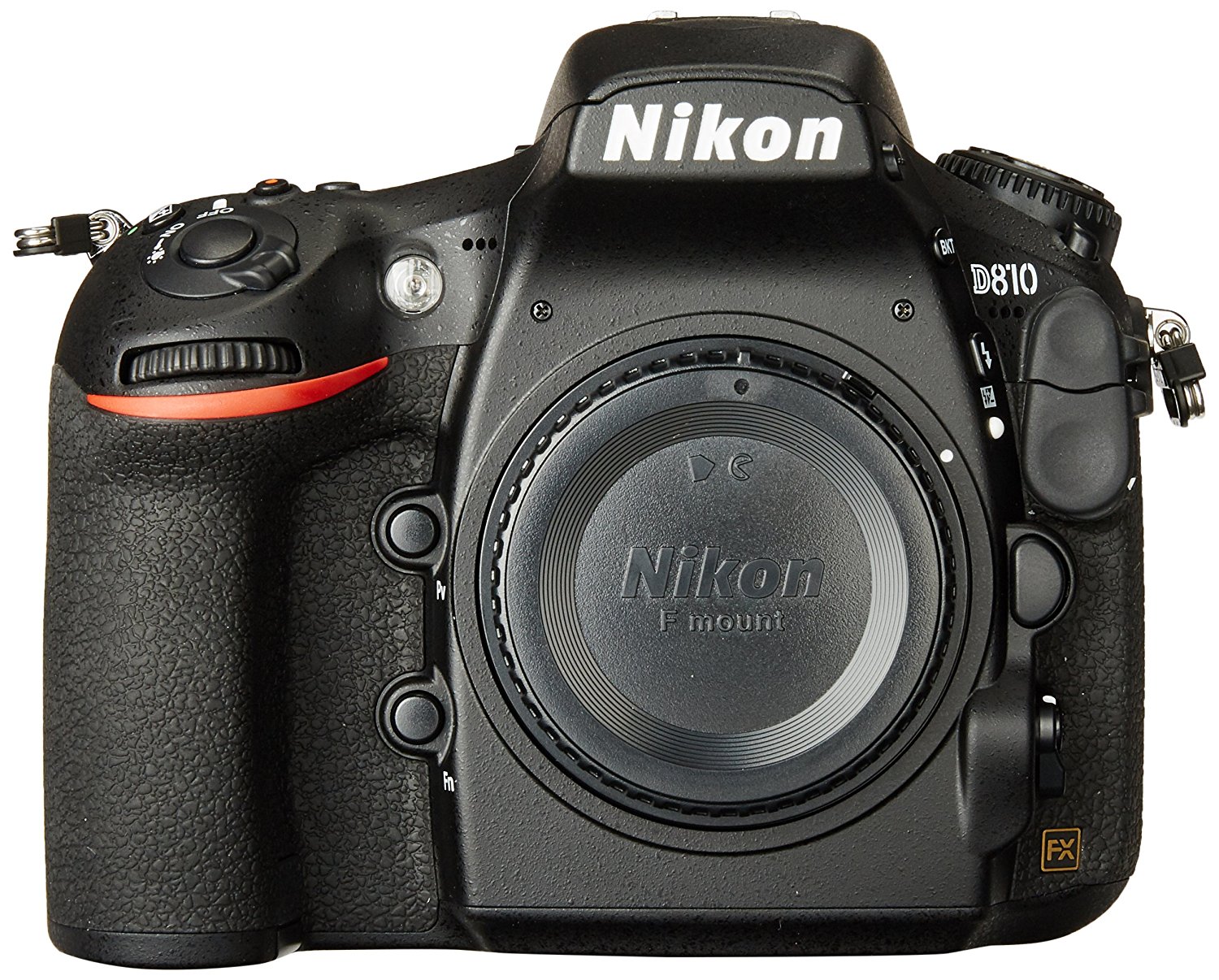 It's a full frame camera, which means it has a larger sensor and has improved low-light performance that translates into photos that are cleaner with less noise.

Nikon also makes a D810a, which is specifically designed for astrophotography.

The D810a's sensor is more sensitive to H-alpha red tones by a factor of 4, meaning it can capture celestial bodies like nebulae with much more sharpness, detail, and dynamic range.

It has an electronic front curtain shutter as well, which helps eliminate vibrations. This is especially handy when taking long exposures.

That being said, a normal Nikon D810 will be more than sufficient for a beginner astrophotographer. 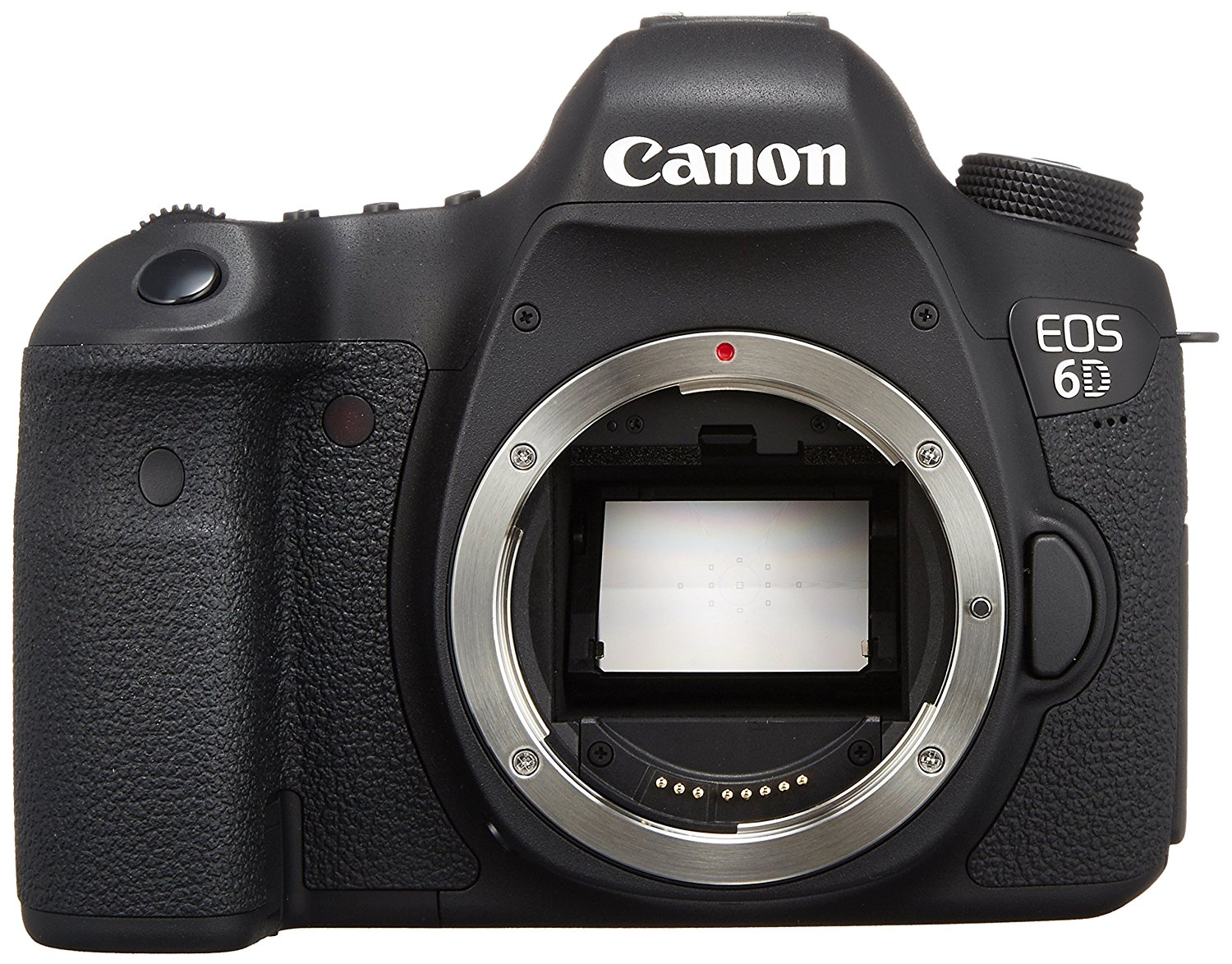 Like the Nikon D810, the Canon EOS 6D is an older full frame camera with excellent low-light performance that you can find brand new for around $1,000.

For that price, you get just about all the must-have features you need for astrophotography, including:

Clearly, the 6D's sensor isn't quite what the D810 offers, and its LCD isn't quite as large or resolute. However, for $1,800 less than the D810, you get a full frame sensor, a huge expanded ISO range, and a weather-sealed body.

The 6D also has built-in Wi-Fi and GPS, an electronic level to help you get the horizons perfectly straight, and a DIGIC 5+ image processor that makes quick work of in-camera processing tasks. 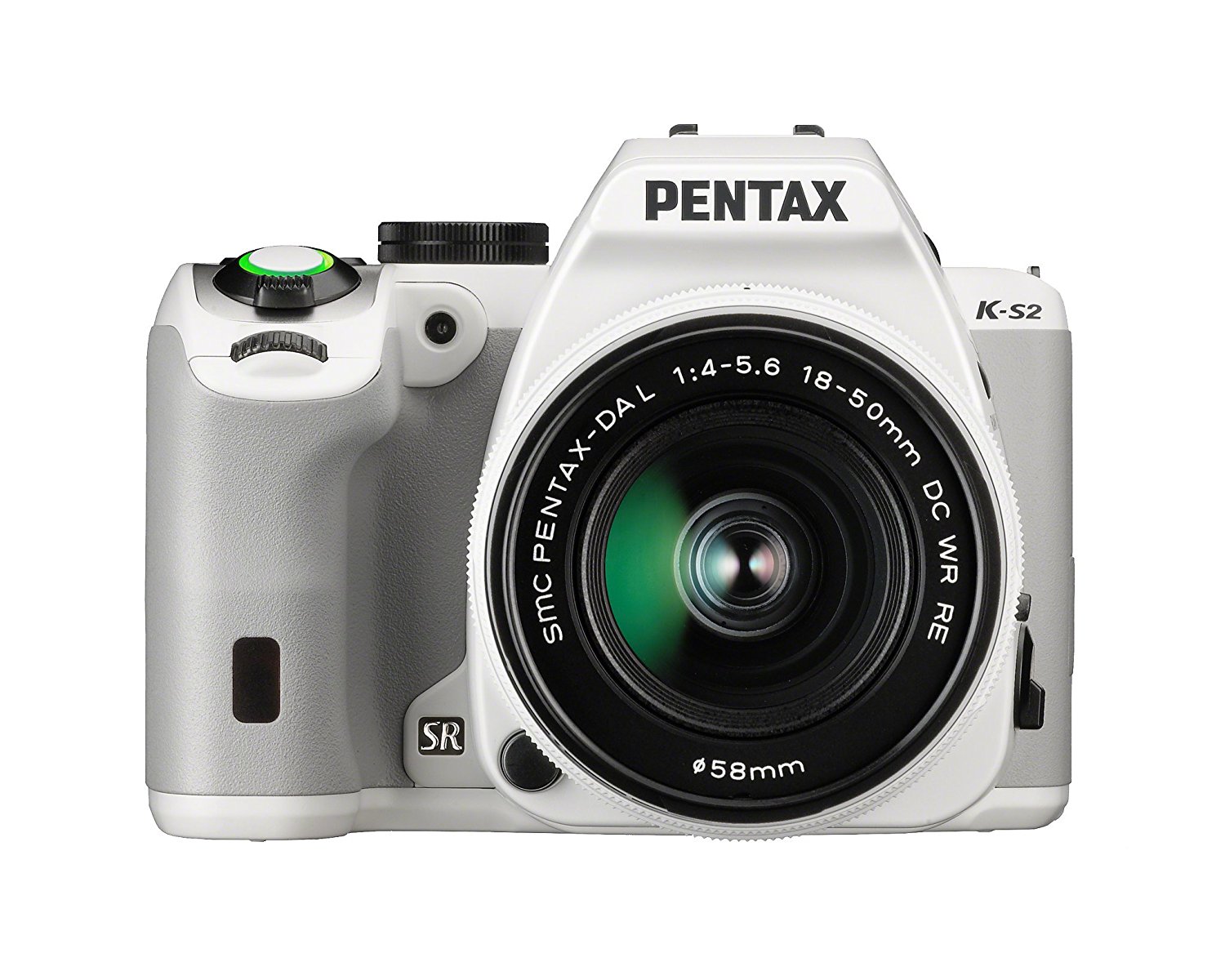 An excellent budget-friendly option for astrophotography is the Pentax K-S2.

Unlike the previous two recommendations, the K-S2 is a crop sensor camera, meaning it has a smaller sensor than the D810 and 6D.

However, the Pentax lacks an anti-aliasing filter, which results in sharper images. It also has excellent ISO performance, with the highest native ISO capabilities of the bunch.

Furthermore, because the K-S2 is a crop sensor camera, it weighs less and has a smaller form factor than the other two cameras on this list.

That could be a bonus for photographers that want something that's easier to carry or who are looking for a camera that can pull double-duty as a small, yet capable everyday camera.

Editor's Tip: No matter what camera you use, maximize your ability to capture gorgeous photos of the night sky by using an astrophotography mount like the Vixen Polarie. Compatible with any camera that weighs up to seven pounds, the Polarie will track the motion of the stars to eliminate star trailing. It's also easy to use and setup and is designed to function in most weather conditions. Learn more about the Vixen Polarie Star Tracker Mount.