How to Take Sharp Photos of Stars 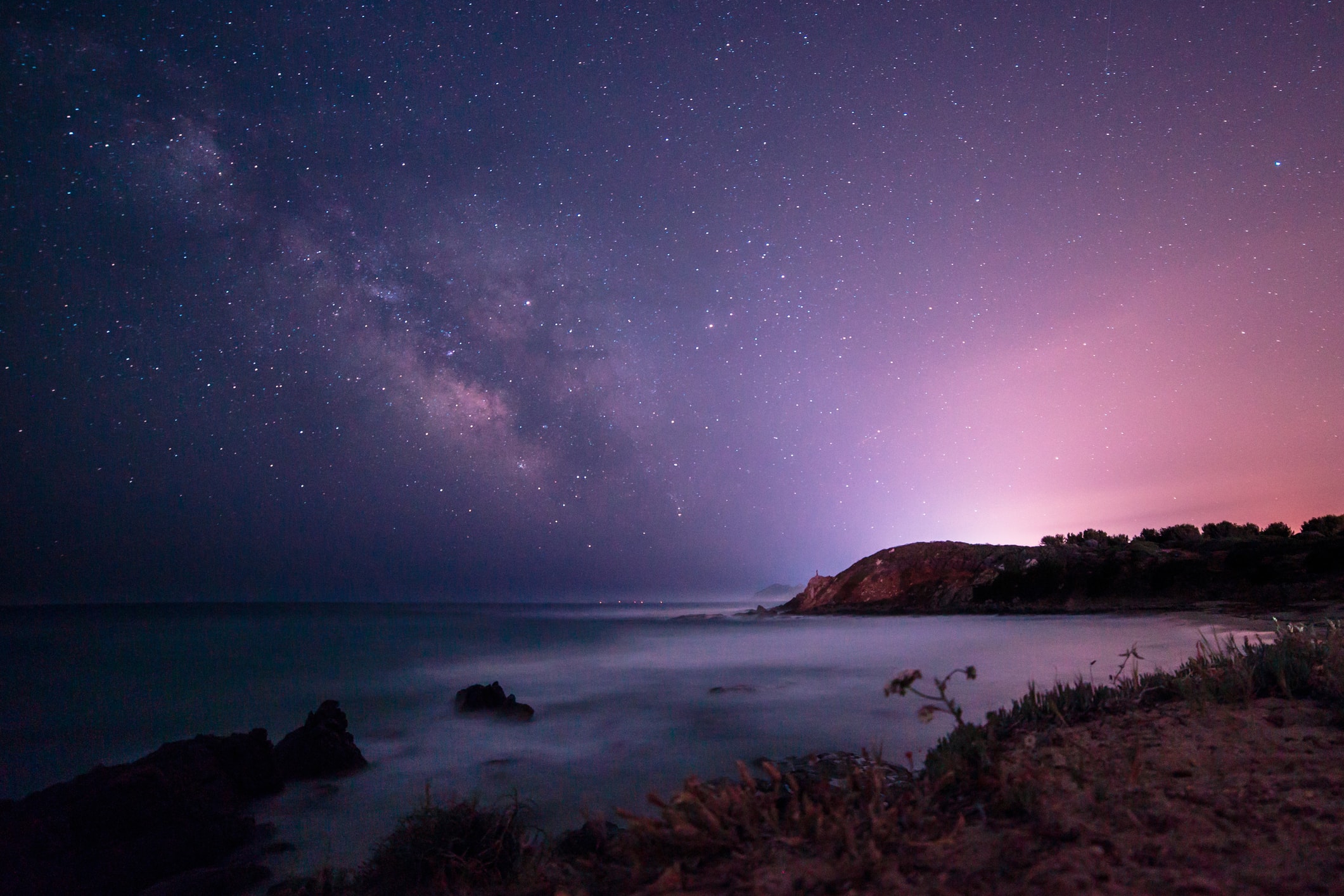 Ask just about any photographer what the most difficult kind of photography is, and my guess is that many will say astrophotography.

Though photographing the night sky can be daunting, if you break down the process step-by-step, you begin to see that it's really just a matter of mastering some basic techniques.

In this tutorial, I focus on one of the most important aspects of astrophotography: how to take sharp photos of stars.

Manual Focus is a Must 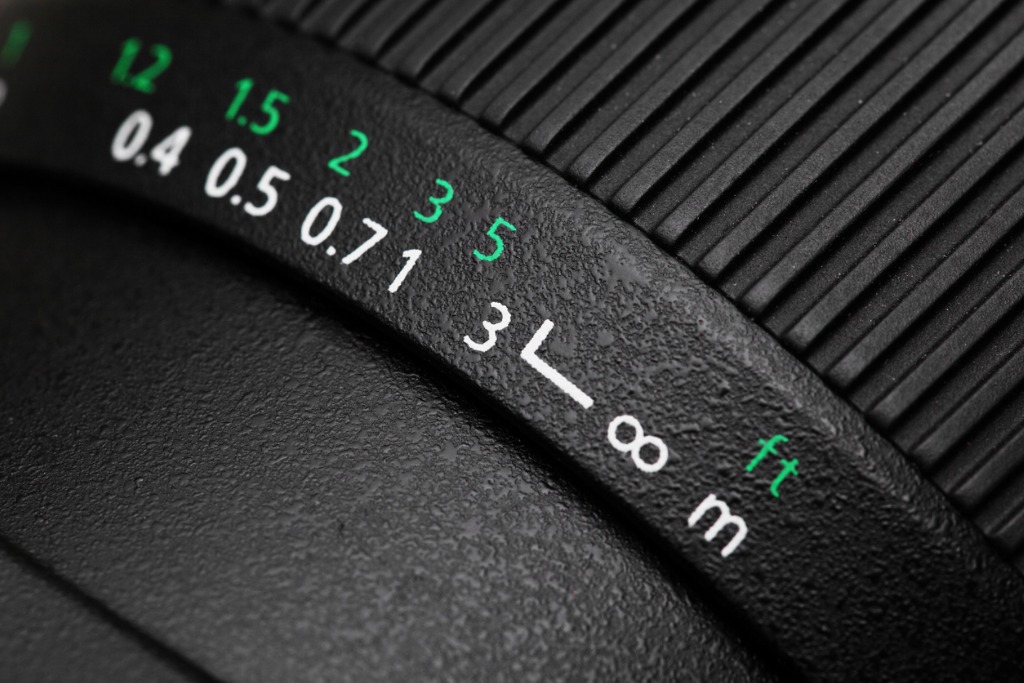 Typically, you can't rely on your camera's autofocus system to focus on stars, simply because there isn't enough light for the camera to lock its focus.

That means that you need to learn how to manually focus your lens to get the best results...

When manually focusing your lens, it's generally a good idea to focus on infinity.

The infinity mark on your lens's barrel isn't always completely accurate, though, so it will take a little bit of trial and error to find the precise spot at which the lens is focused at infinity.

That trial and error should occur well in advance of your astrophotography outing, as discussed in the video above by Milky Way Mike.

In fact, if possible, head outside during the daytime and look for distant objects (a tree, a mountain peak, a light pole etc.) on which you can manually focus.

You can use live view and zoom in to perfect the focus manually, that way you're sure that you've dialed in the focus perfectly.

Then, mark your lens so you know the precise point at which infinity focus has been achieved. Another option is to wrap the lens with gaffer tape to lock the focus in place (assuming that you won't need to use that lens between your test shots and the real deal!). 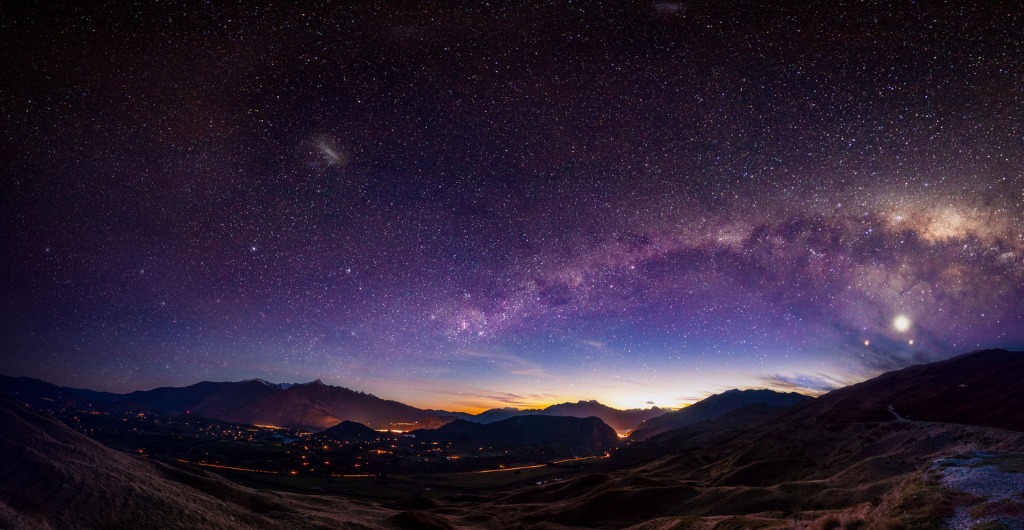 If taking time out of your day to set the manual focus just isn't possible, there are techniques you can use in the field at night to get the focus just right.

One of the best options is to use use the brightest star in the sky (or the moon) as your focal point.

Using live view, zoom in on the star and then with your lens in manual focus, adjust the focus ring back and forth until the star looks sharp.

It's important not to rush here - really pay attention to how the star looks on your camera's LCD so you're assured to get the sharpest photo.

Set Yourself Up for Success With Astrophotography Gear 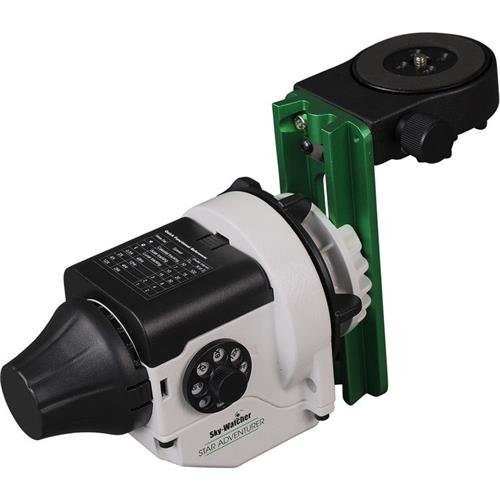 A must-have piece of astrophotography gear is a celestial tracking platform like the Star Adventurer from Sky-Watcher USA.

The advantage of having a celestial tracking mount is that it turns virtually any tripod into an equatorial mount, giving you the ability to capture breathtaking photos of the night sky.

What's more, the Star Adventurer has loads of add-ons and accessories that allow you to tackle everything from simple shots of the night sky to wide-field astrophotography to time-lapse photography of the stars.

It comes preprogrammed with seven tracking speeds, including solar, lunar, sidereal, and four additional settings from 0.5x to 12x, which comes in handy for time-lapse videos. 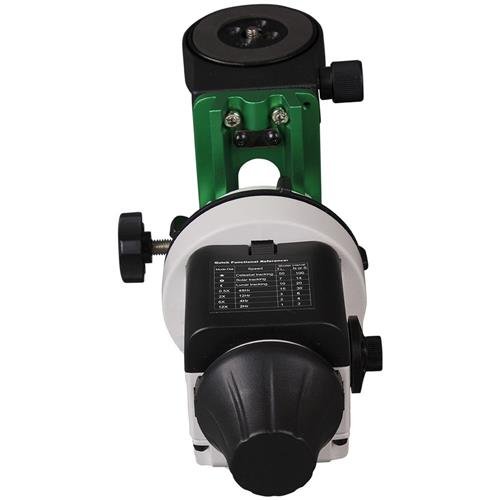 Additionally, the Star Adventurer is incredibly easy to use.

In fact, even if you've never taken a photo of the stars before, this rig is easy to set up.

Once the camera and mount are connected and an image is taken, the Star Adventurer will take 60-second exposures all on its own until you remove the shutter release cable.

With built-in features that make it easy to use and add-ons that allow you to customize your astrophotography setup as you learn and grow, the Star Adventurer is a perfect companion for your quest to photograph the night sky. 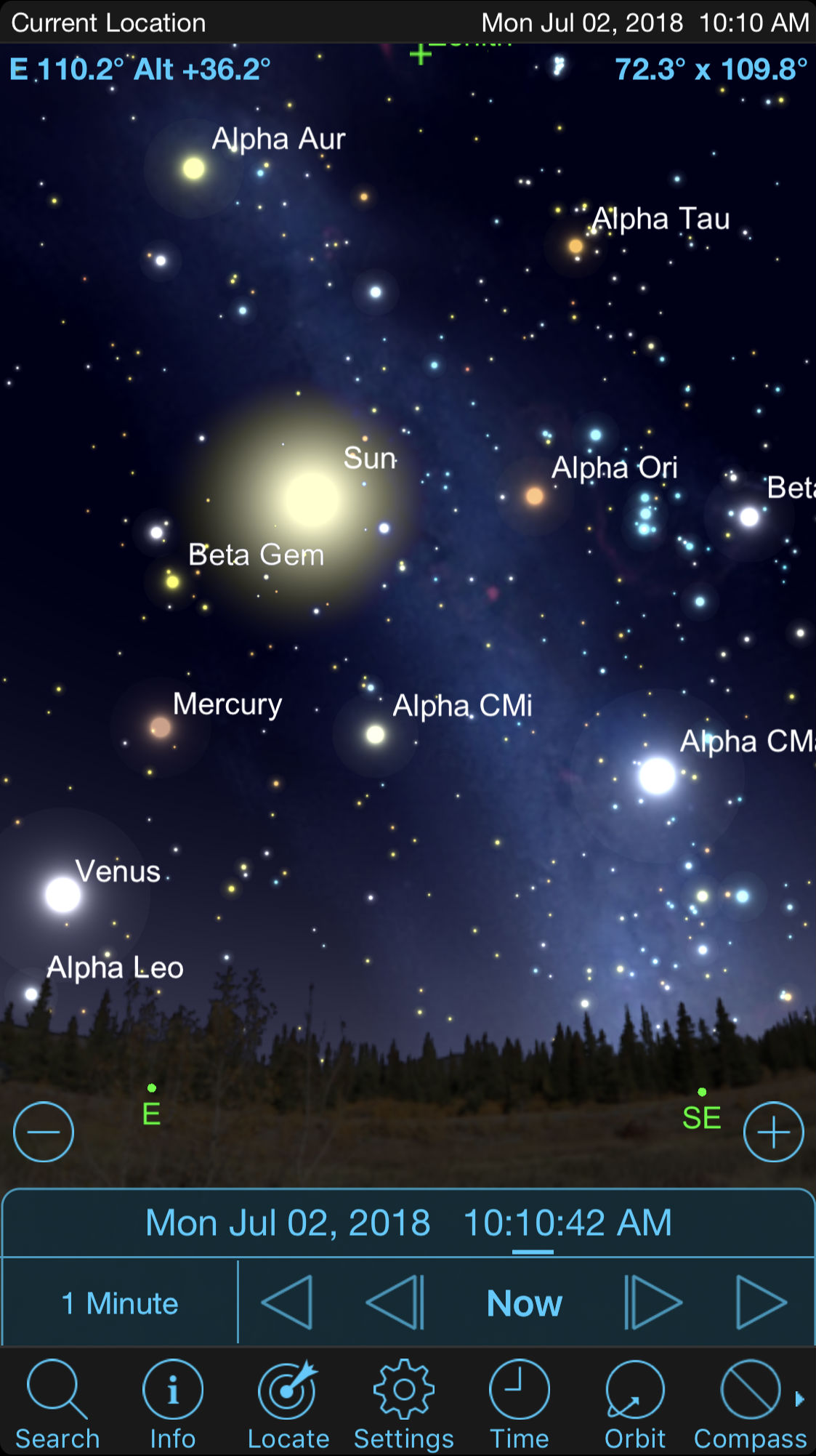 Of course, you need to be in the right place at the right time to get the best-quality photos of the night sky.

That's why popular astrophotography apps like SkySafari and PS Align Pro can prove to be so invaluable.

As shown in the screenshot above, SkySafari (iOS and Android) lets you know where major celestial bodies are in the sky.

In fact, it's like having a little planetarium right in your pocket - just hold it so your phone is pointing towards the sky, and SkySafari will locate everything from planets to satellites that you might want to highlight in your photos. 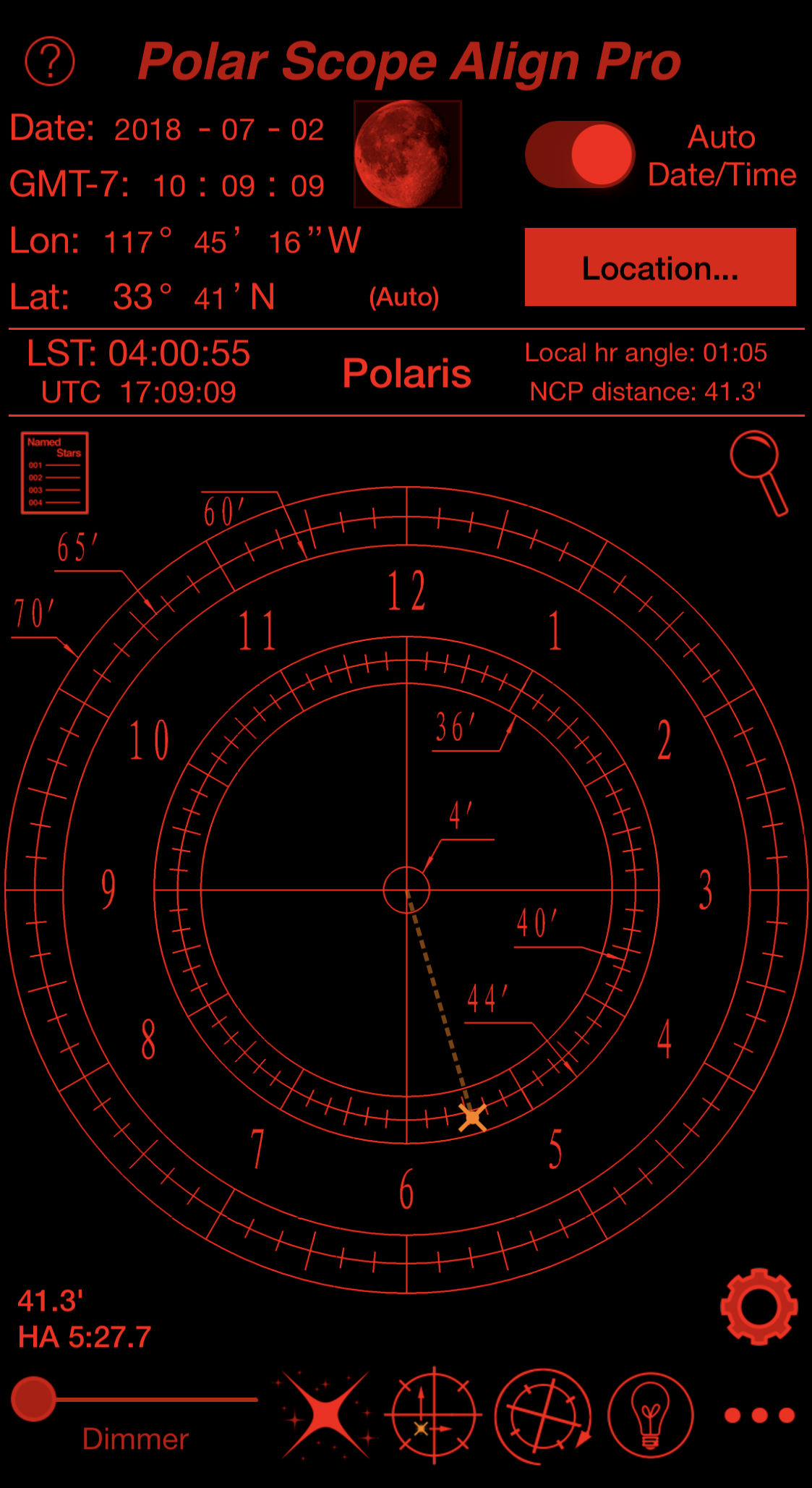 The value of the Polar Scope Align app (which is available only for iOS devices) cannot be understated because it helps you align your camera to Polaris.

By aligning your camera with Polaris, you eliminate the movement of the stars across the sky as the earth rotates, thus allowing you to get images of pinpoint stars.

This app will calculate where Polaris is in relation to your current position, allowing you to compose your shot with precision in your polar scope reticle.

Astrophotography Tip: Use a Good Tripod 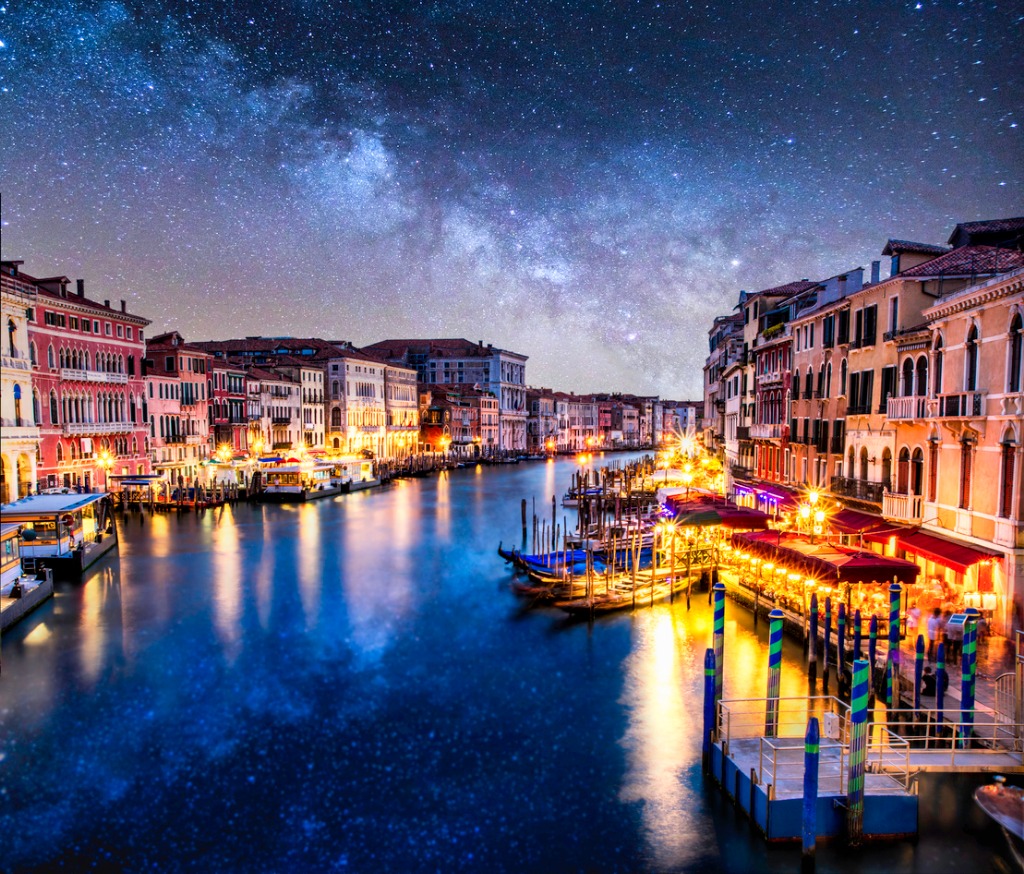 Perfecting the focus of your lens and using apps and gear that enable you to get the highest-quality shots won't mean anything if you don't have a good, solid tripod as a base for your camera.

If you have a cheap, flimsy tripod, the chances are much greater that it won't provide absolute stability for your camera due to thin or weak legs, inadequate leg logs, a wobbly head, or the lack of a center column hook to add weight as ballast against wind.

Of course, that doesn't mean that you need to spend $400 on a professional tripod.

But what you should do is look for a tripod that has some weight to it (say, around 4-5 pounds), a center column hook, and big rubber feet to grip the ground.

With these features, you'll be able to support your camera in a way that makes nice, sharp photos of the stars a greater possibility.

Sharpen Your Astro Images in Post-Processing

It's also a good idea to sharpen your photos of stars in post-processing.

For example, in Lightroom, sharpening is as simple as going to the details panel and setting the amount to about 50, the radius to 1 or 2, and the detail to 30.

Of course, that's just one example - there are many different settings you can use in post-processing to sharpen and edit your photos.

For a complete tutorial on editing your photos of the night sky, check out the video above by YuriFineArt.

And with that, you have a few critical tips that will help you take sharp photos of stars!