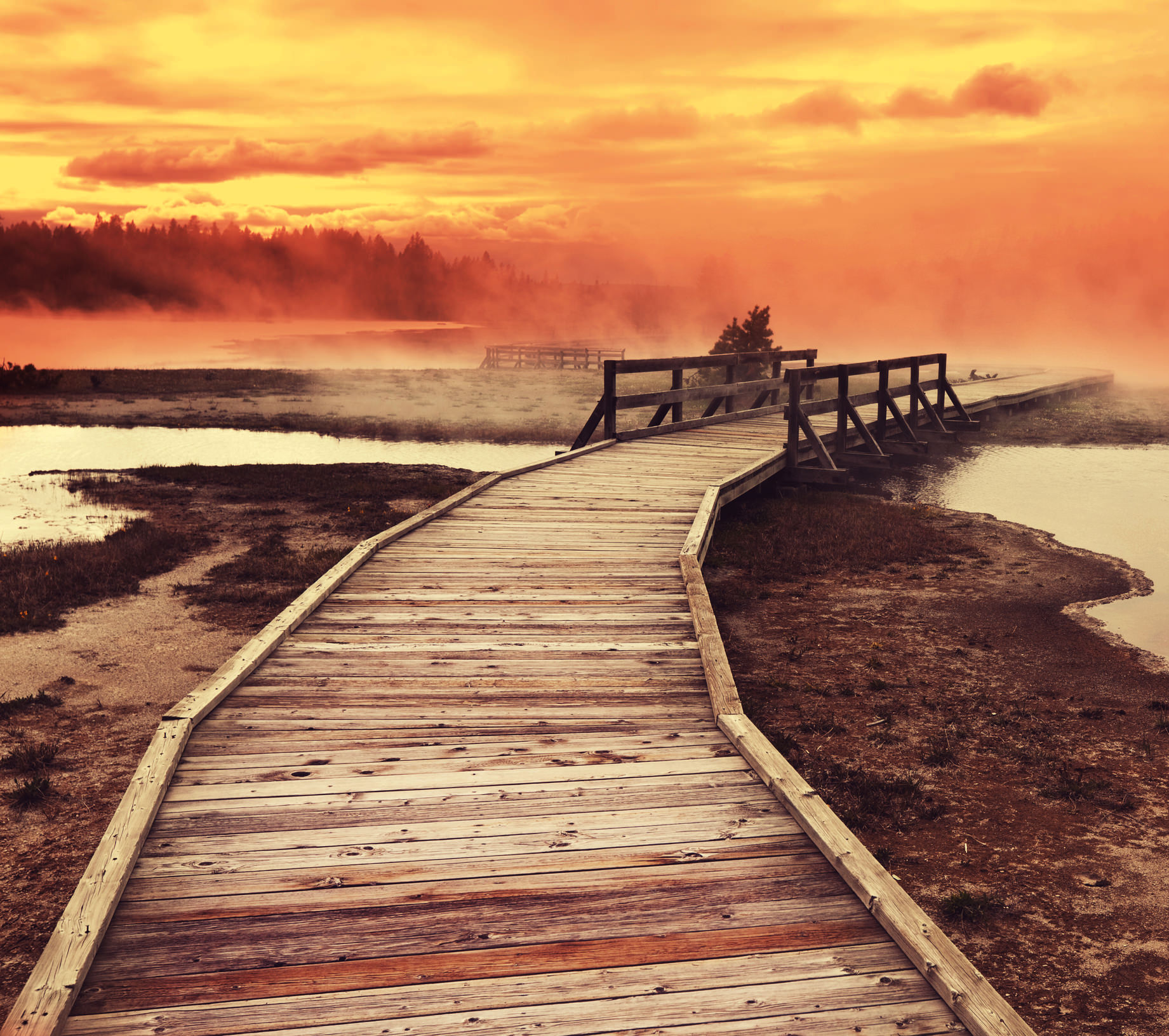 Everything about Yellowstone National Park is enormous, primordial and overwhelmingly glorious. Its more than 3,400 square miles spread across a large portion of Wyoming and smaller areas of Montana and Idaho. Although Native Americans have made it their home for a minimum of 11,000 years, it wasn't until the 1860s that the first European Americans started to explore it officially and thoroughly. The stories and visions they brought home to the East resulted in Yellowstone becoming the first American national park during 1872, and generally considered the first in the world.

The immensely grand beauty of Yellowstone is what first assails the senses of every visitor, but it is much more than another spectacular region of the Rocky Mountains. It is also one of the few places on Earth where the inner engine of our planet reveals itself in the form of the Yellowstone Caldera, the largest super volcano of North America. Yellowstone is built from its eruptions and lava flows during millions of years and its magnificent geothermal features attract millions of visitors every year.

Yellowstone is also the perfect place to “lose” oneself in a wilderness so vast and taunting that it elevates one’s spirit to a peak as high as the surrounding mountains. Here is also where a photographer could spend countless lifetimes discovering new combinations of light and landscape, wildlife and wildness.