Woman Places Octopus on Face, Gets Injected With Venom Over a Photography Contest 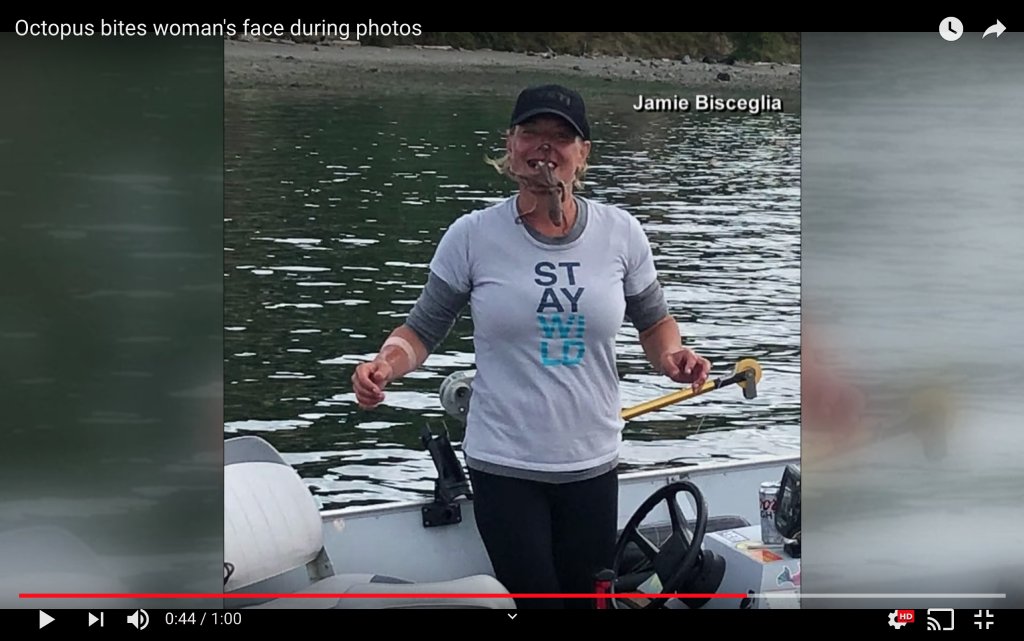 Jamie Bisceglia is a hero in my book. The woman was recently taken to a hospital after being bitten by an octopus on her face.

The octopus was on her face because she was trying to win a photography competition. Bisceglia is a hero because, after the embarrassing ordeal, she still submitted the photos to local news stations for their coverage of the story.

The conundrum happened on August 2nd when she happened upon some local fisherman in the Tacoma Narrows fishing derby who had accidentally caught an octopus.

She approached the fishermen with her proposition.

As soon as she placed the octopus on her face, she was bitten twice. After trying to ignore the pain for two days, she finally took herself to the emergency room where doctors gave her 3 antibiotics.

Unfortunately, the incredible pain she is in could come and go for several months, according to her doctors.

Bisceglia is now warning others not to do what she did, and she's being an awfully good sport about it.