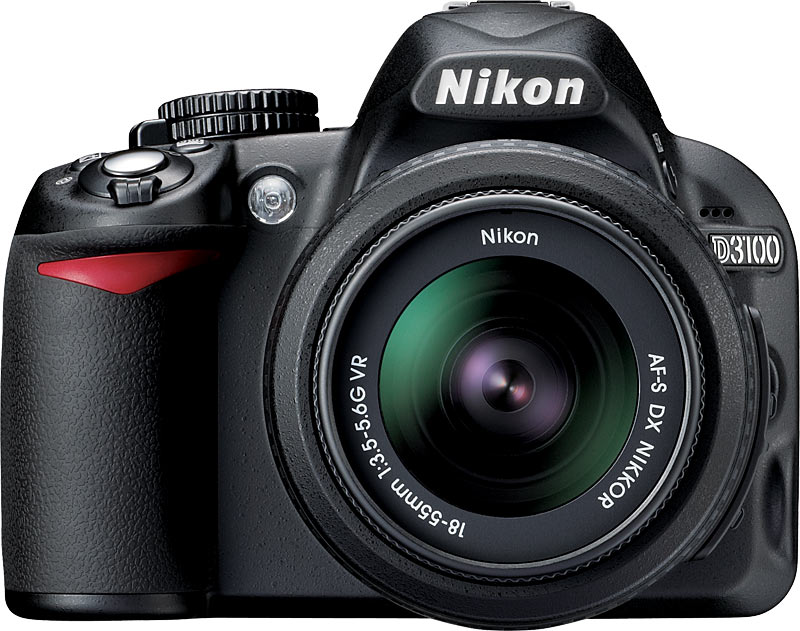 There are many options for digital photography hobbyists and enthusiasts that are ready to buy their first DSLR camera. The Nikon D3100 is certainly is one of them, now that the company has made a significant step forward from its earlier entry-level DSLRs, the D40X, D60 and D3000. As noted in Part 1 of this PhotographyTalk.com article, the primary improvement is a 14.2 megapixel CMOS sensor. Plus, the Nikon D3100 is the first Nikon at this price point with live view and full-HD video, and capable of recording 1920x1080 movies. Part 2 of this article will delve a bit deeper into the D3100’s various features that are making it a winner in the marketplace.

Although the Nikon D3100 looks very similar to the D3000, the body had to be modified for live view and video. These changes are most evident in the additional buttons and controls. For example, the “+” and “i” functions must now be separate buttons, so they’re accessible during live view. The drive mode switch on the top of the camera is also new.

Look under the bigger rubber door to the left and you’ll find two new connectors: HDMI for movie playback and a combined GPS/remote release socket. There is always a trade-off, however; so to accommodate these connectors, the IR remote receiver was removed. The sound-recording microphone for video and the playback speaker are cleverly placed behind grill plates on the front and back of the body.

Probably, the only downside of the D3100’s exterior is giving the “info” button, which has minor value, a better position (next to the shutter release) than the Fn button on the side of the camera. This button controls ISO, so it deserves a more prominent position. In addition, the flash button sits near the Fn button, which can be confusing when you reach for it with your left thumb.

One of the similarities of the Nikon D3100 and its buyers’ previous point-and-shoot cameras is the operation of auto mode and scene mode. They essentially work independent of the photographer that only has control of focus and flash modes. Of course, many compact-camera users decide to buy their first DSLR to learn photo techniques, allowing them to be more creative. That’s why the D3100’s Guide mode is such an asset. The Guide’s downside is that it is not interfaced with live view, so you don’t know how sudden changes in the photographic environment may affect your images. Sony (NEX series) and Panasonic (GF2) have a competitive advantage here, with their cameras’ constant live-view capability.

The D3100 is still in the fight, however, with the mechanism that directs the PASM mode (Program, Aperture priority, Shutter priority and Manual modes). The ease of use and position of the rear thumbwheel is superior to other manufacturers’ comparable models; and it’s combined with the exposure compensation button. Both are strategically placed behind the shutter release (as they are on all Nikons), putting them within a comfortable reach of an index finger. Another operational winner for the D3100 is the four-position controller, which sets the focus point manually. This function is paired with the 11-point AF system. It eliminates the need to focus and recompose images when subjects are not in the center of the frame.

Continuous shooting is a respectable 3 fps (frames per second); but that’s significantly less than the Pentax K-x at approximately 5 fps and the 7 fps of the mirror-less Sony NEX-3 and -5. The most important improvement in the D3100 compared to the D3000 is that Active D-Lighting doesn’t have much effect on the number of frames you can capture before the buffer is filled.

Entry-level DSLRs don’t typically have an in-body auto-focus motor, and neither does the D3100. This is critical to the buying decision, as third-party and non-AF-S Nikkor lenses without a built-in motor can’t be focused with the D3100. Nonetheless, there are still a large number of lenses to pair with the D3100, so this shouldn’t affect many photographers.

When it comes to the auto-focus function, the Nikon D3100 follows the patterns of most DSLRs, with “phase-detect AF” for normal eye-level shooting and “contrast-detect AF” for live view. Third-party testing establishes the phase-detect AF as measurably faster. Plus, those photographers upgrading from a compact to their first DSLR will like that face detection, for example, is very similar to those compacts. What does make the D3100’s auto-focus unique among its competitors is that 3D-tracking works quite well with subject movement.

Read Part 3 of this PhotographyTalk.com article for information about the Nikon D3100’s Live View feature.