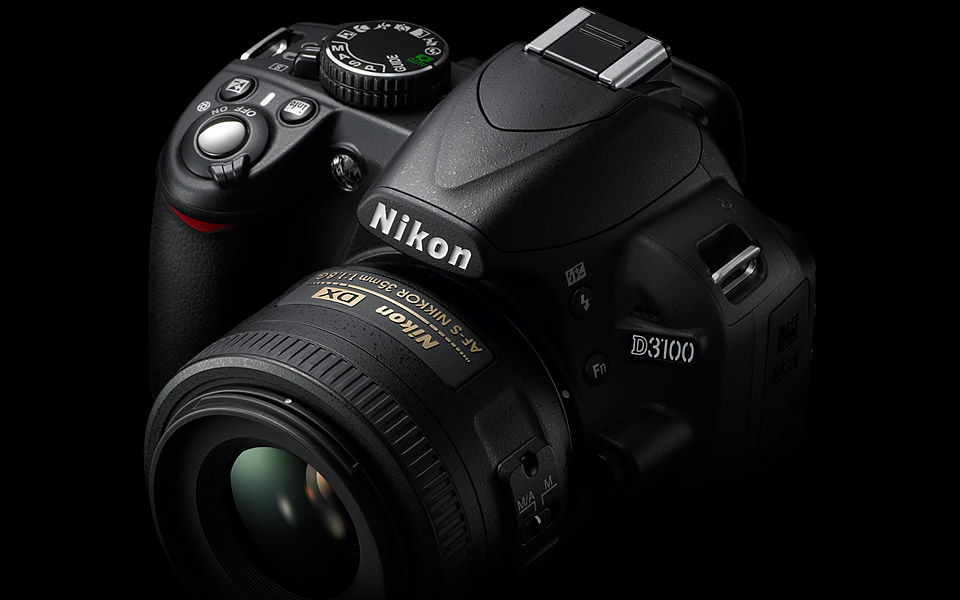 For most casual digital photographers (and many pros), a major advantage of DSLR cameras is that they shoot video. Again, like live view, the Nikon D3100 is the first beginners’ DSLR that records video in Full-HD (1080p). This Nikon model makes it even easier for the beginners in that they must simply enter live view, and then push the easy-to-reach red record button. With no movie mode to select, video operations occur in any exposure mode. As well as Full HD (1920x1080), the D3100 also offers 1280 x 720 HD and 640 x 424 SD resolutions. Nikon wisely chose the .MOV Quicktime video file format, which matches how most casual photographers will view or share video clips, on screen or via the Web. Conversion is required, however, to record directly to DVDs.

As mentioned in Part 3 of this PhotographyTalk.com article, the primary advantage of the D3100’s continuous auto-focus mode, or AF-F, is that it can follow a moving subject when shooting video. The performance is better when AF-F is used in combination with the camera’s AF tracking mode. This is a worthy feature for this camera, but its sluggish speed impairs this operation, especially when shooting with the 18–55mm zoom lens that is often bundled with the D3100. That lens will cause the image to be in focus one moment and not in focus the next, as the system searches for the focus point. The dedicated lenses made for mirror-less camera models simply do a better job auto-focusing continuously than this Nikon competitor.

Although Nikon has upgraded the grip of the D3100, and thus the solid feel of the camera in your hands, it is clearly designed to shoot with your eye to the viewfinder, which isn’t the best idea when shooting video. Without a hinged screen, you must hold the D3100 some distance from the front of your body, so the screen is visible. That doesn’t make for optimum comfort, stability or move-making magic. Equally frustrating is that you can’t preview the cropped 16:9 aspect ratio of the live-view image when shooting HD video. You can release the shutter at any time during video operations to shoot a still picture, but that will stop further video recording.

What will take some time to learn is that once in live view, the Nikon D3100 will maintain the existing, or metered aperture setting, regardless of any exposure adjustments. You must first leave live view or take a photo. Because of this, as explained in Part 3, your video may not be recorded at the current aperture. For example, you select f/5.6 while in A mode and activate live view. If you then select a different aperture, say f/16, then you’re video is being shot at f/5.6. Release the shutter for a still picture (which stops video recording), and when you restart your video, the aperture will be f/16.

Movie-making with the Nikon D3100 presents a number of other limitations. The built-in internal microphone only records in mono, plus there is no connector for an external mic. Without a volume regulator, the only actual control of sound is not to record it. That may be a good idea, however, since the internal microphone can record the sound of the lens zooming and the auto-focus motor in AF-F mode. In-camera video editing is a bit more user-friendly, since you can select start and end points for video footage and remove separate frames to create still pictures.

The “Jell-O” effect is evident on the D3100, as it is on all DSLRs. Vertical lines appear and become diagonal when you try to pan with fast-moving subjects. For the casual photographer, this is not much of a problem, since the panning motion must be rather fast to create the effect. Another motion issue occurs in focus-tracking mode. In that mode, you tell the camera which subject to track, according to color. This is a nice feature of the D3100, although its performance is spotty once the subject starts to move at a much faster rate.

Nikon certainly added the right features to make video recording easier for entry-level DSLR camera buyers, but, of course, not all the features you’d find on a DSLR costing a number of times more.