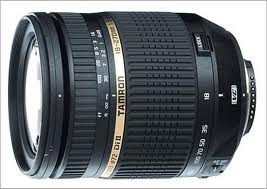 Many digital photographers consider Tamron the king-maker of super-zoom lenses; and its AF 18–270mm f/3.5–6.3 Di II VC LD Aspherical (IF) MACRO also wears a crown, although its tarnished in a few places. It’s clear to Tamron that its 18–270mm can be an all-in-one lens for many photographers, especially to carry during travels, vacations, etc. Consumers considering this Tamron lens will also want to read the two-part PhotographyTalk.com article, Photography Equipment Review—The Sigma 18–250mm f/3.5–6.3 DC OS HSM Zoom Lens, Part 1 and Part 2. Sigma and Tamron have a long-standing rivalry, so they design lenses that are very comparable, and are specifically meant to compete against each other.

Add a minimum focus distance of just 0.5m throughout the zoom range and Tamron’s Vibration Compensation technology (otherwise, known as optical stabilization [OS]) and you have a lens that will appeal especially to photographers who want to advance from super-zoom digicams to an equivalent focal length range that doesn’t require changing lenses. The first bit of tarnish on the crown, however, is that the Tamron zoom lens only has mounts for Canon and Nikon DSLRs. Pentax and Sony owners will apparently be limited to Tamron's older 18–250mm f/3.5–6.3, which does not offer OS.

In general, the look of Tamron lenses is not the most appealing; in fact, they are purposely weighted toward functionality instead of beauty. Don’t be deceived by the 18–270mm’s unattractive styling, however, because the metal mount and lightweight, but durable, plastic parts are comparable to its competitors. The hand and fingers grip the wide zoom ring comfortably and the focus ring is within easy reach to the front of the lens. As with many super-zoom lenses, the Tamron 18–270mm has “double-trombone” mechanics, which almost doubles its length. Despite that liberal extension, it seems no bigger or heavier than other manufacturers’ 18–200mm zooms.

The Tamron 18–270mm shares many of the same design features and flaws as the Sigma 18–200mm f/3.5–6.3 DC OS. Like the Sigma, the Tamron has three switches on the lens, auto-focus, Tamron’s Vibration Compensation and a zoom lock (at 18mm). Tamron and Sigma both trump the equivalent Canon and Nikon lenses with switches that are definitely easier to use because they are larger.

As with the Sigma super-zoom, the Tamron lens also makes a better-balanced package with larger DSLRs and less so with smaller DSLR bodies. The combination of the Tamron 18–270mm on a smaller body will also create flash shadowing. When shooting at 24mm or wider focal lengths, the lens will create a shadow in the lower center of an image because the built-in flash units on smaller DSLR bodies don’t sufficiently extend above the plane of the lens.

The auto-focus system on the Tamron lens definitely puts it behind Sigma, with its extremely quiet Hypersonic Motor (HSM), and other manufacturers’ low-noise/no-noise technologies. Tamron’s micro-motor is in the quiet range, but the auto-focus performance is quite lethargic, slowing so much that it doesn’t seem to know what to do. Some third-party testing showed that it had trouble verifying the focus of various subjects. Although not a major issue, it still is disappointing to watch through the viewfinder as the focus hesitates, and then presents the subject not in focus. The upside is this auto-focus flaw is relatively easy to see in the viewfinder. Manual focus or bracketing is the only practical solution.

The Effect of Focus Distance on Relative Focal Length

It’s a standard characteristic of super-zoom lens, such as the Tamron and its competitors, to have an angle of view that quickly widens as you focus from infinity to 0.45m. This is especially noticeable at the telephoto end. Change the focus distance to 2m, however, and the relative focal length of this super-zoom lens is actually approximately 180mm, not 270mm. Because of this “quirk,” focusing on far scenes or subjects means this lens will operate at an actual 270mm. When they lose real focal length at the much wider angle of view, the solution is simply to move toward the subject, which many photography enthusiasts and hobbyists need to do anyway to improve all of their photos.