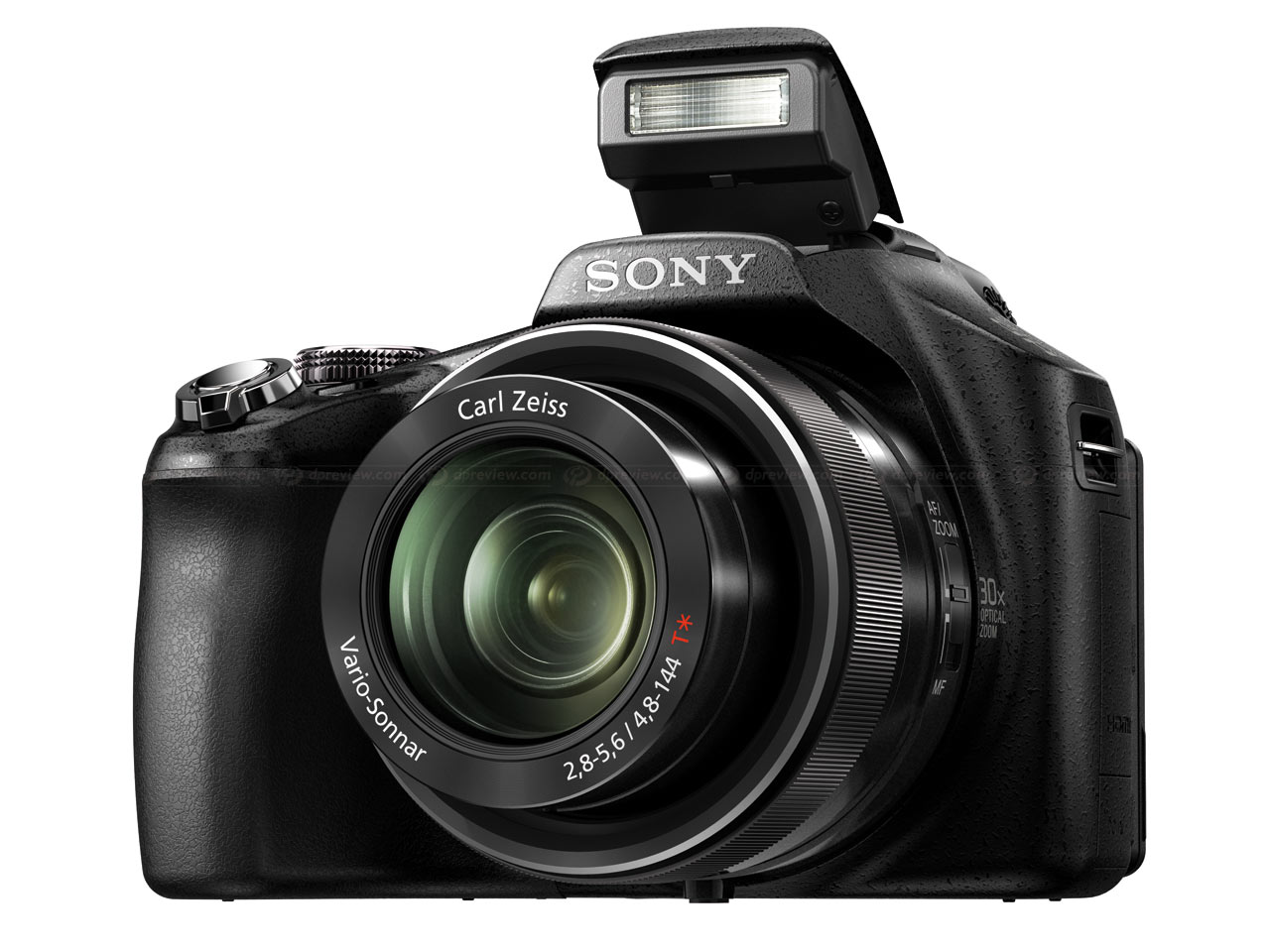 The Sony DSC-HX100V super-zoom camera is an upgrade from the company’s HX1 model. Super-zoom describes a camera with a minimum 24x or bigger lens (the maximum is 35x) and that is just a bit larger than a standard compact camera. This Sony entry into the super-zoom market has a 30x extending optical lens. Considering its size and price, the DSC-HX100V is very competitive, with a maximum aperture of f/2.8 at the 27mm wide-angle setting and f/5.6 at the 810mm full telephoto setting.

Although super-zoom cameras tend to be small and light, the lens of the Sony DSC-HX100V, as with most super-zooms, doesn’t retract sufficiently to carry it in a shirt pocket, but you don’t need a giant camera bag either. Sony overcomes that slight annoyance with a camera that is noticeably more compact and weighs less than its competitive counterparts (just more than 20 ounces or 577 grams). That “miniaturization” still makes the camera easy to use. The average-size hand will find the right-hand grip ergonomically pleasing, in terms of both shape and feel. Even people with larger hands can hold it comfortably, with the little finger of the right hand under the camera instead of around the grip.

Zoom functionality is amazingly effortless and quick, even with stepped selections and such a large focal range. What helps the zoom work so well is the fly-by-wire manual control ring on the lens barrel. With the switch on the side of the lens, the ring can be designated for either focus or zoom. Macro photography operations are greatly improved when the control ring is switched to focus mode to adjust it precisely with the aid of a magnified section of the image. The Sony DSC-HX100V seems to have been specifically designed for hand-held photography in low-light conditions, with its fast f/2.8 aperture and valuable dual-image stabilizer, with optical SteadyShot and a maximum ISO speed of 3,200. One possible concern is that the SteadyShot feature is always activated.

The HX100V may be one of the smallest super-zooms, but it’s built with a substantial 3-inch, 921,000-dot resolution LCD screen. Although it tilts in a 90-degree arc, the screen can’t be adjusted to a larger variety of angles, as many of the camera’s competitors do. An upside is that the image of the screen is clearly visible, even under sunlight.

The Sony HX100V’s LCD screen is not the only framing/composition option. The camera also has an electronic viewfinder (EVF) that is housed in a slight extension above the lens. A button to the right of the mock prism housing switches from LCD screen to EVF or vice versa. The other method is the automatic eye proximity sensor. The switch occurs whenever you put your eye to the camera. The EVF view is sharp and operates smoothly. Unfortunately, it’s quite small, which simply could be a limitation that Sony had to design to maintain the price point.

Read Part 2 and Part 3 of this PhotographyTalk.com article for more details about the Sony Cybershot DSC-HX100V camera. (Coming Soon)