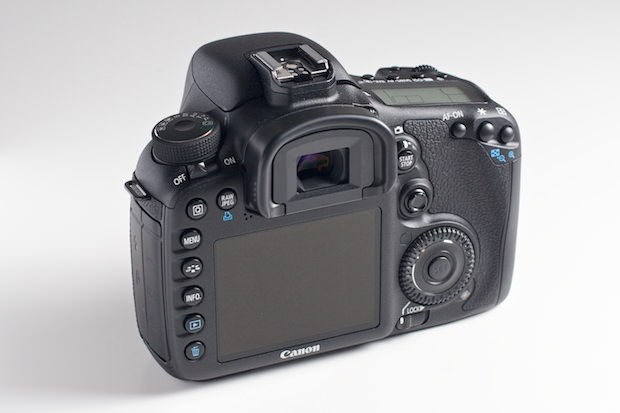 Canon is the number one camera manufacturer in the world; and it didn’t reach this pinnacle by allowing its products to be second to its competitors. Recently, the company’s X0D series of DSLR cameras have been in a battle with the Sony A700 and Nikon D200 and 300, to name a few. Canon has countered with the EOS 7D DSLR that is clearly aimed at advanced amateurs, professionals in the making and established professionals who demand an APS-C camera with comprehensive features and capabilities. It doesn’t take much of an examination of the Canon 7D Mark II to realize it delivers what these photographers expect…and probably you too.

Read Part 1 of this PhotographyTalk.com article for the EOS 7D’s specification highlights and the beginning of a detailed look at some of those highlights.

Although the 7D’s Dual Digic 4 processors are buried deep in its guts, they pack an amazing amount of power to give the 7D virtually flawless performance. The processors seem to consider the enormous 18-megapixel files mere morsels that are easily “swallowed” when processd. You are almost guaranteed never to wait for the EOS to be ready to shoot another image, immediately.

This is most evident when you use the continuous shooting mode and experience its eight frames per second speed. The 7D goes a step further, however, when you insert a very fast card, such as the Sandisk Extreme Pro. The rate of eight fps can be achieved almost “forever.” One third-party test ran it for approximately 60 seconds or 320 frames in JPEG, even in RAW, it fired 24 frames. Select RAW+JPEG, however, and 8 fps is only possible for seven frames. If you’re not a speed demon, then the 7D has the option of a low-speed continuous shooting mode at three fps.

Auto-focus is another fundamental feature of cameras in the same niche as the Canon EOS 7D; and Canon is definitely using it to boost interest in this camera. Auto-focus in the 7D does an exceptional job. First it locks focus almost instantly, which qualifies as a good choice for many sports photographers. It won’t match the 1D Mark III or 1D Mark IV, but they cost thousands of dollars more. The 7D will serve those sports photographers who don’t have that kind of camera budget or as an excellent backup to the more costly Canon models. Auto-focus on the 7D has few or any problems in low light, except for a little slowness. It’s so insignificant, however, that the camera’s maximum ISO of 12,800 is fully usable.

One of the few flaws of the 7D is that the contrast-detect AF in live view and movie mode aren’t much better than earlier Canon DSLRs, which means it’s quite slow and not fun to operate. The only option is to do what is required with entry-level DSLRs and that is to pre-focus before entering live view or focus manually when live view is activated.

Many digital photographers in the EOS 7D market will no doubt like the combination of the camera’s large sensor (18 megapixels), which provides plenty of depth of field, and its 1080p video capability. The 7D’s APS-C sensor is responsible for producing the excellent depth of field, although not quite as good as the full-frame EOS 5D Mark II, but much superior to any compact camera and many DSLRs.

The 7D has moved ahead of the Canon EOS 500D with comprehensive manual control of shutter speed and aperture. Manual controls are also standard, so you can customize the settings to your video subject matter. You can shoot HD video at 1920 x 1080 pixels (1080p) at 30, 25 or 24 frames per second, or 1280 x 720 pixels (720p) at 60 or 50 frames per second. That’s a greater range of choices than the EOD 5D Mark II. There is a built-in internal microphone that records mono as well as a connection for a 3.5mm external microphone that will give you stereo.

It’s not surprising that the 7D’s video reveals some noise in low light conditions and high ISO selections, but it’s not very noticeable. What may be seen in the lower resolution of the 720p mode are jagged lines on diagonal edges. Again, it’s not a barrier to good video, but it’s important to know when considering whether to buy this camera.

It takes some extreme scrutiny to find any flaws or problems in the Canon EOS 7D DSLR camera. It’s definitely an entirely new attempt to improve on the EOS 50D, which helped to put Canon on the top of the heap. The 7D is likely to solidify its position even more. Some photographers will find it preferable to the EOS 5D Mark II, especially if a full-frame sensor is overkill for the kind of photography they shoot. The 7D also stands tall in relation to its primary competitor the Nikon D300S, but any photographer considering either can’t make a wrong decision. The Canon EOS 7D is priced in the $1,400 to $1,600 range, body only.