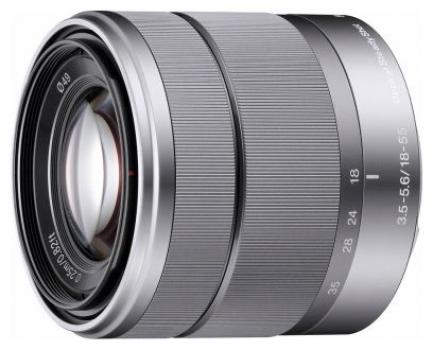 In-lens optical image stabilization (IS) has proven to be a valuable capability on many manufacturers’ lens models; and Sony is firmly in agreement. The inclusion of optical image stabilization in the 18–55mm is the one feature that is sure to catch the attention of many photographers. It’s the first time Sony has designed IS into an interchangeable lens. “Super SteadyShot” is the IS system that Sony incorporated into the bodies of its Alpha DSLR series. The NEX bodies are much thinner, however, so there is simply no room for “Super SteadyShot.” Sony’s solution is “Optical SteadyShot,” which was developed for the 18–55mm kit zoom lens.

Third-party testing in a studio resulted in a minimum of three stops of stabilization, which strongly supports the possibility of achieving highly acceptable sharpness at much slower shutter speeds. Test data of the Optical SteadyShot unit in Sony’s E 18–55mm f/3.5–5.6 OSS zoom lens confirms that it as good as Canon’s or Nikon’s.

Sharpness: This Sony lens is quite sharp at specific focal lengths and f-stops. Spin it to the 18-mm end and center sharpness is well above average, but the corners are soft. The longer focal lengths seem to produce the sharpest images, even in the corners. An aperture of f/8 is where sharpness is again at its best. Set the aperture to f/22 or smaller and sharpness declines rather significantly because of diffraction.

Chromatic Aberration:     The Sony E 18–55mm zoom lens does a very good job of managing chromatic aberration. Shoot at wide angle and you’ll see fringing near the corners, which typically appears as red/cyan in color. Rack the lens toward the other end of the focal range and the fringing essentially disappears.

Falloff: You must look very closely to notice in falloff with the 18–55mm; it’s essentially non-existent. In most cases, falloff doesn’t become an issue until the light in the corner is more than one stop less than the center.

Distortion: This Sony lens doesn’t score very well during the distortion test. Third-party testing recorded 2.6% barrel distortion at wide angle. This distortion is quite intricate, as the corners are filled with hefty re-correction, which is unlikely to be resolved during editing. Pincushion distortion is prominent at longer focal lengths and spikes with 2.4% at 35mm, which is an extreme distortion reading.

Macro Focus: Considering the Sony E 18–55mm f/3.5–5.6 OSS is a kit lens, its macro focus capabilities are more than adequate. Minimum focus distance is approximately 9.5 inches (24cm), which translates into approximately 5.5 inches (14cm) between the subject and the front of the lens. Maximum magnification is 0.31x. Macro focus behaves much the same as normal focus, creating poor image quality at the widest aperture in the form of softness across the frame. The image improves rapidly from the center to the corners when set at an aperture of f/8. A bit of pincushion distortion and lateral chromatic aberration become visible, but acceptable.

It appears that Sony has not designed the 18–55mm kit lens with software to improve lateral chromatic aberration or geometric distortion, as is the case with Panasonic and Olympus's Micro Four Thirds system. This is a definite disadvantage. If the Sony NEX series fits your photography style and pocket book, however, then the E 18–55mm f/3.5–5.6 OSS is the best of the two kit lenses to match with the NEX body you choose. (Separately, the lens is priced at approximately $300. Paired with the NEX3, the kit is approximately $700, with the NEX5, approximately $50 more.)