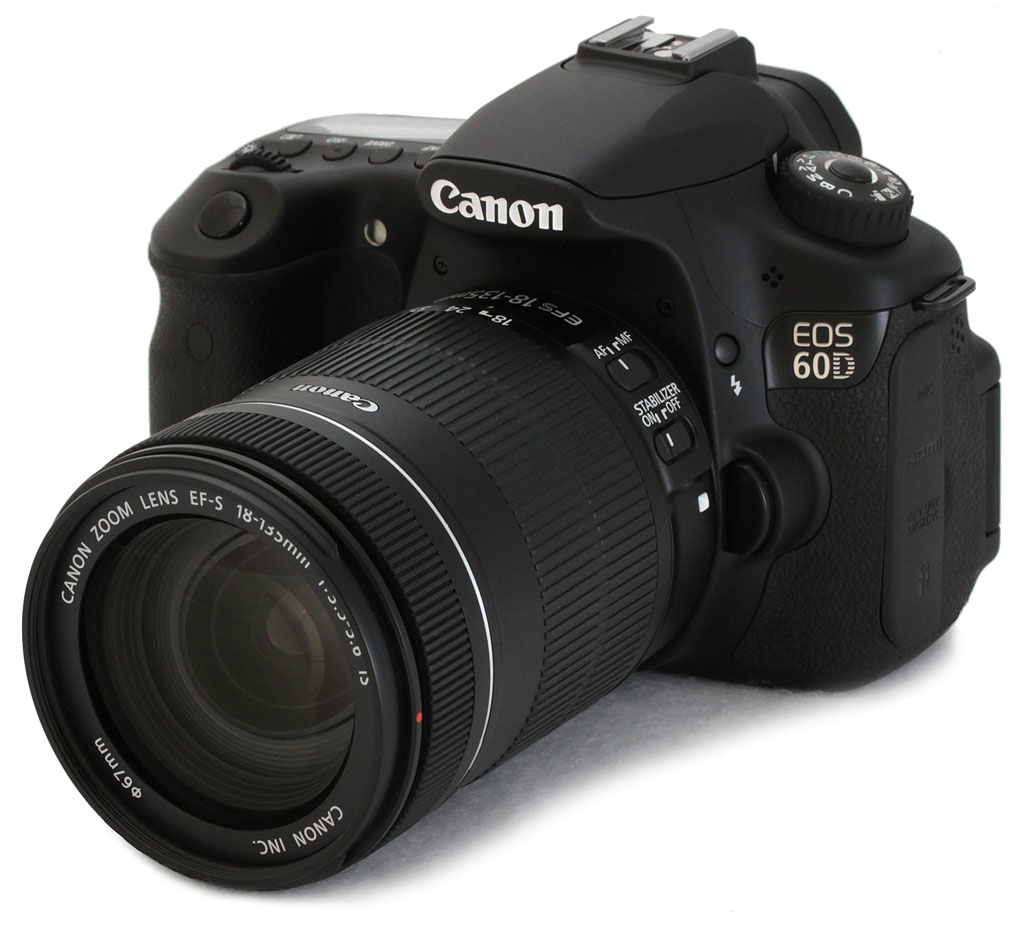 With the EOS 60D, Canon offers photographers, who currently own a Rebel T2i, with an upgrade alternative to the professional-grade (and professionally priced) EOS 7D and the “dead-end” EOS 50D, which doesn’t have the power of the 7D and costs more than the Rebel. More than a typical upgrade, the Canon 60D includes features found in the Rebel model as well as the EOS 7D.

Read what other Canon EOS 60D owners are saying here.

For many digital photographers in the enthusiast category, the ergonomic improvements of the 60D, compared to the Rebel T2i, may very well be important reasons to buy the 60D. The 60D is smaller and weighs less than the Rebel; and although the 60D is made of plastic, instead of the 50D’s metal body, it still feels sturdy in your hands and you can recognize its durable build quality. The 60D also has a larger grip and two-dial control system.

The EOS 60D is the first Canon DSLR with an articulated 3:2 high-resolution LCD screen. This flip-screen capability not only makes video easier, but also gives owners more creative latitude.

The EOS 60D’s 17.9-megapixel sensor is considerably bigger than the 50D’s 15.1-megapixel sensor, which positions the 60D in the mid-range of all DSLRs, based on sensor size.

One of the unique features of the Canon EOS 60D that isn’t found in the Rebel T2i or 7D is in-camera conversion of RAW files to JPEGs. This capability also allows you to fix various lens aberrations, such as distortion and chromatic aberration.

Photo files can be manipulated after they’ve been shot with the 60D’s new “Creative Filters,” including “Grainy Black and White” and “Toy Camera.”

“Ambience Selection” on the EOS 60D varies the color of images from the scene mode. These include Standard, Vivid, Soft, Warm, Intense, Cool, Brighter, Darker and Monochrome. Switch to Live View to preview the look that is achieved on screen.

Canon didn’t mess with a good idea, giving the EOS 60D the same video capabilities as the Rebel T2i and 7D, except for the articulated screen on the 60D that could be a game-breaker for many consumers. HD video is recorded at 1080p at either 30 or 25 frames per second, or 720p at 60 or 50 frames per second. Selecting the NTSC or PAL video mode determines the available frame rate. In either mode, 1080p video can also be shot at 24 frames per second.

There’s even more video versatility in the EOS 60D. It will record two versions of VGA video. The first is a 4:3 portion of the entire sensor. In the second, a VGA crop mode captures the center portion of the frame as a 640x480 image.

In terms of video quality, the 60D matches the above-average level to the very-good level of the Rebel and 7D.

Another feature that the 60D has and the 7D doesn’t is manual control of audio recording volume. Although the built-in microphone only records in mono, you can attach a 3.5mm external mic, which then records stereo.

Often it is the little differences that mean the most to camera buyers, so if support for optional infrared remote release is important to you, then you’ll like the 60D’s receiver window in the handgrip.

The standard ISO-sensitivity range on the 60D extends to 6400, rather than the 50D’s 3200. In addition, the user is able to choose the upper limit of auto ISO.

One of the most important “juicy tidbits” to remember about the EOS 60D is the enormous array of Canon lenses that are compatible with this model.

Canon has priced the EOS 60D to pursue the enthusiasts and Rebel T2i upgrade market instead of the semi-pro or pro market for the older 50D and the 7D. According to the Canon Web site, the 60D body-only is $1,000; the Rebel T2i body-only is $700; and the 7D body-only is $1,700. Retail prices tend to be lower. Some photographers may decide that the 60D’s swivel screen may tip the scale. Those that truly need the added features of the 7D have that alternative choice. Canon, being the leader, has made sure to offer models that will make anyone happy.