11 Fascinating Facts You Should Know About a Nikon D300s Camera 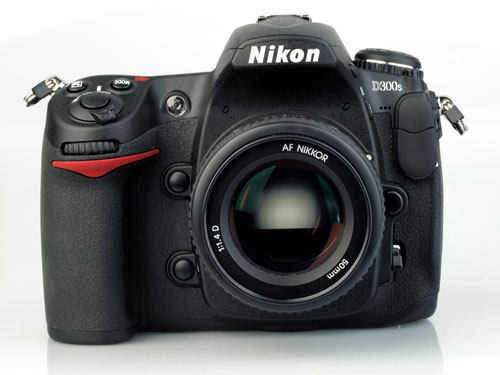 Better Than the “Best Semi-Professional DSLR".

When launched during 2007, the Nikon D300 was hailed as the “best semi-professional digital SLR.” The newer D300s maintains that reputation, although it wasn’t easy for Nikon to make changes to what was already considered the best. Active digital photography enthusiasts and professionals have found the D300s to be a worthy successor. Most experienced users of Nikon’s D3 series will make the transition easily. Nikon D3000 DSLR camera is another great camera with many powerful features.

The Nikon D300s is built with magnesium-alloy parts as was the D300, and mirrors the earlier model’s rugged construction and feeling of substantial quality. Cameras comparable to the D300s have closed the gap, however, making the D300s’s construction less of an impressive difference than the D300.

Nikon knows that many photographers judge a camera on the accessibility of exterior controls and being placed in logical positions. The D300s reflects that knowledge with control dials, most adjustment buttons and the two custom buttons on the camera's front where photographers expect to find them. For some, the placement of the white balance, ISO and quality buttons on the top left of the camera may not seem as logical, especially with the camera to their eye.

A Sensor That Produces Quality Images.

With the Nikon D300s, the argument about sensor size is proven once again to be not as meaningful as image quality.  Yes, the 13.1-megapixel, DX-format, 3:2-aspect ratio CMOS sensor (actually 12.3 million effective pixels) would seem less than many comparable cameras, but it’s how well this camera captures and process images into exceptional photos that matters. The sensor in the Nikon D300s also includes an RGB Color Filter Array, a built-in and fixed low-pass filter (with self-cleaning unit).

Nikon has certainly given the D300s an advanced auto-focus system, with 51 AF points (15 of which are of the cross type that are sensitive in both the vertical and horizontal axis). Better yet is the 3D tracking; it designates the active points and tracks a subject within all three dimensions, delivering a sequence of in-focus images.

Providing a CF and SD memory card slot, Nikon has made it possible for optional card-writing functions: fill one and then the other, write backups to the second card, RAW and JPEG to different cards or split stills and videos. If you’re planning to shoot a long series of shots very quickly, then the high speed, UDMA-compatible CF card slot is a better alternative.

The D300s’ ISO range of 200 to 3,200 can be expanded to 6,400. Comparing the results to other cameras, the D300s’ images achieve essentially the same level of details as a Canon EOS 50D. As expected, the Canon EOS 7D registers more details with its 18-megapixel sensor, the difference is minimal, however, but in the 7D’s favor. That being said, third-party tests of the D300s judge its results to be one of the best for an APS-C camera, producing highly acceptable JPEGs at high ISO settings.

Nikon didn’t intend video to be a primary feature of the D300s, although the picture quality is very good at 720p at 24 frames per second. The large sensor certainly helps to capture very acceptable video in low light. The “fascinating fact” is that the camera’s contrast-detection auto-focus system functions during movie making by setting live view mode to “Tripod.” Other video specs include additional shooting modes at 640 x 424 (24 fps) and 320 x 216 (24 fps); 16-bit, 11 kHz audio (mono with internal mic and stereo with external unit); and running times of five minutes in HD and 20 minutes in all other modes.

Contending with a Legend.

Maybe, the most difficult competitive situation for the D300s is that it wasn’t easy for Nikon to improve on the legendary status and performance of the D300. For owners of a D300, there may be no reason to upgrade unless movie-making capabilities are crucial. The D300s’ video feature may also prove to be significant for buyers new to Nikon cameras. Since the D300s and Canon EOS 7D are similarly priced ($1,450 to $1,600), then it’s unlikely that many Canon lovers or 7D owners will be attracted to the D300s. Despite the competitive situation, the Nikon D300s is still an excellent value and is fully capable of following in the footsteps of the classic D300.