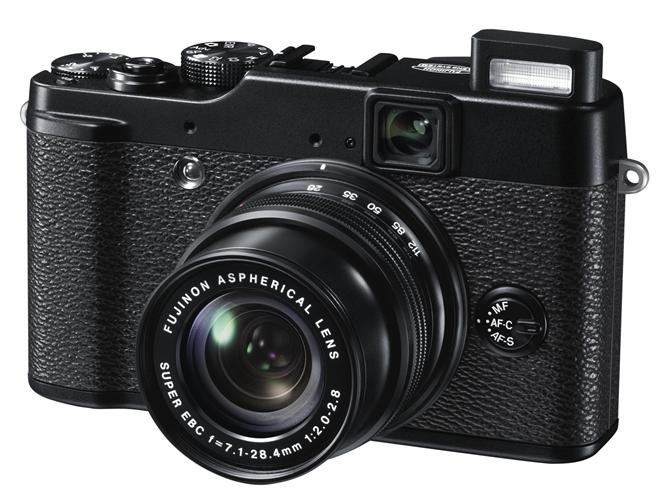 Fujifilm’s X100 large-sensor, compact camera, which was released during 2011, has proven to be so popular and critically acclaimed that the company has followed this success with the FinePix X10 compact camera, a similar, but smaller model. Its primary features are a 2/3-inch, 12-megapixel EXR-CMOS sensor, a 28–112mm f/2.8 telephoto Fujinon 4x equivalent lens (the X100 has a fixed focal length lens), an f/2.0 wide-viewing angle and optical zoom viewfinder. Like the X100, this newer Fujifilm model is distinguished by a retro design, which is highlighted by the use of lightweight, but very tough, die-cast magnesium alloy for the upper and lower case parts.

Built with an all-metal barrel, the zoom movement of the camera’s lens glides easily, for quicker composition and less arm fatigue. Fujifilm X100 owners will find the various dials and buttons easy to reach and use. For example, the manual zoom lens and on/off power switch are operated from the same control, so you’re ready to capture more pictures that you might have missed. The 28–112mm lens has 11 glass lens elements in nine groups, including three aspherical glass lens elements (six sides) and two extra-low dispersion lens elements. Fujifilm claims to have created a new optical image stabilization system that makes lens aberration almost non-existent, as it also greatly enhances sharpness and overall image quality.

Looking further into the components and functionality of the 2/3-inch, 12-megapixel EXR-CMOS sensor, you’ll find it offers twice the area and approximately 2.5 times the pixel area, as the Fujifilm FinePix F550EXR. The bright, sharp pictures that the sensor produces are also a result of Fujifilm’s proprietary EXR technology. It works by selecting the best shooting mode of three, SN, DR and HR.

A fun and creative feature of the Fujifilm FinePix X10 compact camera is its Film Simulation modes. Any of the eight settings, such as Velvia, PROVIA and ASTIA, replicate the look of color reversal films. Manipulate images with the monochrome mode in conjunction with the R, Ye and G filter settings.

Additional Features of the Fujifilm X10

At approximately half the price ($600) of the Fujifilm Finepix X100, the X10 is an excellent choice for the amateur or hobbyist who wants many of the features and capabilities of the X100 without its price tag. Plus, if you like that retro-look, then your X10 will be distinctly different than all your friends’ sleek, modern, brightly colored compacts.