“I’ll Give You 17 Good Reasons Why She Can Have the House, and I’ll Take the Canon EOS-1D Mark IV DSLR Camera!” 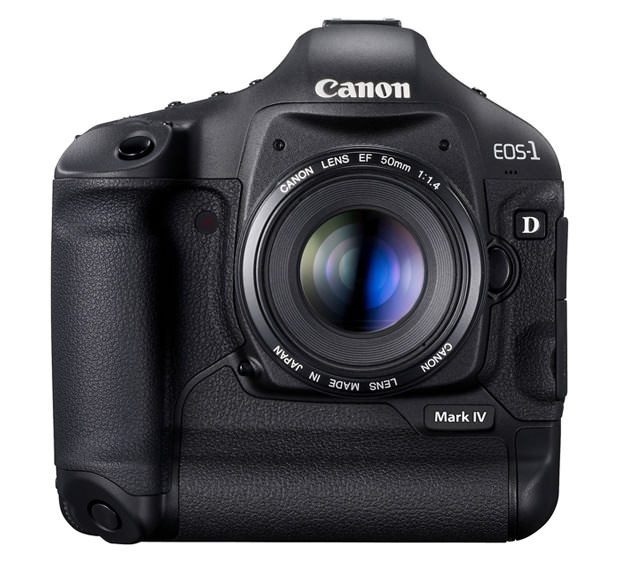 1. During this divorce settlement, the husband knows it’s much easier to find another house than a camera that is as good as the Canon EOS-1D Mark IV DSLR camera. This dedication to one’s photography may be a bit extreme, but it makes much sense since the Mark IV has many of the same features and capabilities of the very popular Mark III, and improves on the earlier model’s limitations. According to a recent report, Canon 1DX Mark III is under testing phase and will be launched soon.

2. A major limitation Canon had to overcome was the Mark III’s infamous and widely publicized auto-focus problems. It did this successfully by giving the Mark IV a new AF system, in an effort to convince the marketplace that Canon should retain its AF pre-eminence.

3. Canon didn’t change the layout of the 45 AF points on the Mark IV that has been a mainstay since the EOS3 in 1998. The Mark IV does have a completely new AF sensor, however, with 39 cross-type points that are responsive in the vertical and horizontal axes.

4. There are some limitations to the new AF sensor. A lens with a faster maximum aperture than f/2.8 is required for the 39 AF points to act as cross-type. Allow the camera to assign the cross-type points automatically and it will only select 19, which is exactly how the Mark III operates. The only cross-type point, when using an f/4 lens, is the center point. Shoot with an f/5.6 lens or slower and all points are only horizontally sensitive.

5. A somewhat confusing aspect of the 1D Mark IV’s auto-focus system is that Canon retained much of the complexity of learning and using it, as was the case in the Mark III. No doubt, some of the earlier model’s AF problems are attributable to owners being overwhelmed by how the system worked, and not just engineering/design mistakes. For some photographers, however, the intricacy of the Mark IV’s AF system will be a benefit because it allows them to customize it very specifically to their exact needs. To receive that benefit, however, requires a significant learning curve and some trial-and-error.

6. Another outstanding component that Canon included in the 1D Mark IV is the 1.3x crop, APS-H sensor size, but the pixel count has increased significantly to 16MP. That would seem to be a meager improvement, considering the 25MP full-frame DSLRs and 14MP compacts in the market; however, it has more pixels than other 1D camera and 50% more photo sites, which increases resolution by 26%, compared to the previous model. What little trade-off this might suggest will be quickly forgotten once you experience what this camera can do.

7. The Canon EOS-1D Mark IV DSLR camera is certainly competitive when it comes to image quality, as it can be considered an equal of the Nikon D3. The Mark IV records every image with amazing detail and remarkable color, in RAW or JPEG. Its greater resolution than the Mark III allows you to crop pictures to their best composition with no loss of sharpness or quality.

8. The Mark IV’s ISO range, again, puts it shoulder to shoulder with the D3, although Nikon’s full-frame D3s is still the camera capable of producing acceptable results in the lowest light. The Mark IV jumps to an ISO of 25,600, which is four times what the Mark III can achieve, at 6,400. The Mark IV also includes a setting for ISO 102,400, which is quite a stretch, since the images created at that extreme are only poor to worthless.

9. A major improvement seen in the Mark IV is the capability to shoot at 10 frames per second.

10. The Canon EOS-1D Mark IV DSLR exhibits first-class build quality, with a magnesium alloy body and environmental seals. It has very good ergonomics, with a well-shaped and comfortable handgrip.

11. The marketplace would expect a DSLR at the level of the Mark IV to include a comprehensive array of video functions. In fact, it is the best Canon has to offer in a DSLR, sharing standard specifications with the EOS 7D. Canon made sure that the Mark IV could out-compete its closest rival, the Nikon D3s. It only shoots 720p video at 24 frames per second (fps), while the Mark IV shines with HD video capture at 1920x1080 pixels (1080p) at 30, 25 or 24 frames per second or 1280x720 pixels (720p) at 60 or 50 frames per second.

12. The Mark IV’s large sensor, and the shallow depth of field it creates, is certain to attract serious digital photographers who also want very good video, as a secondary capability.

13. The Mark IV has connectivity for a 3.5mm external microphone, which results in much better stereo recording than the built-in monaural microphones of so many other DSLRs. Simple editing of the beginning and end of video clips is also available.

14. Most photographers will be very pleased with the quality of the video from the EOS-1D Mark IV. Canon has made sure it matches the high quality HD and relatively smooth motion of the EOS 7D and 5D Mark II, when shooting at 1080p. You will need a robust computer to view and edit your clips, so playback is also of the highest quality possible.

15. Depth of field can be creatively manipulated with the Mark IV’s APS-H sensor, giving video a very shallow plane of focus that standard camcorders can’t duplicate. The EOS 5D Mark II has even greater depth-of-field capabilities, but when first introduced, it didn’t have the manual video controls that are standard in the Mark IV. The 5D Mark II has been subsequently upgraded with these controls.

16. On balance, the Canon EOS-1D Mark IV delivers not only what it promises, but also what serious and professional photographers demand at a $5,000 to $6,000 price tag, body only. Although it has naturally evolved from the Mark III, it doesn’t exhibit any of that camera’s AF problems, which may have been over-exaggerated in relation to the number of photographers they actually affected. Canon is more concerned with remaining competitive with whatever Nikon introduces to the marketplace. The Mark IV is certainly designed for photography first and videography second, but only a small group of photographers will view this as a barrier to paying the price for one of the best DSLRs they can buy.

5 Tips for Improving Your Business Communications