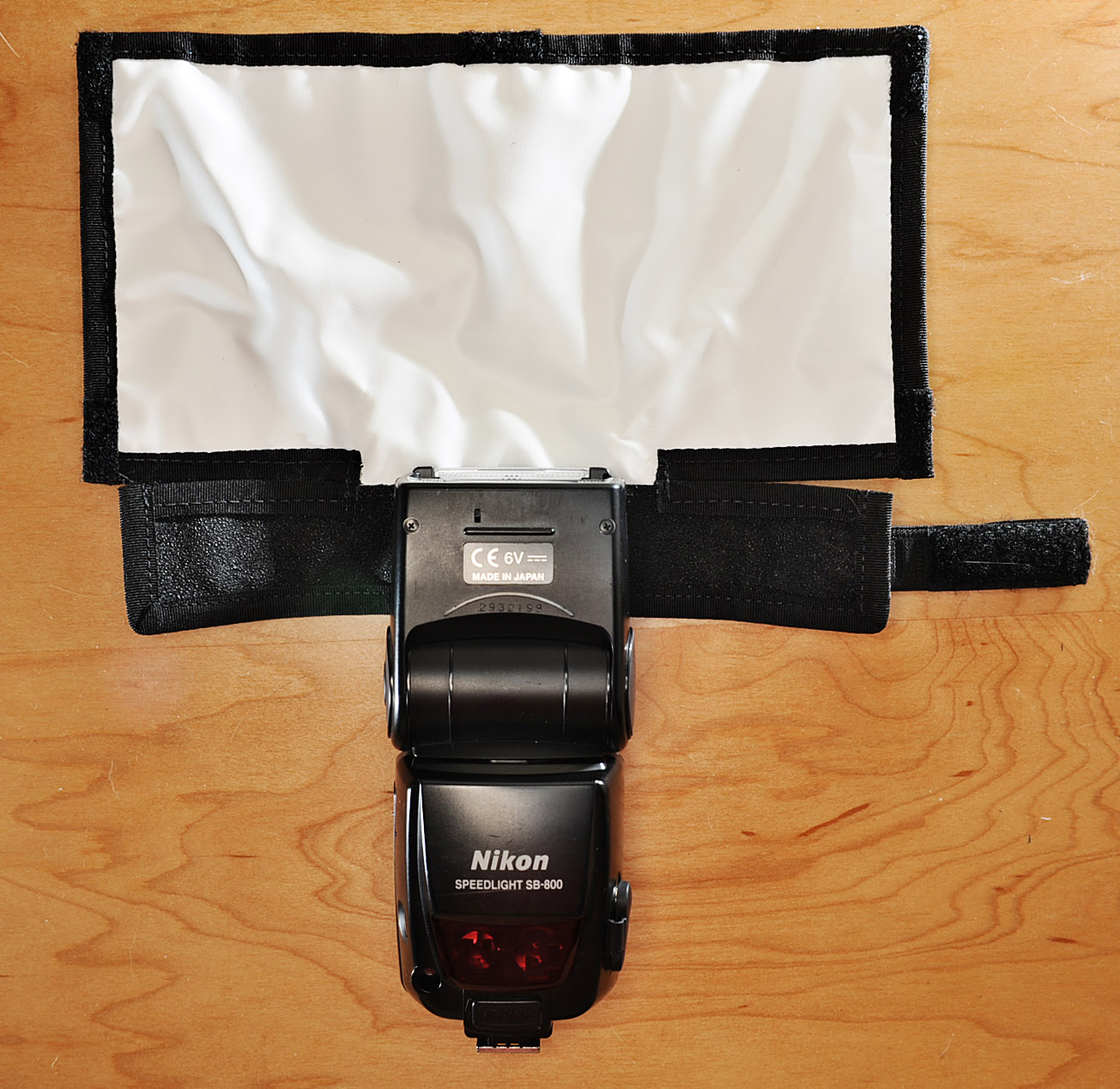 2. With a flashy title that’s like a video game’s, Rogue Flashbenders are a series of two reflectors (large positional and small positional) and one bounce card/flag. Each of them attaches to external flash units and can be bent to help you control light better.

The large positional reflector is 10” x 11” (254mm x 280mm) and weighs approximately 6 oz. (163g). It has a Velcro fastener strap and Velcro squares on the edges of the reflector for snooting.

3. Third-party tests have found the FlashBenders to be highly durable, as they are made with tough abrasion-resistant nylon. The white reflective surfaces are a synthetic fabric that is easily cleaned and showed no visible wear-marks after being carried for months in the tester’s equipment bag.

4. The reflective surface of all three Flashbenders does not affect the color temperature of the light from a flash.

5. A small, but significant, advantage of ExpoImaging’s Flashbenders compared to a similar product from its competitor, Honi, is that the fastener straps are permanently attached. You won’t lose the straps, so won’t have to buy extras.

6. The genius of their design is the moveable rods within the three units, one for the card/flag, two in the small reflector and three in the large reflector. These allow you to bend and shape the Flashbenders in virtually an unlimited number of positions.

7. Although a standard, rigid reflector does an excellent job softening light to enhance most photos, the rather simple bending capability of the Rogue Flashbenders allows you to be even more exacting in manipulating the light. For example, curve the edge of a Flashbender backwards relative to the subject and you’ll create a smoother effect along the periphery of the light. Shape the edge in the opposite position, towards your subject, and you can direct the light on a small area.

8. The large positional reflector can be shaped to act as a snoot, which is an important aid to macro-photographers who want to project a tight, narrow circle of light.

9. The versatility of the Rogue Flashbenders extends to the number of flash brands that are compatible with them: Canon, Konica, Metz, Minolta, Nikon, Nissin, Olympus, Panasonic, Pentax, Quantum, Sigma, Sony and Vivitar.

10. The Rogue Flashbenders kit with the two reflectors and one bounce/flag card retails for $104.85.