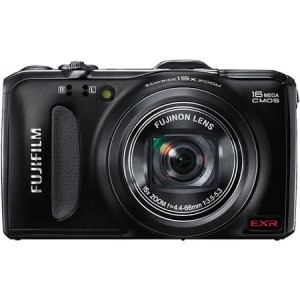 1.   The Big Three of digital photography (Canon, Sony and Nikon) aren’t the only manufacturers planning to make 2012 a banner year for new equipment. Fujifilm announced on January 9ththe introduction of its new X-Pro1 interchangeable lens digital camera system. The company’s press release indicates that Fujifilm expects this camera to compete with mid-range and high-end DSLRs because of the many advancements and improvements its incorporated into the X-Pro1.

2.   It starts, as it does with all of the better cameras, with the sensor; and Fujifilm has designed something totally new, the 16-megapixel X-Trans CMOS sensor. The company claims it will outperform many APS-C sensors and be the equal of some sensors in full-frame cameras.

3.   A new sensor, alone, is unlikely to deliver on that promise, so Fujifilm has paired the X-Trans with upgraded processor technology in the form of the EXR Processor Pro. Other than the typical marketing statements about giving the sensor more speed and highly accurate image processing, Fujifilm had a specific reason to add this advanced technology.

4.   The people at Fujifilm have drawn on the company’s well-established expertise in manufacturing photographic film to create a new color filter array for the X-Trans sensor, so an optical low-pass filter is not required. Such a filter typically contributes significantly to the reduction of moiré and false color that standard sensors can produce. In doing so, however, standard sensors suffer from less-than-optimal resolution. Fujifilm’s solution is to create this new color filter array according to an arbitrary configuration of fine-film grain. Not only are RGB pixels randomly organized in 6x6 pixel groups, but also each vertical and horizontal group contains an R, G and B pixel.

5.   The new Fujifilm X-Pro1 also includes the company’s Hybrid Multi-Viewfinder technology, which is the combination of an optical and electronic viewfinder. The optical viewfinder delivers superior brightest needed to see what you are shooting while the electronic viewfinder provides both a Live View and image data, such as exposure, white balance, depth of field and focus.

6.   To be considered in the same class with mid-range and high-end DSLRs, Fujifilm had to design and manufacture the X-Pro1 to exacting standards of durability, and with carefully crafted control points. The body’s top and base are magnesium alloy metal parts. The remaining exterior surface has been given a simulated leather look and feel that both distinguishes this camera from others, and makes it easy to grip. Fujifilm’s engineering excellence was also applied to the eyepiece, making it very comfortable as it reduces the intrusion of ambient light.

7.   Serious enthusiasts and professionals are also looking for a camera with external controls that are easy to operate, but also protected from constant use in many shooting environments. The X-Pro1 features all-metal shutter speed dial and exposure compensation control. This control and the shutter speed dial lock are placed in body indentations, so settings remain firm and are less likely to be changed if the camera is brushed against your body or other objects.

8.   A noted creative capability of this camera is taking multiple exposures, and then sandwiching them to create a single image. Once the Multiple Exposure mode is activated, the first image is recorded. Then, re-frame for the second image, placing it in relationship to the first, however you choose. The Hybrid Multi-Viewfinder or the LCD display will show you the combination of the two images, so you can adjust your position or the composition of the second shot.

9.   The X-Pro1 is also packed with a number of color filters that allows you to re-live the days of film photography when colored filters were a regular part of the creative process. The yellow and red filters boost contrast while the green filter make for saturated greens and reds. With the sepia filter, you can return to the early days of photography and give your images a 100-year-old look.

According to the January 9th press release from Fujifilm, the price of the X-Pro1 would be announced during late January and available for purchase during February.