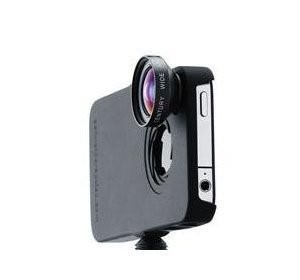 With the introduction of the iPhone 4/4S, Apple advanced personal communication technology several leaps forward, but also upped the ante on digital photography capabilities in a smartphone. The phone’s 8-MB sensor and other enhancements strongly signaled a serious effort to compete with popular point-and-shoot cameras. It took the innovation of one of the oldest names in optics, however, to give every iPhone owner more options for shooting even better photos with their camera phones.

Want to see reviews from other photographers? Check them out here.