The Nikon Coolpix P7700: Regaining Some Prominence in the Competitive Compact Camera Market 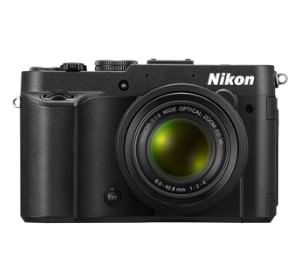 Nikon and Canon have been competitors in the photography world so long that it’s no surprise when the advantage in a particular equipment niche swings from one company to the other. Such has been the case in the high-end compact camera niche, since Nikon released the Coolpix P7000 and Canon the PowerShot G12 during 2010. If imitation is the highest form of flattery, then Nikon was certainly honoring the G12 by designing the P7000 to look very much like it. On closer examination of these two competing compacts, the only actual boasting advantage Nikon had was that the P7000 comes with a 28–200mm lens (35mm equivalent) while the Canon G12 is limited to 28–140mm. The advantage was short-lived, however, when comparing maximum aperture range, as the G12’s is f/2.8–4.5 and the P7000, f/2.8–5.6. Photographers shooting with compact cameras are often confronted with low-light shooting conditions, making the G12 the logical choice...at the time. Nikon tried to respond with the Coolpix P7100, which was released during August 2011. Its operational speed was much improved compared to the P7000, but the G12 still had that low-light advantage.

Nikon is persistent, however, and with the release of the Coolpix P7700 during August 2012, it is taking back some of the prominence that Canon has enjoyed in the compact camera niche. If you are looking for DSLR camera with features like super zoom and dual detect optical image stabilization then check out Nikon Coolpix P1000 Digital Camera review by PhotographyTalk.com.

Although sensor size is not the strong, competitive feature it once was, the Coolpix P7700 comes with a 12.2MP BSI-CMOS sensor compared to the Canon G12’s 10.4 megapixels.

Where the P7700 shines is in the use of the same 28–200mm lens (35mm equivalent) as the older P7100, but with an f/2.0–4.0 aperture range, which is brighter by an entire stop. This makes the P7700 competitive with the new Panasonic LX7 and Samsung EX2F for low-light situations, but with a greater focal length. The Coolpix P7700 has also a built-in ND (neutral density) filter, which allows for the use of long shutter speeds, but not apertures that can cause lens diffraction or higher ISO settings that could increase digital noise.

Other improvements in the P7700 also make it a competitive choice when compared to similar compact cameras new to the marketplace.

Ergonomically, the Nikon Coolpix P7700 has been designed with a substantial grip that is pleasingly sculpted for most hand sizes and covered with thick rubber.

In upgrading the older P7100 to become the P7700, Nikon left the external control configuration basically intact, since it had done a good job on the P7100. From the left, the top of the body first features a pop-up flash, which is capable of triggering multiple Nikon Speedlight flash units wirelessly. Others controls on the top plate include the exposure mode dial, on/off switch, shutter release, zoom control, “Fn” button and exposure compensation dial. Behind the pop-up flash is another dial from which oft-used settings can be selected, such as white balance, ISO and picture styles.

Nikon has also given the Coolpix P7700 a flash hotshoe to which any of Nikon’s Speedlight flash units can be connected, providing complete i-TTL compatibility. The P7700 retains the external microphone socket that Nikon designed for the P7100. Although the P7700 doesn’t include a GPS unit, Nikon’s optional GP-1 unit can also be attached to the hotshoe.

Other external features include HDMI and USB ports behind a hinged panel to the right and the battery and memory card located inside the hand grip. The EN-EL14 lithium-ion battery is rated for 330 shots.