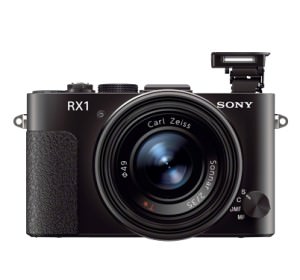 Sony may be one of the “Big Three” camera manufacturers, but it must develop some clever product and marketing strategies to remain competitive with Nikon and Canon and attract some of the members of their well-established “families” of photographers.

During July 2012, it made a somewhat clever move when it introduced the DSC-RX100 Cyper-Shot compact camera. It isn’t just another compact to appeal to the enormous casual photography market. Instead, Sony designed the RX100 for serious enthusiasts and amateurs(mainly Sony RX100 VI), who were already DSLR adherents, but didn’t want to be compelled to carry and use a heavy, bulky DSLR all the time. Of course, they still wanted many DSLR-like features and capabilities and Sony was happy to comply with a 20.9-MP Exmor CMOS sensor; a 3.6x optical zoom Carl Zeiss lens, which translates to a 28–100mm focal length range (35mm equivalent), with an aperture range of f/1.8–f/4.9; 1080/60p video (AVCHD) with MP4 option; and other “serious” functions. At $648, the RX100 is very affordable for the serious enthusiasts’ wallet. It fits in a pocket or small purse or bag and the lens retracts within the body dimensions.

Now, Sony has “reinvented” the high-end compact camera concept again with the September 2012 introduction of the DSC-RX1, the world’s first fixed-lens, full-frame camera. Take a minute to let that sink into your gray matter. The Sony RX1 is clearly aimed at professional photographers (photojournalists, for example) who need a small package delivering superior image quality. Early indications are that it is capable of working in low-light conditions and providing the shallow depth-of-field that, until now, was only found on a DSLR with a fast lens and an enormous sensor.

Some in the industry think the RX1 is in response to the success of the Fujifilm X100, which is designed with a 35mm-equivalent f/2 fixed lens, and sells for approximately $1,200. When it becomes available during December 2012, the Sony RX1 is slated to cost approximately $2,800: A hefty price, even for a professional’s equipment budget, and a compact camera that must clearly outperform the Fujifilm X100 at that price. At least at first glance, it appears to have what it takes to do just that.

Whet your appetite on a few of the Sony DSC-RX1’s more prominent features (some drooling is permitted).

The 24-MP sensor is a variation of the one Sony has placed in its new SLT a99, full-frame DSLR. Each photosite has optimal light sensitivity and more light is caught because the circuitry is not as deep as on many other sensors. Sony has clearly reserved some sensor capabilities for the a99, since the sensor in the RX1 does not include phase-detection characteristics. Neither can you use the shutter button to activate focus tracking as quickly as you can on the a99.

Remember, this is a 35mm lens (Carl Zeiss Sonnar T*), not an equivalent; so Sony has treated it with all due respect, configuring it with 8 elements in 7 groups and 3 aspherical elements, one of which is described as “advanced aspherical.” Since it has a silent leaf shutter, the camera will sync with flashes at all shutter speeds, including its fastest, at 1/2000th. At a minimum focusing distance of just less than a foot (30cm), you can move quite close to your subject matter. Rotate a ring at the front of the lens to shift the focus group, so you focus even closer, to just less than 8 inches (20cm).

At 4.45” x 2.56” x 2.76” (113mm x 65mm x 70mm) and just a bit more than one pound, or 17 oz. (482g), the Sony DSC-RX1’s many features and functions are packed into a small body. Sony obviously feels it had an excellent design philosophy for the RX100; so it gave the RX1 much the same clean lines and pleasingly rounded edges. Although lightweight compared to a full-frame DSLR (or even an APS-C for that matter), the RX1 your will feel like a substantial, well-built instrument in your hands, one that matches the exacting demands of most professionals.

The Sony RX1 doesn’t have the exaggerated handgrip that is typically found on enthusiast and hobbyists’ camera bodies. After all, with less shooting experience, they probably need it. Alternatively, the RX1 features comfortable positions that are supple and rubberized for gripping the camera with your fingers and thumb. One of the camera’s optional accessories is a metal thumb-rest that attaches to the hotshoe.

Hotshoe: The RX1 has the same versatile hotshoe as the new NEX-6. It accepts both ISO standard accessories and optical and electronic viewfinders that require Sony’s proprietary connectivity.

Built-in Flash: The back of the camera has a dedicated flash button, which activates the unit, with its guide number of 6.

External connectors: Look to the left side of the camera for the door that protects the USB and HDMI ports as well as a connector for an external mic.

Battery and Card Slot: The battery and SD card are slid into a slot at the base of the camera. The RX1 is powered with the same 4.5Wh NP-BX1 Li-ion battery that Sony uses in the RX100. Sony rates the battery charge at 270 frames with standard brightness selected for the LCD display.

Tripod Mount: You may have to be selective about the quick-release plate you use because the close proximity of the mount to the battery/SD card slot may not allow you to access it.

Sony knows that professional photographers can be fussy about the position, versatility and accessibility of camera controls, so it obviously was conscious of this fact when designing the RX1. Versatility is immediate evident with the 5 buttons on the exterior of the body that can be customized for any of 26 functions.

The camera’s lens features two control rings and the focus ring, which is closest to the front of the lens. With just a few minutes of hands-on fiddling, it’s obvious all three are well designed and well constructed. The aperture ring operates with click stops that move into position solidly. The second ring is used to change the minimum focus distance. The focus rings has all the characteristics a professional would expect: wide enough for the fingers, smooth movement and well dampened. Since the RX1 is built with a focus-by-wire system, the focus ring is not mechanically connected to the focus elements.

The top plate controls are organized, as you would expect. The mode dial reflects more shooting versatility both with the typical PASM modes and additional Auto, Scene, Sweep Panorama and movie modes. The Auto mode functions in two ways, either as Intelligent Auto or Superior Auto, which offers multi-shot modes, such as HDR.

The shutter control “stack” is multi-functional, with the power switch ring surrounding the shutter button, which then has a threaded hole that accepts a cable release. At the right of the top plate, you’ll find the exposure compensation dial, with an exposure range of as much as +/- 3EV. Don’t overlook the small “C” button, which is one of the 5 buttons you can customize to those 26 functions, such as metering mode, smile/face detection, auto portrait framing, ISO and white balance.

The layout of the rear of the Sony RX1 has many similarities to the new NEX-6, although it has an electronic viewfinder and a LCD screen with a smaller aspect ratio. The RX1’s 3-inch, 1.23-million-dot RGBW “White Magic” LCD certainly dominates the rear surface, but there is still plenty of room for a full array of additional controls. The flash and play buttons are situated above the screen, with a control dial to their right from which you can adjust shutter speed in S-mode and Program Shift in P mode. Down the right side of the camera back are the AEL and Fn buttons, the 4-way controller/dial and the MENU and Delete buttons. The AEL button and the right, left and bottom selections of the 4-way controller are the other 4 customizable buttons of the 5 on the camera (including the C button mentioned above).

The video record button sits on a prominently rounded surface on the upper right back corner of the body, which is the same design as the new NEX-6.

If this review of the new Sony DSC-RX1 compact camera attracts your aesthetic interests, then the practical portion of your mind may be asking about comparable camera choices.

Some professional photographers who may contemplate the purchase of the RX1 may think of a Leica as a better alternative. After all, Sony is a “youngster” in the high-end camera market compared to the longevity of Leica. Of course, Leica loyalists will spend much more than $2,800 just to buy the comparable Leica lens, the 35mm f/2 Summicron, and then thousands more for a matching body.

Leica adherents are also likely to tell you that you’ll have the flexibility to change lenses with a Leica camera, which isn’t possible with the Sony RX1. Nonetheless, you must be very dedicated to the Leica brand to spend so much more money for interchangeable lenses…and expensive ones at that!

The Leica comparison/alternative is for a very select few. It’s more likely that the RX1 will feel the competitive heat from the future, robust development of mirrorless, interchangeable lens camera (ILC) technology. It has already come a long way in a relative short period of time, and Sony’s 2012 sales data is the proof that many photographers, of all stripes, are jumping on the ILC bandwagon.

That being said, the Sony DSC-RX1 compact camera is a bold offering. Upon its introduction, it appears to be the best overall choice for professionals who can put it to work successfully and deep-pocket amateurs that like its portability, small footprint and excellent build quality and operational features and capabilities.

The Sony DSC-RX1/B Cyper-shot Full-Frame Compact Camera, including its 35mm f/2 fixed lens, is available for pre-order (anticipated delivery December 2012) from Amazon for $2,798.00