The Nikon D5200 DSLR: A Sneak Peek at its Newest DX-Format Camera for Beginners and Hobbyists that Want More 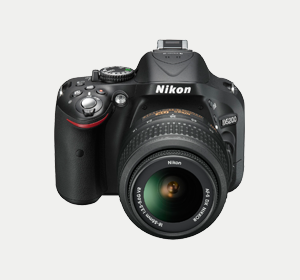 Having introduced a number of mid-range and pro-level DSLRs during 2012, Nikon didn’t want anyone to think it had forgotten about beginners and hobbyists who were ready for the latest in entry-level DSLR capabilities. During April 2012, Nikon fulfilled its obligation with the introduction of the D3200, and now, during late 2012, it has provided these photographers with another choice, the new D5200. Just as the D3200 was an upgrade of the D3100, the D5200 is the successor to the D5100. By the way, read this article about Nikon D5100 reviews done by PhotographyTalk.com.

At first glance, it’s not easy to recognize the differences in the D5200 compared to the D5100. Nikon has given the D5200 a more contemporary design, but it’s quite subtle. Most of the external changes are found on the top plate, which now has a stereo microphone in front of the hot shoe, and a drive mode button next to the mode dial.

Although Nikon or any other sources had not indicated a price for the D5200 at the time of the writing of this PhotographyTalk article, it’s a safe bet that Nikon will place it in the same price range as its other entry-level DSLRs, approximately $700 to $1,000. For that price, however, the beginner ready to advance to a DSLR or the hobbyist who wants the latest features and capabilities will find the Nikon D5200 to be a camera with a solid feel and construction for its small size and weight.

Virtually all of the upgrades to the Nikon D5200 from the D5100 can be found inside the camera. Those that Nikon are touting as primary are the 39-point autofocus system, which is the same in the D7000, and the 2,016-pixel, RGB color-sensitive metering sensor.

Nikon had the smarts to retain the side-hinged, articulating LCD screen, which provides the new DSLR photographer with more shooting angles. Sure to be highly appreciated is the ability to shoot in portrait format from the waist or above the head. This makes shooting in live view, video or using a tripod much easier for the hobbyist, prompting him or her to be more creative with the D5200.

To design the D5200 with sleek lines, Nikon placed a minimum of controls on the external surfaces of the camera. Although more camera functions must, therefore, be managed from the user interface on the LCD screen, it has been equally updated for even more ease of use than the D5100. Beginners new to DSLRs will be happy to see how well all the shooting information is presented, and its convenient accessibility.

A few other upgrades that are not quite as evident is that the new D5200 is equipped with the D800’s Auto ISO program. With this system, the photographer can select as many as 5 automatic minimum shutter speed settings to match the focal length of the lens he or she is using. When shooting video, the photographer commands aperture, shutter speed and ISO when the M mode is selected. Alternatively, the aperture can be selected, and the camera will then determine and set the shutter speed and ISO.

For such a small and entry-level DSLR, the Nikon D5200 connects to many external devices. HDMI and USB/AV are standard from its predecessor, but the previously mentioned stereo microphone port enhances video creativity. There is an additional port to connect either of two optional Nikon accessories: the GP-1 GPS and the MC-DC2 electronic cable release. Nikon has also added infrared receivers on the front and back of the camera to interface with the ML-L3 wireless remote control. Photographers can always be a part of any photo, as this allows them to release the shutter from in front of the camera.

At the time of the writing of this PhotographyTalk article, Nikon had not announced a release date or price for the D5200 DSLR, and it was not yet available for pre-order at major online retailers.