Samsung Galaxy Camera: Is it Another Step Closer to the Ultimate Camera Phone? 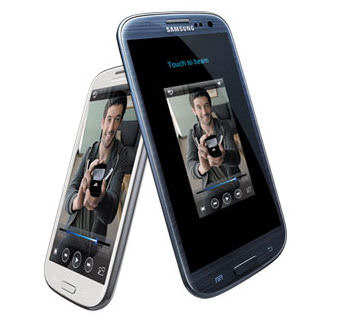 Most of the technological fusion of the smartphone and a digital camera has come from the direction of the smartphone. The camera application has typically been secondary to the smartphone’s primary purpose of serving as a communication device. The new Samsung Galaxy Camera has taken a bit more than a baby step toward what could be the “ultimate” camera phone…or phone camera.

Want to see reviews from other photographers? Read them HERE on Amazon

Make no mistake, it does not offer smartphone telephone functionality; it’s still “just” a compact camera. Samsung is, however, marketing it as “The Camera Reborn.” Which is accurate, since its rather enormous 4.8-inch, 1280 x 720 (HD) Super Clear touchscreen LCD display on the rear of the camera is the same as found on the Galaxy S III smartphone. The only difference is that the smartphone uses OLED technology. In addition, the Samsung Galaxy Camera is loaded with the same Android 4.1 Jelly Bean operating system. Samsung’s new camera does offer some communication features, such as support for Skype or Viber through Android and text messaging with the use of an optional SIM card. Considering that many people do more texting than talking on a smartphone, the Galaxy Camera almost provides them with enough communication options to make a separate phone unnecessary. For the population in general, however, the Galaxy Camera still does not represent the total fusion of the two devices.

Much of the digital photography features of the Galaxy Camera come from Samsung’s WB850 superzoom travel camera that it introduced during 2012. Both cameras have the same Schneider-Kreuznach, 21x optical zoom lens (23–483mm equivalent in 35mm format) with a very competitive aperture range of f/2.8–5.9, and optical image stabilization. Samsung also gave the Galaxy Camera essentially the same 16.3-MP, 1/2.3-inch CMOS sensor, which outclasses any sensor, and image quality, found in a smartphone.

To accommodate its 4.8-inch LCD display (compared to the WB850’s 3.1-inch), the Galaxy Camera had to be larger, 5.07 x 2.79 x 0.75” versus the WB850’s dimensions of 4.31 x 2.44 x 1.38”. The Galaxy model is definitely not a camera that can be carried in a pocket, but having that supersize LCD display is certainly a worthy tradeoff. In addition, the build quality of the Galaxy Camera is more solid, with additional metal parts and it offers a handgrip that is certainly more than most smartphones have. This should prove to be very beneficial when shooting at the longest telephoto focal length. Samsung has also given the Galaxy Camera a sleek, modern design with a minimum of exterior controls as well as including a pop-up-type flash, so the top plate is uncluttered. A pair of microphones is located just below the flash button.

The Samsung Galaxy Camera includes the familiar autofocus control by pressing the shutter release button halfway. When the central AF point turns green, a shot is ready to be captured with either a complete press of the button or a tap on the LCD screen. For even more shooting convenience, the Galaxy Camera will respond to voice commands, such as “capture,” “shoot,” “smile” and “cheese.” Plus, you can control other functions with your voice, such as lens zoom, firing the flash, selecting a different shooting mode and others.

As is standard with the better compact cameras, the Samsung Galaxy Camera records 1080p Full HD video and includes a slow-motion video capability that captures video at as much as 120 frames per second.

This Samsung model has easy-to-use shooting modes for the beginner as well as more creative modes for advanced photographers, so some DSLR photographers may find it to be an excellent second-camera choice.

Of course, to be competitive in the today’s digital camera market, the Galaxy Camera includes a number of Wi-Fi options, including seeing what the camera sees with your smartphone remotely. The camera will also search for a local wireless network, so you can upload photos and videos directly to all the popular social media sites as well as emailing images. With its Android OS, you can search Google and access many useful apps, such as Paper Artist, Instagram, Photo Wizard, Video Editor, Camera, Gallery and many others.

The ultimate camera phone is still in the future, and probably sooner than we think, but Samsung has moved the game forward with the Galaxy Camera, especially for people who want to edit and share photos online with more features and functionality than the typical smartphone.

The Samsung Galaxy Camera is available from Amazon for $614.99