Panasonic Lumix DMC-LF1: Compact Cameras Are Still Fighting for Their Piece of the Pie 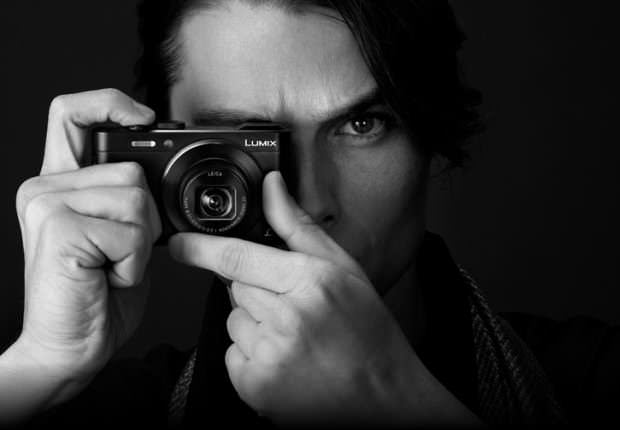 With the release of its high-end Lumix DMC-LF1 compact camera during late April 2013, Panasonic, like many other camera manufacturers, is adamant about retaining its share of the compact camera market, regardless of the effect of smartphone cameras. Yes, generally, “traditional” point-and-shoots are biting the dust, which has prompted most of the manufacturers to head for higher ground in the form of compact camera systems that pack many features and capabilities once reserved for entry-level DSLRs into a tiny footprint. Such appears to be the strategy behind the Lumix LF1.

Maybe “tiny” is the wrong word because the LF1 is built to “Goldilocks” specifications: Small enough to carry in your pants pocket, but large enough to fit your hand and position your fingers, so you can reach all the controls comfortably. The shooting modes are accessed via a prominent dial on the top deck of the camera body. It includes a full complement of selections: aperture priority, shutter priority and manual as well as Program, intelligent Auto (iA), Creative Control, Scene, Panorama and two custom choices.

There are many features on the Lumix LF1 to like and to provide you with the functionality to take a wide selection of photo types. Maybe, the most compelling is its electronic viewfinder (EVF). You’ll be able to see the true image prior to releasing the shutter, with accurate exposure, white balance and colors. It’s not an enormous EVF, but this is a compact camera. Nonetheless, you’ll be happy Panasonic added an EVF whenever you’re shooting in bright light and you can’t quite see your composition clearly on the LCD monitor.

Panasonic has done its best to make sure that doesn’t happen, however. The 3.0-inch, 920,000-dot LCD includes 7-step brightness control and the screen has been given AR coating, so it’s easier to check focus and make sure fine details are sharp.

A bit of sacrifice to the camera’s size is the use of a 1/1.7-inch, 12.1-MP MOS sensor, and not the 1” sensor that is found in the Sony RX100, for example; however, you’ll pay significantly more for that bigger sensor. The upside of the smaller sensor is that it allows for a Leica lens with 7.1x optical zoom that delivers a 35mm-format equivalent 28–200mm focal length range. The lens also has a built-in optical image stabilization system. The lens is relatively fast, with a maximum aperture of f/2.0 at the widest focal length, providing you with depth-of-field control to enhance many kinds of images. You’ll also be able to handhold the camera in more low-light conditions since that fast aperture translates to faster shutter speeds. The ISO range of 80–12,800 allows for just the opposite: shooting at slower shutter speeds if you want to impart motion to your photos or make them sharper in low light.

Full HD (1080/60i) is virtually a given in serious compact cameras, such as the Lumix LF1; but Panasonic has designed in just about all the bells-and-whistles you’d want in a video system: Record in AVCHD and MP4 formats, high quality stereo sound and full-time auto focus (AF).

Neither did Panasonic hesitate to give the Lumix LF1 the latest connectivity technology. Touch the camera to a smartphone or tablet and Near Field Communication (NFC) technology automatically connects the devices. Wi-Fi connectivity is almost a requirement for many photographers. With Panasonic’s Image App, you have a variety of ways to control your camera and share photos and videos. First, the app transforms your smartphone or tablet into a remote control station from where you can see a live view, release the shutter, focus, and select shutter speed, aperture and exposure compensation. Wi-Fi, of course, makes your camera a part of your social media network. Not only can you upload and share images, as is quite common today, but also with the Instant Transfer feature your smartphone or tablet will receive any images as soon as the shutter is released.

At the time of this PhotographyTalk article, the LF1 was so new that third-party tests on its performance were not available; however, many experts and technology analysts expect the camera to test very well, given its Leica lens and Panasonic’s track record with cameras of this type.