Let's start with two simple facts. Lightning photography can be spectacular and it can boost your portfolio and value as a photographer. It's also a lot easier to do now with the help of lightning sensors.  However none of these facts matter when it comes to personal safety.

Before you set out to photograph lightning, you must first acknowledge the most important fact of all: safety always comes first. No matter how spectacular the storm looks, taking chances with your life is not an option. With that said, let's have a look at a few crucial safety measures that should be taken very seriously.

The first thing you should do is plan carefully. Anticipate the movement of the storm whenever possible. You should be at least twenty miles away from where lighting strikes. Getting any closer is potentially life threatening so if you feel tempted to do it, think about the balance between risk and achievement. In the alone, lightning kills more people than hurricanes annually and about as many as tornadoes.

Avoid wide open spaces as much as possible. Being the tallest object in the area increases the chance of getting struck. Furthermore, if you have a tripod with you, it's most likely made of aluminum or carbon fiber, both very effective electrical conductors. A photographer, out on a field, in a thunderstorm, is a tragedy waiting to happen.

But if this type of situation catches you by surprise, head to a safe spot as fast as you can. Now this is one of the worst, yet common mistakes behind accidents that involve lightning. People often seek refuge under trees. Remember, lightning tends to strike the tallest object in the area. You don't want to be under it. 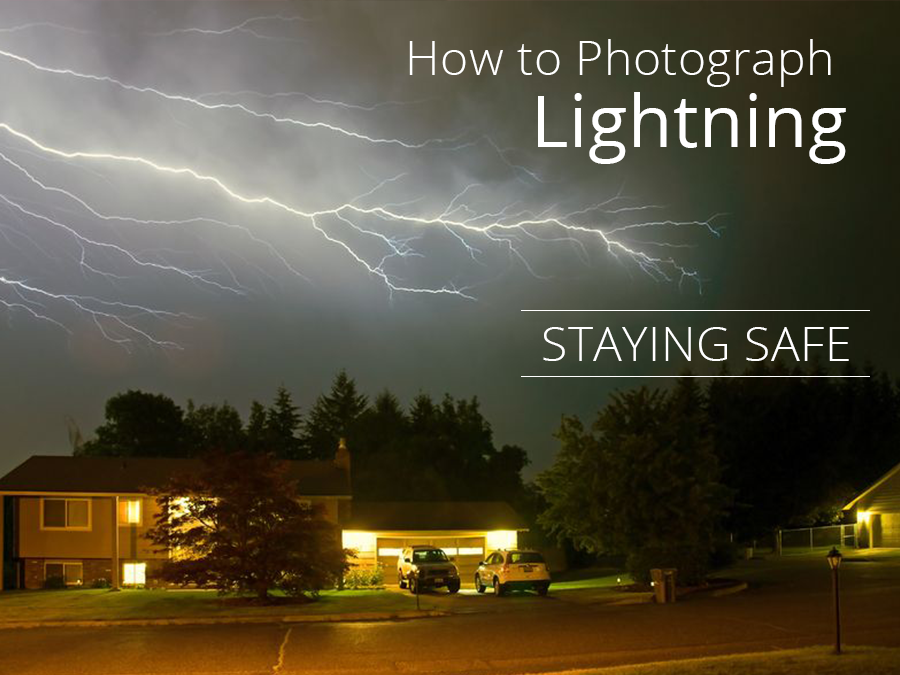 To reduce risk of turning from passionate photographer to casualty, get inside a building, or if there aren't any around, inside your car. Make sure it's a hard-top though.

If you're camping, don't even think about hiding in a tent or under an umbrella.

If you're shooting from inside, try to keep away from windows. A wider focal length can help you capture the action outside while you stay safe.  During a thunderstorm, avoid touching anything that is connected to the power source, like battery chargers. Don't wash your hands or do anything that involves running water.

If you're shooting from your car, try not to touch any metal objects .

Some photographers go to sea to take impressive lightning shots. If you chose to do so, make sure you don't go on a boat without a cabin. A boat with a cabin will be safer, but if the storm is heading your way, the smart thing to do is head to shore for safety. If the storm does catch you at sea, stay inside the cabin and don't touch metal objects.

Finally, wherever you chose to position yourself to capture lightning, don't stay longer than you have to. Get your shots and then find a safe place until the storm is over.