How to Use Photoshop to Replace the Sky in Any Photo 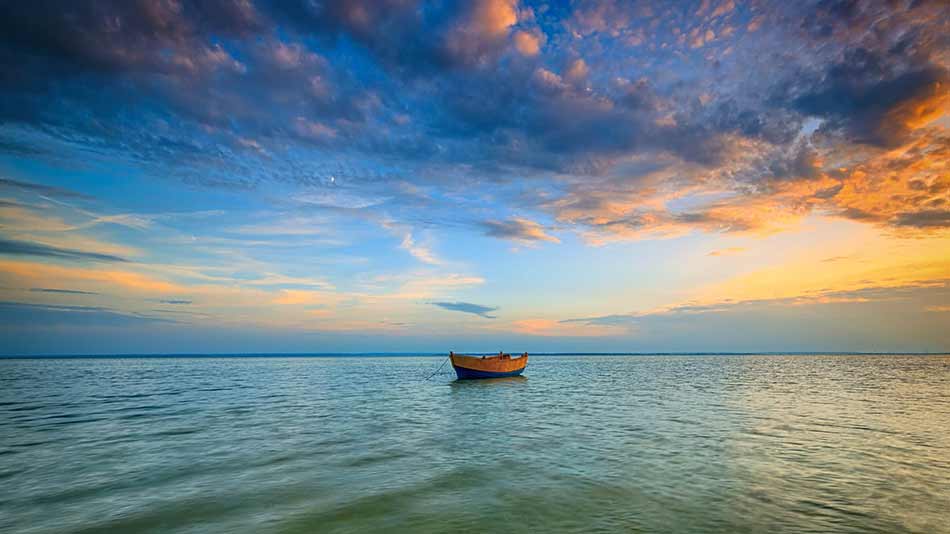 Let's say you have a photo that has a great foreground, but the sky above it is sort of blah.

Let's also say you have another photo that has a pretty lame foreground, but the sky is spectacular.

Why not combine the best parts of both images to create one awesome photo?!

You can do that in Photoshop, and it's pretty easy, too!

In the video above, Peter McKinnon gives a quick overview of how to replace the sky in a photo.

Follow along as he works his magic, and for a blow-by-blow guideline of what he's doing, check out the steps below! 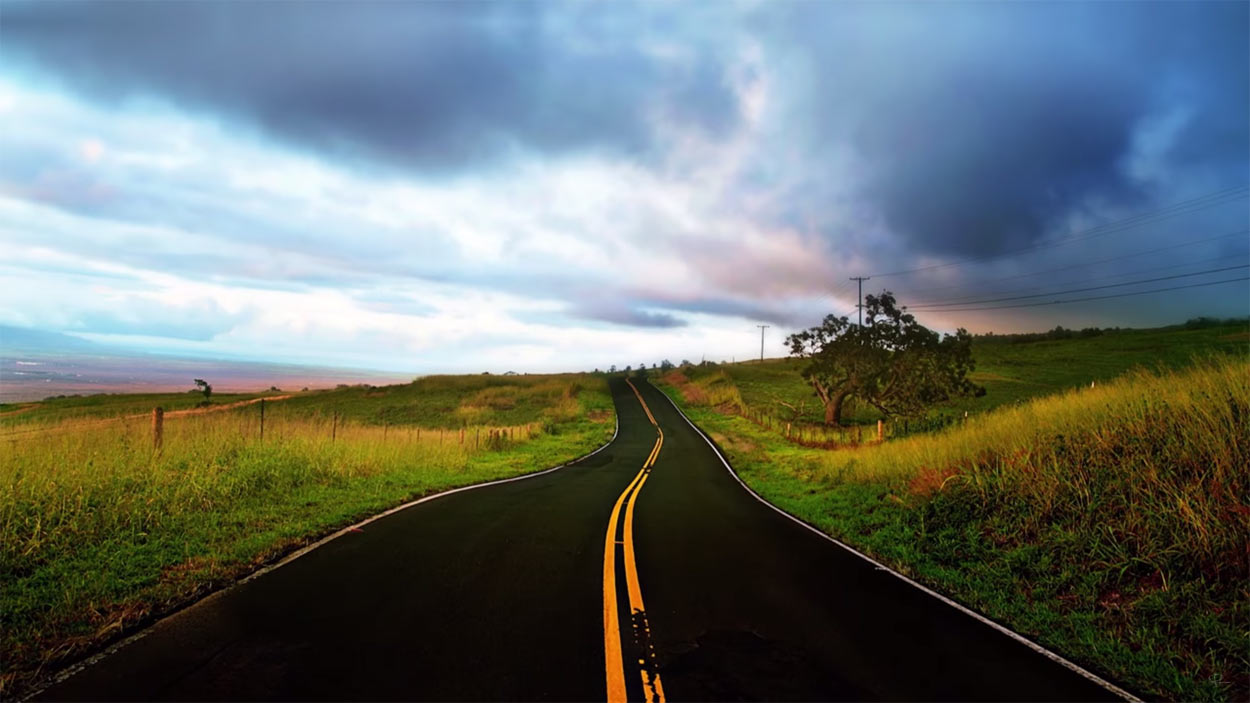 Once you have your desired image opened in Photoshop, the first order of business is to select the foreground in the image.

The simplest way to do this is to go to Select > Select and Mask. 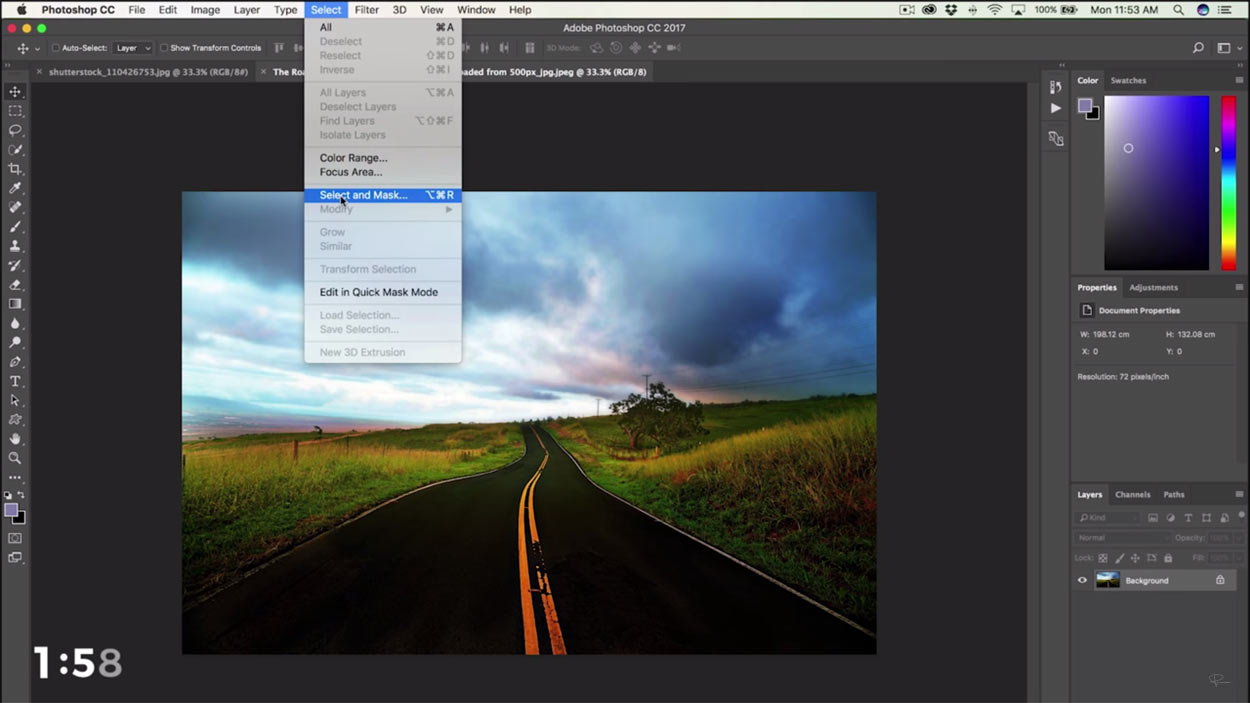 Using the Quick Selection Tool, paint away the foreground to the extent that you can.

The edges won't be perfect, but you can use the Refine Edges Brush to paint away the more complicated elements of the foreground, like any trees or other objects that extend above the horizon line. 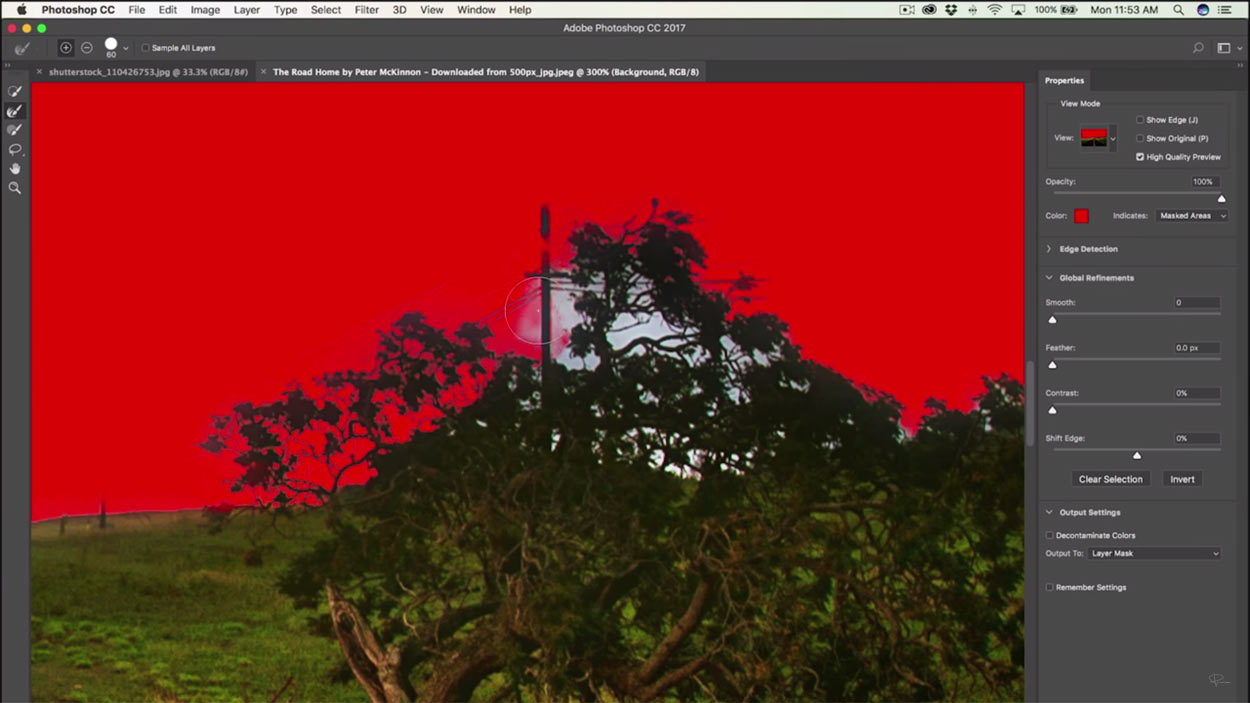 Next, choose View > Overlay so you can see the mask you've created and clean up any areas you missed.

Again, use the Refine Edges Brush to make your selections along the edges of the mask.

This step in the process requires a little more finesse as you'll have complicated shapes along the horizon line. Zoom in for a better view, take your time, and make your selections carefully.

The more purposeful you are at this point, the better the marriage between the original image and the replacement sky will be.

Step #2: Remove Elements You Don't Want in the Mask 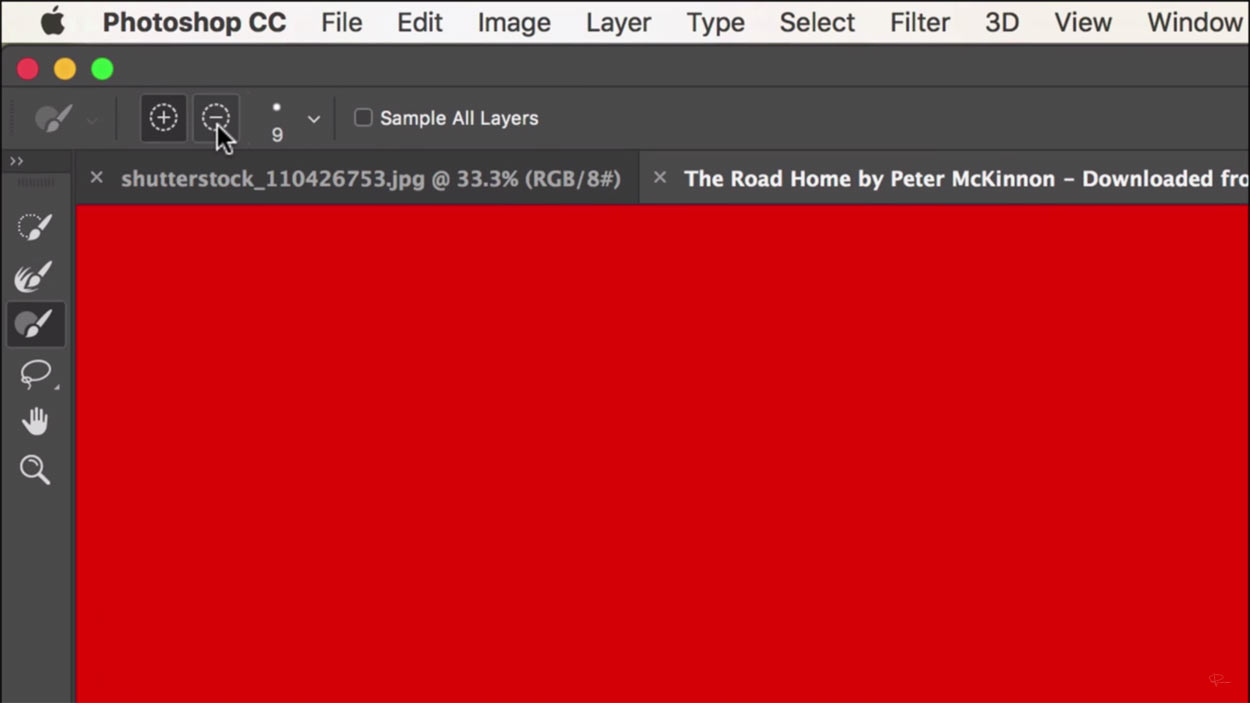 Let's say there's something in the original photo you don't want to appear in your final image, like the power poles in Peter's sample shot.

You can remove those sort of elements quickly and easily by painting them out of the mask.

Just go to the side panel, choose the Brush Tool, and ensure that the minus button is selected.

Then it's a simple matter of painting over the undesirable elements in the shot to get rid of them.

Again, this step takes some finesse, so zoom in for a close-up view of the elements you wish to eliminate from the shot and take your time when painting them out.

Step #3: Work the Edges of the Mask 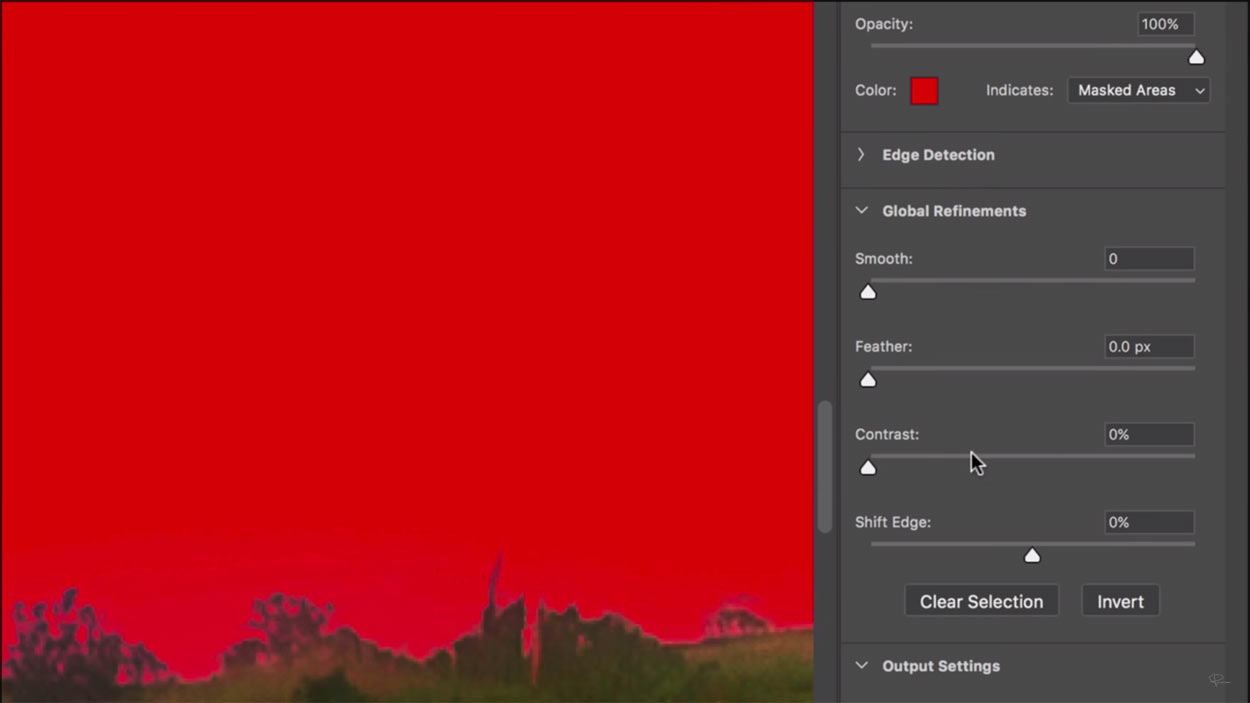 Once you've removed all the things you don't want in the shot, you can refine the edges of the mask to get a more precise selection.

Using the tools on the right side of the screen, adjust the contrast, feather, and edge of the mask as desired.

Before you move the sliders, zoom in so you can see how each control changes the edges of the mask.

Beware, though! The changes you make to contrast, feather, and edge should be subtle and not overdone.

When you're done, hit OK and you'll see that the original sky (and the undesirable elements) are now gone. 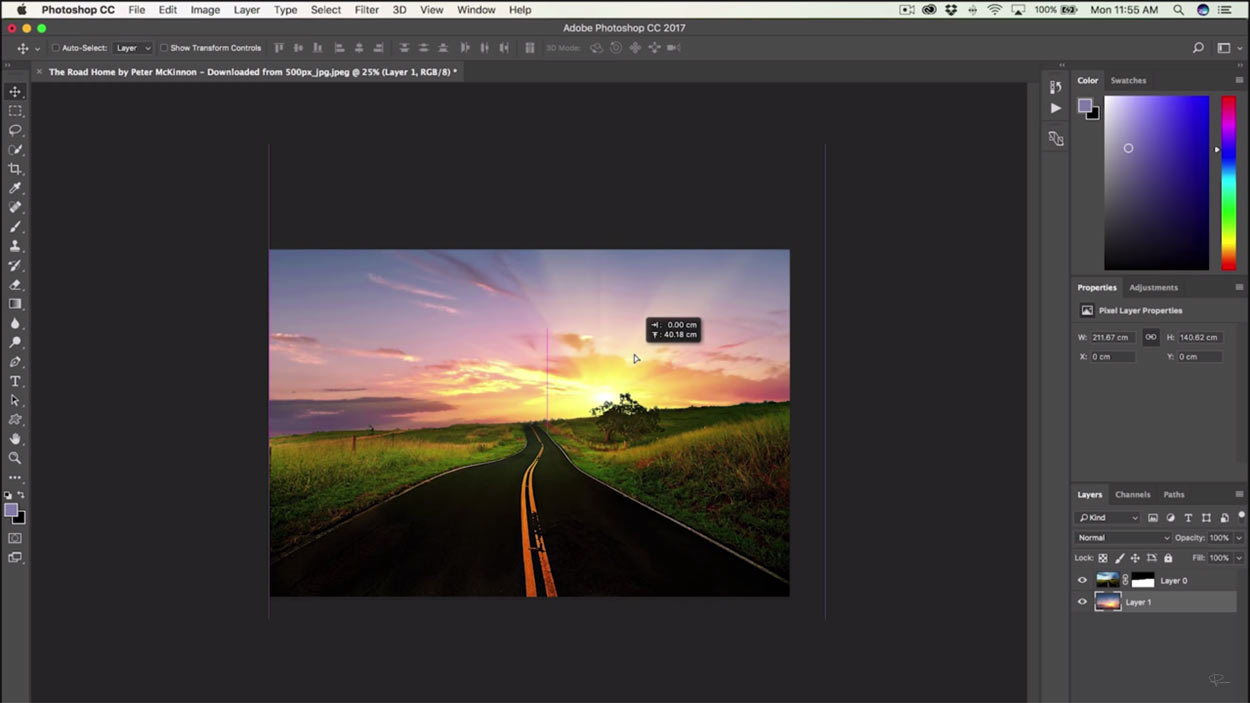 Snag another photo, this one with the nice sky.

Place it into the image file, being sure to drag it to the bottommost layer in the Layers Panel, that way the foreground of the original image isn't covered.

From there, it's a matter of moving the background image around such that the nice sky appears as a natural component of the original image.

If need be, adjust the new layer's tones, curves, levels, and so forth, such that it's a seamless addition to the original shot. 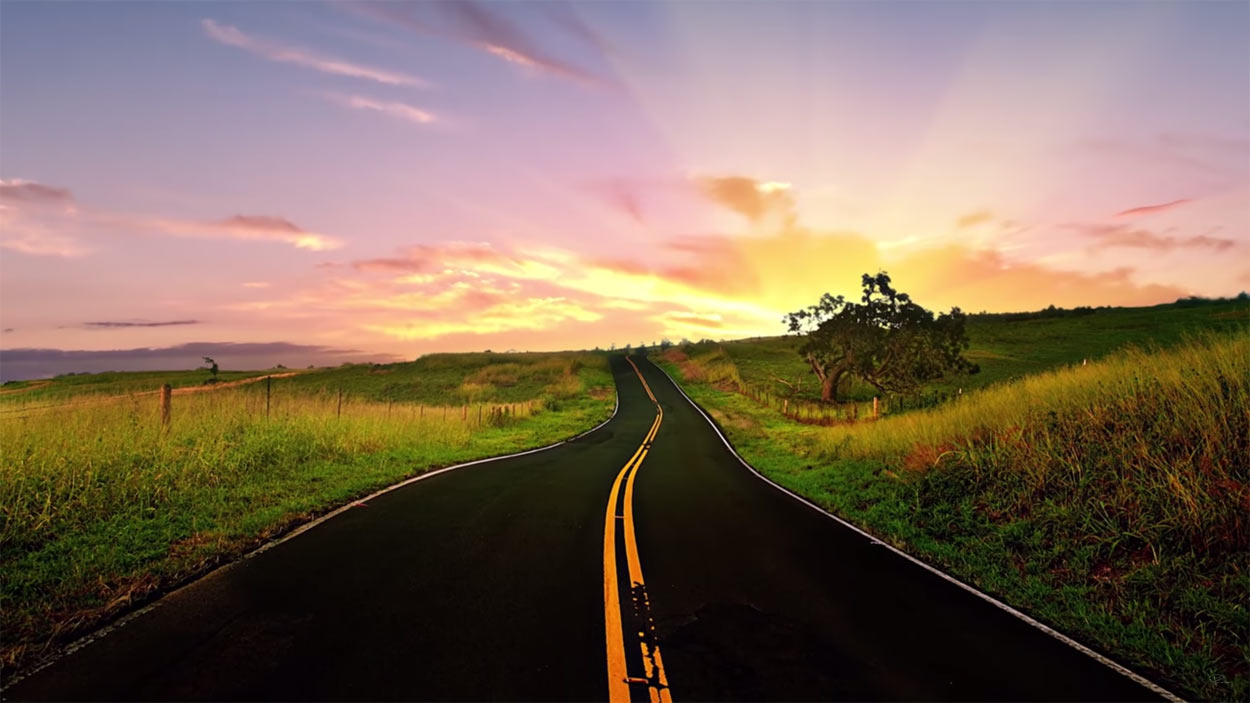 Who knew that in four simple steps that you could completely transform an okay shot into one that's totally eye-catching?!

The great thing about this trick is that it can also help overcome one of the most common problems in landscape photography - a foreground that's too dark and a sky that's too bright.

You can work around that problem in the field by using a graduated neutral density filter, but if you don't have one handy, you can easily rely on this method to fix the photo.

That's the magic of Photoshop, and it's pretty darn easy to use, right?