How to Replace the Sky in Your Photos Using Photoshop 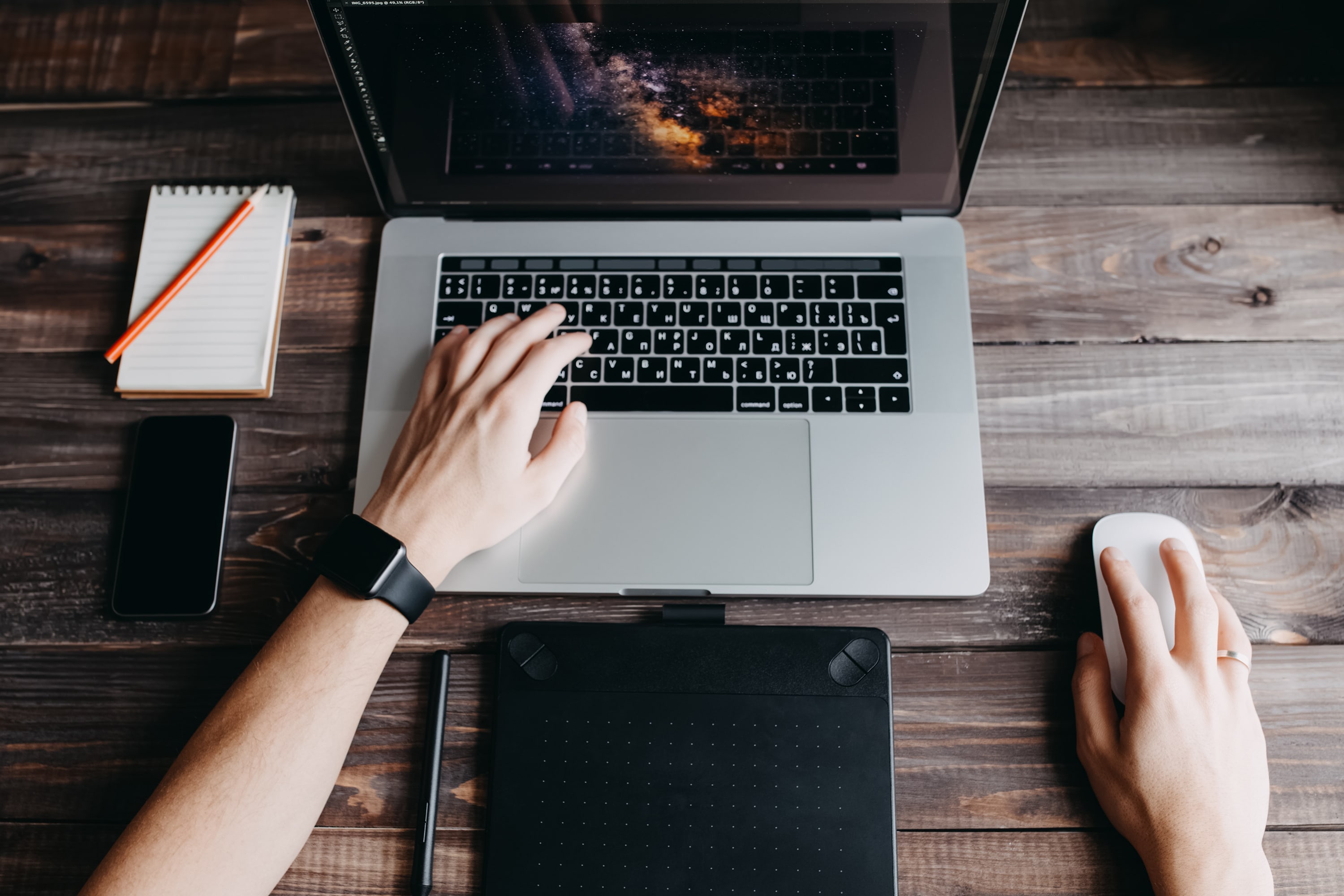 We've all been there before...

You spend countless hours planning and preparing for a day or weekend outside shooting beautiful photos of incredible scenery.

Then, when the time comes, you find that the day is overcast, the skies are dull, and your photos lack the visual punch they need to really jump out at people.

As big of a bummer as that is, there's a relatively easy way to turn things around by using Photoshop to change the sky.

In the video above, PSDesire gives us a step-by-step tutorial on how to replace the sky in Photoshop.

As you'll see in the video, the change is totally dramatic, with the original image taking on a whole new life with the manipulations done in post-processing.

Take a look at the video, and you'll be well on your way to having drop-dead gorgeous skies in your photos, even if they didn't originally have much interest in the sky to start.

Editor's Tip: Don't just head out to take landscape photos without prior planning. Instead, plan your ideal photography adventure. Learn why your next photography outing should be in the Pacific Northwest.

How to Replace the Sky in Photoshop - Things to Remember 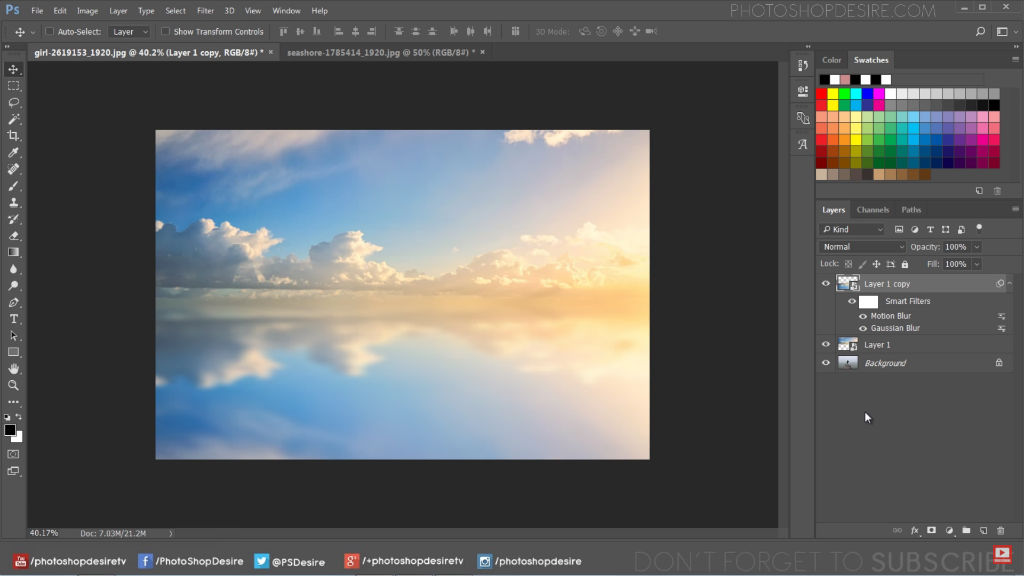 There are a number of considerations to make when you take on a project like replacing the sky in your photo.

First, you can't just grab any pretty sky image off the internet and use it in your composite photo.

Instead, if the photo isn't yours, be sure that you can use it, and if you aren't sure, either select a different photo, buy a stock image, or contact the photographer that took the photo.

Just because an image is on the internet doesn't mean that you can do with it as you please! 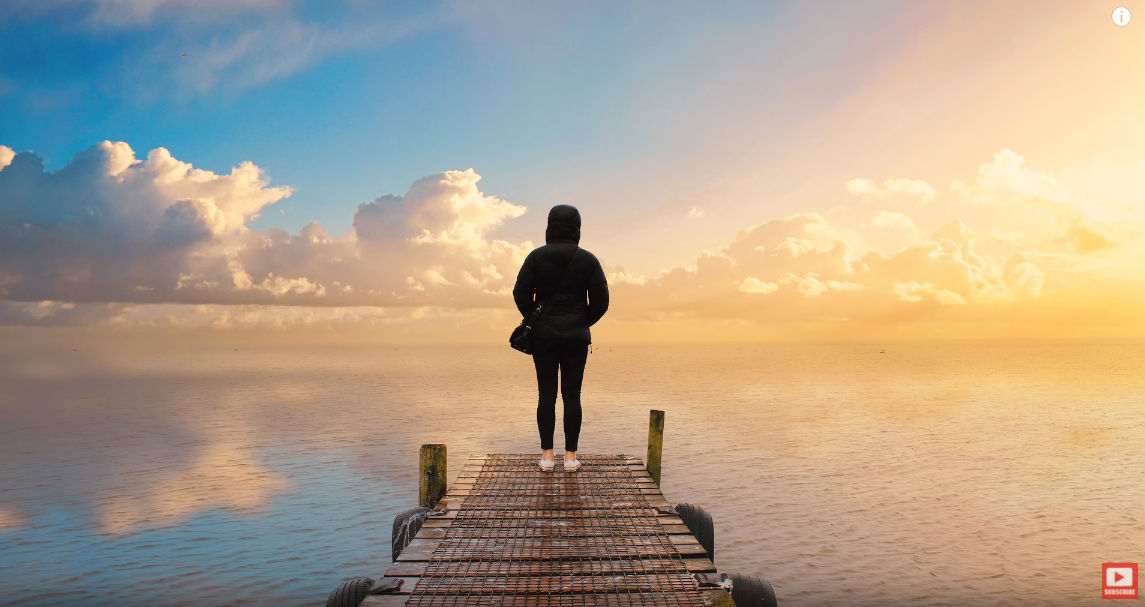 In the sample image used in the video, notice how the original image and the source image for the sky had a very similar horizon - both are very well defined.

In this case, having matching horizons is critical because it allows you to easily line up the original image and the source image.

But if, for example, your original image is of mountain peaks, you'll need to create a layer based on the shape of the peaks, and the place it on top of the layer that contains the new sky.

As shown in the video, the new sky is dragged from one document to the next in Photoshop. You can do the same thing if you've had to make selections and crop the original image by dragging the cropped version from one Photoshop window into the one that contains the desired sky. 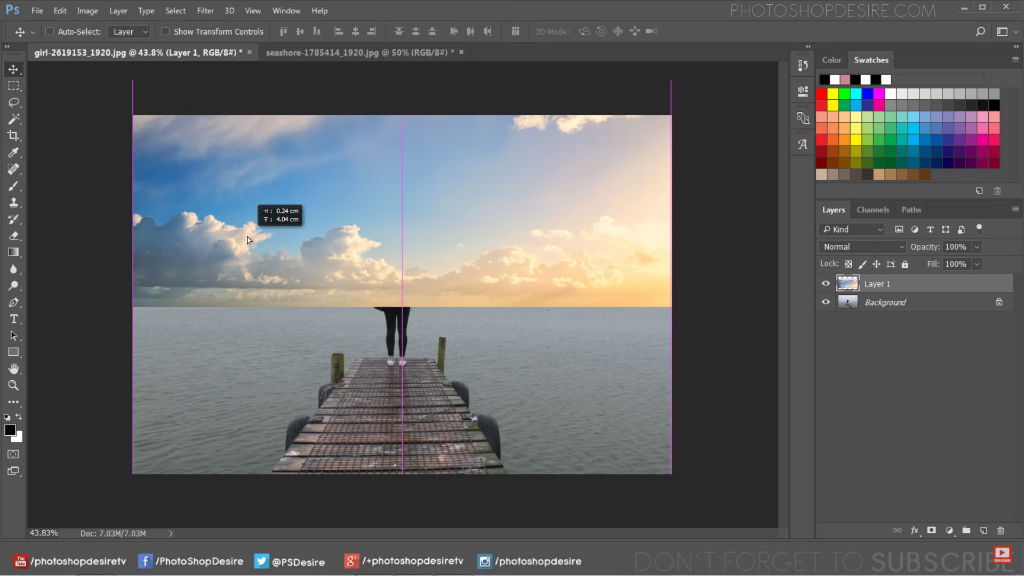 Lastly, though the steps to replace the sky in Photoshop are very clear and simple, it's still a process that takes time to master.

Your first few attempts might not be perfect, but just keep at it, and as time goes by, you'll find that your Photoshopping skills improve tremendously. 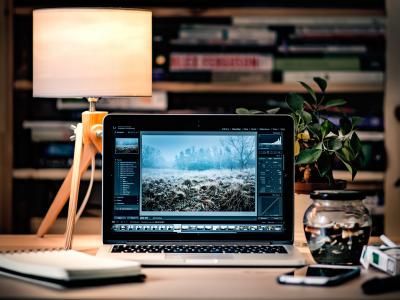 How to Easily Transform Your Photos in ... 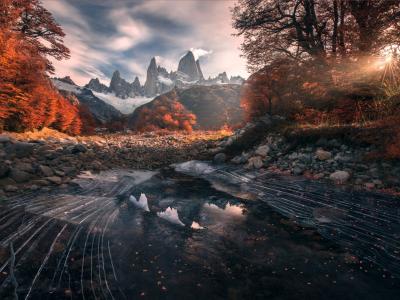 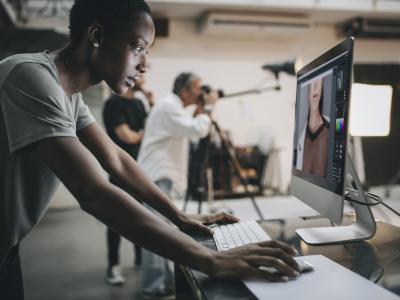 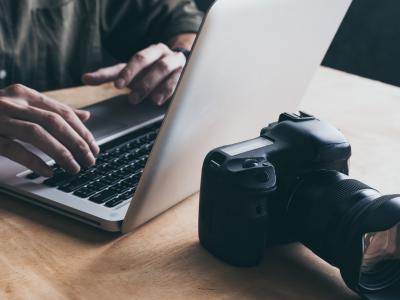 Photoshop Gradient Tool and How to Use It