American Pride: Man Gets Gored During Running of the Bulls Over a Selfie 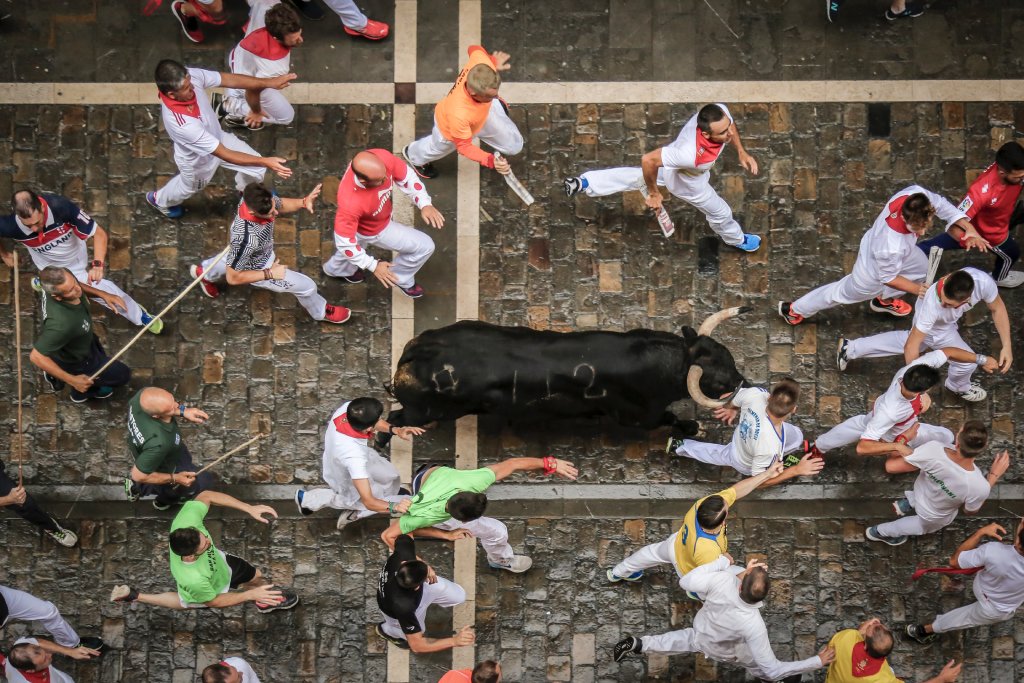 If there's one event that should get described as brutal, it's the running of the bulls in Pamplona, Spain. One American lawyer found out the hard way exactly how brutal the event gets.

The lawyer, 46-year-old Jaime Alvarez, was gored in the neck by a charging bull and survived in an accident doctors are calling, "beyond miraculous."

"The joy and the excitement of being in the bullring quickly turned into a scare, into real fear for my life," Alvarez said in an interview with the AP.

The horn pierced Alverez's neck and fractured his cheekbone, but miraculously didn't hit any major arteries.

Alvarez is catching a lot of heat from the media for the way in which he sustained his injuries because he had outrun the bulls when he decided to jump back into the arena to shoot a video to prove he was there.

This is when the bull charged him.

"The impact was unlike anything I've ever felt," he said. "It was like being hit by a car or a truck."

It's possible an onlooker saved Alvarez's life when he grabbed him and pushed through the hoards of people to reach paramedics.

Since the festivities began over 100 years ago, 16 people have died. Many, many more people have been injured. Thankfully, Alvarez encountered the latter.