Simple Tips for Vlogging: How to Create Better Content 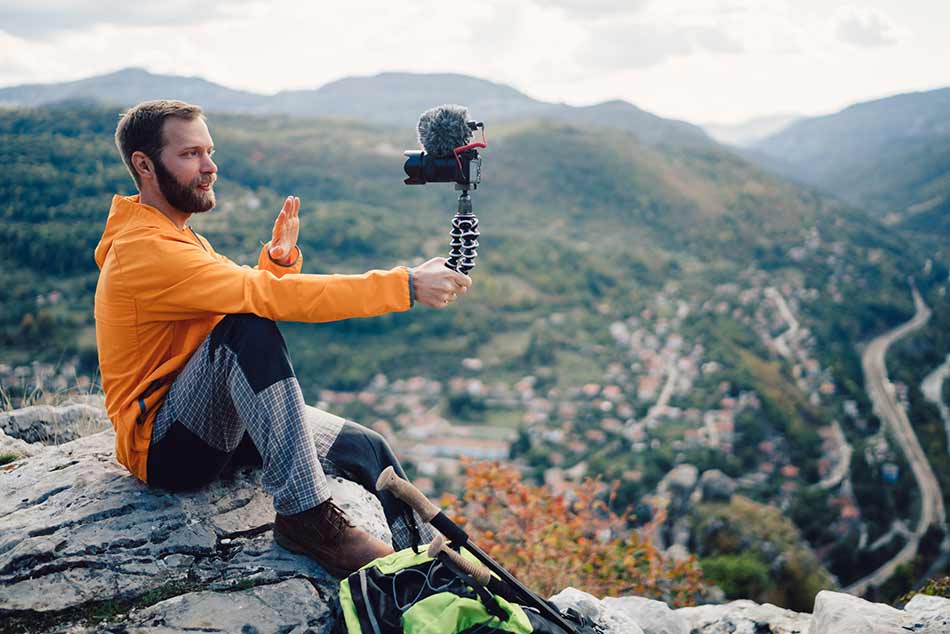 The old adage "practice makes perfect" applies to a lot of things, including vlogging.

But when so many people are doing so many things with vlogs, the competition for an audience is definitely stiff.

That means that rather than going the trial-and-error route, you should set yourself up for success by following some tried-and-true tips for vlogging.

Below, check out our quick list of some simple vlogging tips to help you get started on the right foot!

How to Vlog: Learn How to Edit Videos

Let's work backwards and start at the end-product.

The vlogs you post on YouTube or whatever platform you use need to be polished and engaging, and that means understanding how to edit your videos.

Editing isn't just slapping different video clips together and adding a transition between them.

You need to use the editing process to make your videos engaging and dynamic. This means adding an intro sequence, an outro sequence, interesting transitions, weaving in B-roll, and adding music and on-screen effects like titles, to name a few.

Not sure where to get started? Check out the video above by Chris Hau.

Tips for Vlogging: Get the Right Gear 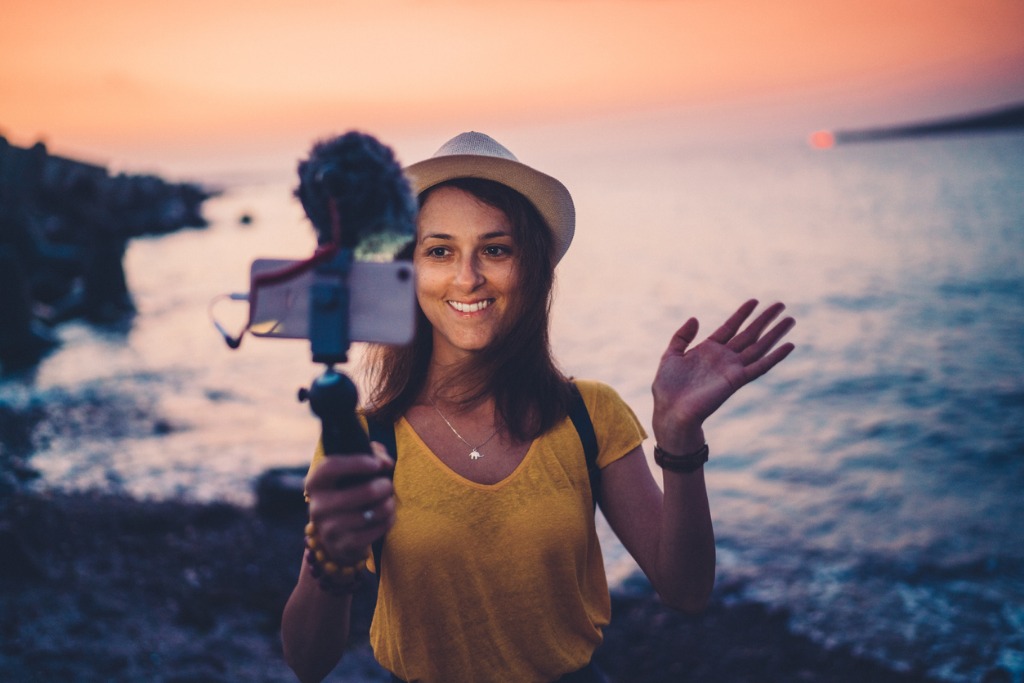 Getting geared up for making high-quality videos doesn't mean you need a $10,000 cinema camera and mic booms and all sorts of professional gear.

In fact, many vloggers use little more than their smartphone, a tripod, a light, and an external microphone to create really compelling videos.

If there's one piece of gear advice I bestow on you, though, it's this - get a gimbal.

You've probably seen your fair share of videos where the person in the video is sitting at home or standing outside or otherwise not moving around.

And while there is certainly value in these kinds of setups, your video will have an added layer of interest if you get mobile, and a gimbal will help you do just that. 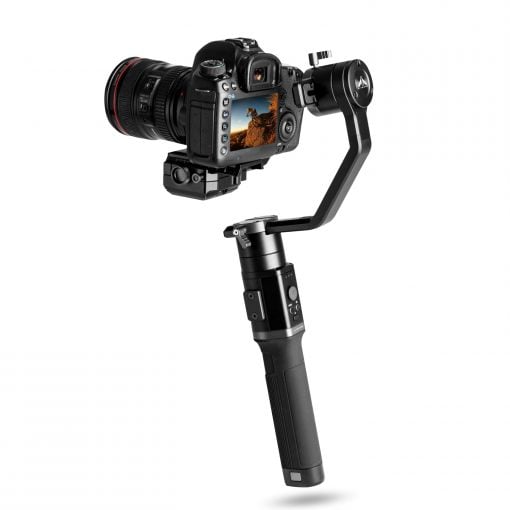 Gimbals are much more than a handheld stabilizer for your camera, too.

For example, the E-Image Horizon One gimbal shown above gives you full 360-degree movements on all three axes.

With advanced steady computing systems, it offers ultra-precise stabilization so you get super smooth footage that your viewers will appreciate.

You can record for 12 hours on the included batteries, so there's no lack of potential for getting incredible footage either!

Add to that a maximum payload of eight pounds and an accompanying smartphone app that allows you to modify the gimbal's settings to your precise specifications, and you have a rig that can greatly expand the creative possibilities for your videos.

See the Horizon One gimbal in action in the video above by Ikan International. 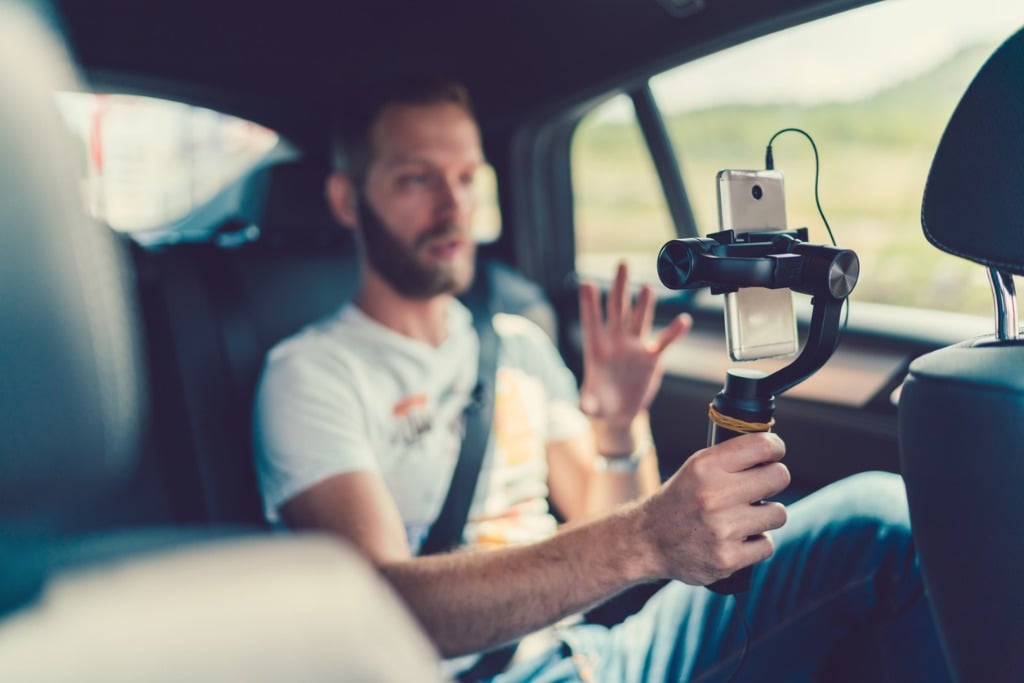 Don't just talk at the camera in your vlogs. Instead, come up with a story that will engage viewers and compel them to watch your video from start to finish.

Creating a storyboard with a narrative for the video is a great way to come up with something of interest for your viewers.

The narrative should have three components: the setup, the conflict, and the resolution.

When setting up a video, explain to the viewers what the video is about - what's going on, who's there, what will you be doing, and so forth. 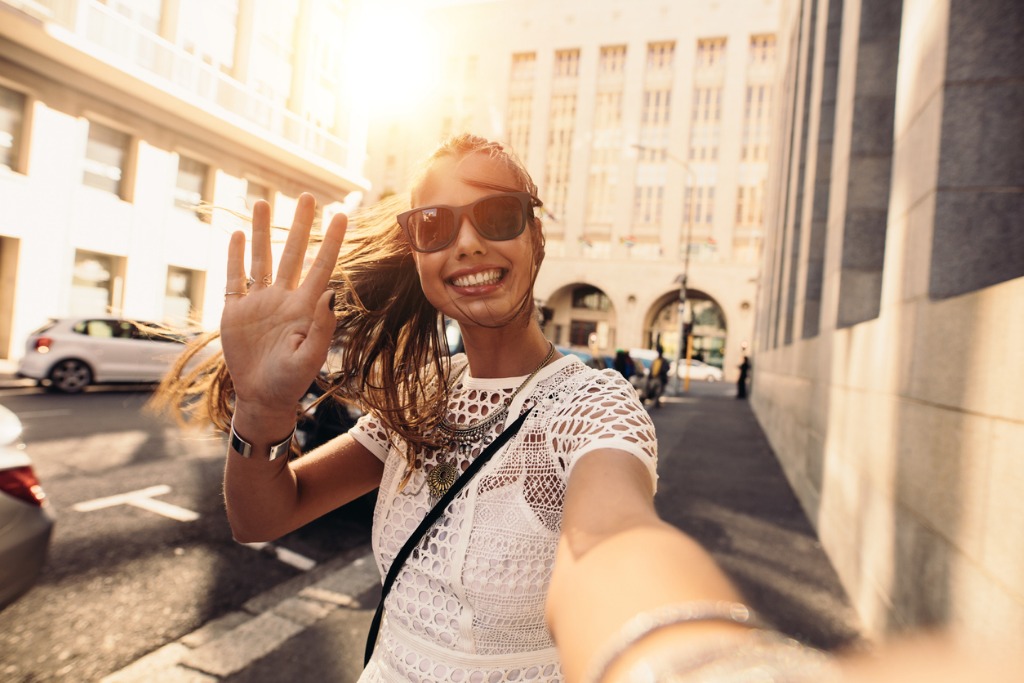 Photo by jacoblund via iStock

The conflict you present is any simple problem that you'll be addressing, whether it's a "how-to" vlog that teaches people how to do something, you talking about an important issue in the world today, or something in between.

Lastly, you want to bring resolution to the problem. Present ideas, solutions, and so forth. Explain to viewers how you've addressed the issue and what happened as a result.

Granted, each video you make isn't going to be about some earth-shattering problem that you've solved, but this notion of creating a narrative for viewers to follow is a great tool to use to create videos that keep people watching. That's just what you want!

How to Create a Good Vlog: Be Consistent

If your videos have consistency from one video to the next, you'll have a much greater chance of building a solid following with your vlogs.

That consistency needs to appear on multiple levels:

Along with that, aim to have a theme for your vlogs. That is, don't upload a vlog and title it "Vlog Day 1," as this tells the audience absolutely nothing about the content of the video.

Likewise, create interesting thumbnails that go along with your theme, again, in the hopes that it will engage viewers and compel them to click on the video to watch it.

Putting  in that extra effort to be consistent and have a theme will help you take your vlogging to another level!

Get more tips about how to vlog in the video above by famous vlogger Casey Neistat.