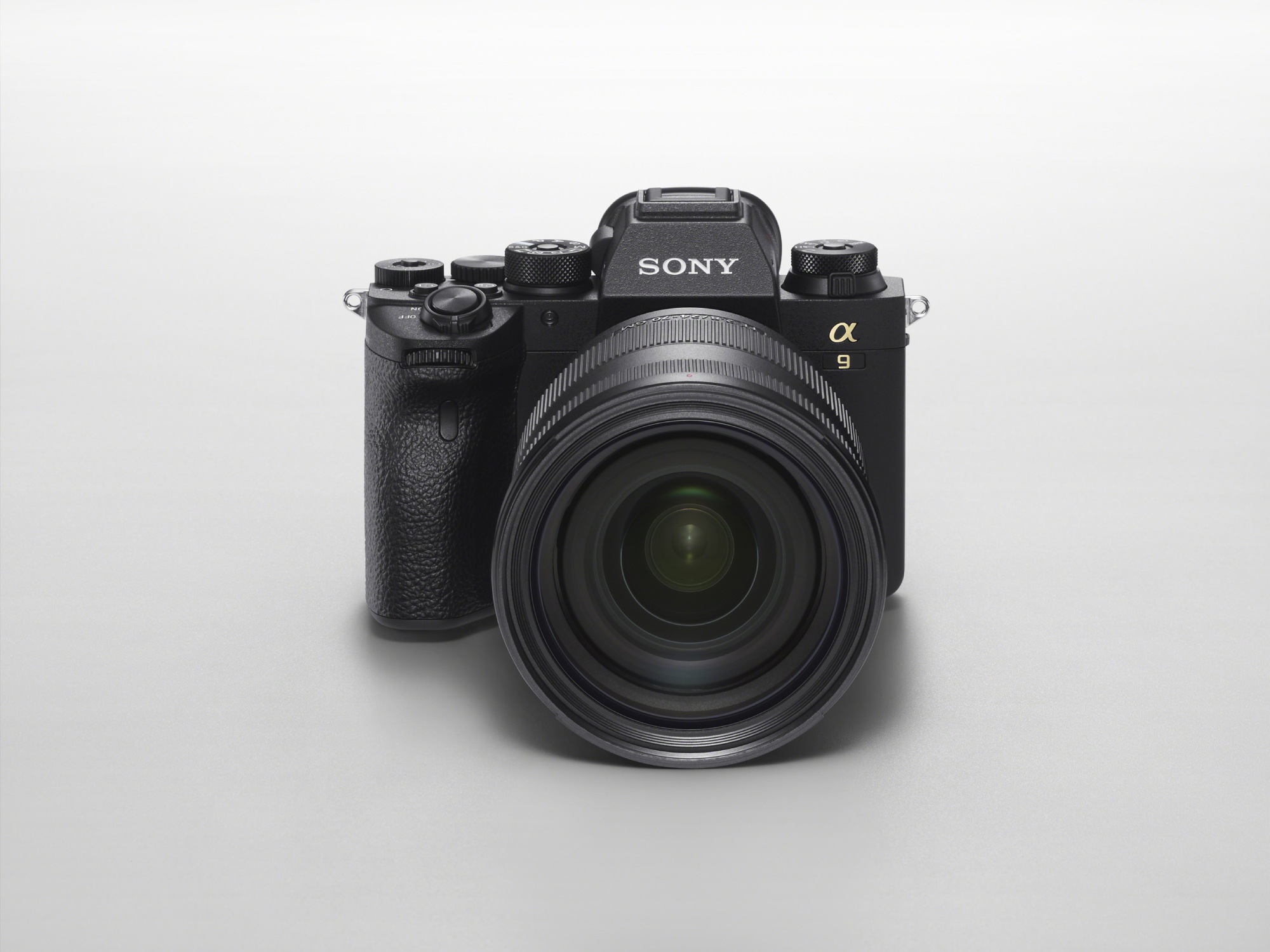 The Sony a9 was a game-changer in the world of photography. With a staggering burst mode of 20 frames per second, this camera pushed the limits of action photography and became one of the most popular mirrorless cameras in its class.

After just two years since it was released, Sony has introduced its successor – the Sony a9 II.

The original a9 already has hard-to-beat features aimed at professional sports photographers and photo-journalists, so the Sony a9 II doesn’t bring any revolutionary changes. However, it comes with subtle over its predecessor including better ergonomics, enhanced connectivity, and better autofocus.

“The voice of our customers is absolutely critical to Sony – we are always listening,” said Neal Manowitz, deputy president for Imaging Products and Solutions Americas at Sony Electronics upon the release of the Sony a9 II. This means that the company took into consideration the needs of action photographers, kept what was good in the original a9, and improved what was lacking.

Get a quick overview of the differences between the a9 and the a9 II in our video above. Below, we will cover all the important features of the Sony a9 II and compare the camera with its predecessor in a bit more detail. 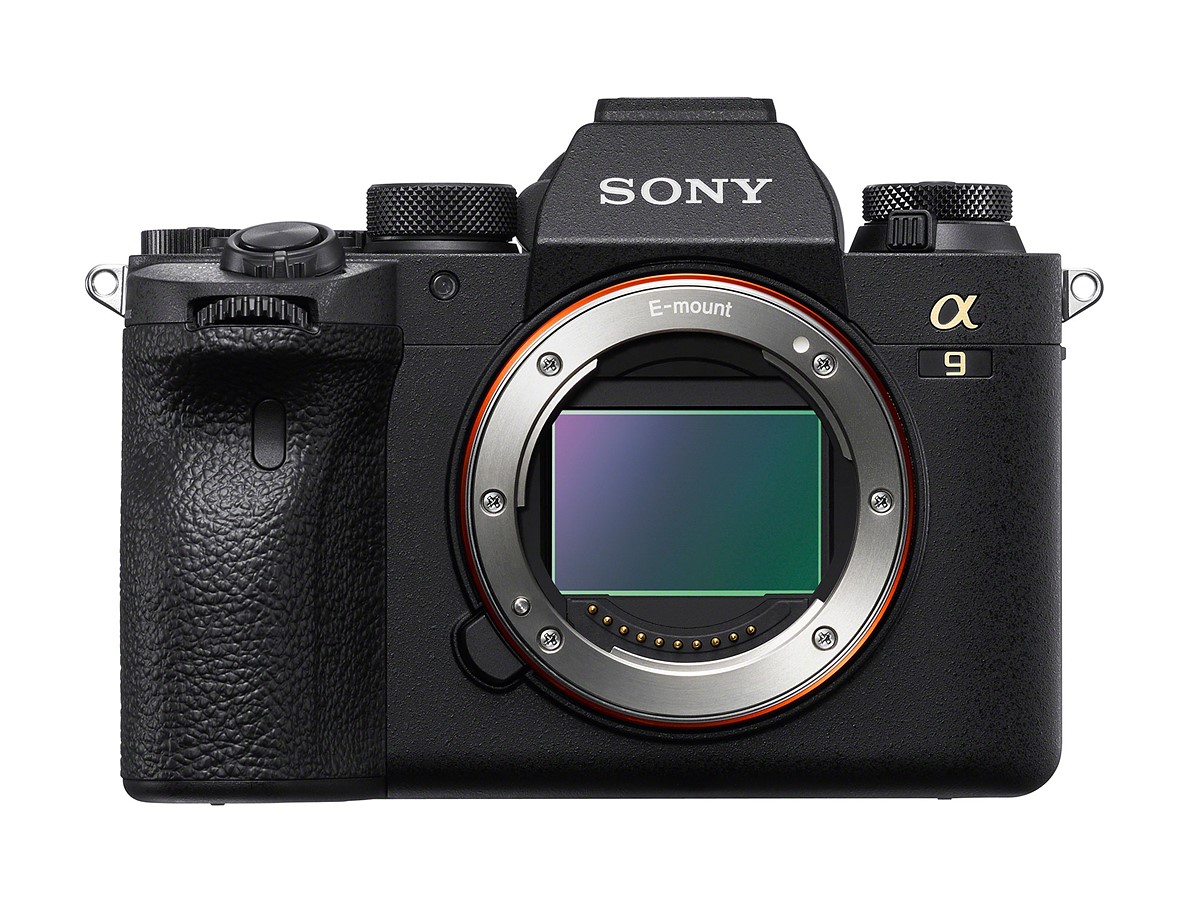 The Sony a9 II features the same 24 MP stacked full-frame sensor as the original a9, but it sports an updated Bionz X image processor which makes the camera even faster than the previous model.

Like its predecessor, the camera offers high-speed continuous silent shooting at up to 20 fps with full AF/AE tracking and without viewfinder blackout, but its autofocus system is now much quicker and more precise.

Overall, the a9 II carries important software tweaks that will improve the image quality and operability. For example, although the camera has the same native sensitivity range as the original a9 (ISO 100 to 51200/ extendable up to 204800), its image-processing algorithm has been improved in order to reduce noise in the medium-to-high sensitivity range.

Also, it has slightly improved image stabilization system which will reduce the effects of unintended shakes with more accuracy.

Like its predecessor, the Sony a9 II does an amazing job in photographing moving targets because it allows you to shoot 20 frames per second (361 JPEG images or 239 RAW files) at extreme shutter speeds like 1/32,000.

What is new is that the mechanical shutter is now doubled in speed (10 fps) which is very useful if you need to use flash for night or indoors photography. Also, the camera has a new anti-flicker system that detects fluorescent and artificial lighting in order to suppress color anomalies at high shutter speeds. 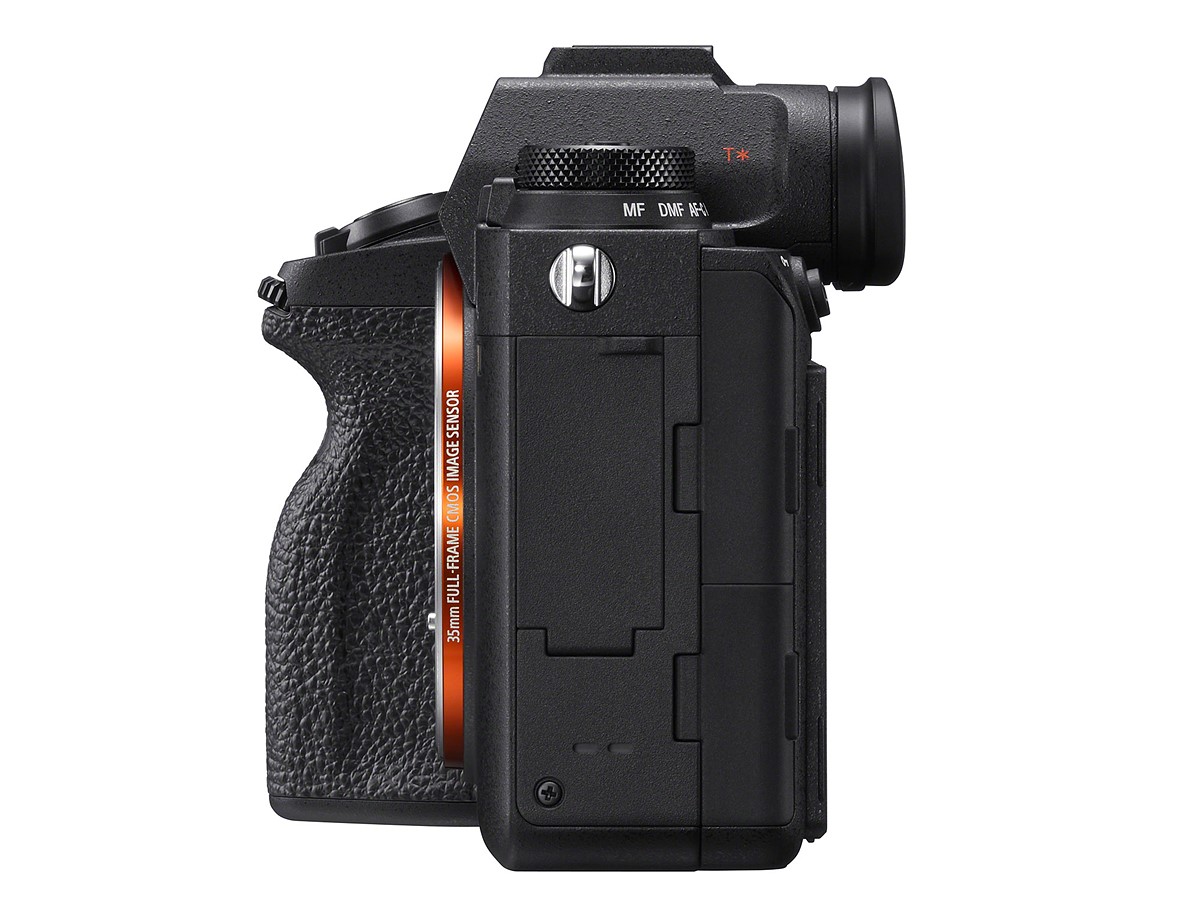 The Sony a9 II also comes with significant upgrades in terms of connectivity, and it offers a wide range of useful features for photo-journalists.

For example, the camera has a built-in 1000BASE-T Ethernet terminal, encrypted file transfer via SSL or TLS, USB Type-C™, 5 GHz Wi-Fi, and Bluetooth. All of this allows you to remotely operate the camera as well as to easily share gigabytes of image/video data as quickly as possible.

The a9 II also has the new Voice Memo function which can store audio descriptions for each photo and other cool options that will make working with tons of image data a lot easier.

Learn more about the Sony a9 II capabilities in the video above by Sony | Camera Channel. 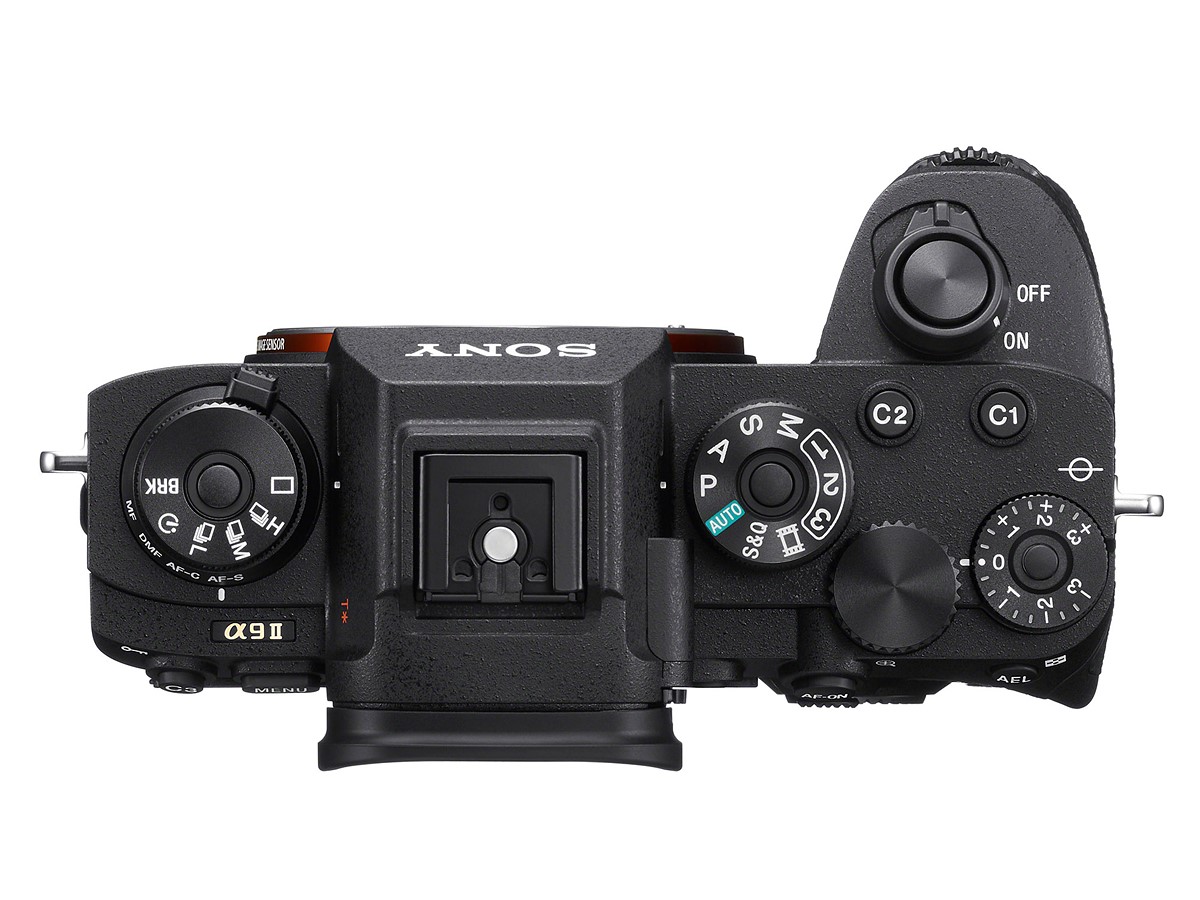 The majority of complaints about the Sony a9 were related to its design and usability. This is why the Sony a9 II comes with a larger grip, better weather-sealing around ports and doors, an anti-shock shutter, a bit larger buttons, and other minor changes in the design.

Also, it has an improved menu interface that will make using the camera and arranging its custom keys easier.

The new grip makes improves handling of the camera with telephoto lens, but you should also consider buying an optional Sony VG-C4EM Vertical Grip in order to improve ergonomics and double the camera’s battery life.

The Sony a9 II uses NP-FZ100 battery and, on a full charge, it can capture up to 650 shots depending on whether you use an LCD screen or an EVF (electronic viewfinder). 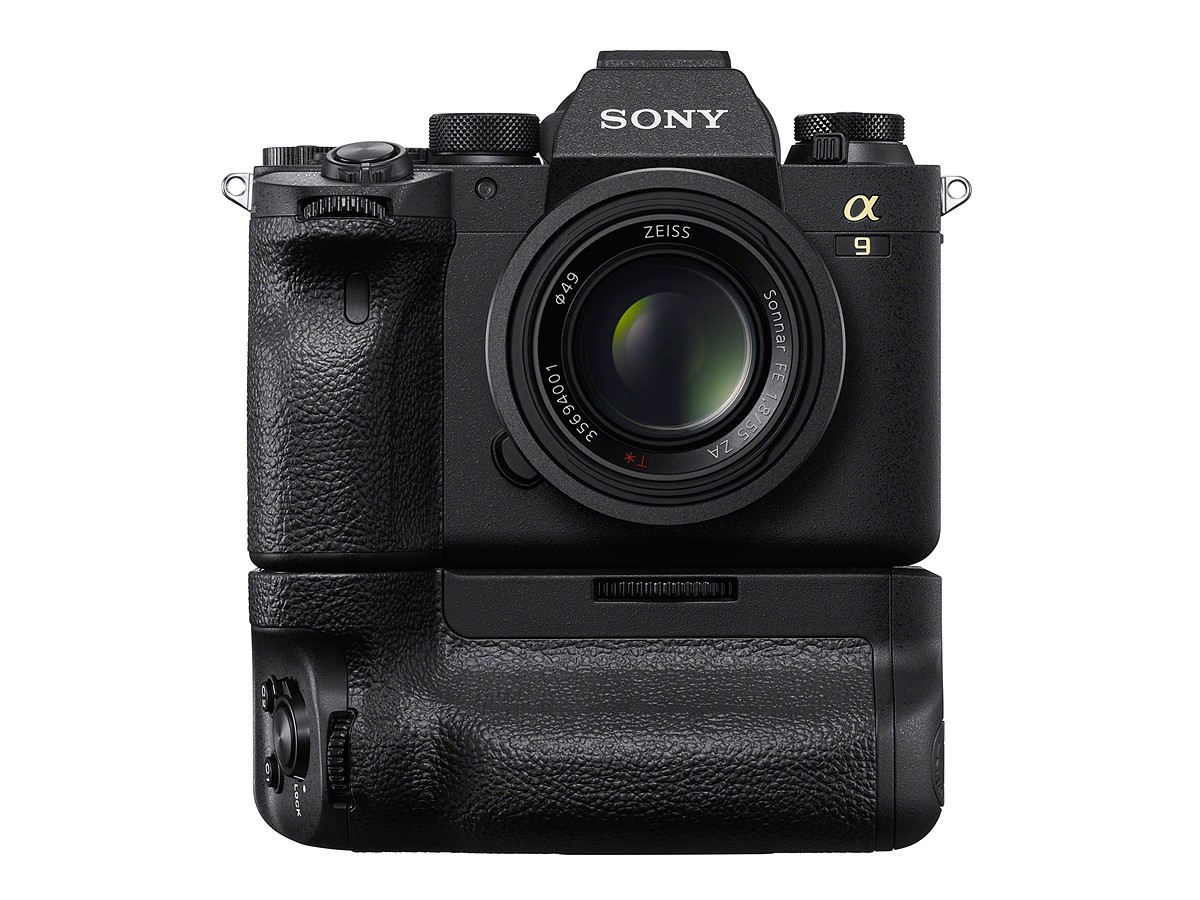 As it was the case with its predecessor, the Sony a9 II features a tilting LCD touchscreen (1.44 million dots) and an electronic viewfinder (3.69 million dots) with 0.78x magnification and 120Hfps refresh rate.

The camera also has two SD card slots, and both of them are UHS-II compatible. Finally, it uses the E-mount system, and there are around 55 native lenses for this camera. 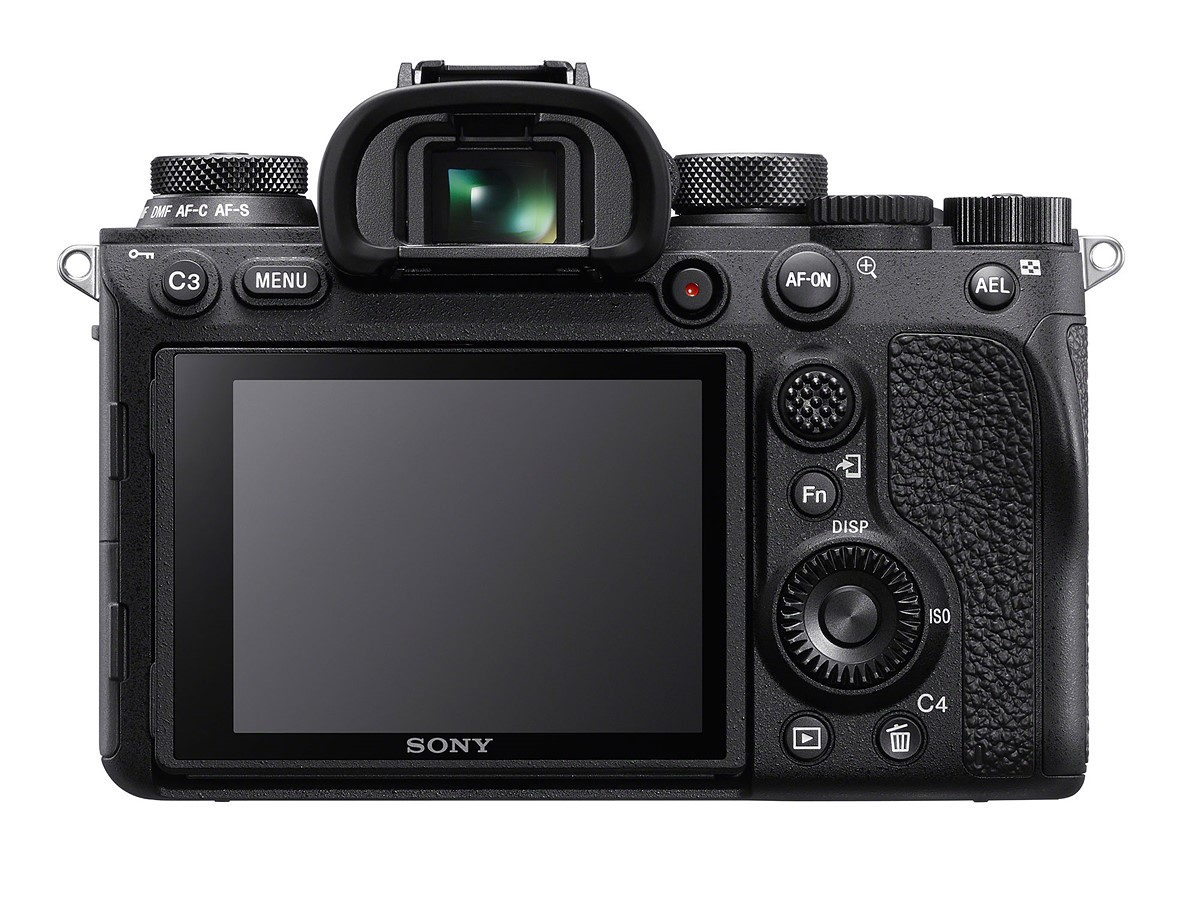 The Sony a9 II shoots 4K videos with full sensor readout (downsampled from 6K), but, as it was the case with the original a9, it only offers an 8-bit resolution. Moreover, the camera doesn’t have S-Log2 and S-Log3 options that could be useful for certain projects.

On the good side, the a9 II offers an improved Real-time Eye AF which will track the subject’s eyes, and Touch Tracking that will automatically focus and track the subject touched on the LCD display.

Also, its tiltable display is convenient for vlogs or shooting from weird angles, while the camera also has Multi Interface Shoe (MI Shoe) where you can attach audio recording equipment. 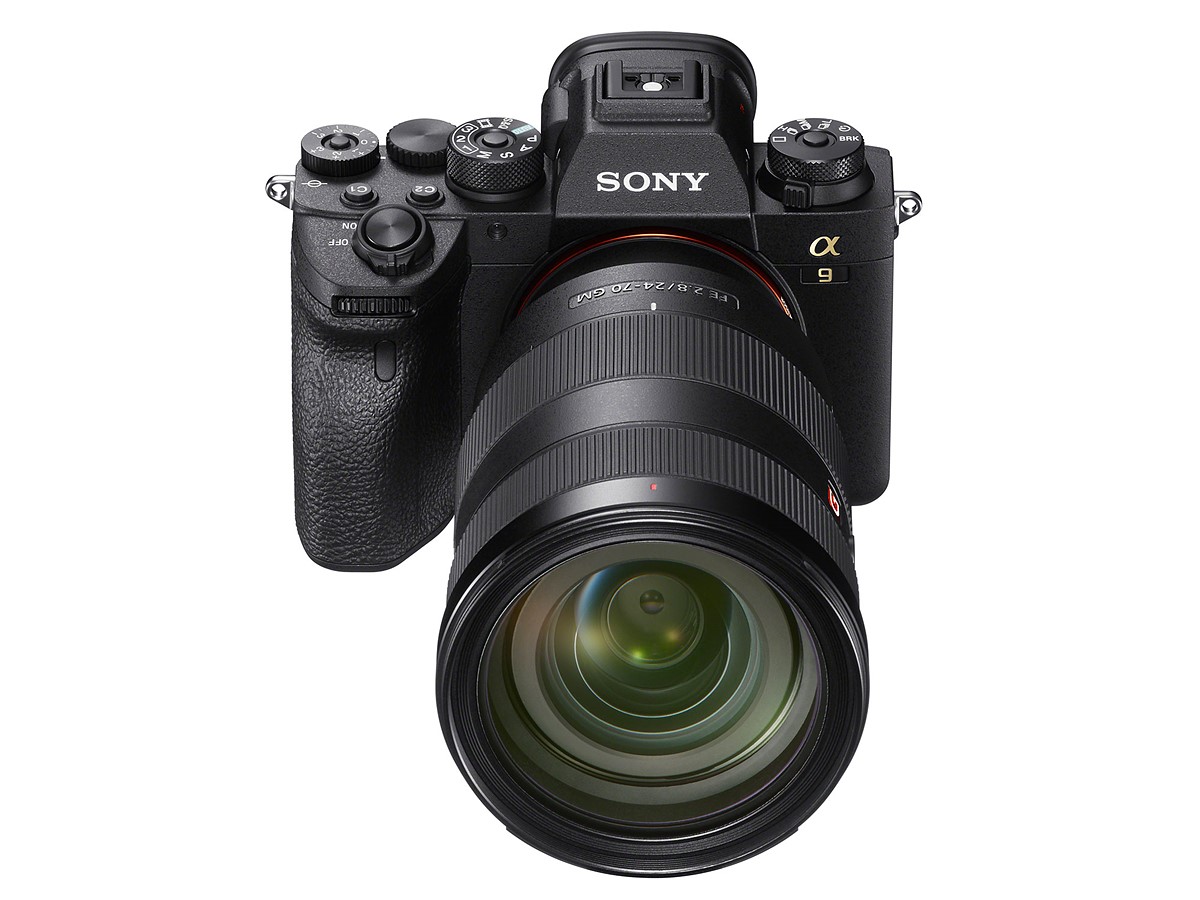 For a camera that specializes in shooting rapidly moving subjects, a capable autofocus system is a must. Although the Sony a9 already had an impressive autofocus system, the Sony a9 II comes with an updated processor and newly optimized algorithms that substantially improved the autofocus speed and precision.

The Sony a9 II has 693 phase-detection and 425 contrast-detection AF points covering 93% of the frame, while it offers Auto Focus and Auto Exposure tracking at 60 calculations per second.

The camera uses Fast Hybrid AF that can keep track of the subjects even in low-light conditions (down to EV-3), while its AI-based algorithms recognize different faces, eyes, colors, patterns, and distances in order to keep the focus where it needs to be. 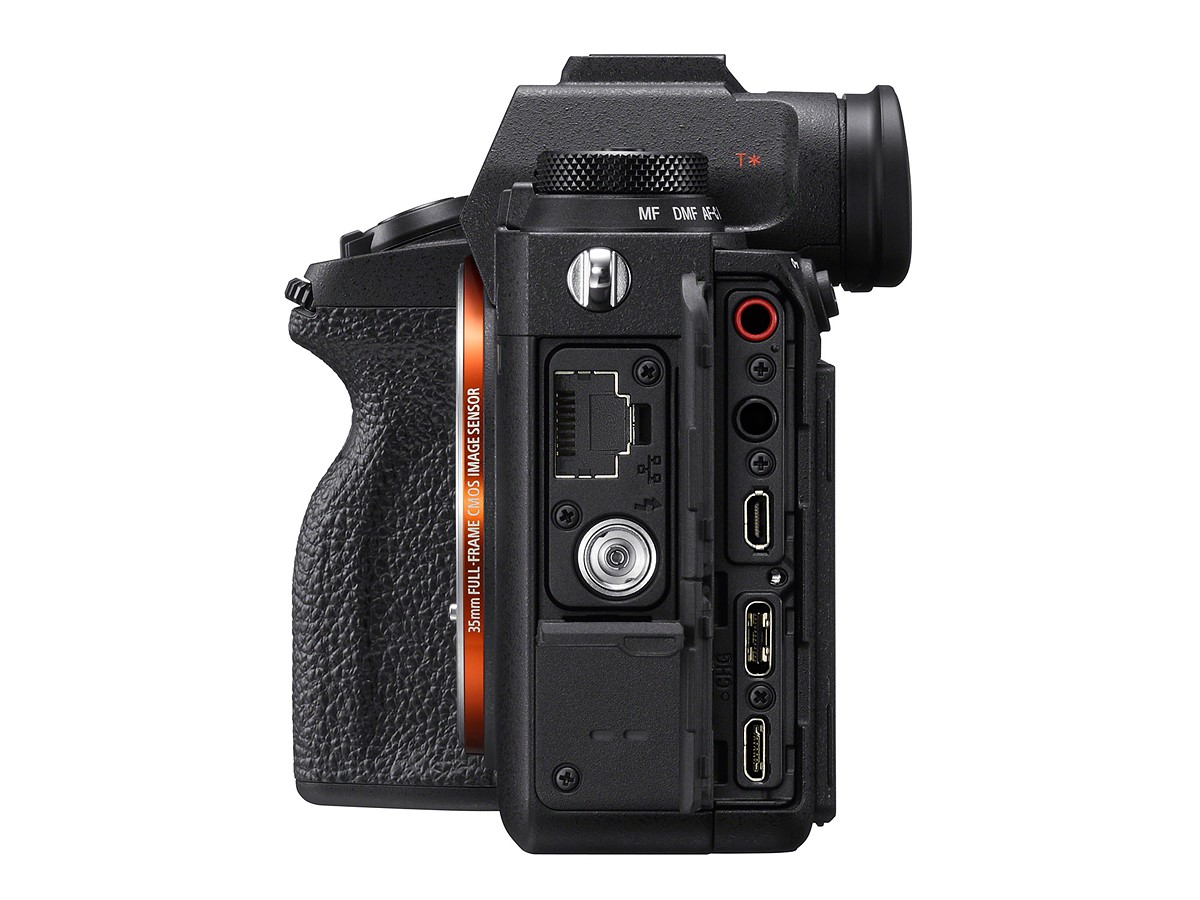 The Sony a9 II will be available in November 2019 and it will cost around $4,500. Although this is a relatively high price, this camera can make a day easier for most of the photo-journalists, sports and wedding photographers.