The Best Telescopes to Take You Into 2020 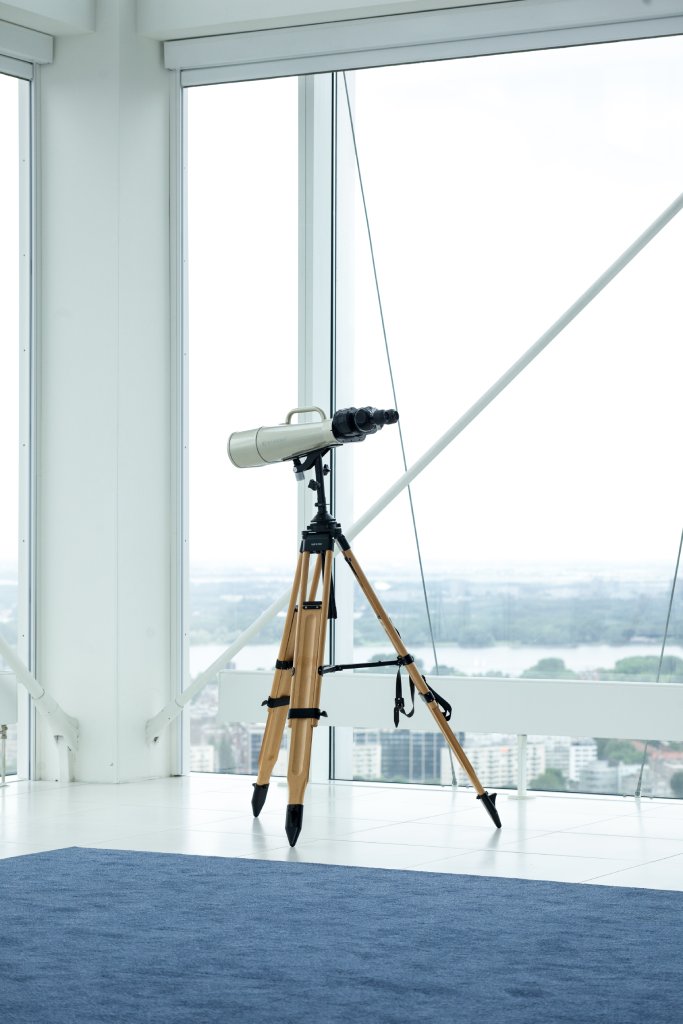 One of my fondest memories was being woken up by my father in the middle of the night as a kid and being immediately dragged into our backyard where he had set up a telescope. I didn't know it, but there was a meteor shower and he had spent an enormous amount of money buying me a telescope for just this occasion.

A lot has changed since then, but human curiosity still gets the best of us all. Space represents the unknown. It holds so much comfort and so many questions, no wonder we all want to watch it unfold.

Thankfully, a lot truly has changed since I was a child and telescopes are now in the price range of more people. But, if you're planning on forming lifelong memories with your kiddos, you want to know which is the best telescope to do so with.

I've read plenty of telescope reviews recently, and I think I have a pretty good idea about the best telescope for every budget.

Best Home Telescope on a Budget 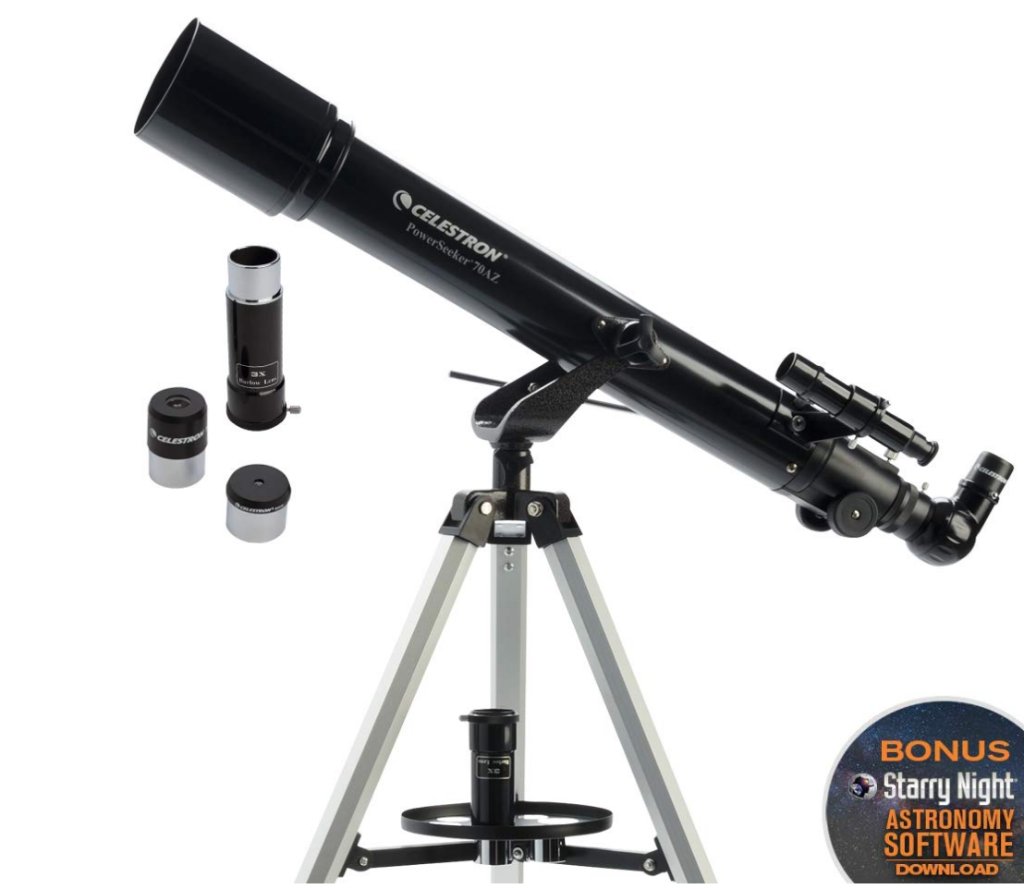 The Celestron PowerSeeker 70AZ is the exact reason you shouldn't listen to half of the telescope reviews out there.

The PowerSeeker sells for just $75 on Amazon, but it is surprisingly powerful and technologically advanced.

My favorite part of Celestron's PowerSeeker is that you can purchase a smartphone adapter so you can take photos through your telescope easily and cheaply. 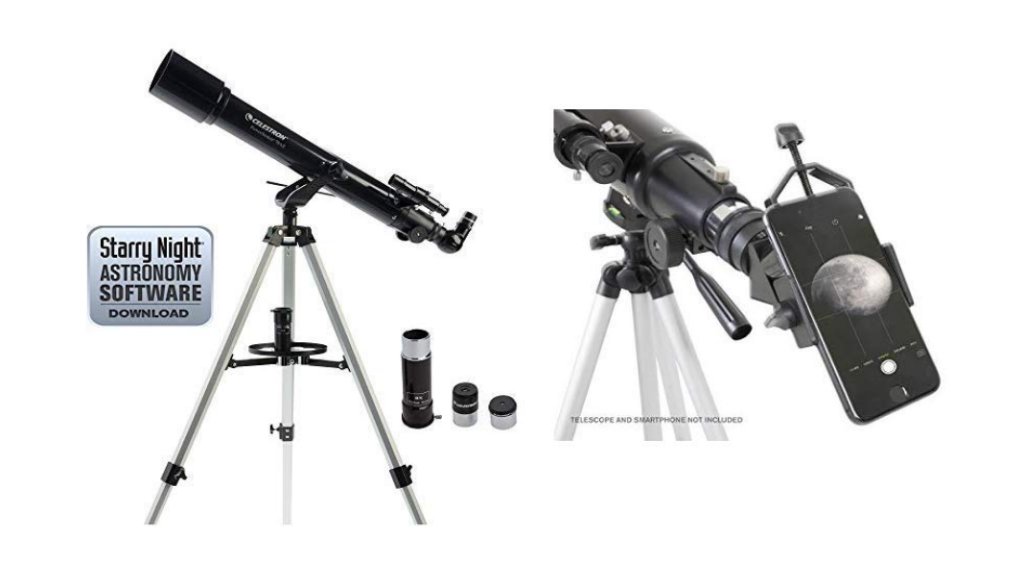 I know I would have given just about anything to be able to do that when I was a child, and since this telescope is priced right around a lot of telescopes marketed for kids, your kid now can. 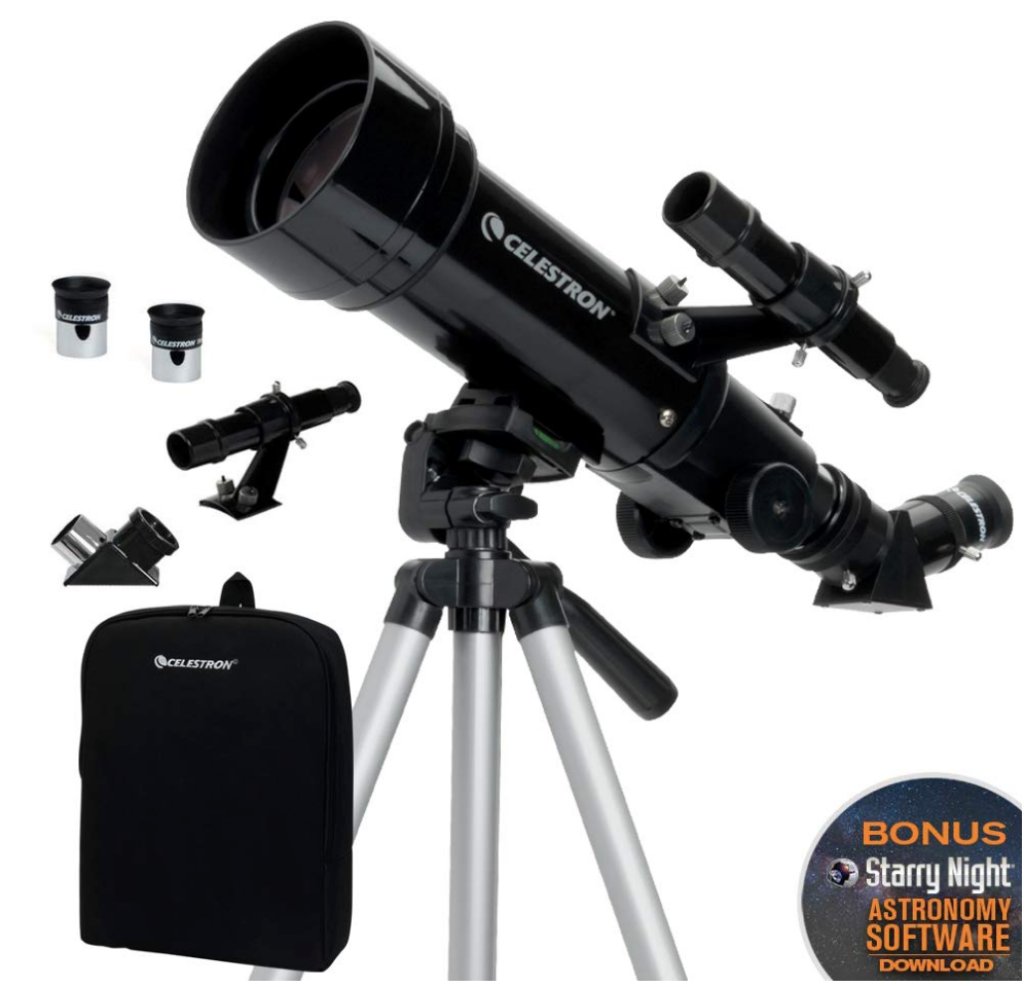 The Celestron 21035 70mm Travel Telescope is not only cheap, but it easily packs up into a small backpack, which means romantic stargazing trips or adventurous explorations on the salt flats in Bolivia are now at your fingertips.

This isn't the best telescope in terms of power, but it is one of the top rated telescopes for travel because it comes with a backpack, a tripod, and weighs as much as a half-gallon of milk.

It also comes with software to help you learn more about your telescope and the night sky. 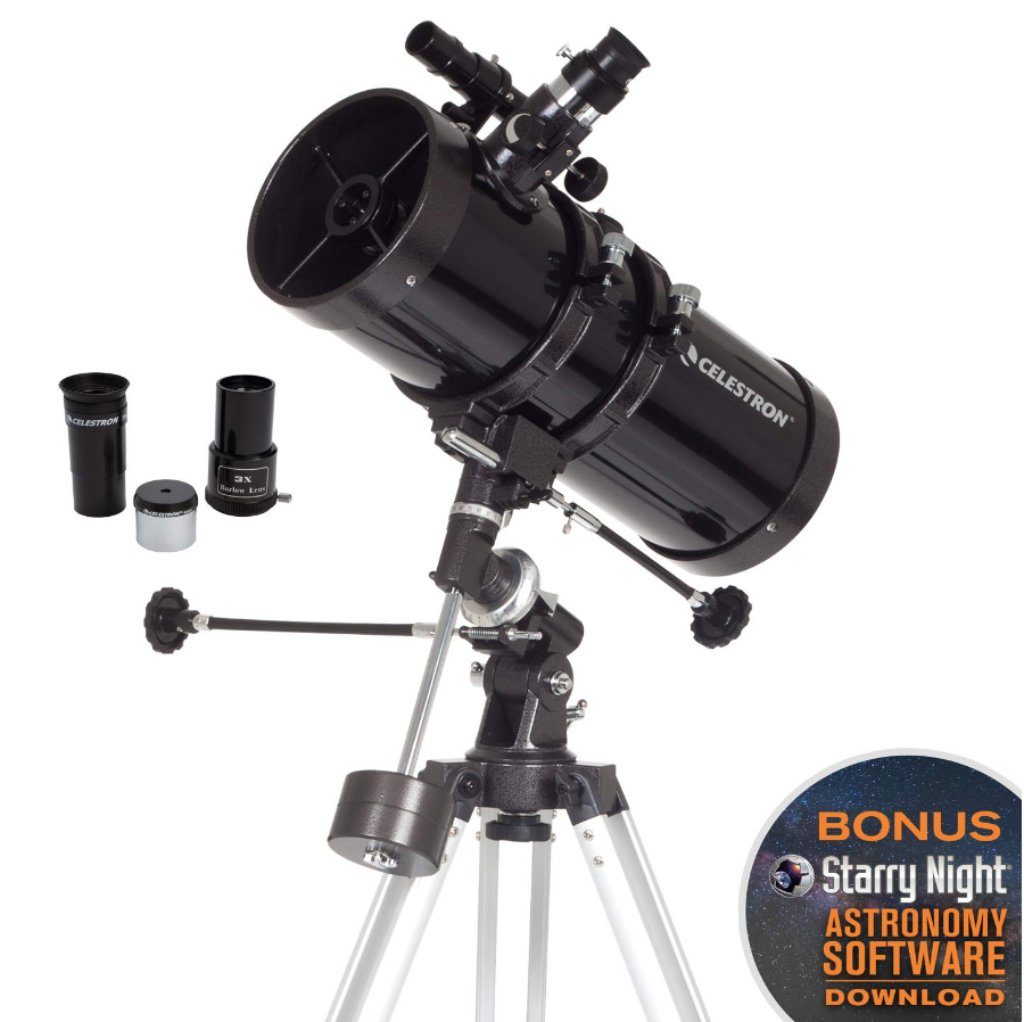 The Celestron 127 EQ PowerSeeker isn't the most powerful telescope on our list, but it doesn't require any tools for set up, it's cheap, and it's a great telescope for kids.

It's also a good beginner telescope because it allows you to magnify the stars and planets at up to 300x, so you won't be outgrowing it as a beginner for at least a few years. 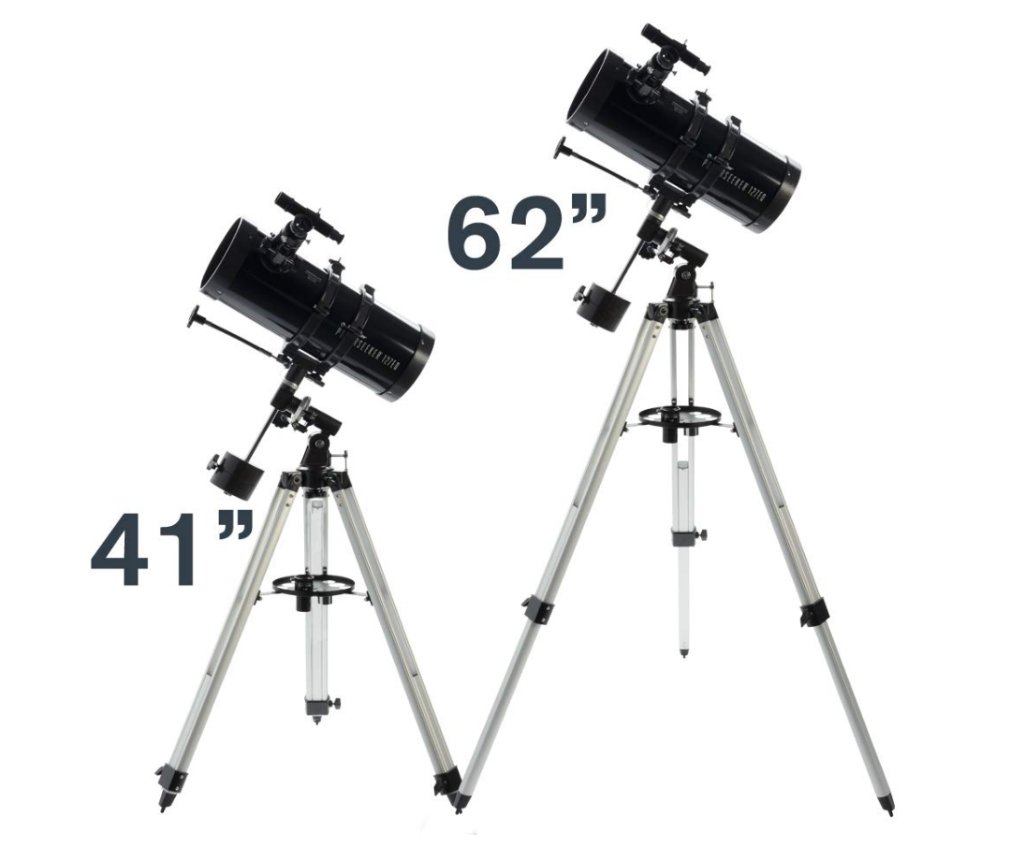 The Celestron 127 EQ PowerSeeke normally sells for $170 on Amazon, but it's on sale this week for Black Friday for $120. 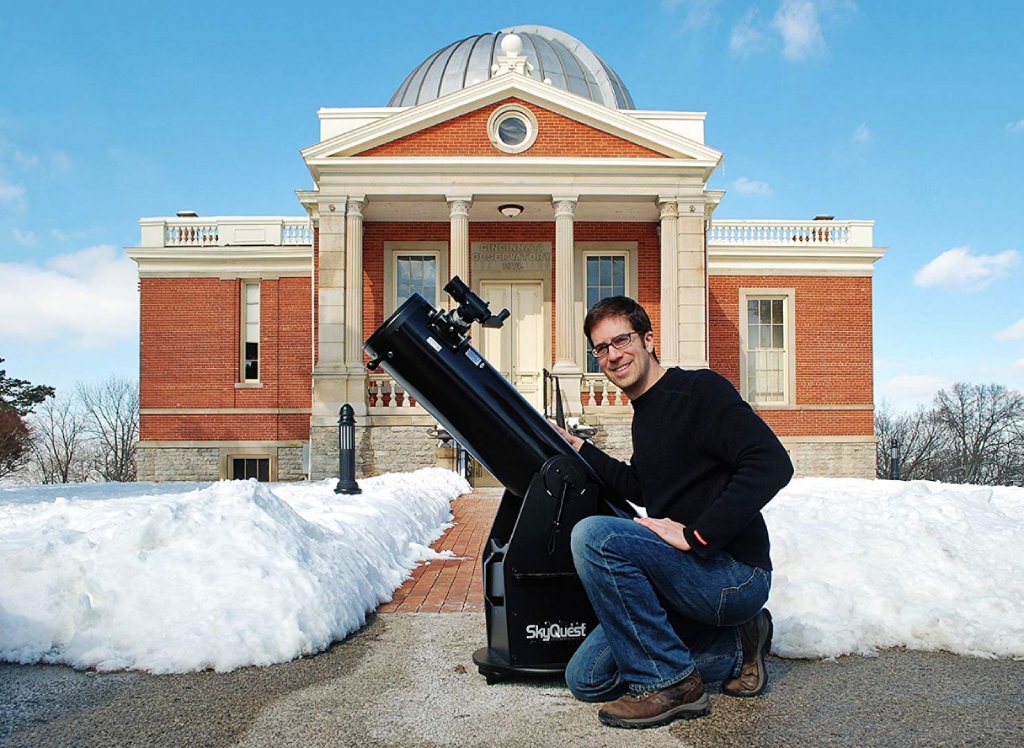 If you're serious about the telescope game, then you can't go wrong with any Orion products, but the SkyQuest line of telescopes is even more impressive.

This telescope is the closest you will come to a professional telescope outside of a lab. However, this impressive quality comes with some bulk because this telescope weighs over 40 pounds when assembled. 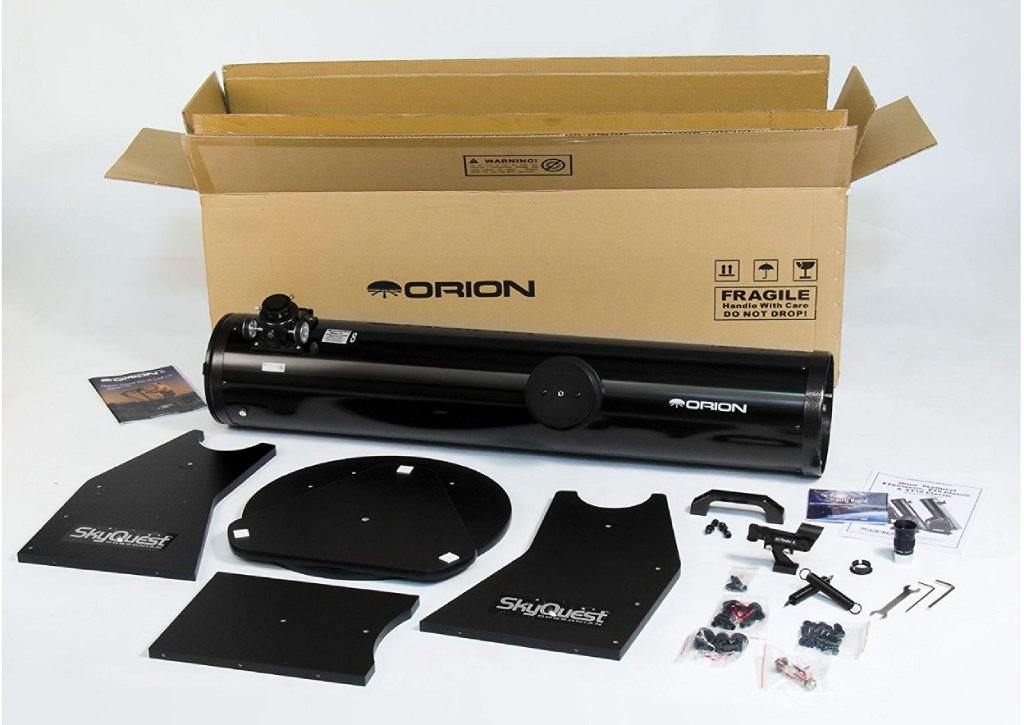 So, you'll definitely want to know where you're storing it before getting to that point.

The Orion SkyQuest is an investment at $380, but it's much cheaper than a lot of astrophotography lenses and you can use your iPhone to take incredible astronomy photos with this telescope instead.