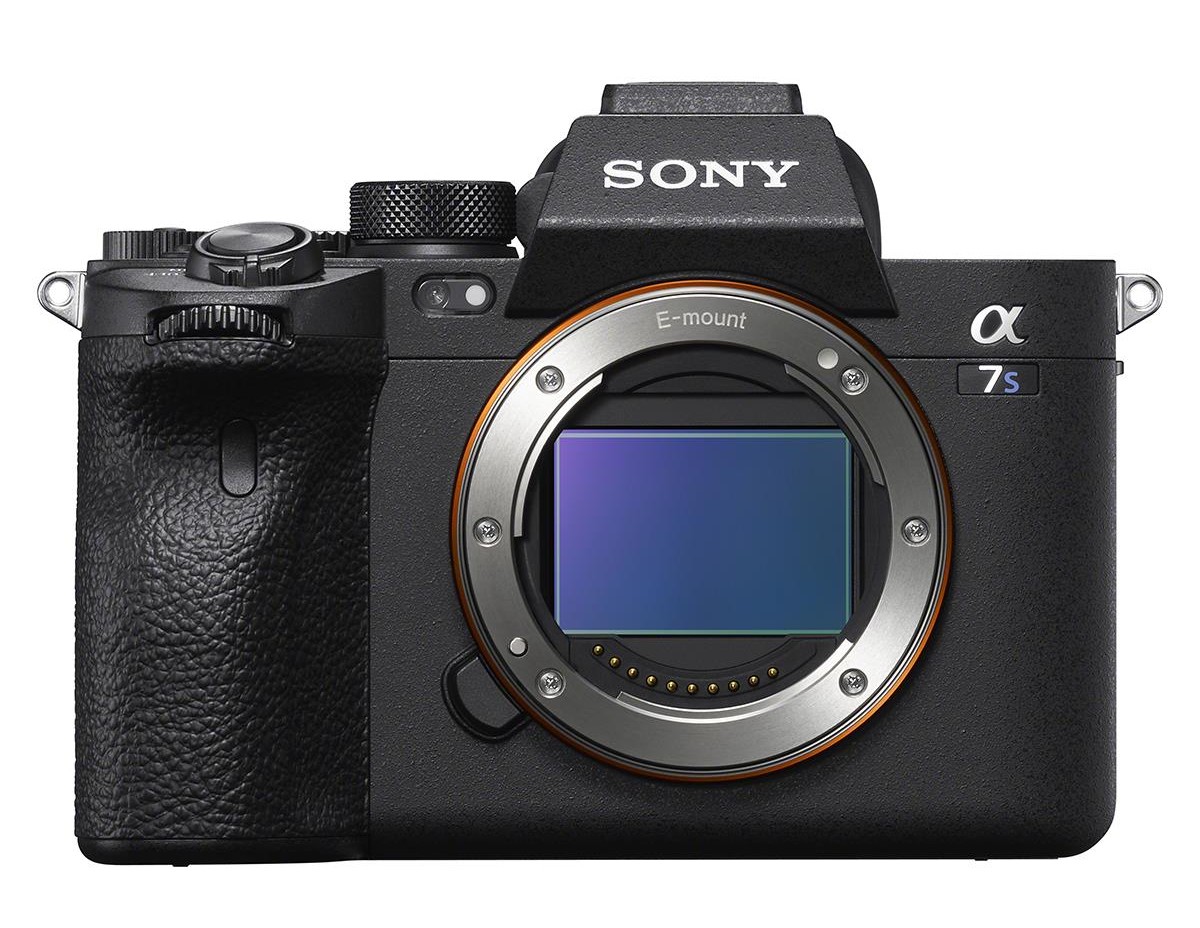 For all you Sony fans that have been waiting patiently for the Sony a7S III to drop, the wait is finally over.

You can pre-order your very own a7S III for $3,498.00 (body only), with shipments set to start on September 24, 2020. My guess is that there will be a lot of folks after this camera, so if you want one, I'd suggest pre-ordering sooner rather than later.

As discussed in the video above, this camera is purpose-built for low-light performance and optimal 4K video shooting. That's evidenced by the fact that this camera has a native ISO range of 80-102400 and an expandable ISO of 40-409600. Sony says this camera is capable of more than 15 stops of dynamic range. So, yeah...it appears to be a low-light shooting beast. 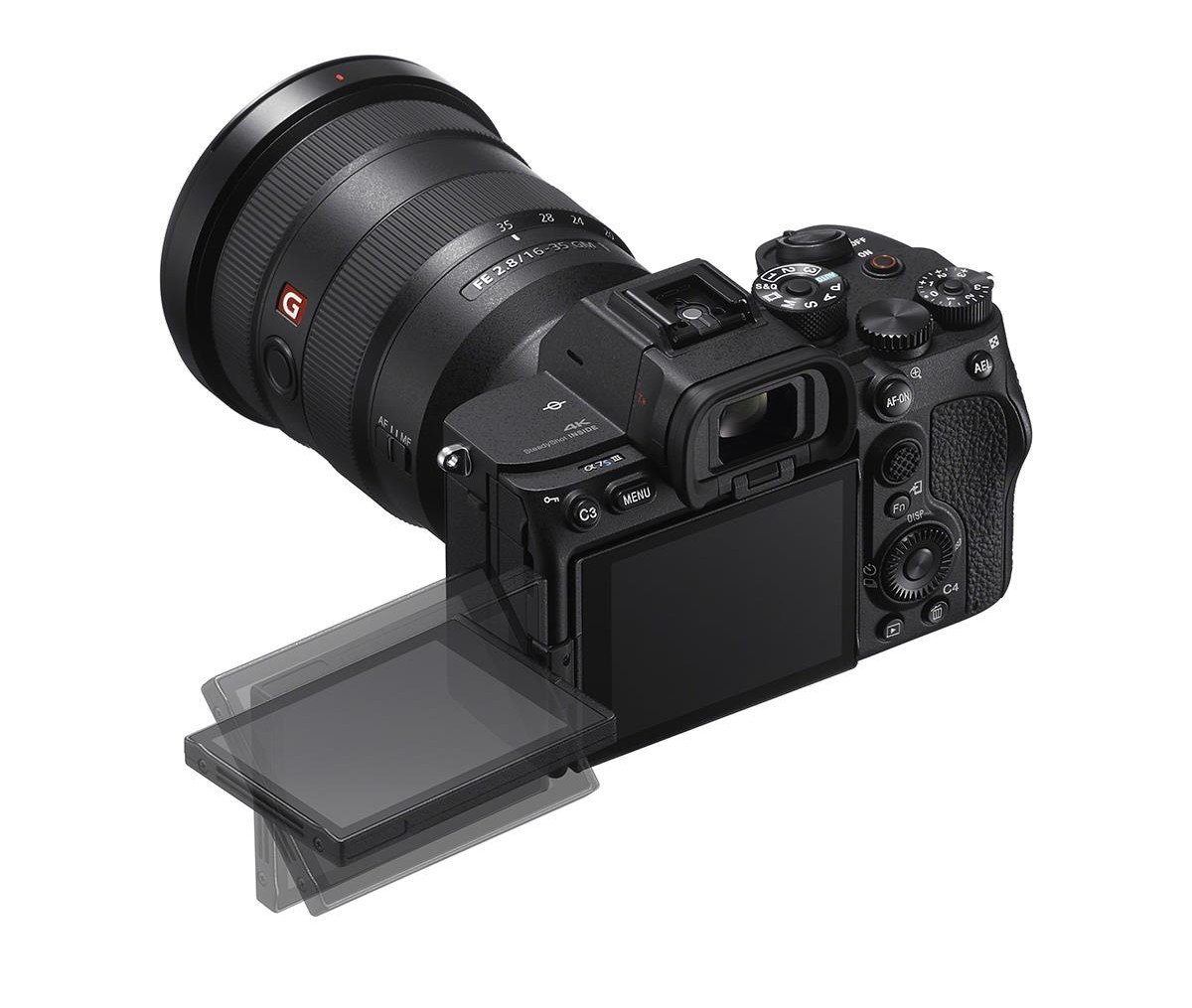 Let's quickly review some of this camera's major specifications:

Let's dive into some of these specs in a little more detail. 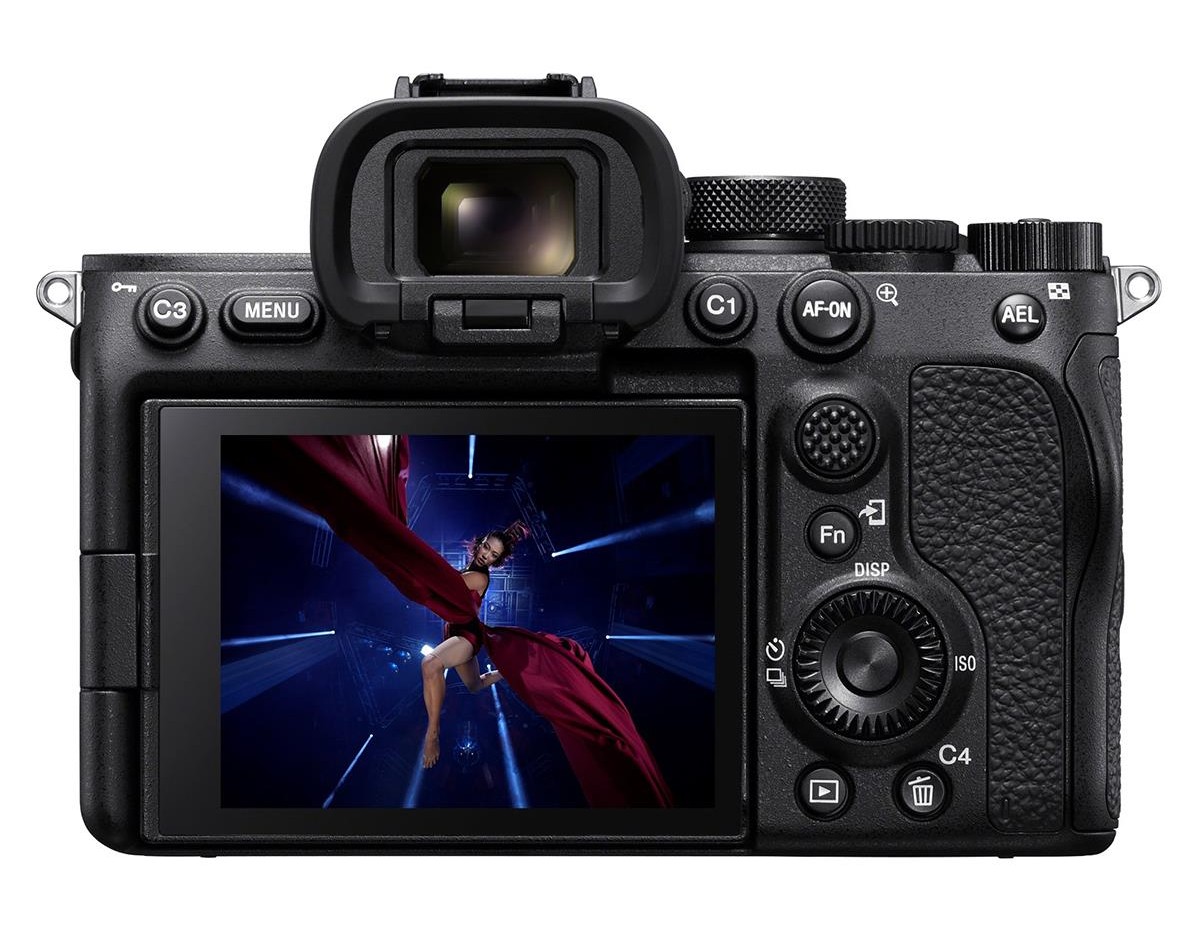 While some companies have recently released 8K capable cameras (I'm looking at you, Canon EOS R5...), Sony opted to forego 8K or even 6K capabilities in favor of crushing it with truly top-tier 4K video performance.

Additionally, the a7S III sports full frame 16-bit raw output (at up to 60p) to a compatible recorder. This is done using the camera's full-size HDMI port. This new camera also has the new XAVC-HS H.265 HEVC format, which offers double the compression efficiency as the XAVC-S H.264 MP4 recording format. There's also the option to utilize the XAVC-SI H.264 format with a bitrate up to 600Mbps in both full HD and 4K.

The a7S III is equipped with an upgraded 12.1-megapixel Exmor R imaging sensor that is backside illuminated, which helps with its light-gathering power.

Though it's "just" 12.1-megapixels, the camera benefits from larger pixels. These larger pixels are more capable of handling noise when shooting at high ISOs. They also offer improved dynamic range and better light sensitivity compared to cameras with a zillion megapixels crammed into the same sized sensor.

The updated sensor is paired with a brand-new processor, the BIONZ XR.

Sony notes that this new processor has a whopping eight times the processing power as its predecessor. All that speed impacts the performance of the a7S III in virtually every way. It helps improve color rendition, helps speed up monitor refresh rates, allows for faster autofocus, and minimizes processing latency for still images and videos as well.

What About Still Images?

There is no mistaking that this is a video-first camera. However, Sony has made attempts to make this an adequate camera for still photography as well.

The base ISO of 80 is a nice touch for low-light shooting while the Real-time Tracking autofocus capabilities will come in handy for action shots.

This camera also has a phase-detect autofocus system (more on that below) and the capability of shooting at 10fps. Add in a 1,000 shot buffer, autofocus performance down to EV -6, HEIF support, and better dynamic range, and you have a variety of tools that can help you take improved photos.

As noted, the autofocus system in this camera is phase-detect. It has 759 AF points that offer 92 percent coverage.

You get Real-time Tracking as well as Real-time Eye AF, which works for both still photos and videos. Sony claims that the a7S III can recognize subjects 30 percent faster thanks to its BIONZ XR processor. 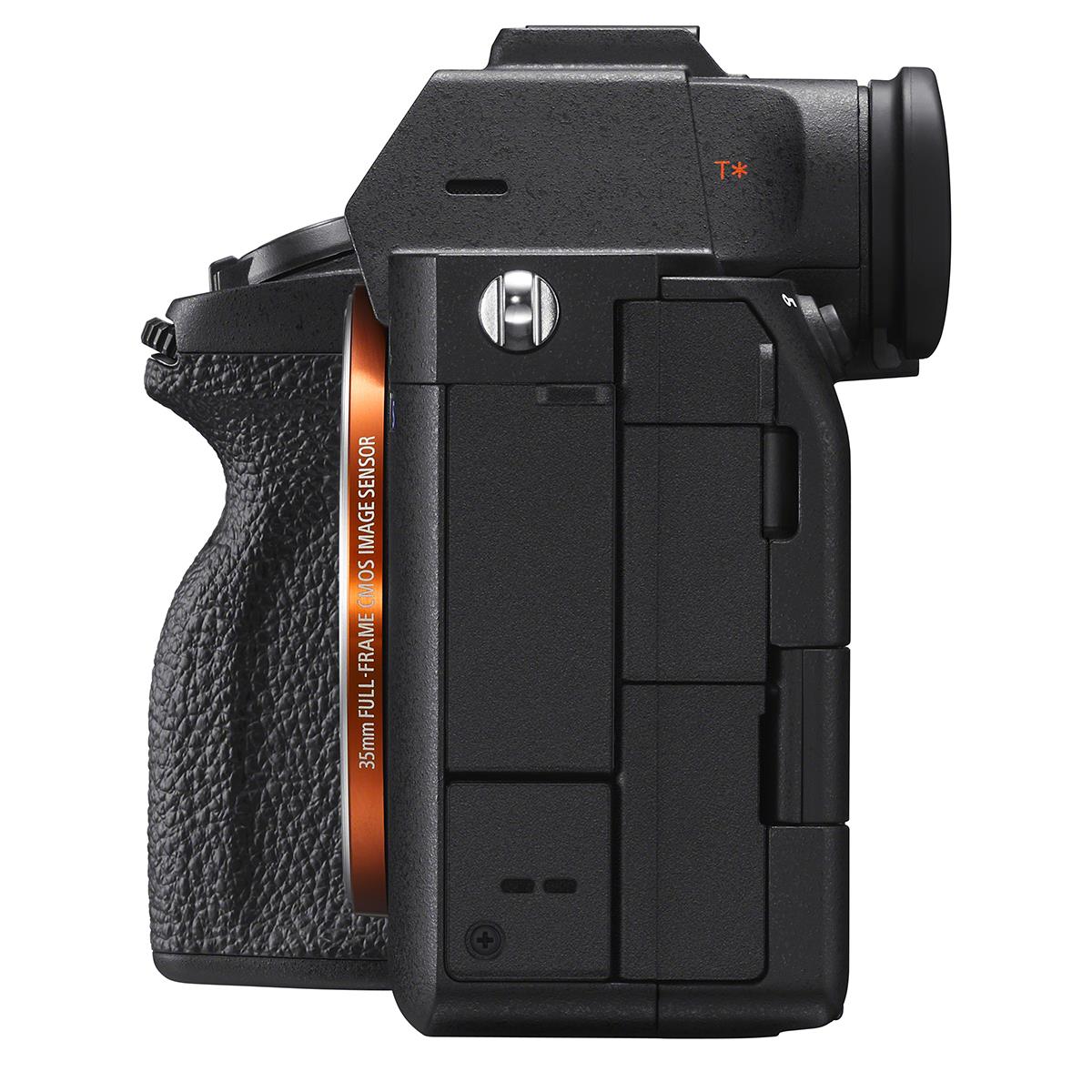 This camera is loaded for bear with connection ports:

The a7S III can also accept a wired LAN adapter and PC remote shooting can be accomplished using the 2.4GHz/5Ghz wireless LAN. You can also tether via USB.

On top of that, the a7S III's hot shoe sports a Digital Multi Interface, which allows for wireless communication with some audio accessories. 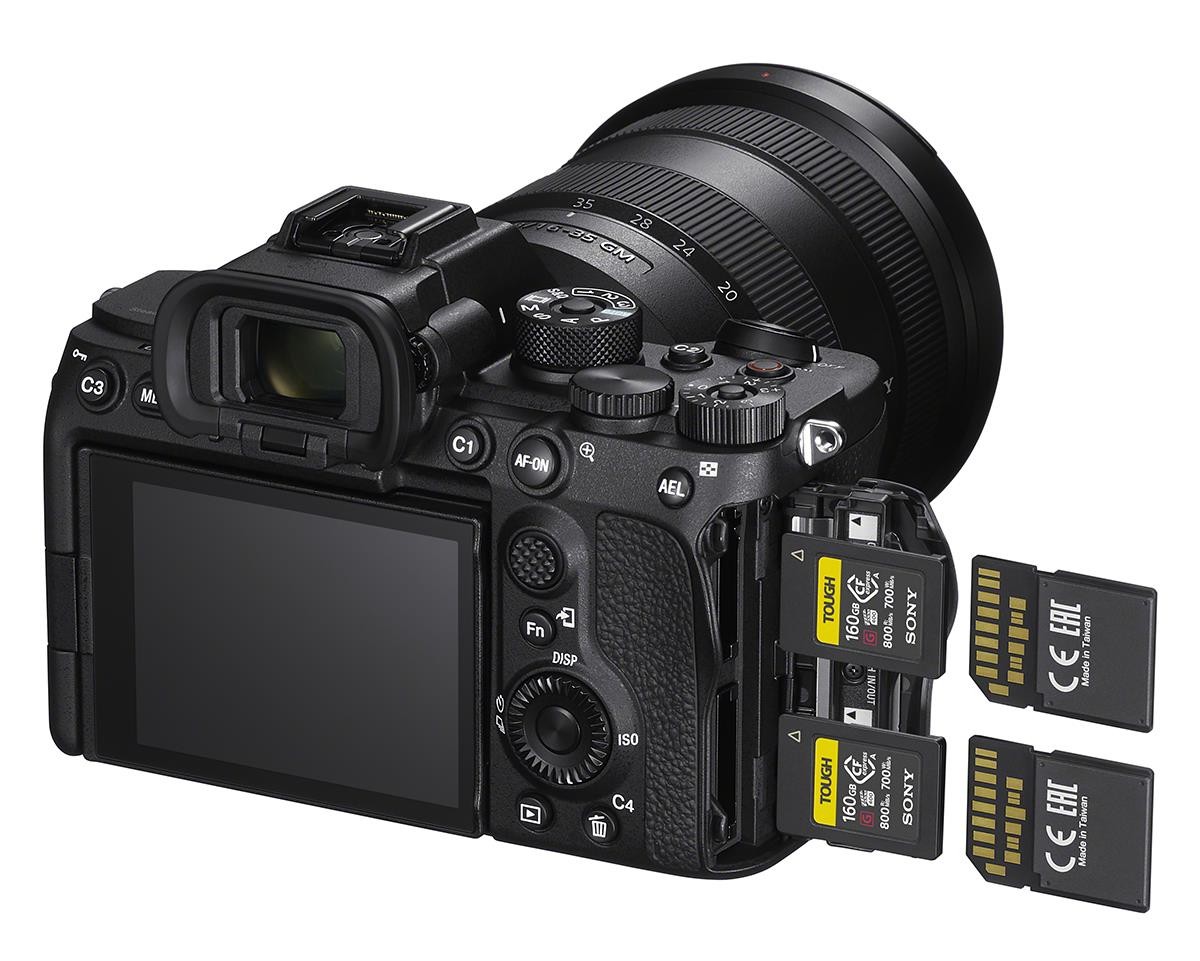 On the storage front, this camera has dual card slots, both of which are compatible with UHS-II or CF Express Type A memory cards. Both slots off the same speeds and can be used for simultaneous recording. The camera also allows you to save your camera settings to a memory card for later use.

Sony has for a long time faced criticism for its menu system, and finally they've come up with something that at least on paper appears to be a vast improvement.

The a7S III has a better visual interface and a menu structure that is far more intuitive. You can add a touch-enabled screen to the list as well.

To simplify things, when shooting still images, the menu will only show settings that are pertinent to still imagery. Changing to a video setting also changes the available menus to display only those options related to video. You can even store camera settings and picture profiles when switching between stills and video. You also get the capability of choosing which settings will be retained (at least among common settings like ISO, shutter speed, aperture, metering mode, and so forth).

Despite its incredible low-light performance and superb 4K video capabilities, the new menu system might actually be the best thing about this camera!