This Camera for Beginner Photographers is Under $200 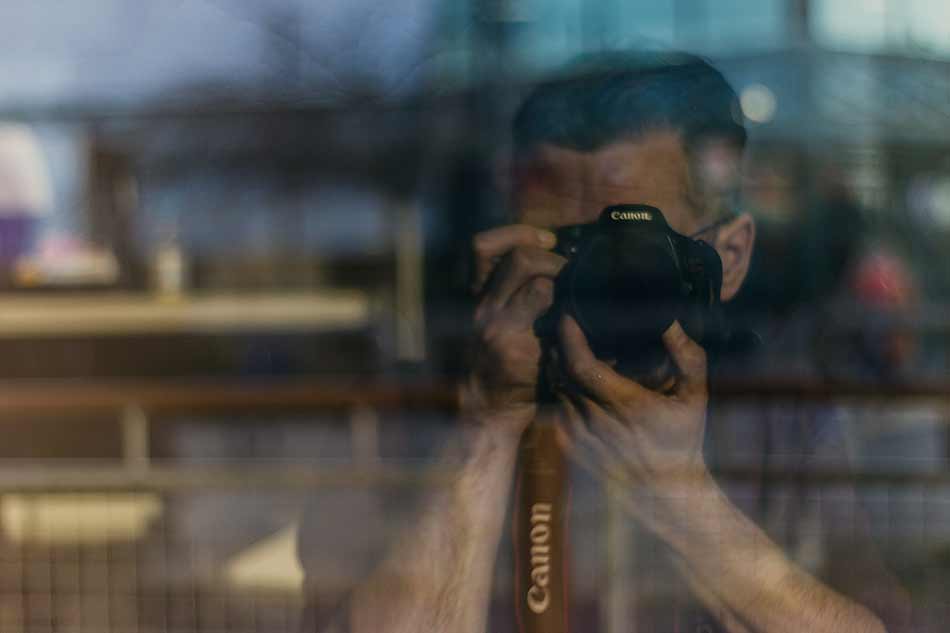 Photo by James Sutton on Unsplash

While the Canon EOS Rebel T5 definitely isn’t the most impressive camera you will come across in 2020, it is one of the cheapest, and most effective, for photographers who are just picking up their first real camera this year.

The Canon EOS Rebel T5 came out in February of 2014. It is an 18MP DSLR that was designed specifically for hobbyists. This means that its specs aren’t going to blow you away, but it is compatible with a wide range of Canon EF and Canon EF-S lenses so that new photographers can begin to learn how to work with different glass.

I hope to show you throughout this article. 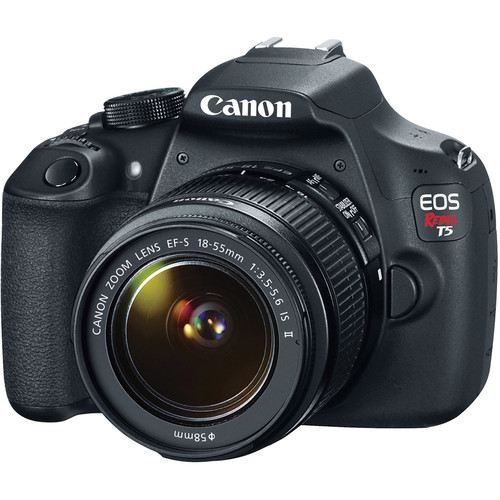 So, the Canon EOS Rebel T5 is primarily known for its build, as is the entire Rebel line. The camera is incredibly simple to operate and it even looks simple to operate. It features the sort of build that makes anyone think, “hey, I could pick that up and use it.” This is Canon’s magic formula.

At 1.06 lbs, the Canon EOS Rebel T5 is also light enough for an amateur photographer venturing out for their first few months of shooting.

Benefits of Shooting with a Canon EOS Rebel T5 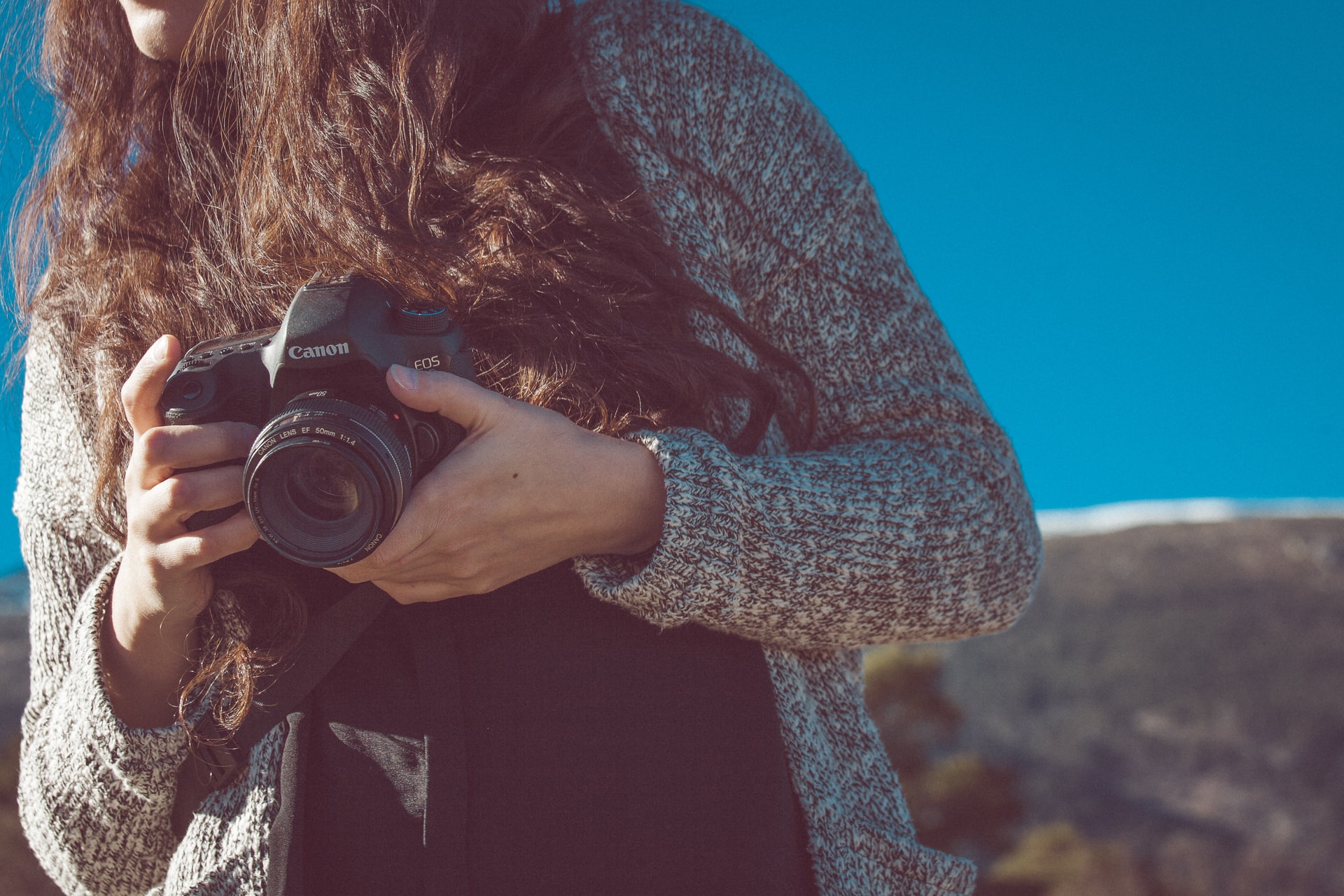 Photo by Mario Calvo on Unsplash

For adults, it only requires one hand for operating, which is part of the charm of the Canon EOS Rebel T5 design.

When it comes to image quality, this camera can handle its color accuracy beautifully. It also tested well with its automatic white balance. The one problem I’ve found here is that it doesn’t really appreciate incandescent light.

But, if you’re going to be using it in bright light, then you’ll get sharp images with bright colors. 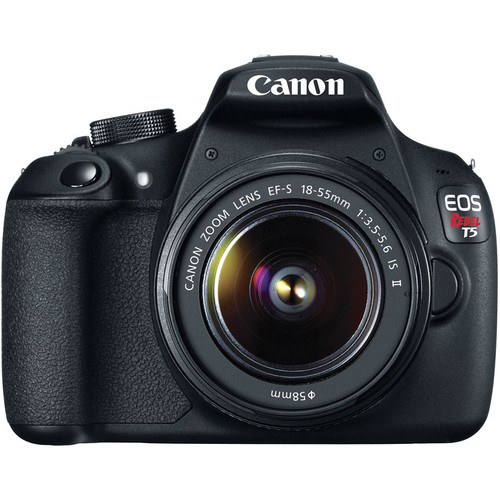 Another reason why the Canon EOS Rebel T5 is a great camera for beginners is its battery life. One of the problems I had when I first started my photography journey was making sure to remember to charge my battery every time I came home after a shoot. With this camera, battery life won’t really be a problem since you can get around 500 shots out of it with a single charge.

Additionally, you won’t feel pressured to set this camera up exactly how you like it because most of the controls are pretty straightforward and there aren’t many customization options even available on it.

Should you really want to create a custom white balance, for instance, you can do so using the menu button that’s located on the bottom right of the LCD screen. It isn’t the simplest menu to get through, but it doesn’t really need to be because you probably won’t be using it all that often.

Reasons Not to Purchase the Canon EOS Rebel T5 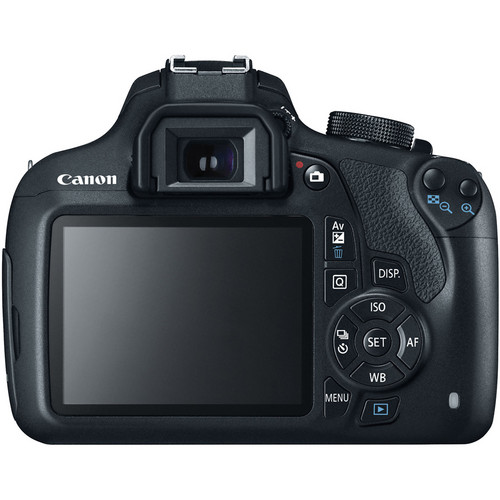 As for the Canon EOS Rebel T5 video performance, its low light sensitivity and sharpness aren’t wonderful. It can handle full HD video shooting, which is an improvement over the model it replaced, but this is not a good camera for a new videographer.

The autofocus on this camera while shooting video is also pretty bad, which is another reason not to purchase it solely for its video skills.

If you are a new photographer hoping to get into sports or wildlife photography, then this camera may not have all of the capabilities you will need it to. For instance, the camera will have lag if you’re trying to take multiple shots all in a row.

The Biggest Benefit of the Canon EOS Rebel T5 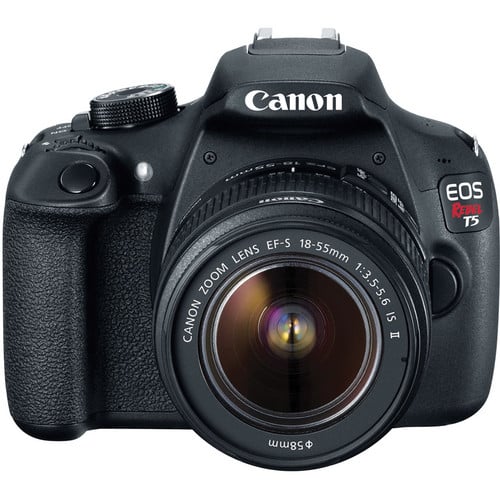 But, the biggest benefit of purchasing a Canon EOS Rebel T5 is just how cheap it is.

The Canon EOS Rebel T5 price was $550 when it first came out, but this price has dropped significantly since this point. While the Canon EOS Rebel T5 is no longer for sale directly from Canon, you can pick up a model from a variety of different used camera sites, like MPB.

MPB currently has 10 different versions of the Canon EOS Rebel T5 for sale. They are all in either “like new” or “excellent” condition and the cheapest of them is just $179.

One model has a shutter count of just under 3,000 shots, and considering the Canon EOS Rebel T5 is rated for a shutter life of 100,000 actuations, you’ll definitely get some life out of it before needing to upgrade.

While you can read more about why we shop on MPB in the learn more links below, I want to tell you a little bit more about it now.

MPB is known for having the best used cameras available on the market, so instead of trying to save money by purchasing used cameras locally through sites like Craigslist, which can be a pain at best and can cause safety concerns at worst, you can buy directly from MPB.

They also hire photographers to rate all of their equipment so you know what to expect when your new camera shows up at your door.

I’m a huge fan of purchasing used cameras in order to use that saved money on lenses, but I’m a bigger fan of doing so in a safe, easy way. Check out MPB to learn more.